comments Share
You are reading
Citizens of Earth – PC Review

Ready to be the Vice President of the World? You have just won the election for said title, and while the saying is “It’s good to be king” – it might be better still to be the Vice President. Your mom wakes you up and makes your meals and even when things get a little hairy, you can delegate to your underlings so they basically do all of the work that you get credit for. Of course, when everything starts to go crazy around your character, it turns out that this may not be the best gig ever. This is the backdrop for Citizens of Earth, a game that feels like a throwback to both Suikoden and Earthbound. While that may seem like a crazy mix, they play very nicely together in what is an often hilarious RPG. 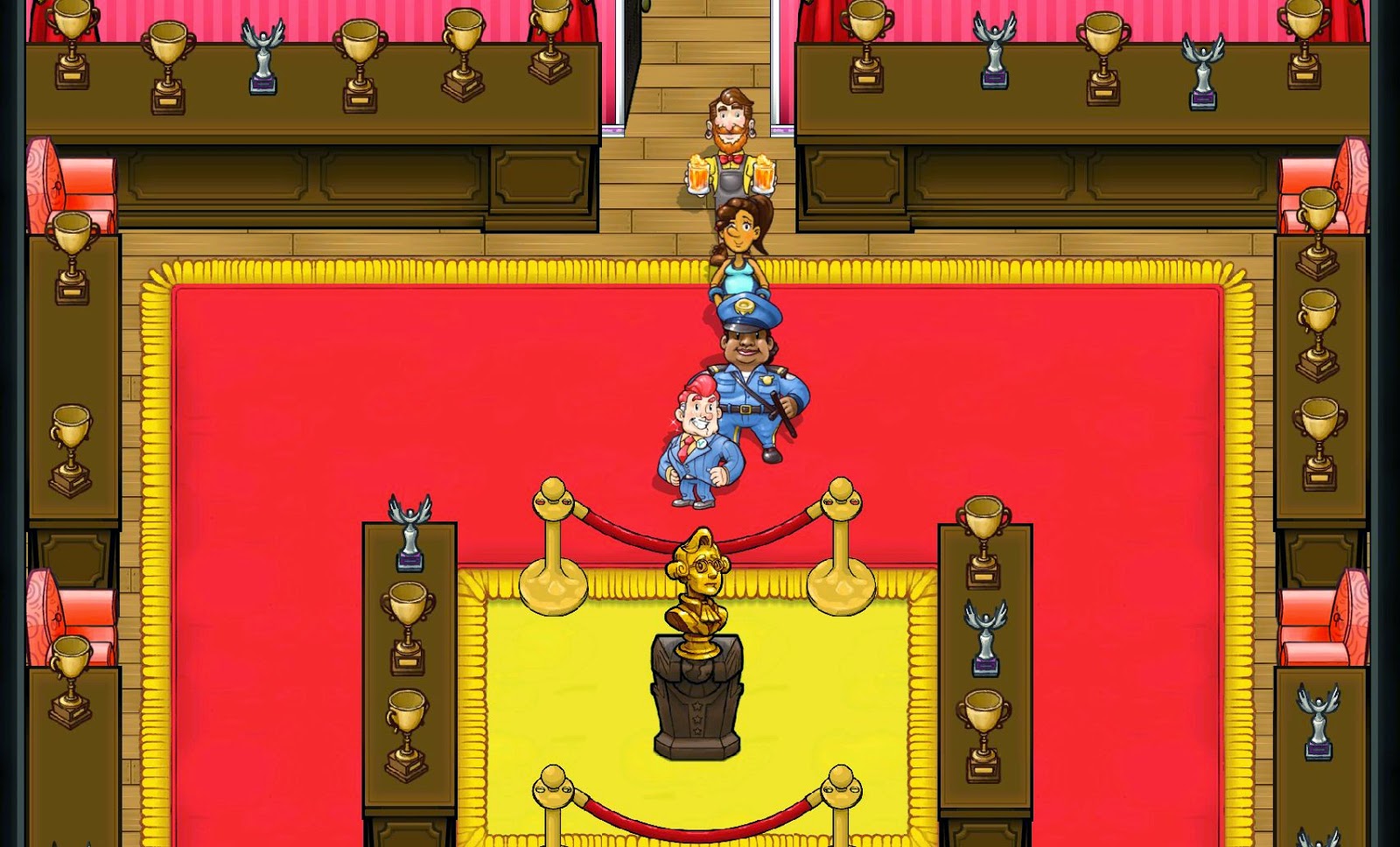 Citizens of Earth is a throwback to the 16-bit era of RPG games. Turn-based combat will look very familiar to fans of Earthbound, though it can be a bit of a slog. Choosing between different kinds of attacks is actually fun as you build up to more powerful ‘overdrive’ moves. What really helps the combat along is the extensive cast of characters that you can choose from for your party.What holds the combat back is that it lacks the charm of Earthbound’s combat and turns into a fairly slow back-and-forth as these super attacks build up and tend to hurt the game’s pacing.

This is where I reflect on the Suikoden games. You can recruit up to forty people to your  team. They come from many different walks of life, from baker to your mom and more. Both of these characters have healing abilities in combat, but they can have roles outside of combat as well. Mother dearest is always right there ready to impart some sage advice (whether you want it or not) while someone like the baker can also serve as a shop owner outside of combat. 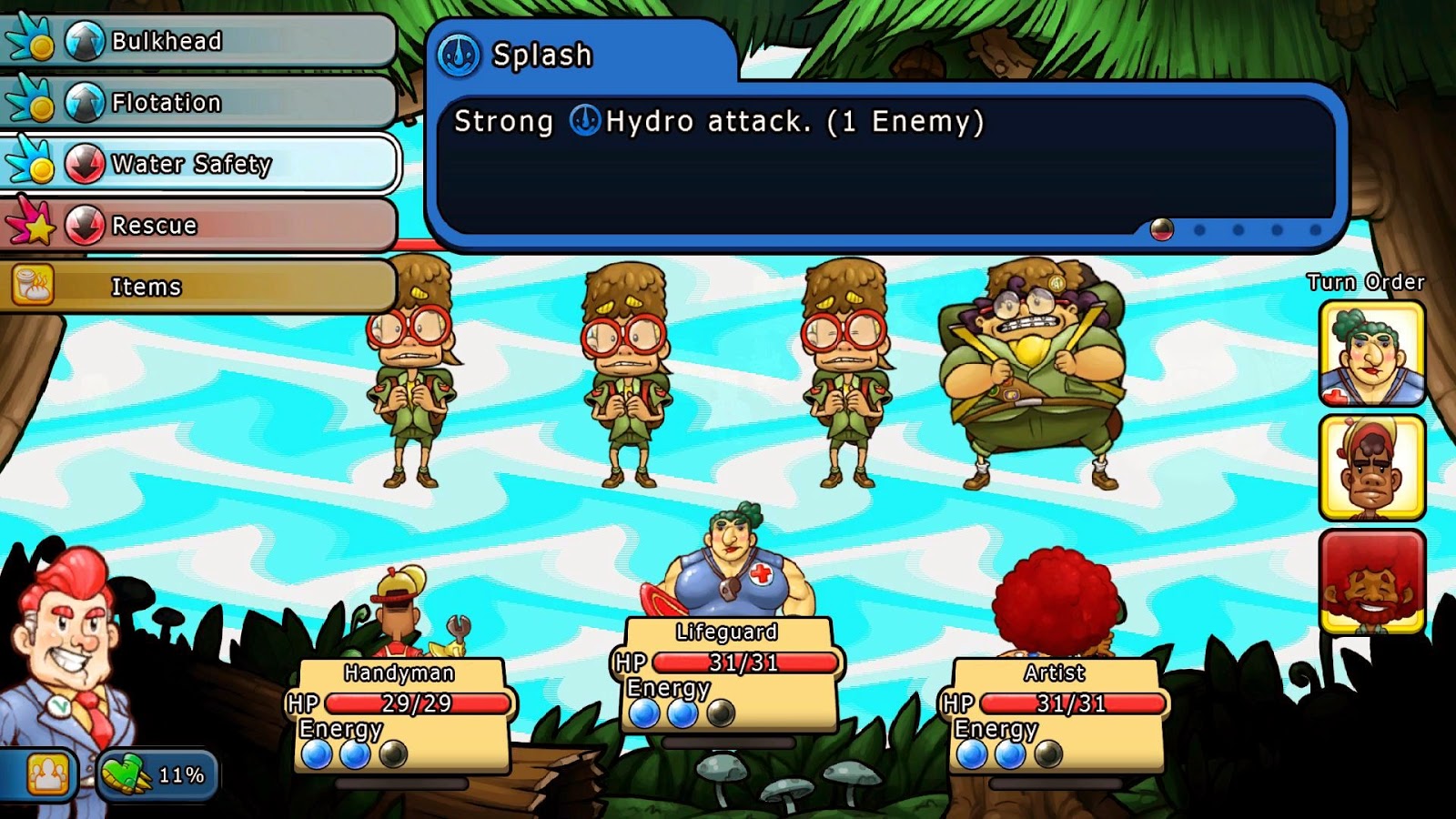 Recruiting members to the team usually amounts to little more than listening to some dialogue and then running off to perform some sort of a fetch quest. Because you engage visible enemies on the screen, you can usually avoid combat if you wish to focus on a quest at the time (which was usually how I felt when running one of these questions for a soon-to-be-minion), though the hit detection seems just a little touchy at times and can make travel somewhat frustrating when you get roped into battles you did not want to at that time. Additionally the number of quests can border on mind-numbing.

It feels like almost all of the quests are based around some sort of a fetch mechanic. While that works as a type of quest, it just felt like I spent more time doing experience gaining quests than the storyline itself. Of course, only some of these quests lead to anything substantive. It is a great feeling when you add another to your band of merry misfits as it is fun to take the newcomer for a spin and see what they are like in combat. However, since there are far more quests than the recruitment ones out there, and those only really yield experience, you are more or less just going through the motions on those. Thankfully most of those quests are often quite funny, though some of them do miss the mark in terms of attempted humor. 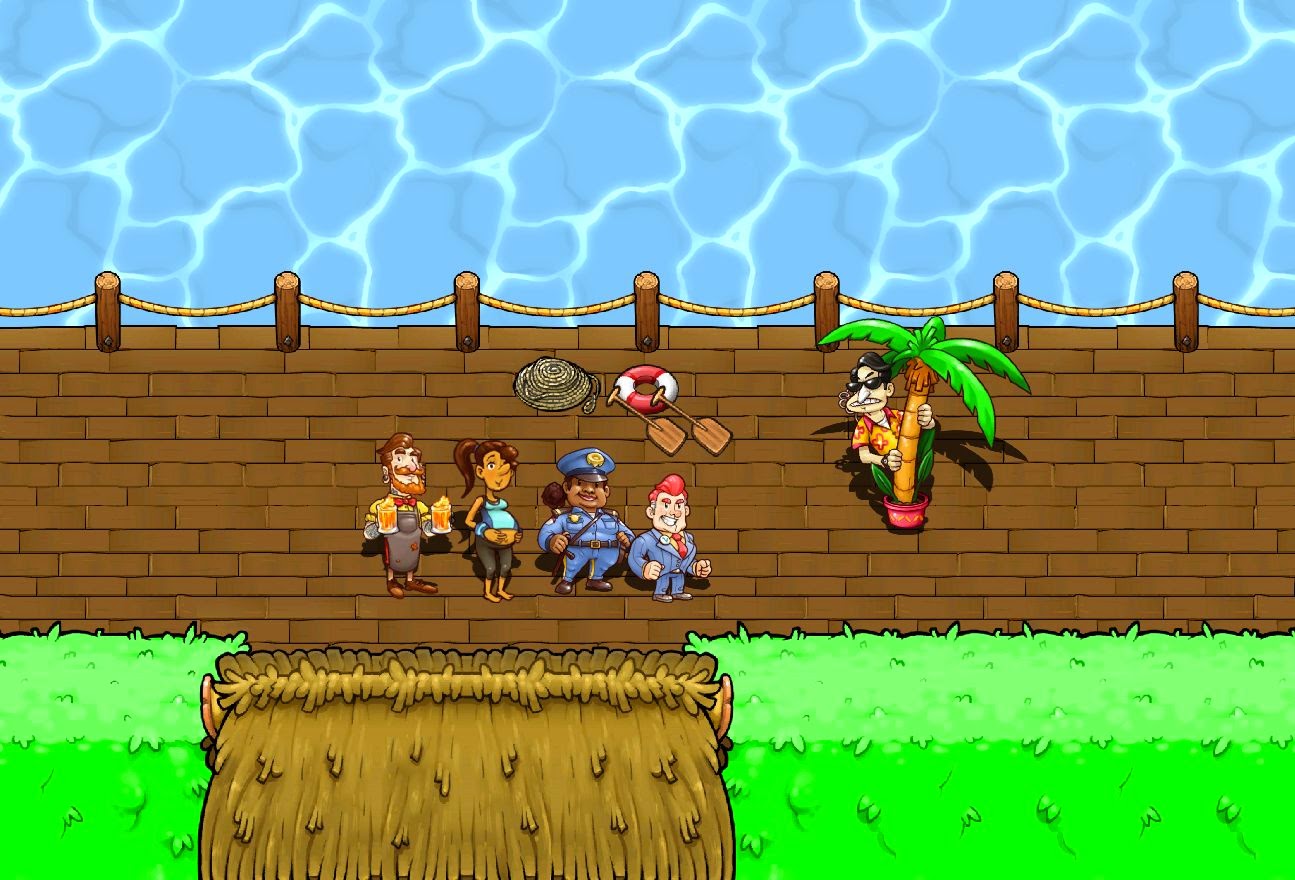 Visually Citizens of Earth is a treat. The cartoon visuals really shine through on the rounded, amusing characters. While the story has plenty of funny moments, the interactions with others are what truly stood out with often hilarious dialogue that complimented the plump, cartoony characters. The environments are also solid, as they provide a good deal of variety and just when an area feels like it might be overstaying its welcome, you often find your Vice President moving onto bigger and better things in all new locales. True to its old school roots, Citizens of Earth does not have a lot of fancy interface options (such as automatic mapping) so it can be a bit easier to get lost than I would have liked at times (but then I do not have the greatest sense of direction in real life or in games).

The music is charming and compliments the comedic theme of the game, but the dialogue is what really sells it. The citizens are ridiculous with plenty of tongue-in-cheek moments emphasized by excellent voice acting. If there is a downside to that, the voice overs do not occur all of the time. When you do hear them, they are funny – but quite often the dialogue is only accompanied by sounds meant to simulate the talking character. The story is irreverent and fun, but the zany citizens are what sells the narrative as a whole.

Citizens of Earth is a throwback to older RPG games while attempting to add some modern day humor to the mix. The combination is strange, but like adding the huge Suikoden style party, it all works out to create an enjoyable experience in the end. There are a few places where Citizens of Earth could feel just a bit more polished, but fans of RPGs and plenty of humor should find a good deal to enjoy here.