My recent review of Forza Horizon 2 was fairly glowing; I truly enjoyed racing around southern France and northern Italy. With some of the best views in racing, Horizon 2 surpassed my hopes and dreams in nearly every single aspect of the open-world racer. Just two short months after Forza Horizon 2’s release, racers are heading back to the second coming of the Horizon Festival with the release of the first DLC “Storm Island.” Adding in not only a new island for racers to tear across, but extreme weather and a strong focus on off-road racing, Storm Island adds a handful of new race circuits to an already massive open-world racing title. 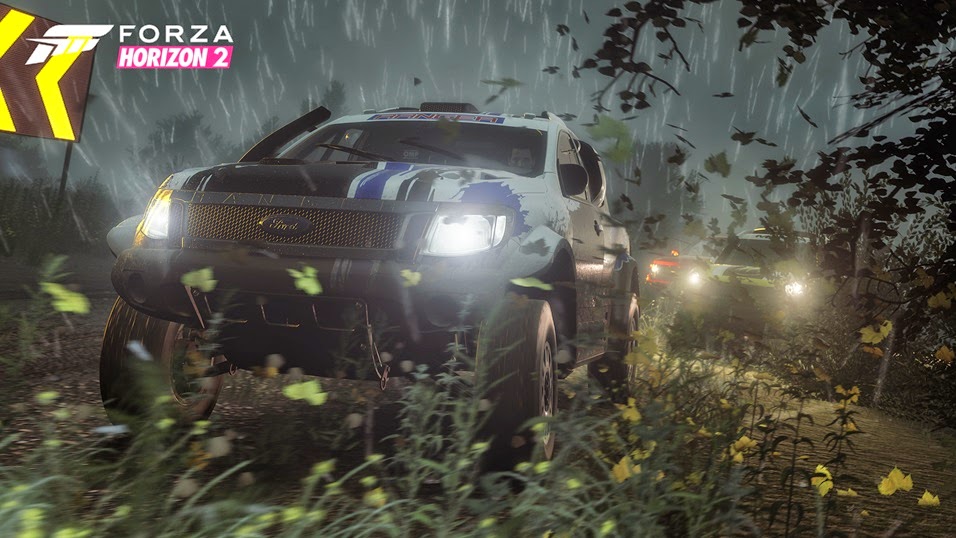 As Storm Island is more of a content update than anything else, graphics are largely unchanged outside of one addition; a dark and stormy inclement weather pattern. Everywhere you go on Storm Island will have trees and leaves whipping around as torrential downpours slam into your off-roading machine (I am partial to the new Ranger that is in the DLC) and just like the primary game, the weather pattern will absolutely affect your driving capabilities.

Rather than taking to actual roads you are tearing through dirt paths and off-road and the driving can become very slick and very fun. Ripping through a turn in a controlled sideways slide while mud flies all over the place is absolute bliss and Storm Island accurately recreates the precariousness of driving in crummy weather on a rally course. While the weather is super awesome (I love a good storm …) the effect is completely lost on you if you use the cockpit view. Outside of the horrid driver arms that Horizon 2 uses (which I mentioned in my review of the primary game), the whipping and terrible rain that is outside of the car is not translated to the interior. The wiper blades move at a slow, steady pace and rain will splash lightly on the windshield completely belying the wicked storm that plays out if you use an external camera view. 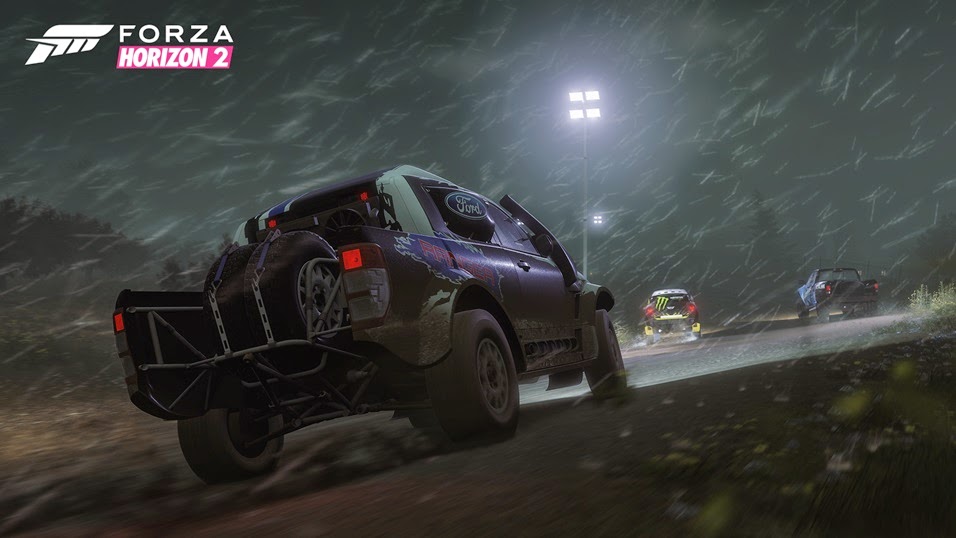 It is quite jarring and breaks the racer away from how crazy the weather really is. In addition to the lack of any sort of rain on the windshield you would think that all the mud that is getting thrown around in these races that some of that mud makes it to your windshield. Well, you would think wrong. The windshield stays nice and clean with its small spattering of rain. It would be excellent if a future update would address this where the storm outside is adequately depicted in the cabin, and maybe even a little mud on the windshield would help with the realism factor.

Given that it is generally gloomy (I love it!), rainy, stormy, and downright nasty outside races will be a bit more challenging than those in the core game. When you add in a generally dark atmosphere, cover it with gobs of water and mud, then have racers careening through everything from soggy, bush-filled fields to wet vineyards to dense copses of deciduous trees, you have a recipe for some extremely intense racers. I spent more of my time on the edge of the couch, leaning towards my television with a white-knuckled grip on my controller in a handful of circuits on Storm Island than I did in all the entirety core game. 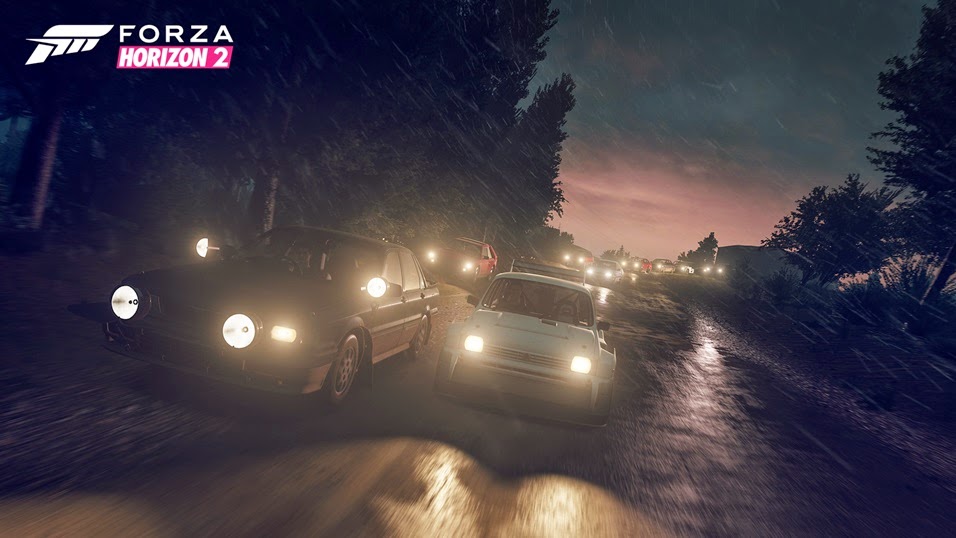 In the few dozen races on Storm Island I think I had almost as much fun as some of the longer, straighter races of the primary game, all because every single moment behind the wheel was nail-bitingly suspenseful. Screaming through the near-dark, wind-whipped valleys and forests of Storm Island is an extremely rewarding experience and one that takes an excellent game and makes it even better (something fairly difficult to do with DLC these days).

The Storm Island DLC, in my opinion, was released at a perfect time; just before the holidays as gamers were just starting to put Forza Horizon 2 back on the shelf, the DLC releases and pulls them all back. While it is a fairly common tactic for game developers, it rarely pays off as well as Storm Island did. Adding meaningful, intense, and downright awesome content to an already stellar game is a feat unto itself and Storm Island certainly added all those plus more. Spending a dozen or so hours in new content for a whole pile of new races and circuits in an environment that challenges your every gear shift, the latest DLC offering for Forza Horizon 2 is a wonderful addition. If this is a taste of things to come for the Horizon franchise, I am well and truly excited.