comments Share
You are reading
Forza Horizon 2 – Xbox One Review

The original Forza Horizon was a departure from the atypical Forza formula in that it was an open-world racer rather than a circuit-based simulator that is the Forza Motorsport line. I recently reviewed Forza Motorsport 5 for the Xbox One and was absolutely thrilled with the quality of the game so Forza Horizon 2 had a lot to live up to. Forza Horizon for the Xbox 360 was a wonderful game that I spent dozens upon dozens of hours playing, buying up cars, dominating the street races, circuits, and other race types (the first time I raced against a plane in a Showcase event I was absolutely thrilled). Now with more power than ever before, Forza Horizon 2 makes its debut on the Xbox One with significantly updated graphics, an utterly massive open world, and more races and events than ever. 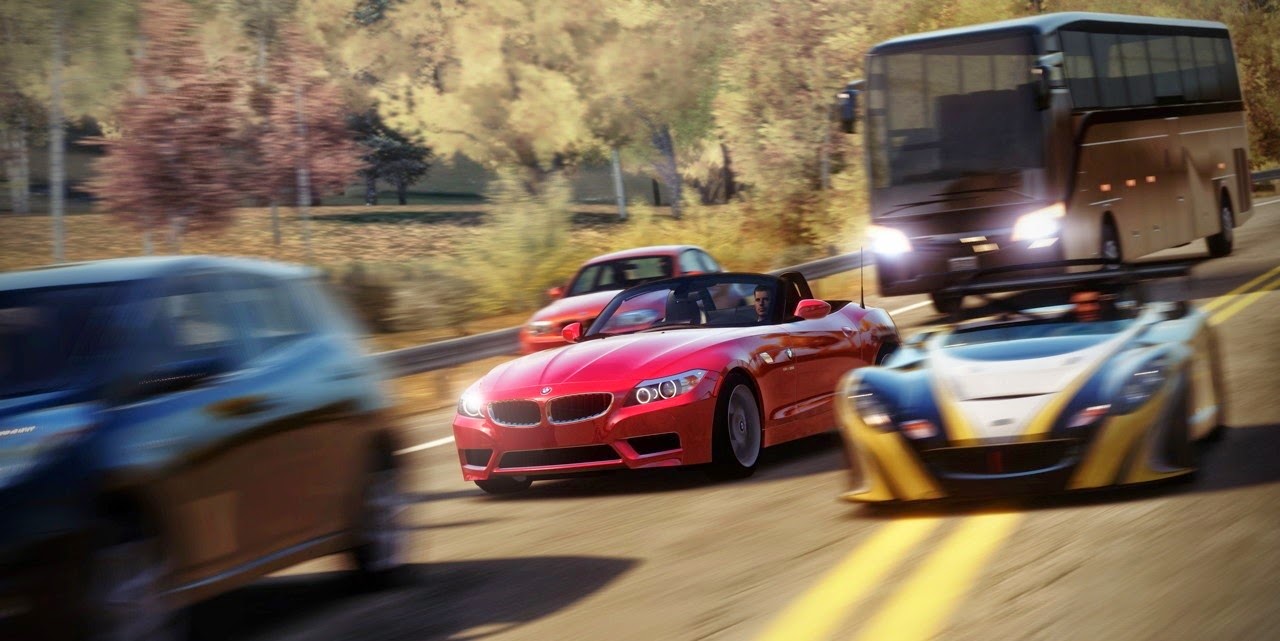 Horizon 2 is a great looking game, from the absolutely beautiful vistas that you are greeted with in southern France / northern Italy where the Horizon Festival takes place, to the stunningly rendered vehicle models, no matter where you look you will be greeted with gorgeous views. When compared to Forza Motorsport 5, Horizon 2 does not look as detailed (you can see the textures on the leather-bound dashboards in Motorsport 5) though it is likely due to the fact that Horizon 2 is absolutely massive when compared to the tight tracks of Motorsport 5. One of the more impressive graphical features in Horizon 2 is how driving off-road is handled. Not only do you see tire tracks, but grass and other bushes are realistically lain flat after driving through them and frankly, driving off-road in Horizon 2 is one of my absolute favorite things to do.

While vehicle damage is certainly there, the crumpled looks of my Audio RS 5 seem a little too soft, as if the damage model has been downplayed quite a bit. I personally would like to see a bit more carnage after careening into a tree at 150+ MPH; as it stands your window will crack a little and there will be a few dents in the door. For as realistic as the game is, the damage models could be far better. While the Forza franchise (Horizon or Motorsport) have always given a bevy of camera angles, my personal favorite is the interior cockpit view, which somewhat accurately depicts the same view you have when you are behind the wheel of a real car. There are a few glaring problems with it though and the first of them are the utterly, and laughably horrible rendering of your driver’s arms. Seriously, they look terrible, we are talking early days of Xbox 360 quality. The Xbox One is far more capable of providing high quality content and the arms of your driver are just hideous. On top of the craptastic arm models you have this highly restricted field of view; your view only covers about half of the total width of the windshield.

You can see about half of the rear view mirror to half of the driver’s side mirror, greatly limiting your field of view to unrealistic proportions, which is a pity since the interiors of the cars are recreated in perfect detail. Had there been an option to change the field of view, or even just turn your head, I could forgive the transgression that is the arms of your driver, but the limited field of view put a damper on the cockpit view. Fortunately one of the other views that you can use places the camera at the base of the windshield/start of the hood of the car and it works quite well (even though visibility is reduced when off-roading, as it would be in real life, but that is absolutely a-okay with me). Outside of the terrible arms and quirky cockpit view though, Horizon 2 is simply gorgeous. 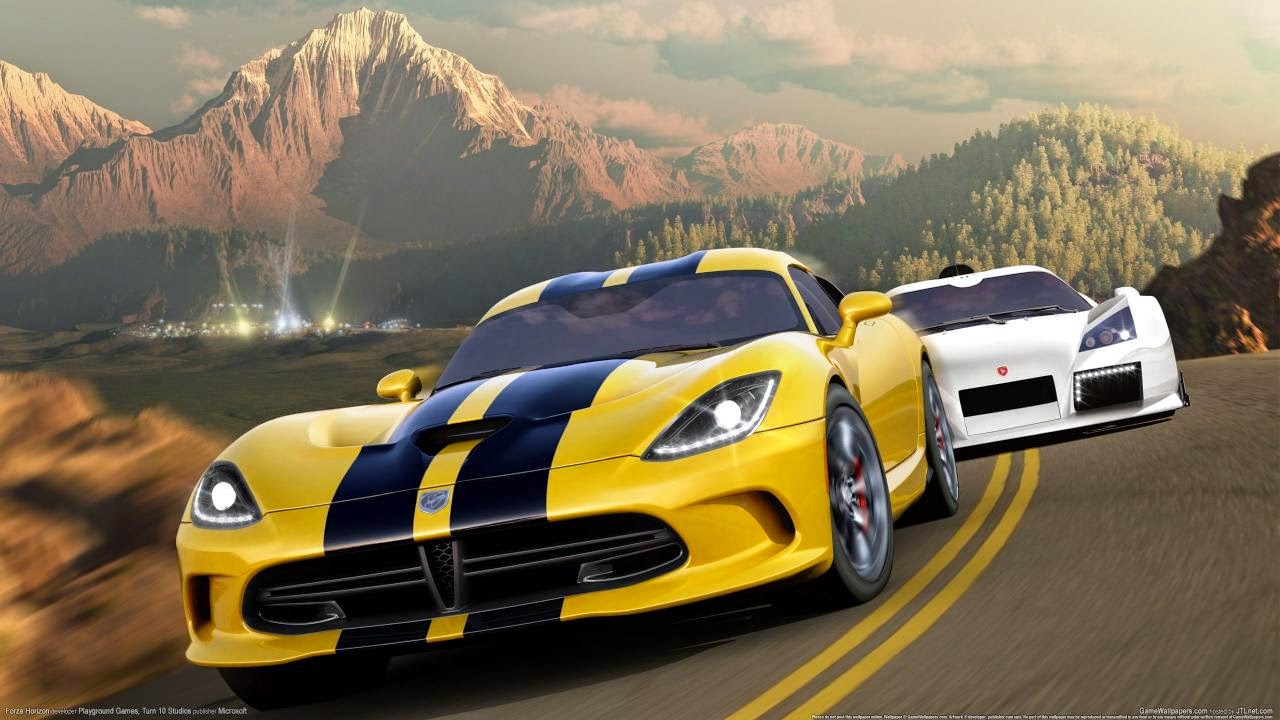 Ahhh … the purr of 450 horses out of the eight cylinder powerplant in the Audi RS 5 (my favorite car of all time) is a wonderful thing. Playground Games, the development studio behind Forza Horizon 2 must have spent hours upon hours perfectly recreating the audio of each of the engines in various states of upgrading; for instance, the base-model Toyota Supra that you can get has a decent enough sound as it is, but once you twin-turbo it and set your gear ratios, the sound is pure heaven. And that is out of a nice six-cylinder engine. In the larger engines, like Audi’s eight cylinder or even the V10 and V12’s in the various hypercars, the audio even changes pitch with the quality of the supercharger/turbochargers; even the type of exhaust that you put on the vehicle will give your ride a perfect rumble.

The biggest downfall to the games audio comes in the form of the soundtrack for the various radio stations, outside of the radio station Lamante, which plays classical music, the different stations all play horrible dubstep-style music that just does not fit with the overall aesthetic of the game. Imagine driving through lush, curvy hills with the sun setting behind you through a serene countryside setting … then hearing rave music on the radio. It does not fit, which is why I prefer the classical music radio station (which is still hopelessly devoid of more than a handful of songs on repeat) though after 60+ races I tired of the the music and began playing the game with the radio off. While it is a bit more of a nitpick, the crunch of a vehicle hitting a well is unsatisfying however, the crunch of vehicle-on-vehicle is a glorious thing. It is just a weird disconnect between the two, and who knows, maybe Playground Games felt that its players were better drivers than I and expect them to spend far less time crashing into trees and buildings.

While Forza Motorsport is a very structured racing simulator, the Forza Horizon games are very open-world, allowing you to race around and pick your own races and follow the progression that you wish. As with most open-world games, Horizon 2 is about choice. Your main goal is to get invited to a final Horizon Festival race where the champions of the series gather to duke it out, but the path to accumulate the wins necessary is completely up to you. I personally have a thing for the Super Saloons racing circuit (which my beloved Audi RS 5 belongs to, along with other European performance vehicles like the BMW M3 and M4 belong) so I spent a large portion of my time racing those cars. I also have a thing for good ol’ American retro muscle (because ‘Murica!) where I can race my 1970 Corvette or 1986 Buick GNX (aka that lovingly crafted and gorgeous Grand National) to my heart’s content. 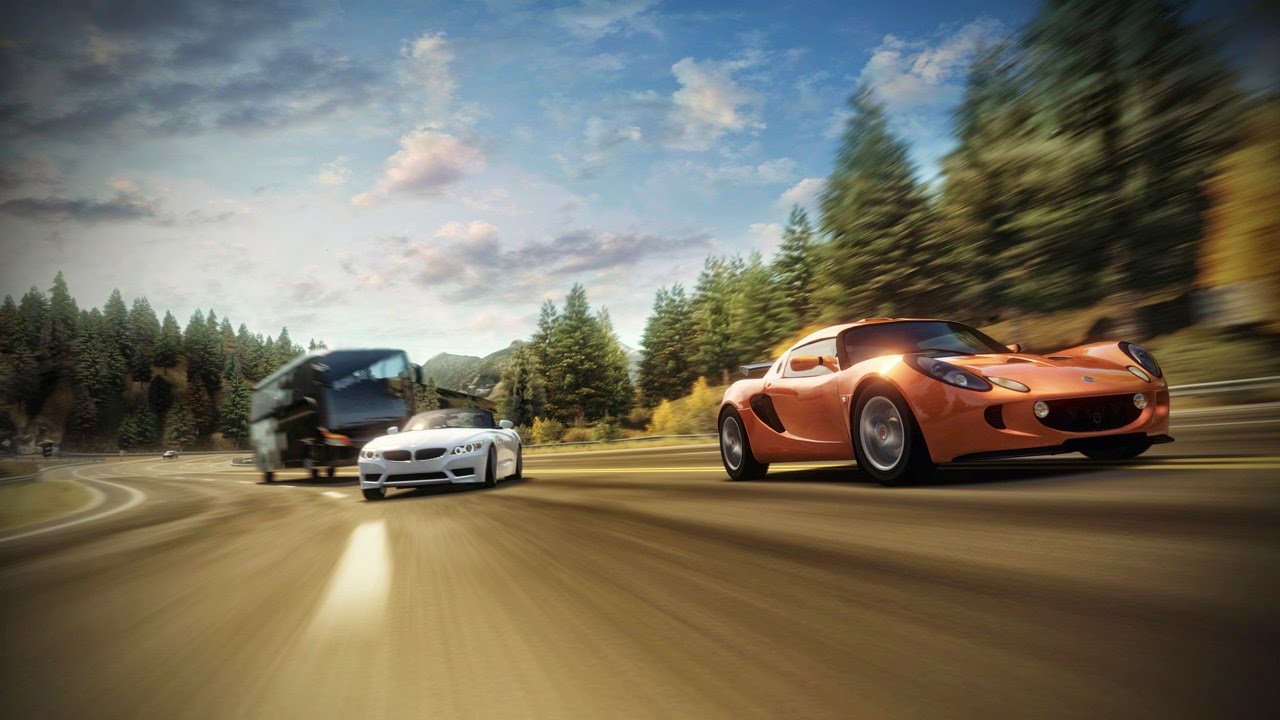 On top of the retro muscle circuit you can also get into the growing popular market of modern American muscle where you will find your Ford Mustang Shelby GT350, Camaro, and Corvette-class vehicles.  If rally cars are more your thing, or the super popular JDM (Japanese Domestic Market) genre, where you will find your Subaru WRX STi’s, Nissan Skylines, and Mitsubishi Lancer Evolutions, then you have the choice to race those circuits. There are literally a dozen or two different classifications of circuits so you can pick and choose which races you want to compete in (or just compete in them all!) based on your vehicle preference. A nice little change to Horizon 2 over the original is that races do not have spec requirements meaning you can go through and set up your Honda Civic Si to be the ultimate supercar (giving it an A class or higher rating when it starts off as a C class racer) and the other cars in the race will be tuned to a similar spec. This means that while the power of your car is important, the focus is more on skill than it is on raw performance power.

I like the new take, especially because some of the races are set up to discourage driving cars that are all decked out in S2-class performance parts. Some of the twisty-turny courses are an absolute challenge when you are driving a car that is designed to break away from the pack in straightaways; there were a few times where I would start a race and realize that my car out-performed the track and needed to go back and either re-tune my car or switch to a completely different car altogether. Seriously, there are no end of options for race aficionados in Horizon 2. On top of the sheer number of upgrades, tuning tweaks, and paint shop options, there are about a bazillion and two cars to choose from. Being something of a fan of cars myself, there were a number of models that were available that had me bouncing in my seat, such as the oft-aforementioned Audi RS 5, the Skyline GT-R, Shelby GT350, and one of my personal favorites, the Nissan 370z. Naturally the list does not end there, though. If you want to pick up a McLaren P1, you can. Always wanted to drive a Bentley? They have those too. More of a classic car fan? Alright, pick up an old Stingray or an Olds 442. Are trucks more your thing? Then pick up a Ford F150 Raptor. Seriously, the list goes on and on … and on.

Forza Horizon 2 is addicting; it has options, endless options, and caters to any form of racing game fan out there. You can fine tune your vehicles or let the game upgrade them as you see fit. You can choose to race in circuits that are more your style or you can challenge yourself to race in unfamiliar territory (such as the off-road circuits, which are fun as can be and have really won me over). With all of the options that are available to you, one would think that it would be easy to get lost or overwhelmed, but that is not the case. Instead Forza Horizon 2 patiently guides you along the course of the game, urging you on in the right places and pointing out other less obvious features (like the new Bucket List challenges or the returning Barn Find challenges). Forza Horizon 2 is a game that literally anyone with a speed fetish (or a vehicle fetish) can pick up and play and have trouble putting down. While there are some graphical quirks (lack of a solid damage model and some of the worst arm models I have seen on a new-generation console) and a mostly-poor soundtrack, Forza Horizon 2 is certainly one of my favorite titles of the year.