Neverwinter Nights is not a game you will show your friends to impress them. It’s old and its graphics look very poor compared to those of modern productions. However, it is a fine choice if you want to be immersed in a world where strange creatures, mystical forests and long forgotten treasures await the intrepid adventurer. 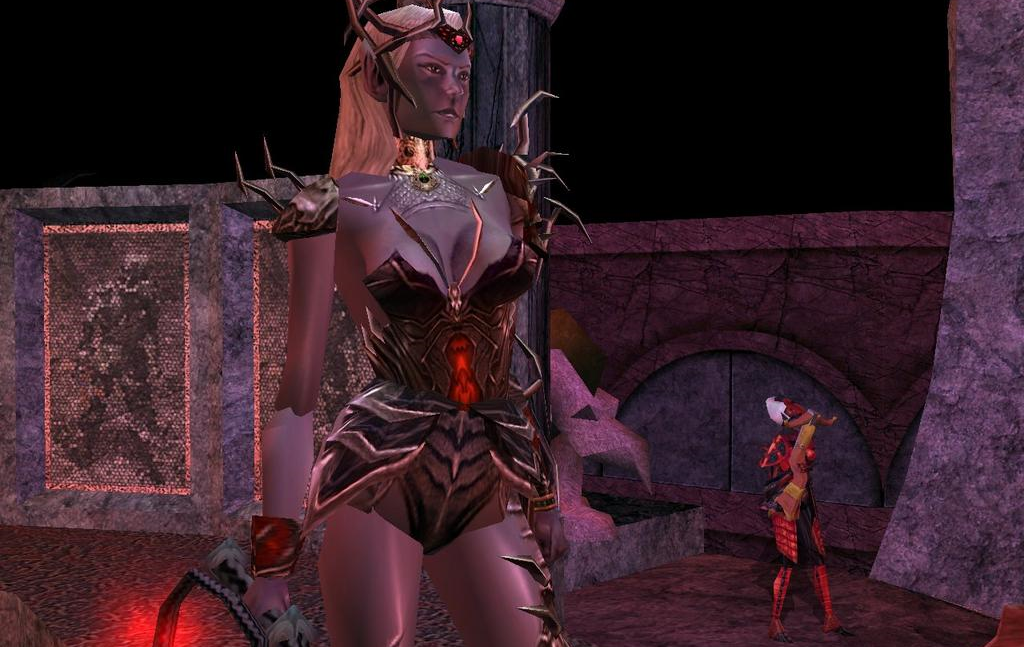 The story is about saving the rich city of Neverwinter from a plague. It seems, however, that this evil has no natural causes but was planned by someone who wants to take advantage of the ensuing chaos. Lady Aribeth, one of the most beautiful women ever to grace the realms, helps you by offering advice and healing. In your quest you control one character, chosen among different ‘races’ (human, dwarf, etc) and classes, such as paladin, ranger or rogue. Depending on your selection you must approach the game’s challenges in a different way, e.g. the sorcerer is weak and should avoid physical contact with enemies.

During your adventure you gain several ‘feats’. Some of them are passive and are always on, e.g. the monk has ‘improved evasion’, helpful when dealing with traps. Others must be activated, such as the ‘flurry of blows’. Many feats are not available to all characters and some of them have a positive and a negative aspect (e.g. reduced precision and increased damage), thus motivating you to think. Feats let you improve your effectiveness and the same happens if you hire a henchman. However, the selection of your character and his/her attributes -strength, dexterity, constitution, intelligence, wisdom and charisma- at the beginning of the game will affect your performance in combat heavily until the end, so choose carefully.

You start with a tutorial that teaches you the basic controls and introduces the story. Then you go to the center of Neverwinter, the only remaining safe area. You can find several stores there, so remember to visit them. Your quest soon takes you to the other quarters of the city, which are dangerous but may also contain a cure for the plague. After some time you will need to leave for the wilderness and face new, deadlier opponents. Thankfully, your character will be stronger by then, with better equipment and skills.

The story is complex and well written. The characters, dialogue and quests are of top quality. I will never forget what happens after the inhabitants of Neverwinter discover how the plague was spread. Their reaction is realistic and the result is one of the most dramatic events in a video game. Besides the main quest, you have the chance to help people in various ways. For example, I defended a man who was wrongly accused of murder and stopped an ever-lasting war among a tribe of faeries and a tribe of dwarves, caused by a nefarious dragon. 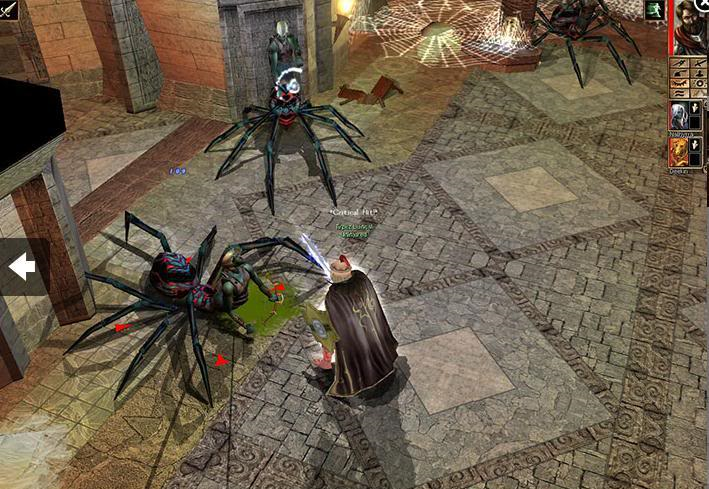 I finished the game with an elf monk and enjoyed her combat prowess. Even at the beginning she was no weakling, however, as she leveled up and acquired new feats she could send groups of enemies to oblivion in a few seconds, delivering kicks and punches to every direction and dodging blows like a martial artist. With the addition of a pair of magic gloves and light armor she became one of the best fighters I had ever seen.

The graphics have nice colors and a variety of locations, such as city streets, houses, river banks and abandoned castles. Enemies are humans, beasts and monsters, e.g. robbers, wolves or trolls. The models and objects are a bit crude and the visual effects are nothing special but they help you imagine you travel around a vast, unique world. I also love the character portraits, designed in the same style as in Baldur’s Gate and Icewind Dale.

The sound is very good, both in terms of music and voices. The music sets the tone for an epic adventure and the voices add depth to the characters.

The control is excellent. The circular menu that appears when you right click somewhere lets you check your available options immediately -open a chest, attack an enemy with your currently equipped weapon, cast a spell, etc-. The interface has easy to read buttons for everything, e.g. resting to replenish your health and spells/feats, seeing a useful map of the area, selecting a special attack or drinking a potion, opening your inventory or character screen and reading your quest log.

The game’s difficulty depends on your initial choices and patience. There are situations where you may have to run to survive and I was forced a few times to resort to special tactics to win: there was a maniac with a huge sword waiting for me in a forest and he slaughtered my pretty elf monk every time I engaged in melee combat. So, I took a bow and started spraying him with arrows. When he came close I ran away and as soon as I was far enough I did the same thing. Not brave but certainly effective! What matters is that the game never becomes unfair.

Neverwinter Nights is a fantasy role playing adventure that rewards you more the longer you explore it. It took me many hours to finish but they were well spent. If you are a fan of Forgotten Realms you should have already played it. 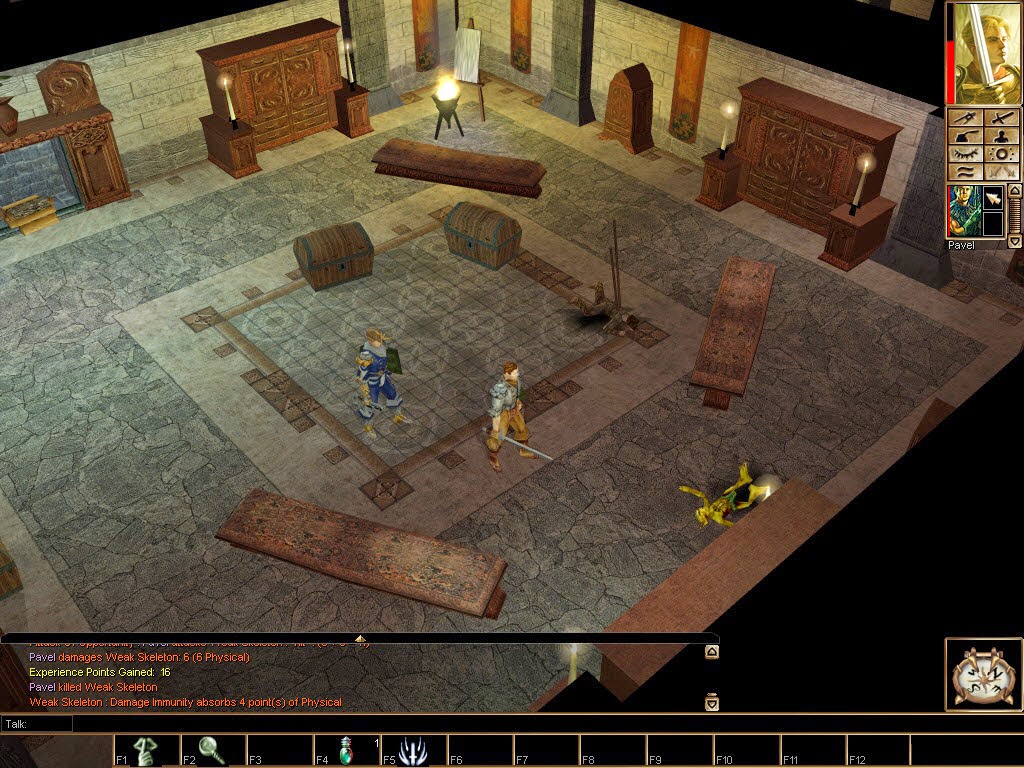