Much to my delight the Visual Novel genre has suddenly become a bit more popular in the last half of 2014 and the first part of 2014. Being a massive fan of Anime and Manga, I have always wanted to see content that is similar to those mediums come to the West. Fortunately with the success of titles like Danganronpa and the slew of projects published by Sekai Project, I have been living in a fairly fantastic dream world. Enter 2015 and the first VN that I am able to get my hands on is Sunrider Academy by Love In Space. 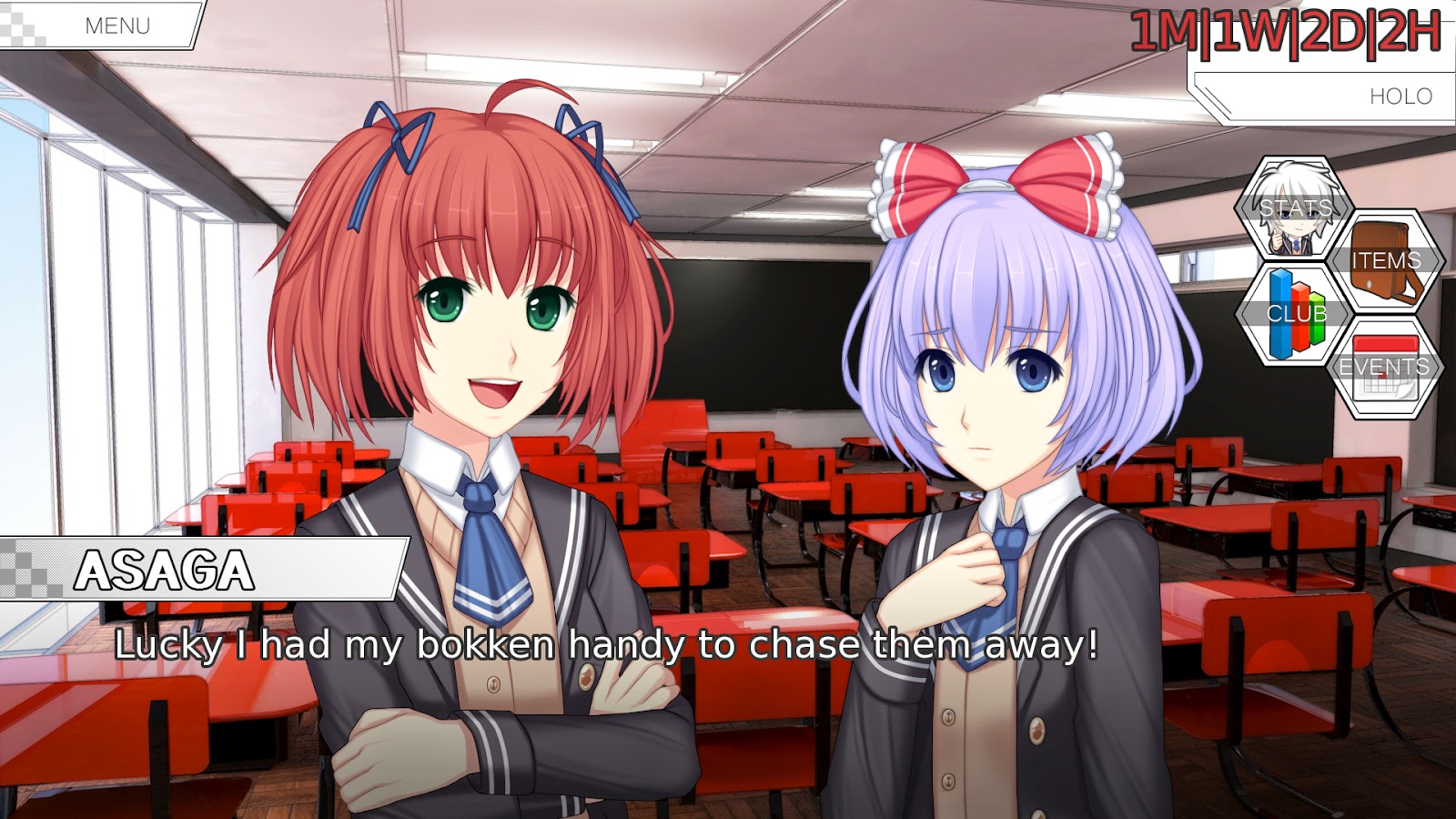 Placing you in the shoes of the newly appointed Club Manager, Kayto Shields and your task is to take a handful of troublesome school activity clubs and manage them. Apparently over the last few years these clubs have been shirking their monetary responsibilities and it is time for the Student Council to step in and manage the clubs and bring them back to some semblance of profitability. Naturally, as Kayto learns more about the club leaders, he finds that they have a pile of issues that only he can deal with. Is Sunrider Academy a solid entry into the ever-growing visual novel / simulation genre?

Somewhat outside of the norm for me, I feel that one of the most important aspects of a visual novel is the artwork. With relatively little gameplay, visual novels absolutely have to impress in both the artwork department and the storyline. In addition to those aspects, audio is important, especially if there is any form of voice acting (which, in Sunrider Academy’s case, there is none), as it needs to keep a reader focused while not overpowering the story. Those of you that have been around long enough know that I am something of an audio freak where I can nitpick some of the smallest oddities or mishaps. 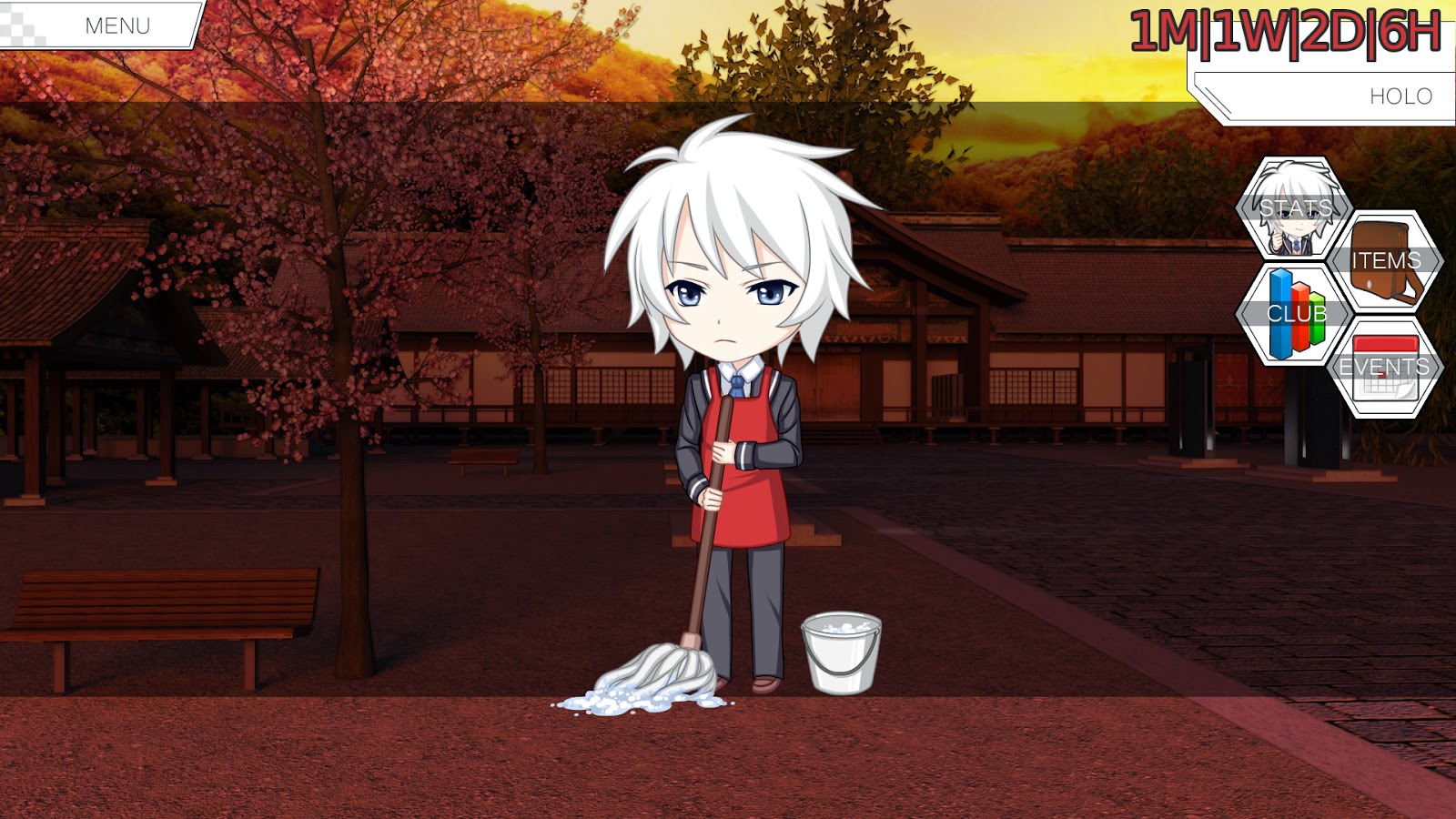 Fortunately the music for Sunrider Academy fits right in with the style of art that is used, as well as the overall story. The soundtrack is interesting but in no way overpowering, think of it like you would the soft hum of background music in a corporate lobby that is designed to both entertain and put a visitor at ease. My biggest issue is that there does not seem to be enough tracks, but that may be more because I enjoy the tone more-so than an average gamer might.

On top of the solid soundtrack you have some very impressive artwork; the static backgrounds are wonderfully rendered or drawn, providing a “lived-in” feel while still being clean and interesting. The highlight to the art; well drawn characters help bring the rather comical story to life, though they do seem to not fit in with the backgrounds at times. With the generally-rendered, sometimes-drawn backgrounds (that look very nice) having the very well drawn anime-style characters on top of the background can be a bit odd. It does not happen all the time, but I noticed it most in some of the more standard areas, like the hallways while you decide where / what you are going to do next. Not jarring or overly game-breaking, but noticeable. 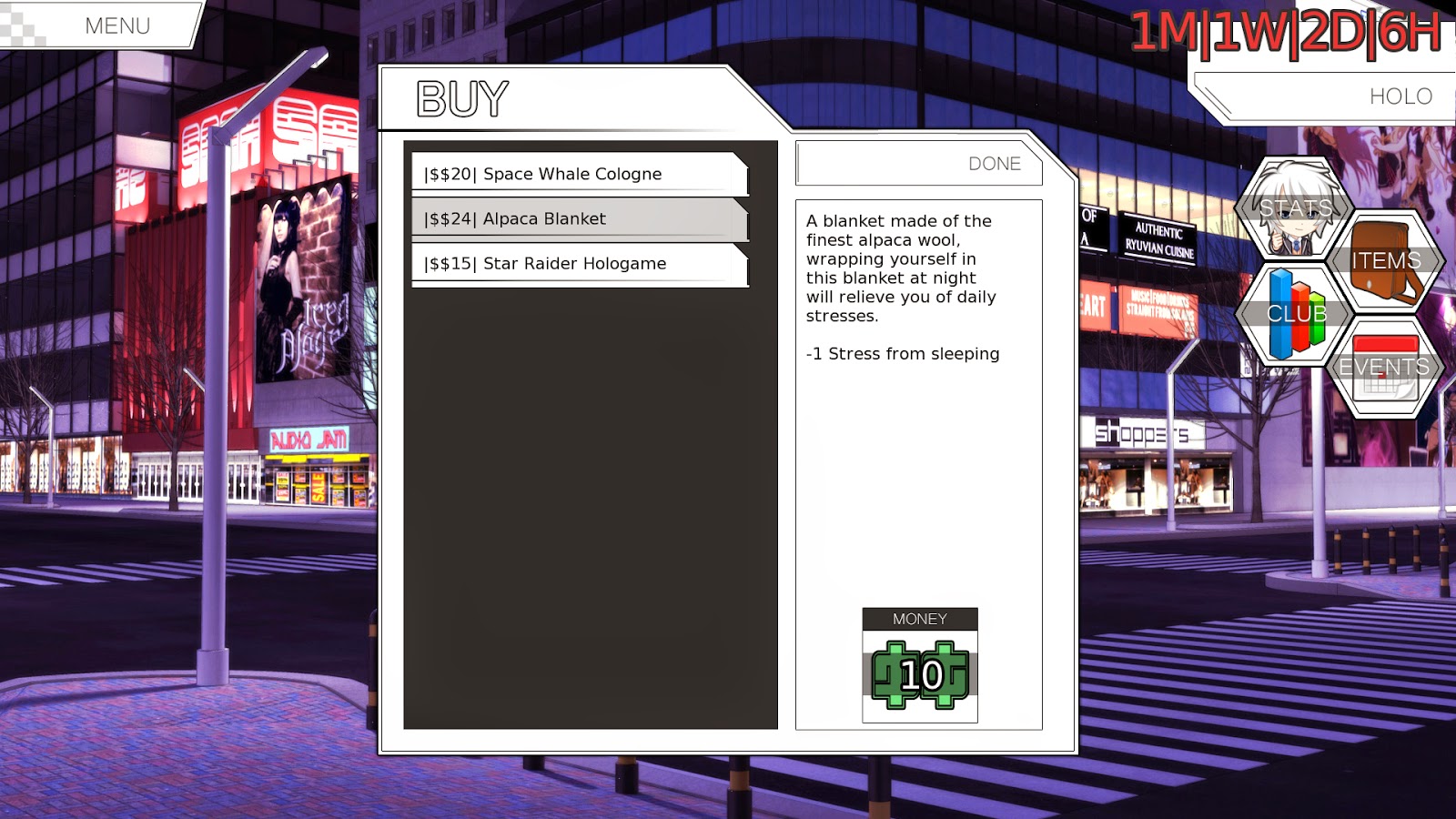 With such high quality art and a solid, if limited soundtrack, one would think that the story/gameplay could potential take a hit in the quality department; not so with Sunrider Academy. While it is a visual novel, the simulation aspects of the title are solid and quite fun. Having to manage each club leader’s particular problems can be interesting and helps you develop something of a relationship with the actual characters. By the time I had a few hours into the game I was quite attached to Asaga Oakrun, airheaded captain of the Kendo club. The way that Love in Space portrays the characters in Sunrider Academy is excellent, which helps bring readers / gamers into the game even more.

While Sunrider Academy does not yet have an official release date, the beta build that is available via Steam is a solid entry into the Visual Novel genre. For those like me that have been enjoying visual novels for some time now, you will find plenty to occupy your time. For those new to the visual novel category, Sunrider Academy is an excellent title to start off with, given its light atmosphere, high quality art, quality music, comical story and interesting gameplay mechanics. I will certainly be keeping my eye on Sunrider Academy as well as on Love in Space, as I am very interested in seeing more from them. 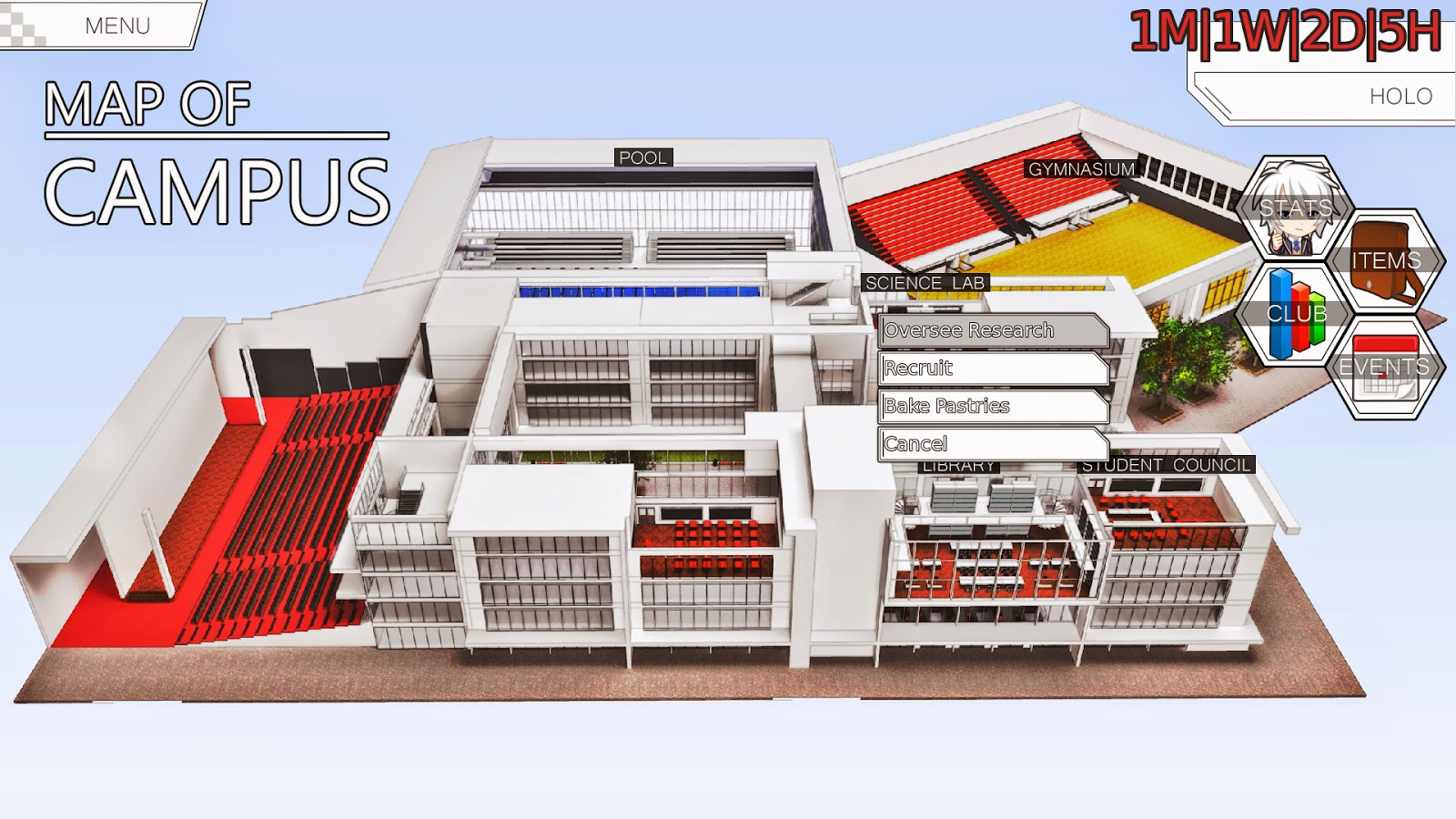