I have been a Warhammer 40,000 fan since the mid-90’s where I picked up two boxes of Space Marine, a box of Cadian Shock Troop, and a box of Catachan Jungle Fighter miniatures in an attempt to build a small wargaming diorama. I had a few friends that played the table-top wargame and had been watching them play for quite some time and decided to give it a try (as my D&D group was rapidly dissolving). For a number of years I had a wonderfully maintained Tau army that I would play with, but eventually moved away from the wargaming due to rising costs. 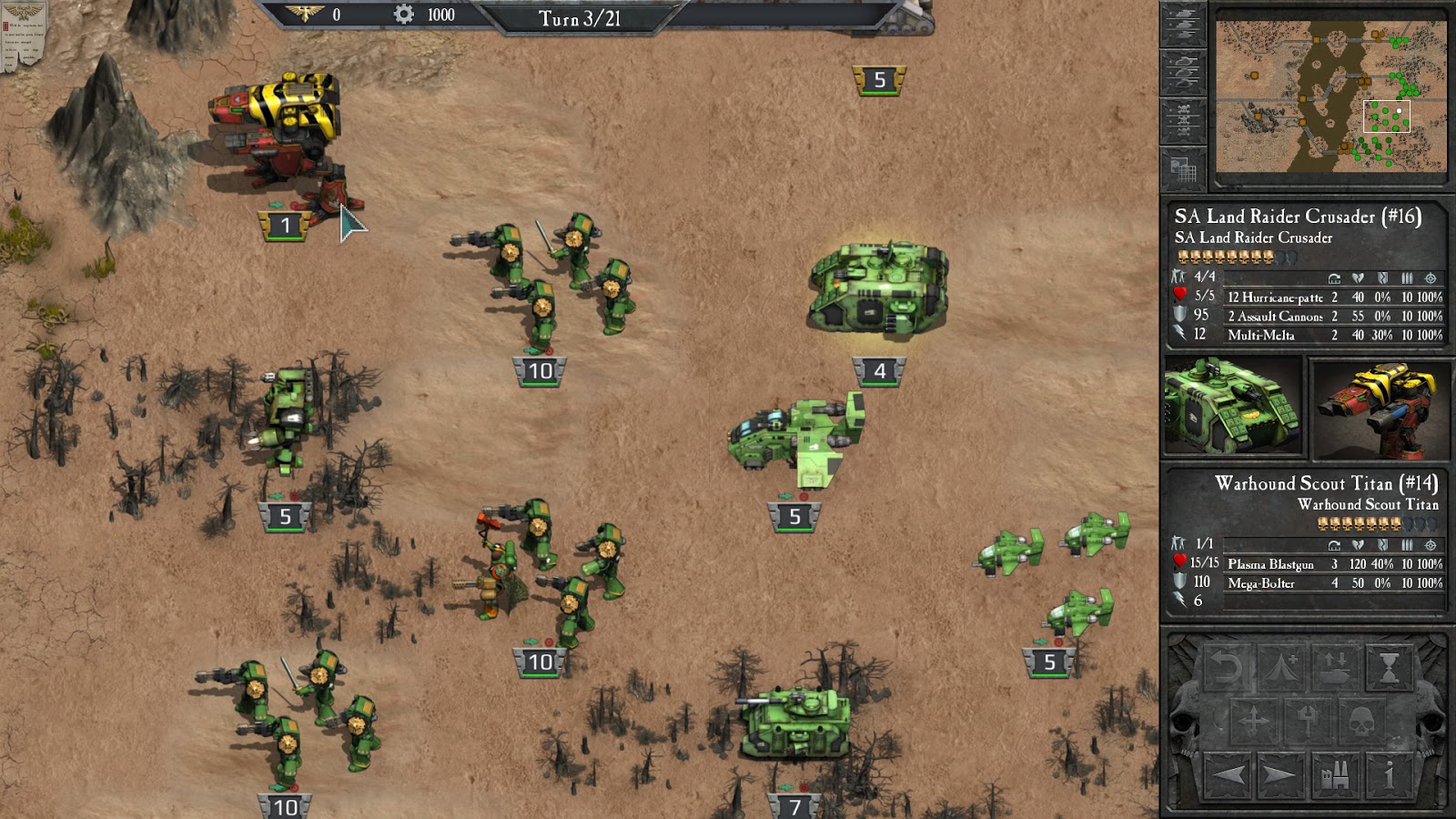 Fast forward a few years and Relic releases Warhammer 40k: Dawn of War and I am immediately on board for some excellent RTS action. Over the last two decades we have seen numerous Warhammer games come and go, some being excellent (the Dawn of War games), and some being terrible (any MMO in the Warhammer universe) and those fans out there like me have been itching to get back into the strategic combat found in the Dawn of War series have been very unlucky as nothing good has really surfaced. Enter in Warhammer 40,000: Armageddon, a turn-based strategy title taking place in the massive Warhammer 40,000 universe where you will have your pick of hundreds of units to do battle against the Xenos.

I have been waiting for a tried-and-true Warhammer 40,000 turn-based strategy game for years, something that sticks to the Warhammer 40,000 tabeltop wargaming rules. Unfortunately Warhammer 40,000: Armageddon is not that game. It looks, feels, and acts nearly identical to one of the other titles developed by Flashback Games/The Lordz Game Studio (Panzer Corps). From the graphics to the sound to the way it plays, this feels like a reskin of Panzer Corps. While not a terrible game it is certainly not one that is truly worthy of the Warhammer 40,000 license. 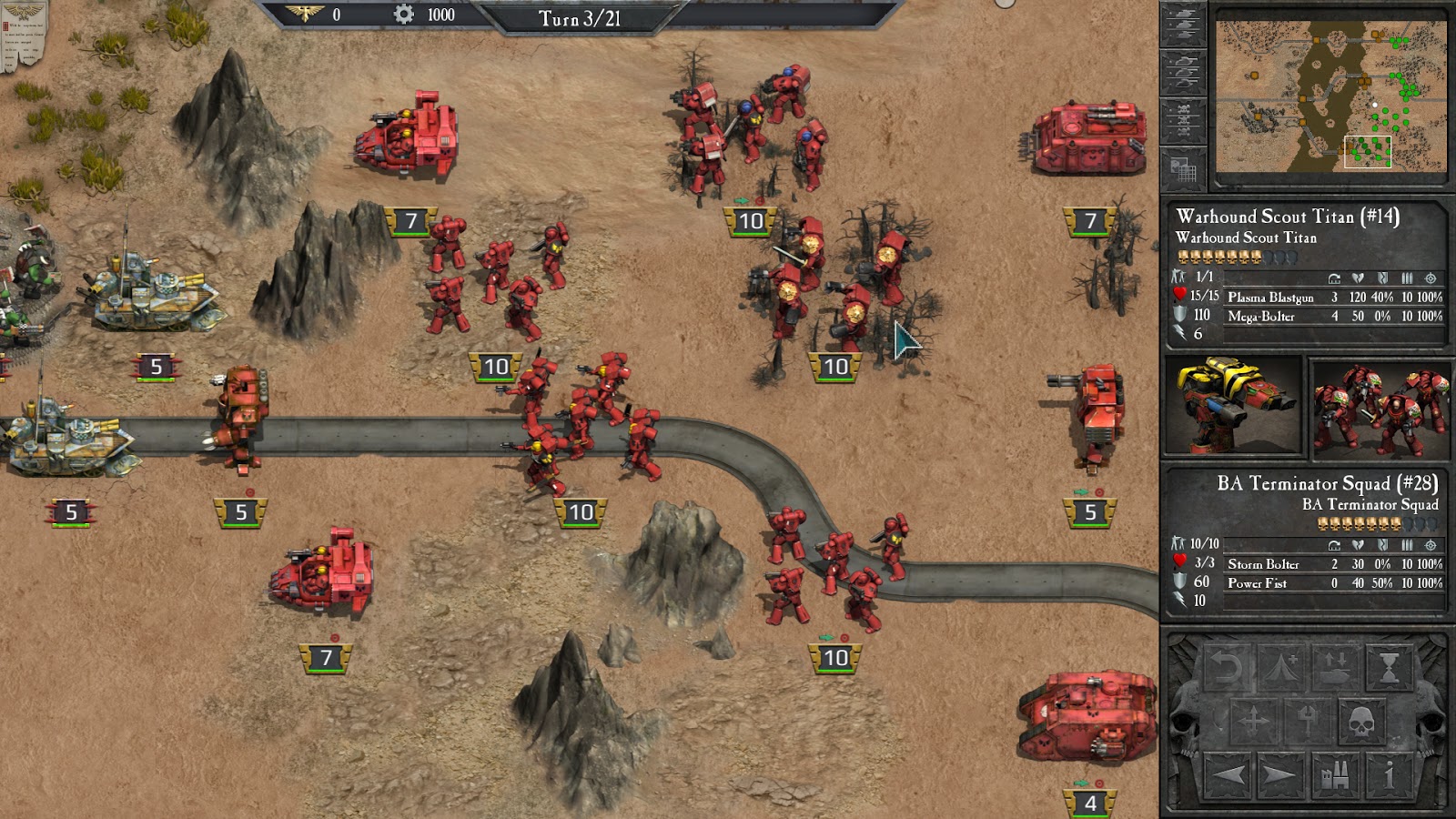 Take the graphics for example, rather than rich and detailed models for the different units, you have very simple, basic, and detail-free 2D sprites that all have one thing in common; brown. In addition to the lackluster unit details and colors the different “levels” or boards are plain, uninteresting, and contain yet another color in common; brown. When looking over the playing area it is very easy to see that Armageddon would fare far better on a tablet than on a PC. Lackluster graphics, simplistic and very plain explosions and effects, all seem much more suited to the low-power tablets than a gaming machine and the game plays in the same fashion as well.

In addition to sub-par graphics the audio is tinny, flat, and has no real depth and feel like they would be far more suited to a single-speaker tablet. Listening through my Kingston HyperX Cloud headset is a shame, since everything just sounds low quality where it should be rich and detailed. Weapon shots and explosions have no real variation and the audio sounds like it pulls from a small selection of recycled sounds; not what I was expecting. The music is not terrible, with decent scores, but it just sounds hollow compared to some of the other turn-based strategy games that I have been played where they were designed solely for the PC rather than for tablets and PCs. Unfortunately the effect is jarring and I found myself firing up Spotify or Crunchyroll just to have some background audio that was interesting. 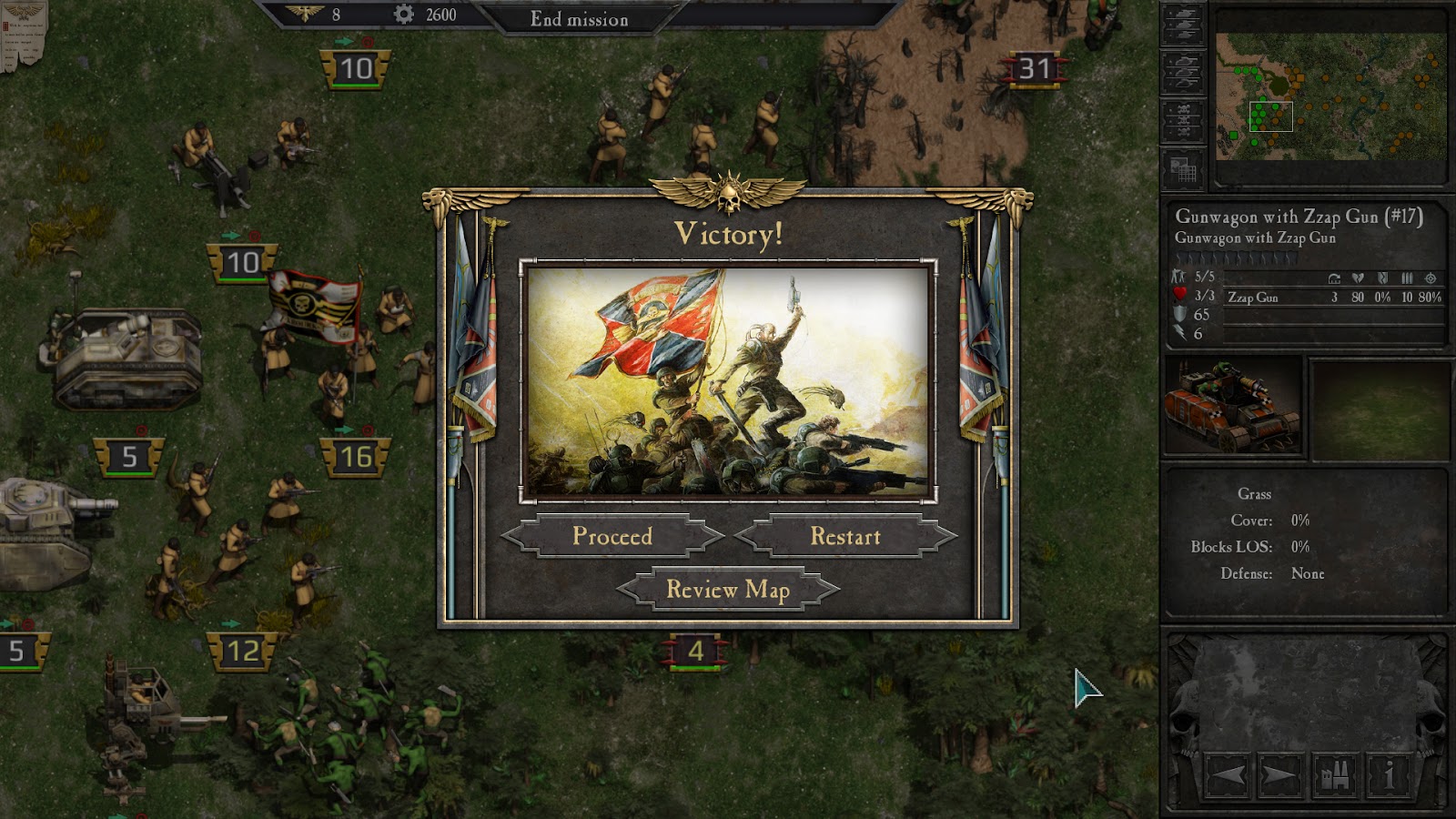 Gameplay is fairly simple and straightforward; you have a map that is overlaid with a hex-grid. Your units move across these hexes and can attack adjacent hexes, or in some cases, a few hexes away. Mountainous regions, forests, and other types of terrain have bonuses and allow for choke points, but there is no real depth to the strategy. More often than not I would stagger infantry-type units with armor-type units and then turtle my way across a map; a simple strategy like this tends to guarantee victory so there is very little challenge to the game. If anything, the biggest plus to the game is the sheer amount of units that are actually available in game, though there were plenty that I never used or encountered, which is sad because a turn-based Warhammer 40K game could be excellent; unfortunately Armageddon is mediocre at best.

While it is not the worst Warhammer title I have played, Warhammer 40,000: Armageddon is definitely not the best. Plain graphics, simple scenarios and combat missions, sub-par AI and low-quality audio all wrap up to provide a game that simply “is.” The biggest downfall is in the feel that this is simply a reskin of a different title, which in itself was not a terrible game, just not a great game. Being the longtime fan of the Warhammer franchise I feel a bit confused and befuddled by Armageddon and more than a little let down. What could have been a great game is only so-so, as if it were an attempt to capitalize on my desire to play a Warhammer game, given it has been quite some time since anything of quality has come out. However, the game is not without its merits, being a generally fast turn-based strategy game with a massive pile of units at your disposal, Warhammer 40,000: Armageddon is a title more suited for tablets as the PC port is far from perfect.