comments Share
You are reading
Atelier Ayesha Plus: The Alchemist of Dusk – PS Vita Review

The Atelier series of games have long been a favorite here at Chalgyr’s Game Room. While it still fits within the JRPG realm of games, the Atelier series is something a little more and something quite different. The primary focus of the majority of the Atelier games is actually running / managing an alchemy shop with reagent grinding taking place between orders for potions. A welcome and unique twist, one that sets the Atelier series apart from other roleplaying games. Atelier Ayesha was originally released for the PlayStation 3 back in March of 2013 and is now ported to the PlayStation Vita. While previous Atelier games took place in rich and vibrant worlds, Atelier Ayesha Plus takes place in the Dusk World which is on the brink of ruin. Does the recent port of Atelier Ayesha Plus: The Alchemist of Dusk translate well on the oft-underrated yet extremely awesome PlayStation Vita? 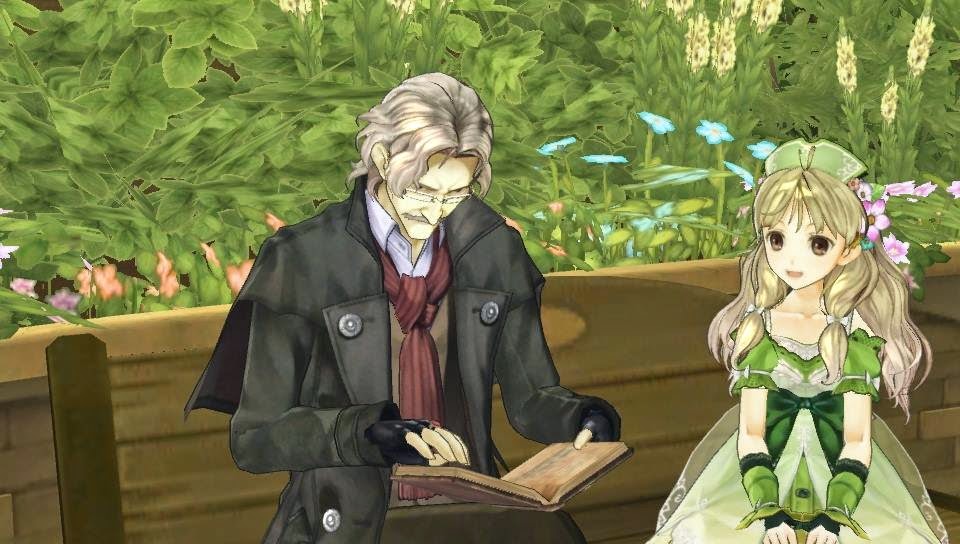 While my PlayStation Vita library may not necessarily be large, Atelier Ayesha Plus has some of the nicest graphics I have seen to date on the Vita. Though I enjoyed Tales of Hearts R’s graphics, the sheer size of the explorable world diverted plenty of the Vita’s power which reduced some of the quality of the textures and models throughout the game; this is not so with Atelier. The models are all very well designed, animated, and textured using vibrant colors, interesting fashion choices, and (fairly) realistic appearances. Environments are interesting without being busy and each of the different areas that you can visit have a fairly unique appearance so each new quest feels new and fresh.

One nice little touch that I could not get over was how Ayesha’s hair would properly respond as you would run about the various environments; it is a small thing, but it just added a little something that I really enjoyed. The overworld map looks like it came straight out of a PlayStation 2 game, though that is fine since you will simply be selecting the various locations and then a small model of Ayesha will run from point to point. Simple and straightforward and likely one of the reasons that so much care was taken in designing the characters and the environments. The real winner though, are the animated cutscenes; blending gorgeous hand-drawn/painted backgrounds and 3D computer generated items, the cutscenes are simply stunning. I could sit and watch the various cutscenes time and time again and never get sick of how nice they look. 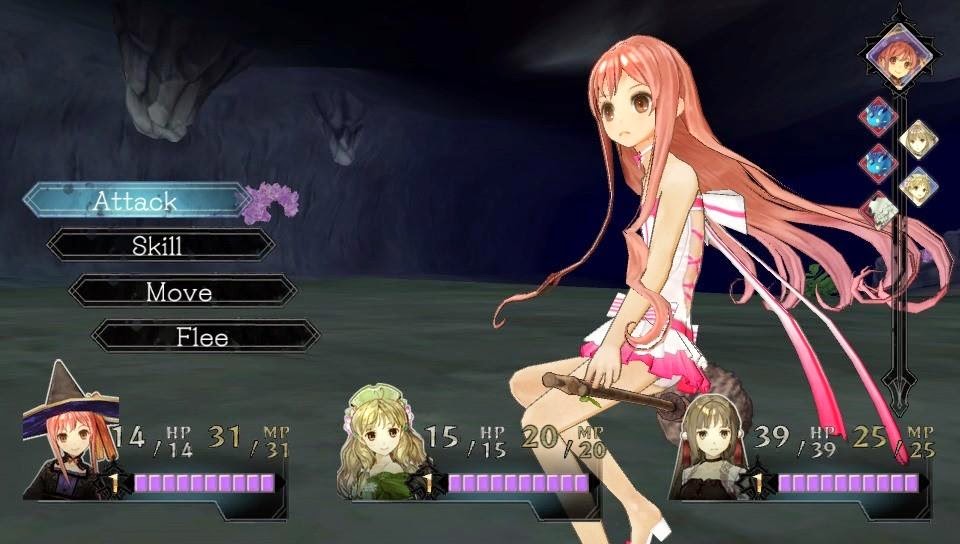 To go with excellent graphics you have some fairly impressive seiyuu, though admittedly, the English voice acting is fairly weak compared to the Japanese dub; I strongly recommend switching the audio to Japanese since the seiyuu are far better at expression emotion and the sheer depth of the Japanese dub far surpasses the English tracks. The English dub is by no means bad, but the Japanese seiyuu are just far superior and you can tell, far more experienced which can really break the mood. The soundtrack is excellent though, with suitably bouncy tracks while you are visiting the shop or a town and a sweeping overworld score, your attention will never be diverted by an annoying song or awkward silence.

I know it is a bit silly, but the one sound effect that really annoyed me was the footsteps; they just had no variation at all and were fairly monotonous. Yes they are footsteps and yes it is petty, but they just really bothered me. Beyond that one annoyance though, the sounds that are used in travel, exploration or combat are all adequate, if someone plain; I could not ask for more, especially coming out of the Vita’s relatively weak speakers (the game did sound far better in my HyperX Cloud headset though).

Naturally though, we do not play these types of games for their graphics or quality voice acting; where the Atelier titles shine is in their unique take on the JRPG genre and Ayesha Plus is no exception. With excellent turn-based psuedo-tactical combat and one of the best crafting systems I have seen in a video game, Ayesha is a worthy title in a long line of Atelier games (Atelier Ayesha was the 14th title in the franchise). Ayesha starts in her small apothecary brewing simple potions for peddlers and locals alike and after visiting a shrine to her sister, Nio, begins her adventure to becoming the Alchemist of Dusk. 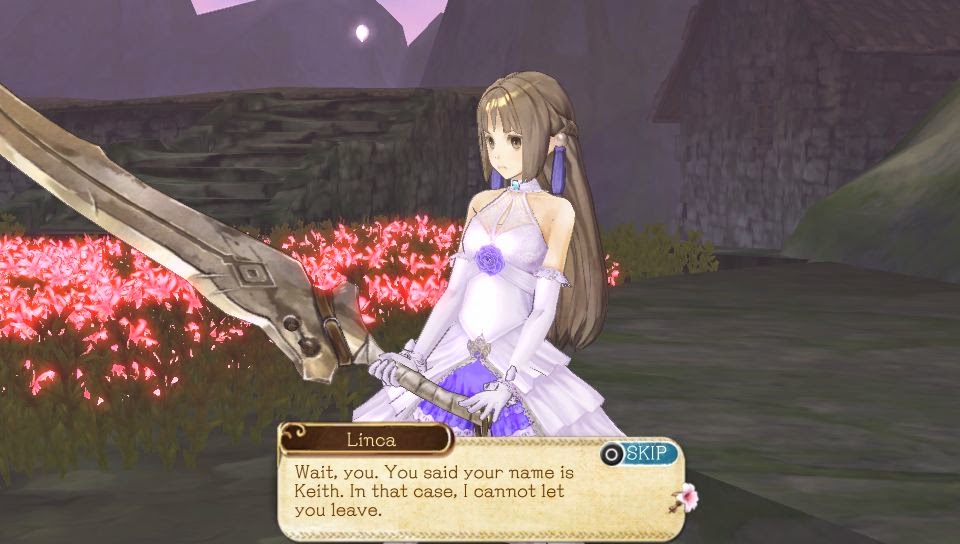 The story is less of the atypical roleplaying stereotype where a small village is attacked and young heroes rise to the occasion of saving the world. In Ayesha you are on a quest to learn more about the disappearance your sister, along the way learning the various techniques used by the dark and mysterious alchemists. As you move along your journey you will meet friends and the story unfolds evenly with a natural progression; I was never once rushed along nor forced to move faster than I wanted to, which was quite nice given there are a few potions that need be made based on how fast you can gather content and synthesize the reagents. The unique take is fun and refreshing though, and a welcome reprieve from the stereotypical dungeon-spelunking found in the majority of recent roleplaying games.

Atelier Ayesha Plus: Alechemist of the Dusk is an easy game to sink 40+ hours into without thinking twice about the time spent squinting into your Vita screen. With excellent voice acting, quality voice acting, and a touching story of loss and discovery, Ayesha will satisfy newcomers to the portal roleplaying genre and veterans alike. New costumes, switchable audio tracks, and those gorgeous cutscenes all go to show that whether on a home console or a portable device, the Atelier games are an excellent franchise where ever you may be. After 14 titles some things though, like rotate-able cameras (rather than the bizarre zoom-in/zoom-out control) should have long been added but are still missing from this latest entry. Regardless of the nitpicking little issues here and there, Atelier Ayesha Plus: The Alchemist of Dusk is a solid entry in a long-running franchise.