Criminal Girls: Invite Only is something of a mixed bag in that JRPG fans will likely enjoy the solid level design and unique combat system, while anime fans might enjoy the fan service that could very well make other gamers somewhat uncomfortable. The visual style is actually very appealing with complimentary music that suited the game from start to finish, but unfortunately cute but underdeveloped characters and a middling story take some of the shine off of what could have been a great JRPG and leave it standing as a merely good one. 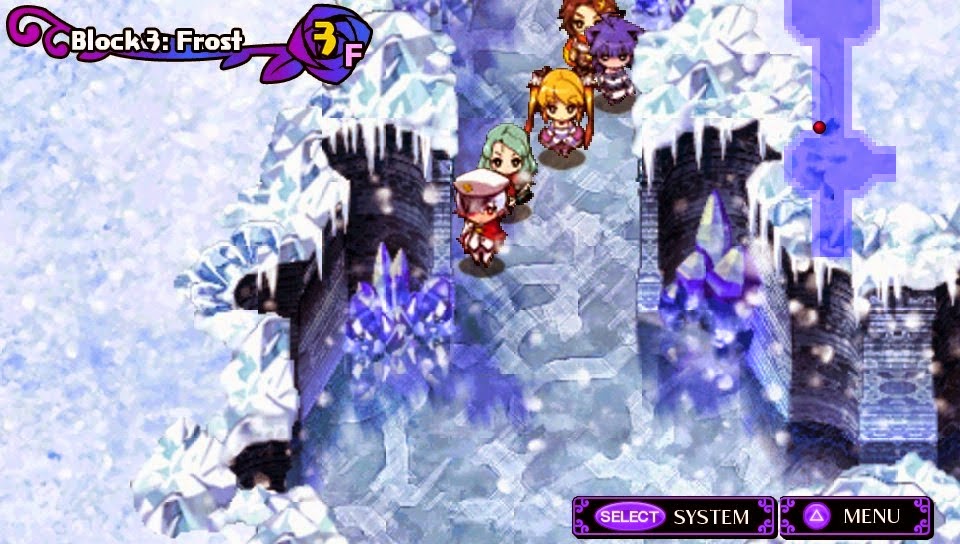 Welcome to Hell, where you are suddenly cast into the role of a warden of sorts. Your charges are four young women to start (with three more to be found later. Seven women, seven deadly sins…) and you are tasked with helping them to escape their cold, punishing confines. The titular Criminal Girls are part of a devilish chain gang and while their personalities might prove quite different from one another, they do seem to share one constant between them: their dislike for being so pushy.

The premise actually houses loads of potential, but the girls never really come off as anything more than their first impressions. Some are cranky, some are adorable, but aside from some very small changes to their behavior over the course of the game, the girls still act and sound very similar to how they started – despite their quest to find redemption by your side.

The level design is actually quite smart, with time spent exploring without ever really feeling cumbersome. This is a good design choice since handheld games feel like they are built for bite-sized gameplay sessions. While Criminal Girls tends to linger a bit longer than that each time I played it, my sessions never turned into marathons where I was frantically hoping for a a stopping (or worse yet save point) before my battery died. The dungeon crawling aspects really do not bring much to the table, but at least they were well done and with the exception of one segment midway through the game, proceeds at a generally brisk pace. 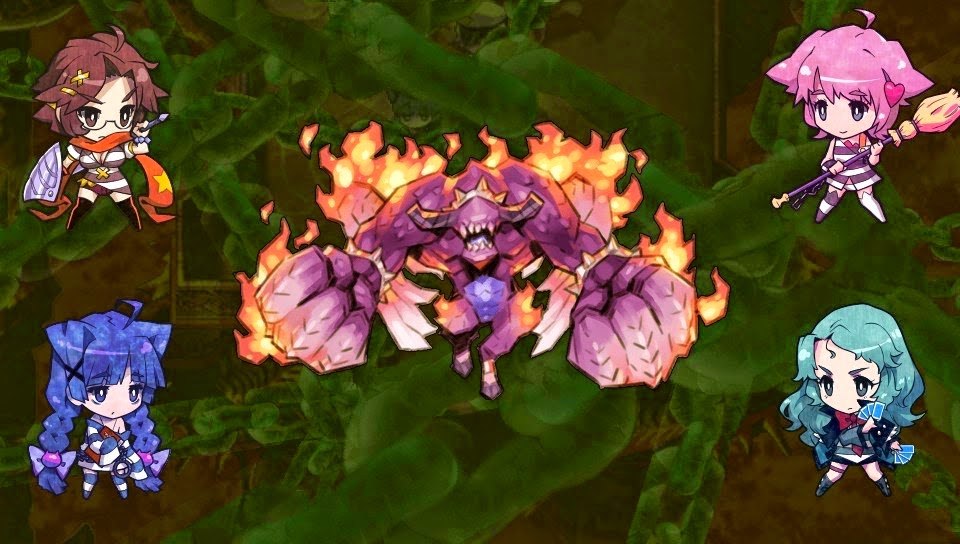 Of greater interest is the combat. The girls certainly have minds of their own, and to this end the combat helps to reflect this. Instead of directly issuing orders to the girls, they more or less do what they want within the confines of the combat. That is not to say you do not have any decision making ability, but you will not get into the common JRPG rut of finding those two spells and that one skill that you use pretty much the rest of the way. As much as I loved Bravely Default, that was precisely what I did by the end of the game – I relied on a few specific skills and just coasted through everything but boss battles.

Here the strategy revolves who is in your party. You will be managing who is actively in combat and if or when to use items. This part of the game is actually surprisingly intense at times and quite rewarding. At first I found myself slightly annoyed with my inability to micromanage who was casting what spell or using a specific special attack, but I quickly came around and began to appreciate the higher level management of the team and how the combat serves to cleverly reinforce the notion that you are the girls’ warden – but not the girls themselves.

All of this should probably appeal to the average JRPG fan. Where things will likely prove divisive is in how the girls are motivated. This helps to teach them new skills/behaviors. We have a few guys on the team who are big into anime and certainly do not shy away from a little fan service. Agarest War has long been a favorite around here, for example. However, the use of spanking or electrocuting while stroking, pressing or swiping the front and back of the Vita screen will no doubt make some people somewhat uncomfortable. The closest experience I can recall recently was Monster Monpiece. 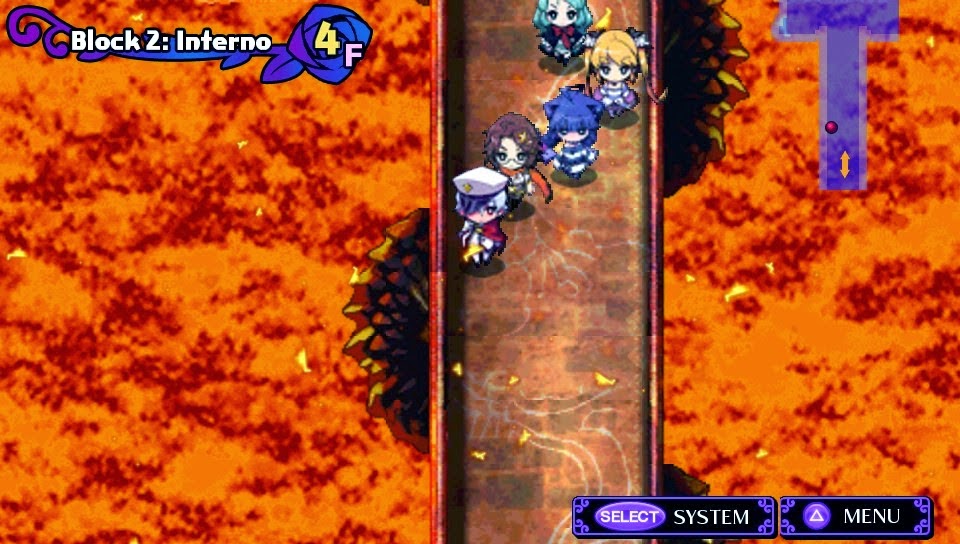 These were two very different games in terms of genre (with Monster Monpiece being of the CCG variety), but both games made use of the Vita’s dual touchscreens to improve the female characters being interacted with. Of course, since motivation here is punishment, I can understand that some people might be uneasy with the concept. Still, this is only a facet of the game, and while it feels largely superfluous to the dungeon crawling, it is a mechanic that needs to be exercised for success.

The biggest concern I had with Criminal Girls was in the relatively dull story. It was not necessarily bad or incomprehensible, it just felt to me like the initial premise held a good deal of potential that the narrative failed to deliver on by the end of the game. Usually when I plan an RPG of any kind, the story is my driving force to completion. Sometimes if the story turns out to be bland, a couple of quirky characters will capture my imagination in such a way that I see things through just because I want to keep interacting with them. Here Criminal Girls is propped up by an interesting battle system and fun exploration, but the narrative never served as a driving force for me personally.

Like the PSP before it, the PlayStation Vita has become a great console for people looking for niche titles that might not have otherwise been released in the US at all. I loved the number of JRPG and strategy titles that the PSP had on it and it looks like the Vita may well serve to fill that void going forward.