We have been keeping an eye out for this one for quite some time now. Don’t believe us?

We talked about the Alpha numbers as well as when the alpha become available, not to mention the DLC plans and more. This is a big release.

Well, now the big day is here – so how about one more trailer and a bit more news? 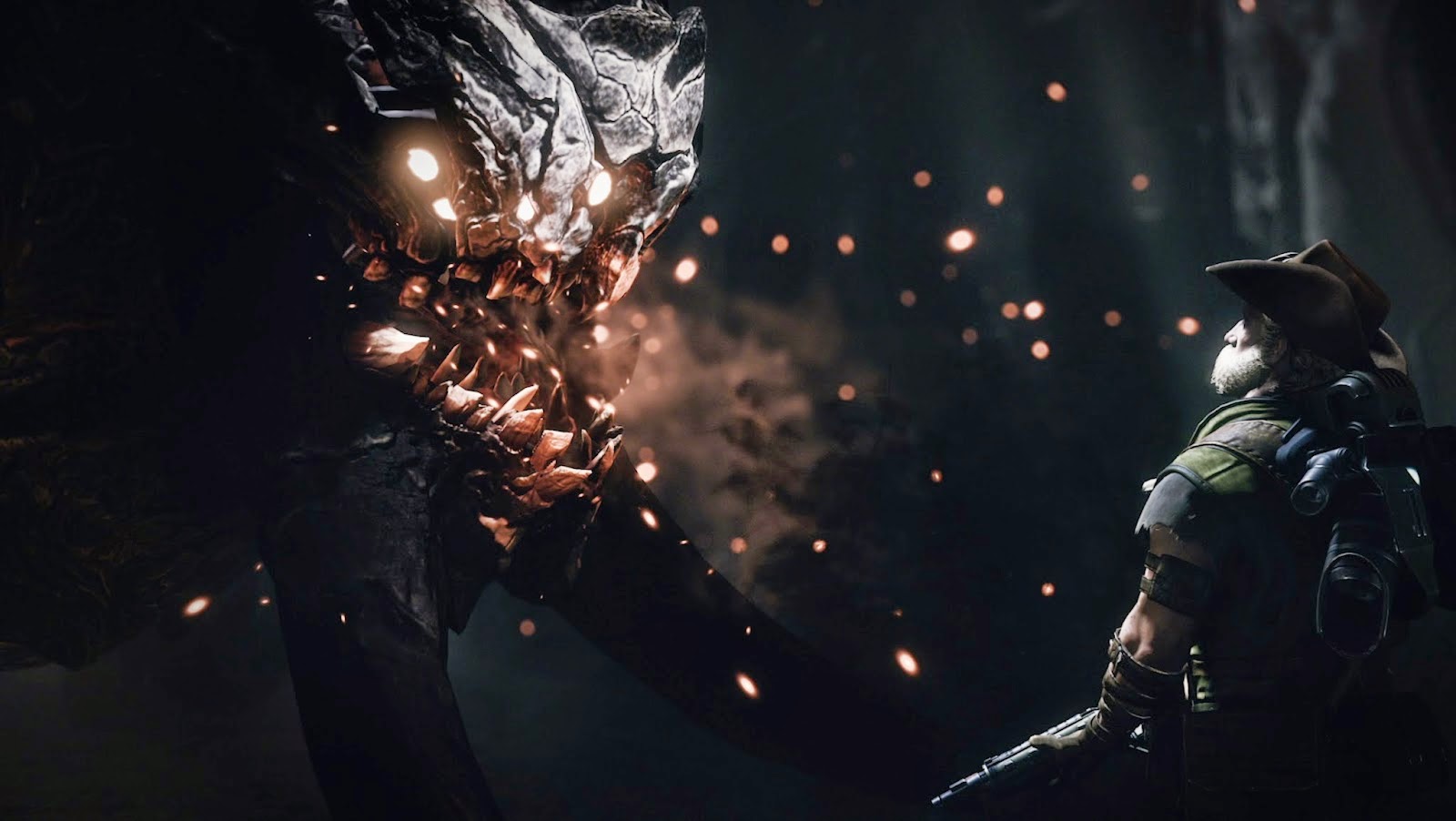 2K and Turtle Rock Studios announced today that the award-winning Evolve, the 4v1 shooter in which four Hunters cooperatively fight to take down a single-player controlled Monster, is now available worldwide for Xbox One, the all-in-one games and entertainment system from Microsoft, PlayStation®4 computer entertainment system, and Windows PC. Evolve is a cooperative and competitive experience enjoyed online, as well as offline solo. To date, Evolve has won more than 60 awards and editorial honors and is the only game in history to earn the official E3 and Gamescom “Game of Show” awards in the same year.


Additionally, players with mobile devices can also download Evolve: Hunters Quest, the official companion game to Evolve, for free on select iOS, Windows, Android and Amazon Fire devices. Evolve: Hunters Quest is a Match-3 puzzle combat game that links directly into the main game for an expanded experience that can be enjoyed on-the-go. Players can apply their Mastery Points earned in the mobile app to characters in the Evolve game on any platform, discover and unlock unique game art, and enhance their skills by watching replays of their online multiplayer matches from a strategic top-down view.


“2K and Turtle Rock Studios did a remarkable job delivering such a creative and ambitious game,” said Christoph Hartmann, president of 2K. “Evolve is an innovative and highly replayable experience that will define this console generation for years to come.”


Evolve features a wealth of content playable both online and offline, with three playable Monsters, 12 playable Hunters across four unique classes, four game modes, and 16 maps. Evolve also includes Evacuation, a unique experience that combines the full array of maps, modes, Hunters, and Monsters into a single dynamic campaign offering near-limitless variety. In Evacuation, players choose a side – Monster or Hunter – and play through a series of five matches, where the outcome of each match directly impacts the next, totaling over 800,000 possible gameplay combinations for ultimate replayability.


“Our philosophy is to build incredibly fun game experiences that we can’t find anywhere else, and we’ve achieved that with Evolve,” said Chris Ashton, co-founder and design director at Turtle Rock Studios. “After years of iteration and playing the game every day, Evolve is a polished and balanced experience for players to enjoy online, cooperatively with friends against AI, or completely alone offline.”

And now for that trailer we promised: