They have provided some of the best gaming consoles along with many of the most memorable titles and characters in video game history.

I am frustrated with Nintendo.

So many of their decisions feel as though they are out of touch with the times.

Over the last year Nintendo has had some great releases and managed to score some very solid hits in the industry, yet at the same time for every step forward they seem to take over the last few years, the company seems intent on taking two more back. I am afraid that if Nintendo continues its missteps, they may never be able to recover despite having some of the most important properties in the video games industry. 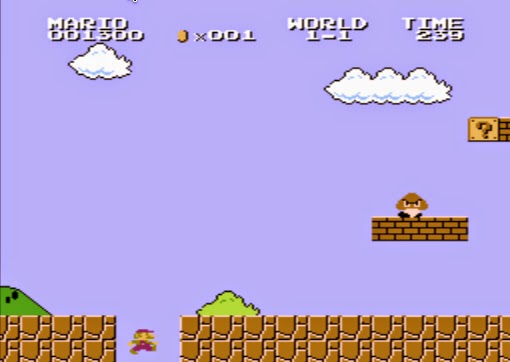 After the Wii and the 3DS, it felt as though Nintendo could do almost no wrong. Their handhold console was a hit that kept Microsoft out of that market and dramatically overshadowed everything that the under appreciated Sony PlayStation Portable did. Video game consoles themselves blossomed last generation. They had been trending that way for a few years but something about the last generation just seemed to flip the switch and make gaming a mainstream form of media on a level the industry had not seen before. When I was a kid, I would say about one in five children I knew owned an NES in their household. I would say about a third of us who had access to the NES played it heavily. Adults almost never did – I knew one in my entire circle of family and friends’ parents.

Now it feels as though those numbers have completely flipped around. I asked my sixteen year old son how many of his friends owned at least an Xbox One, PlayStation 4, gaming PC or Wii U and he said that all but two of his friends had at least one (if not more) of those consoles. I go to pick my daughter up from a friend’s house, and half the time that friend’s parents are playing a video game when I stop by. Nintendo was right there with the NES years ago helping to create the foundation for our current gaming industry, and the Wii opened the door to casual, accessible gaming in ways the industry had never seen before.

Then came the curious release of the Wii U, which was a marketing nightmare. Early on many people did not understand if this was a new console, or some sort of hybrid add-on (I recall more than a couple of older games I read online comparing the Wii U to the Sega Genesis 32X and CD Rom accessories that helped usher out the end of that era). The hardware was not considered a huge technical upgrade from what was already on the market in the PlayStation 3 or Xbox 360, leaving people to feel like the Wii U was more like halfway point to the next console generation. It sold poorly. The console was met with mixed reviews. Most people felt it was a disaster.

One of the areas I have long criticized Nintendo is their lack of solid on-line strategy. I watch my son using a headset while playing shooters on the Xbox One or my daughter doing the same for titles like LittleBigPlanet on the PlayStation 4 and yet none of them have bothered on any of the Nintendo consoles. As I sit here typing and thinking about it, the only time I have seen them use any of the Nintendo microphones in any capacity was to blow out torches in The Legend of Zelda: Phantom Hourglass. The sense of community on the Nintendo platforms has just never evolved – which is clearly the direction our Skype and Twitch obsessed gaming community is heading.

Even the way Nintendo handled their online store for years was baffling. It took Nintendo far too long to start offering sales and deals the way Microsoft and Sony did years prior. One of the few leg-ups that Nintendo had on that front was the Club Nintendo rewards (which was almost always a stronger offering in Japan than it was here in the US), but now that program is being phased out. 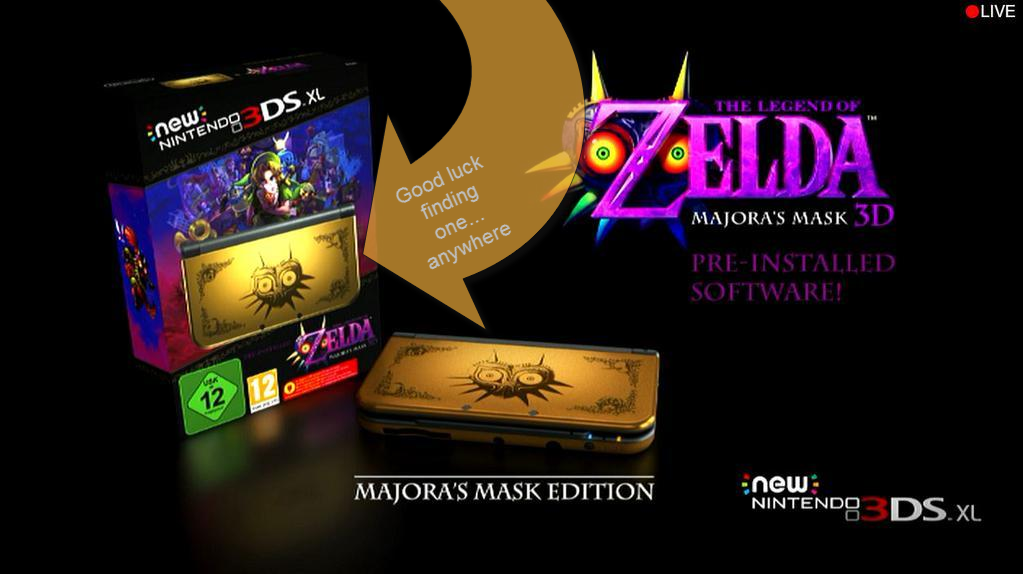 Nintendo was still able to cash in on a couple of things, however. First, the 3DS remained very popular in all regions. While mobile gaming on phones and tablets has no doubt taken its share of the market, the doom and gloom predicted for the 3DS never materialized. Nintendo was still able to take some chances, first with the 2DS and now with the upcoming New 3DS. The early reviews on this new version of the console have been very positive. So why in the world did they offer so few of the Majora’s Mask model. It sold out on Gamestop in roughly fifteen minutes. Monster Hunter’s package was sold out the next day. I can see wanting a limited number or not wanting to overproduce the systems – but Nintendo clearly did not understand their market on this and let a lot of money on the table while frustrating plenty of their most serious fans.

I know a good number of people have suggested that Nintendo should sell/rent some of their characters out to be used on other platforms or bring their games to the iTunes store. There would be quick money to be made there, but unless Nintendo plans to exit the hardware game, I actually think it makes more sense to keep those properties in-house as long as possible. It is clear that while the adoption of the Wii U went poorly, Nintendo’s first party titles are what have buoyed the successes it has seen. Mario Kart 8 saw the beginning of this, but Super Smash Bros. for the Wii U and a handful of Mario titles have helped keep things afloat. Nintendo knows that Zelda games can help move a console (that is why they did the Wind Waker bundle) .Looking ahead to the Zelda title has kept Nintendo’s fans excited for what is to come.

The Amiibos are another indication of just how popular Nintendo’s characers can be. There were questions about the market for these little figures when they were first announced, but those concerns have proven hollow as the rarer ones have sold out very quickly. My son has been looking for Little Mac at a reasonable price for weeks now with no luck. New wave announcements are now big news. Similar to the Majora’s Mask New 3DS, it does feel like Nintendo has left some cash on the table by not producing more of these, but worse than that is the confusion Nintendo has created over the Amiibo market. I have had several people asking me what I have heard (more on the topic of ‘what I hear’ in a moment) from Nintendo on Amiibos. Customers want them, they seem to want more of them – but they do not know what Nintendo’s strategy is. I have little doubt that Nintendo is purposely being somewhat vague on the topic hoping that people just buy up the Amiibos now instead of waiting, but that lack of transparency is doing Nintendo no favors in terms of goodwill. 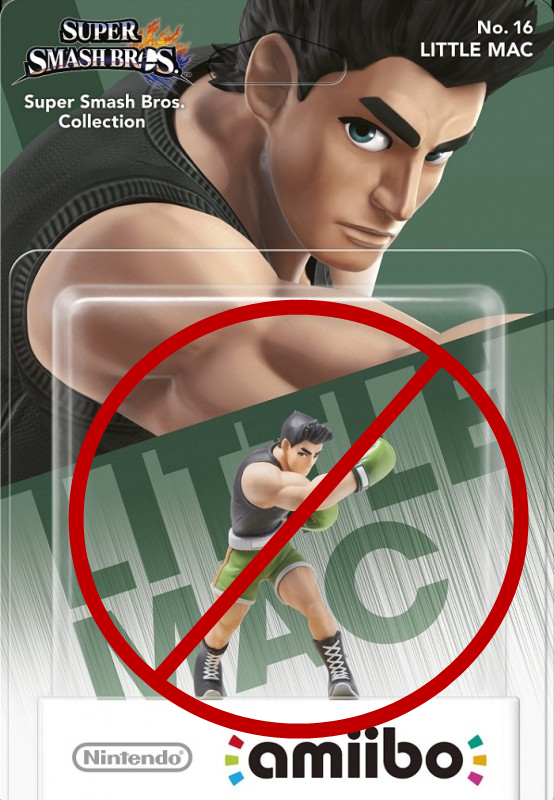 This leads to the first of the two remaining topics I just touched on in the prior sentence. First is transparency. There is very little coming out of Nintendo. I have outstanding contacts in a variety of places including PR companies, development houses, with Microsoft and Sony… but almost nothing out of Nintendo. Nintendo of America does not have any communication directly with most industry journalists. They make some exceptions, but few and far between according to many of the others I have talked with about this topic over the last few years. Instead they leverage a PR company to handle most of that communication, and even that company is not terribly forthcoming most of the time. This has the effect of making Nintendo feel like arguably the most walled-off member of the video game industry in my own experience as well as many others I have talked to. I would love to improve that communication but have seen zero progress on that front in over four years now of trying.

The other aspect of concern is community goodwill and the prevailing feeling that Nintendo is behind on the times yet again in how they want to handle the evolving use of media in the industry. Say what you will about PewDiePie and similar YouTube personalities, but it is clear that Nintendo’s new plans are not appealing to any of them. I suspect that there are going to be many more debates about the legalities of it all or even if it is right or wrong and I am not the right one to weigh in on either of those. I can however, say that Nintendo’s approach makes very little sense to me at this point.

Right now Nintendo needs as much good publicity for their games as possible, especially with a new hardware launch in a couple of weeks. While Microsoft and Sony have embraced live streaming games and most game PR companies tell journalists reviewing their games to ‘stream away and monetize however you see fit’ – Nintendo is digging their heels in and saying they want a piece of the pie. Instead of these Let’s Play videos providing Nintendo with the kind of viral popularity that helped Skate 3 get reprinted, I suspect most of these YouTube personalities will now simply feature games on competing platforms instead. This has the dual effect of less viral marketing for Nintendo and more for its competitors. 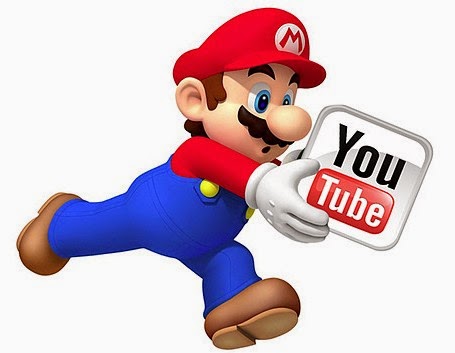 Nintendo is the company in this industry I have the longest-running relationship with personally. Their characters and games still resonate with me decades later and I still look forward to their releases almost every time. I just know that I am not alone in wishing that I could also look forward to a Majora’s Mask New 3DS, or a handful of impossible-to-find Amiibos, or knew more about the company’s upcoming plans, or even count on seeing more of their games talked about and shown via videos on YouTube.

But as it stands right now, Nintendo seems to be getting in the way of its own success. 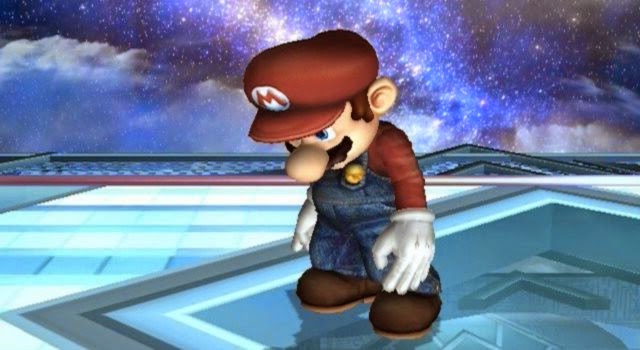