comments Share
You are reading
Sentinels of the Multiverse – PC Review

I have a huge weakness for comics. I also enjoy card games. There are loads of video games out there that use comic book characters, but most of the time these just feel like derivative action titles with very little owed to their page turning origins. This video game feels much truer to its roots, with visuals that leap off of the ‘page’ and excellent game mechanics to create a unique and entertaining experience. 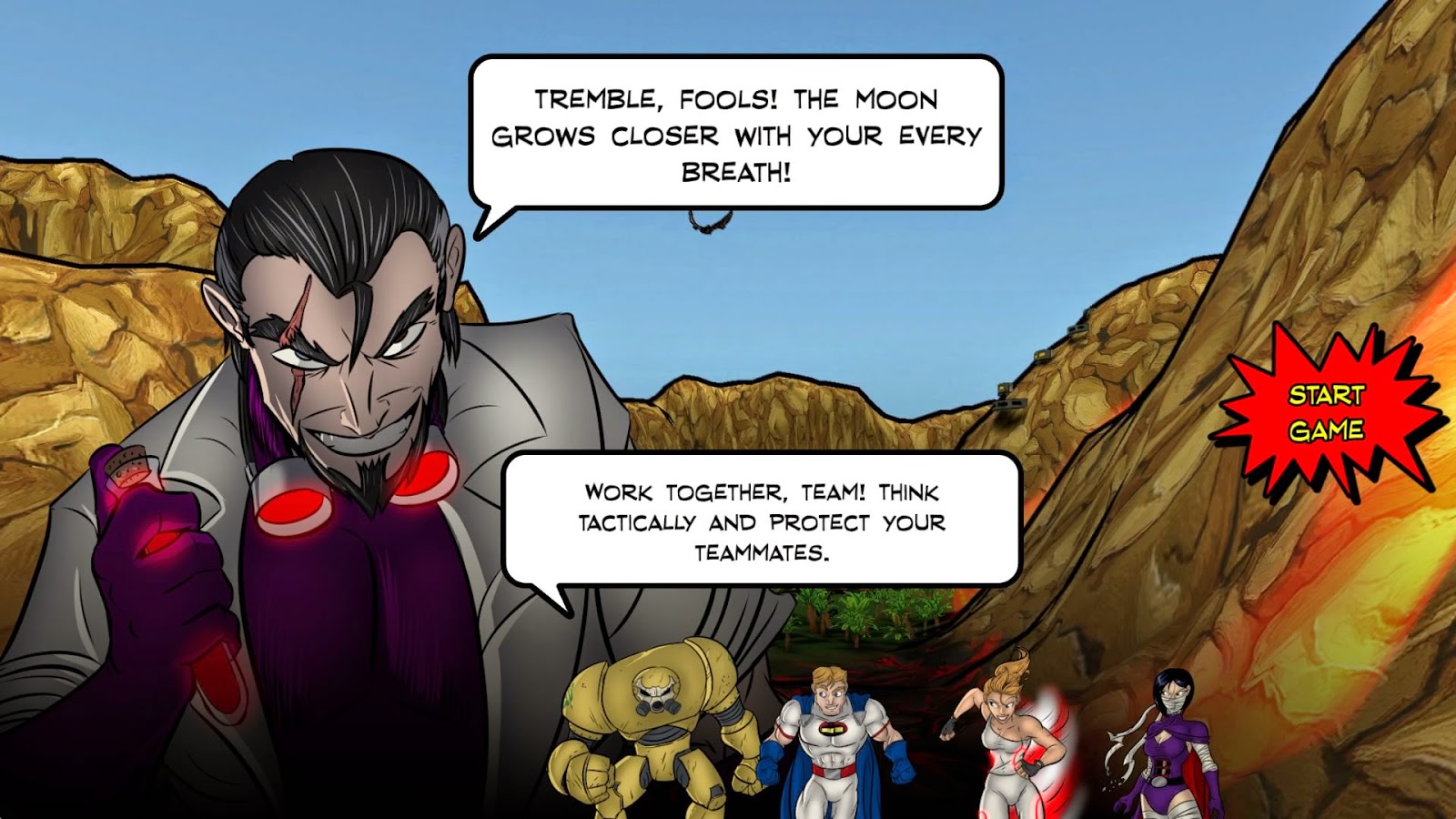 Being unfamiliar with the Sentinels of the Multiverse games, I really did not know what to expect going in. What I found resonated with me almost immediately. First of all, there is a great tutorial that holds your hands through all of the basics before turning the reins over to you. Do not assume that you will simply win the tutorial by having a pulse. The tutorial walks you through everything you need to know and leaves you in a good place, but you can lose.

The first thing that stood out to me was the asymmetrical nature of game. One super powered villain against your team of three to five heroes sets the framework for each match. This really fits the comic book theme nicely and does something not seen in most other card based games (there was a mode like this in one of the older Magic: Duels of the Planeswalkers games a few years ago that has since been cut out). Each villain has his or her own unique flavor too. One might flip over if you beat him and have a ‘second mode’ that you need to now best. Another might drop a ton of cards on the first turn and really put you behind to start. Another has a huge number of hit points to whittle away at. Each enemy has its own complexity rating. 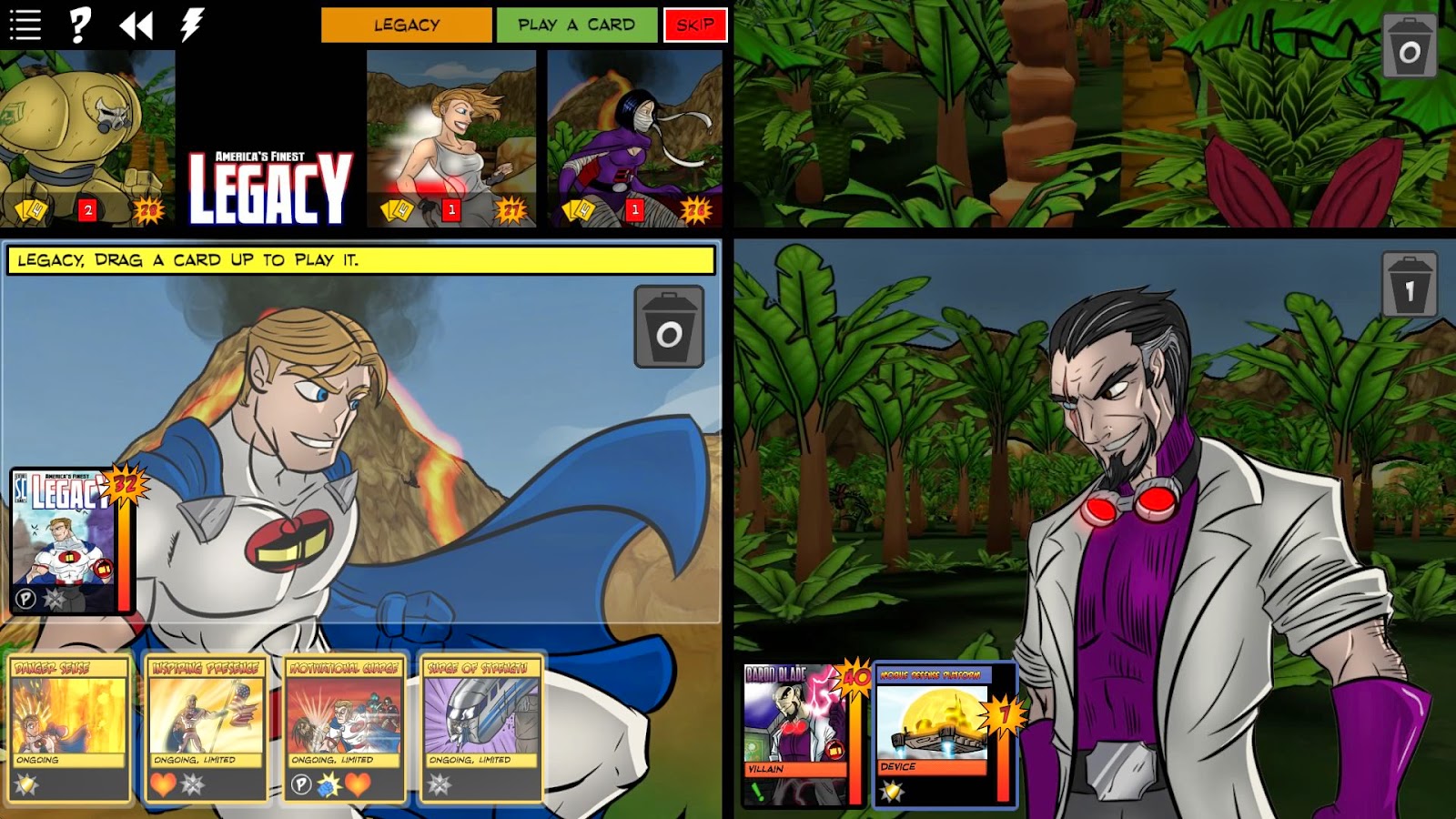 Next up are the heroes themselves. The variety here is awesome and you can put together some amazing teams that are as simple or complex as you would like. One character is simply brute force attacks, making him very simple to play. Another is a woman who works through lots of deck and hand manipulations that have a very indirect style of interaction. This impacts the kinds of cards in that particular heroes deck. This is where the asymmetrical style really comes into play. The villain has his or her own deck, and each of your heroes does as well. That is a lot of random to put into a card game, but it really works here – especially if you find some hero combinations that have mechanics that play into one another.

The third interesting element is the environment. There are a handful of these and they can throw a monkey wrench into the best laid plans. Take for example, the prehistoric setting. Each turn the villain goes, then the heroes go, but then lastly the environment deck draws and plays a card. Sometimes these can really help you and at other times they are a huge hindrance. For example, the velociraptors gang up on the weakest card on the board – hero, villain or drone alike. Other larger dinosaurs will go after the second healthiest character. Others might launch an exploding volcano with the potential to do damage to everyone on the board. While the chosen villain might be your primary enemy, these environment cards can be just as troublesome at times. 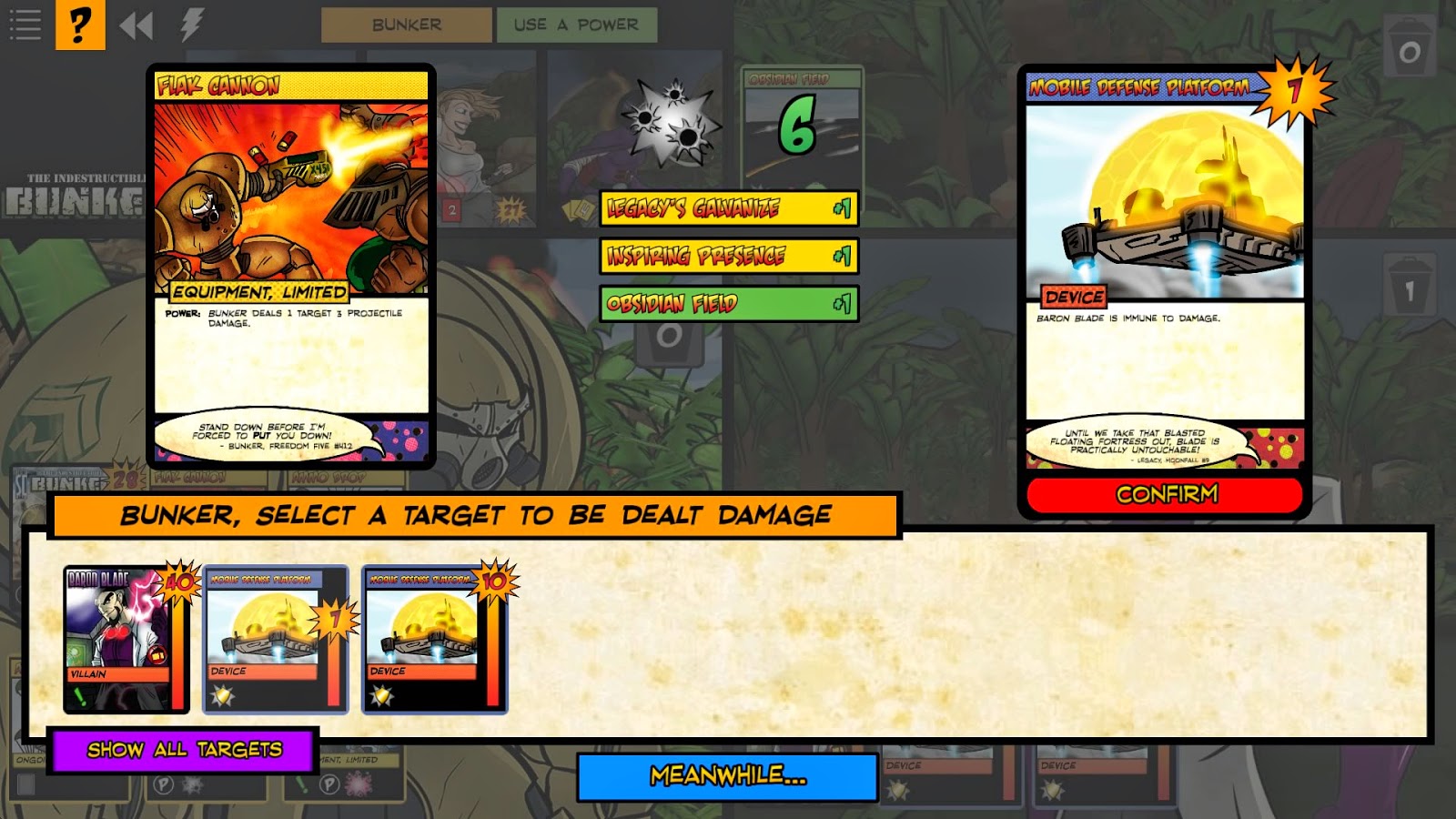 Despite the simple, clean visuals that really pop – the music itself needs a lot more variety. What is there is fine, but you basically get the same thing on loop. Another aspect that some players would likely want is multiplayer. What tends to give card games additional life are online options. The challenge here would be obvious – at minimum you have three heroes and a villain. So to make an online experience that fits with the single player game, you would have to round up at least four (as many as six) players to pull it off. I suppose they could just add heroes or villains versus one another for one on one matches, but that feels like a fairly serious restructuring as well just to all for one-on-one. I think eventually the developers will have to consider it, but thankfully the single player offering is a really good one.

Some sort of story or campaign mode would also be nice. Given the comic book style source material, this feels like a bit of a missed opportunity to include some unlockable content and maybe even come up with some background stories for villains and heroes alike.

With so many possible combinations, it is easy to see Sentinels of the Multiverse playing out in unique ways almost every single time. Add to it the challenge of unlocking variant heroes and villains, and you have a recipe that keeps you coming back for more. Sentinels of the Multiverse has lots of room to grow, and with the season pass it looks like the development team is actively planning to do so. What is here however, is a lot of fun and absolutely worth sinking some time into.