comments Share
You are reading
Teaser for Seasons after Fall

There is a teaser video for the whimsical fairytale platformer Seasons after Fall out now, and while it is still some ways out, it looks like this game could have some potential to be quite interesting. 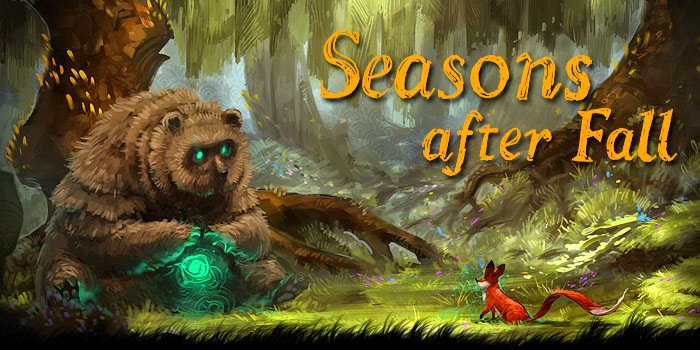 French developer Swing Swing Submarine and Focus Home Interactive are pleased to announce their partnership for the release on consoles and PC of Seasons After Fall, an enthralling game set in a beautiful, fantasy world, where magical abilities allow you to manipulate the four seasons in order explore and progress.

Watch the short teaser trailer below to see our Fox protagonist in action, as he pounces within the forest, manipulating seasons to reach one of the four Guardians of Seasons, the Guardian of Winter.

Seasons After Fall encourages the player to explore a gorgeous 2D graphical world, accompanied by an enchanting soundtrack recorded by a live string quartet. In this magical world, you are a wild fox embarked upon a perilous adventure, with mystical powers that allow you to manipulate the life of the forest through dynamically changing the seasons. Powers that allow you to modify the environment by summoning one of the four seasons, whenever and wherever you want.

Changing the seasons will modify organic platforming elements that will move or expand based on which season you switch to, altering your relationship with the game and its characters. Summon Winter to freeze a waterfall to pass, or call for Spring to make plants and flowers bloom, guiding you to previously inaccessible zones. Travel across forests, rivers and caves, and manipulate an ecosystem that is as uncanny as it is marvelous to unveil the secrets of this world, reunite the Four Guardians of Seasons and restore order in the Forest.

Seasons After Fall is planned for release on consoles and PC in 2016.