In the last few years Let’s Play videos and gaming montages have become an increasingly popular genre of video content. With the advent of services like Twitch, Ustream, and the explosive growth of YouTube, gamers have more options than ever when it comes to recording, streaming, or editing their content. Some gamers are even able to make a living doing what they love, playing games. 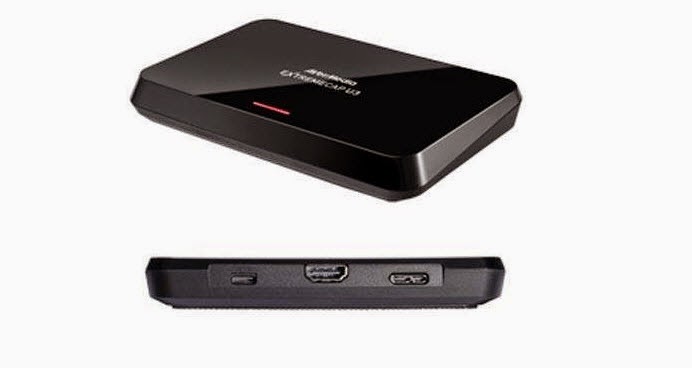 It is not an easy, or inexpensive, market to get into though, and with so many options simply deciding what to buy can be daunting. Enter in AverMedia with their numerous capture cards, while they are on the more expensive side, AverMedia is a huge name in the recording business and they have the development and manufacturing chops to take on this extremely lucrative market. Today we are taking a look at the ExtremeCap U3 CV710, one of their elite models for recording content; how does it fare?

The CV710 is simply gorgeous. Small form factor, simple inputs/outputs, and extremely feature rich in such a little, albeit expensive package, make the CV710 a wonderful piece of hardware. The AverMedia software, RECentral is easy to use, fast, and comes with a handful of options and features that will allow even the most basic of gamers to record the screen or stream their content, or there are more advanced options that industry veterans can get in and play with. While RECentral has a built-in Stream function the stress that it puts on your internet connection is immense; I run a 30 MBps down/5 MBps up internet connection and RECentral, while streaming, brought my internet to its knees.

I would strongly recommend staying away from the streaming aspects of RECentral, instead using something like XSplit which is far more efficient. However, for those of you like me that are less inclined to stream and more inclined to simply record, the RECentral software is amazing. For those with the internet speeds to support it though, RECentral is extremely easy to use as it gives streamers the ability to manage the stream all in a single application, rather than having to use a handful of separate applications.

What was more amazing though was the quality of the recordings, the relatively tiny file sizes, and the simplicity of all of it. Roughly 10-12 hours of gameplay (a start-to-finish blind run of Tomb Raider for the Xbox 360, yielding about ~70% completion) came to only 48GB between 16 different MP4 files. Granted that is recording at 1920×1080 at 30 frames per second, but still, it is absolutely stunning given PC recording applications are generally far more inefficient with hour long recordings reaching 100GB in file size.

One of the nicest capabilities of the CV710 is the ability to record 1080p at 60 FPS which means you can capture your PlayStation 4 content in all of its glory, though doing so would require some additional gear due to the HDCP features of the PlayStation 4. That said, the simplicity and silky smooth operations of the CV710 are excellent and when comparing the footage that I took to the footage found in a lot of last-generation Let’s Play videos, the CV710 is worlds apart in terms of quality. This is, without a doubt, the absolute nicest capture card that I have found to date.

All of this quality comes with a price, both from the wallet and in regards to hardware. It is no simple feat to record such excellent content at such high detail and using the USB-based ExtremeCap U3 CV710 will require a decent computer to run it. First and foremost the CV710 requires USB 3.0; if you do not have any on your computer then you will want to spring for one of the internal expansion cards because there will be no way to get the quality that most LPers/recorders require out of their videos.


Here is a capture from the Xbox One

Even though the videos are very efficient, easy to manage, and the writing speed is excellent, most gamers that are recording their content may have multiple games that they are recording at any given time and it can absolutely chew through your hard drive space. One thing I might recommend is to pick yourself up a 4TB+ USB 3.0 external hard drive and transfer the recordings there once done, since your data drives will be devoured by recording content.

While the price is on the high side when compared to its competition (not much, about $30 or so, USD more, unless you find it on sale) every penny is worth it. Small, sharp looking, simple to set up and even simpler to use, the ExtremeCap U3 CV710 records and streams some of the nicest quality gaming videos that I have seen, and I have seen hundreds of hours of Let’s Play content. Gone are the days of fuzzy PlayStation 3 or Xbox 360 recordings (or Wii U, since there is an adapter for Component Cables) and here to stay are some stunningly nice and deceptively small gameplay recordings. For those that are looking for a portable capture card and are serious about getting into the recording business, look no further than AverMedia’s ExtremeCap U3 CV710 as it is as close to perfect as they come.