City building games have become something of a joke since the latest SimCity game was released. While would-be city planners have been clamoring for some quality city-building goodness all that we seem to be getting is a bug-infested steaming pile of garbage (SimCity), or a rerelease of the exact same game, but with a slightly different user interface (Cities XXL). This forces us to play games that are sometimes nearing two decades old since (SimCity 2000) because we are a sorely under-represented group of gamers 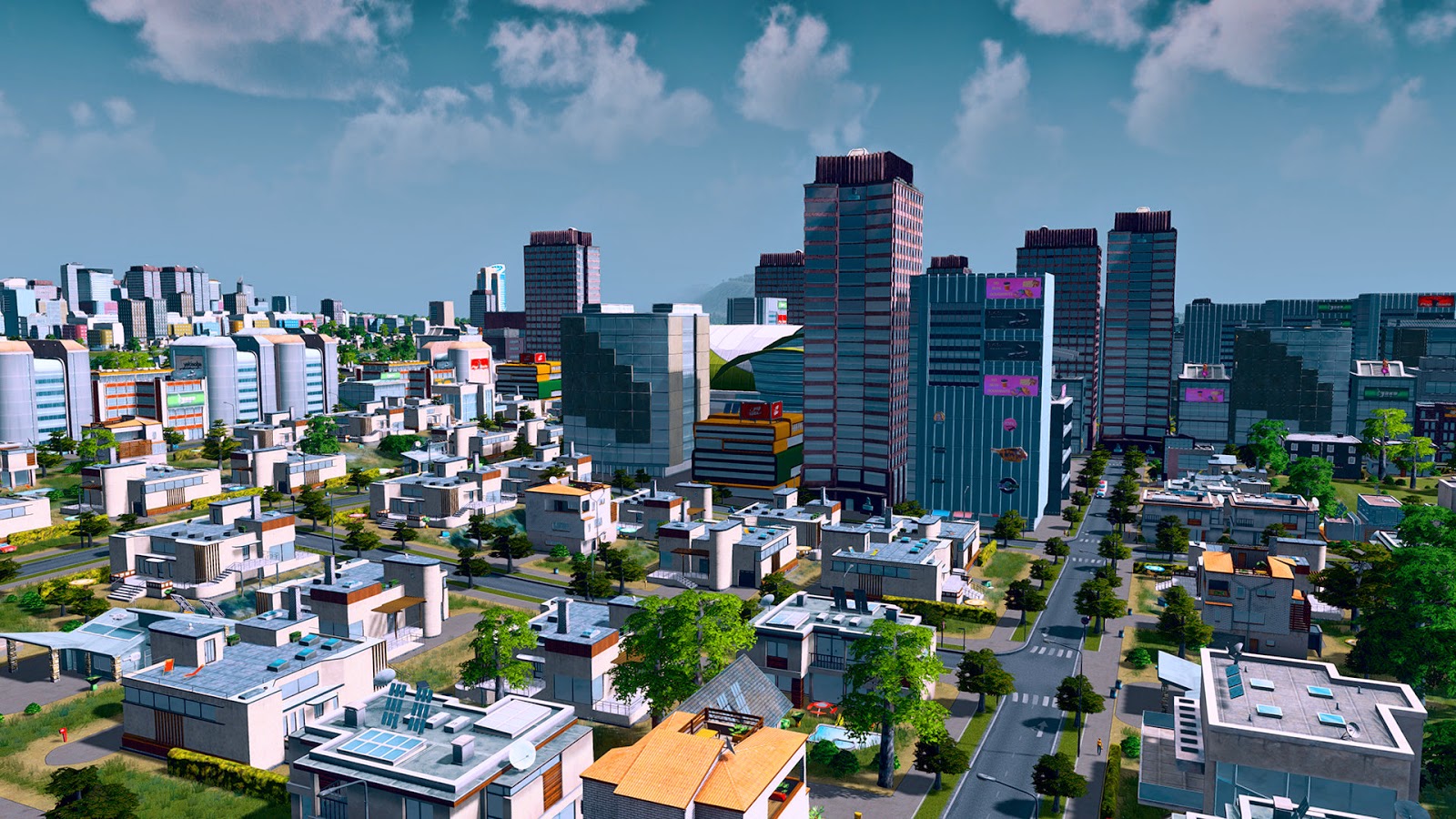 Cities: Skylines, pun intended but Colossal Order took on well, a colossal order when it decided to get into the city-building franchise since all that we, as gamers, have been provided over the last few years is nothing but trash and there were some big shoes to fill in the city simulation genre. Were they able to give us what we city-building fans have wanted?

In short, yes, Colossal Order gave us a city building game that was relatively bug free, balanced, gorgeous, and most important, it was FUN. Since SimCity’s release I have been fervently awaiting some sort of gorgeous city building simulator where it actually worked and was something new since SimCity was such a massive let down. Come 2015 and Focus Home Entertainment releases Cities XXL only to find that it was more scam than anything else, given that it was the exact same game as Cities XL (we are talking the only difference being a user interface change). This left a very bad taste in our proverbial mouths as we were betrayed by the only two real city building studios out there and we had nobody to turn to.

Then Cities: Skylines was announced and as more and more footage was released we began to hope again and fortunately Colossal Order pulled it off. They gave us Cities: Skylines and it is glorious. From the moment you start the game you are greeted with a simple yet familiar start menu and once you start your game and choose your location you are thrown into a graphically stunning world. The hills rolling in the distance, wind blowing through the trees, the bustling sounds of traffic, the laughter of children, the smell of industrial waste and the gush of running water; it is all there and it is amazing. I still load up Littleton, a small hamlet set in Riverrun (an area in the game) that bustles with activity and children and fun and fires and crime and broken water mains and the best part of it all? 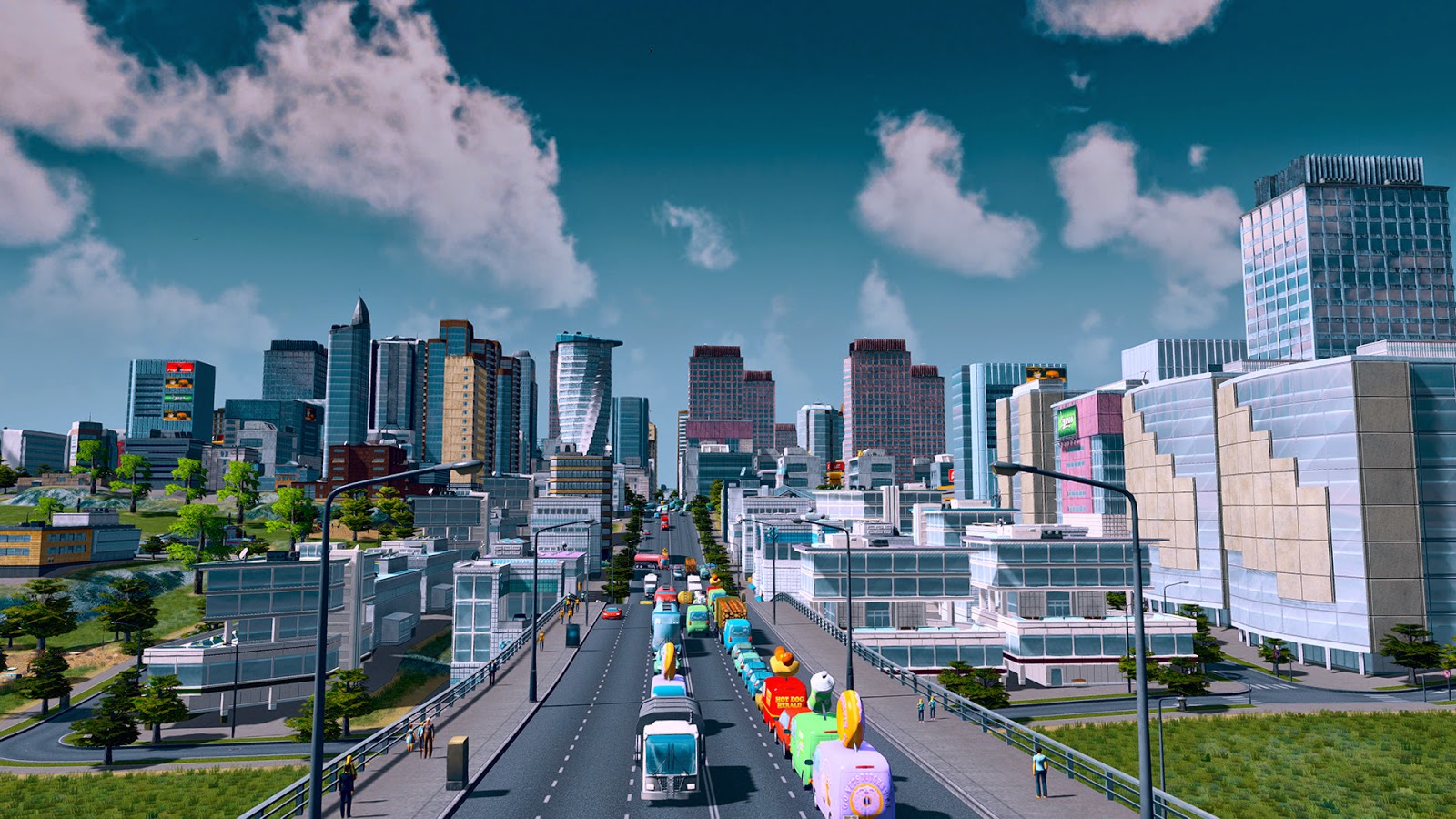 It still thrives and survives as the days go on and, given Skylines’ actual working state, you can go and fix all of these problems and help all of these people and you can manage your city! It is everything that I have wanted in a city building game. The coolest part? All of these things look stunning. Simply gorgeous. I will admit, on my first flyby of my small town I was immediately reminded of the small puppet village from Mr. Rogers’ Neighborhood; I loved it. Whatever I was expecting going into Cities: Skylines, this was not it, this was a surprise, a very welcome surprise.

The one thing that I have always had an issue with in a city building simulator is the music. It gets repetitive fast and while Skylines’ music is not terrible I found myself turning it off and simply listening to the sounds of my city. Using a full surround sound headset, like the SteelSeries Siberia Elite or the Kingston HyperX Cloud 2 is a must-have for this game since it sounds absolutely sublime. Birds chirping, cars honking, construction equipment clanking, the rush of water, every aspect of everyday life is captured and presented in a clear and clean manner.

I simply love it, though I admit after an hour or two I tend to just zone out and find myself becoming easily distracted; there were a few times that as my city was building I would minimize the screen and forget about it only to come back after an hour and find that have of my town has been burnt down or I am suddenly running at a deficit (not unlike real cities). Possibly having more songs added to the soundtrack would help, as what is there is fun and airy, there just was not enough of it to keep me engaged. Having a few more tracks may help pass the time as you will have plenty of periods where you are just observing your town as it grows. 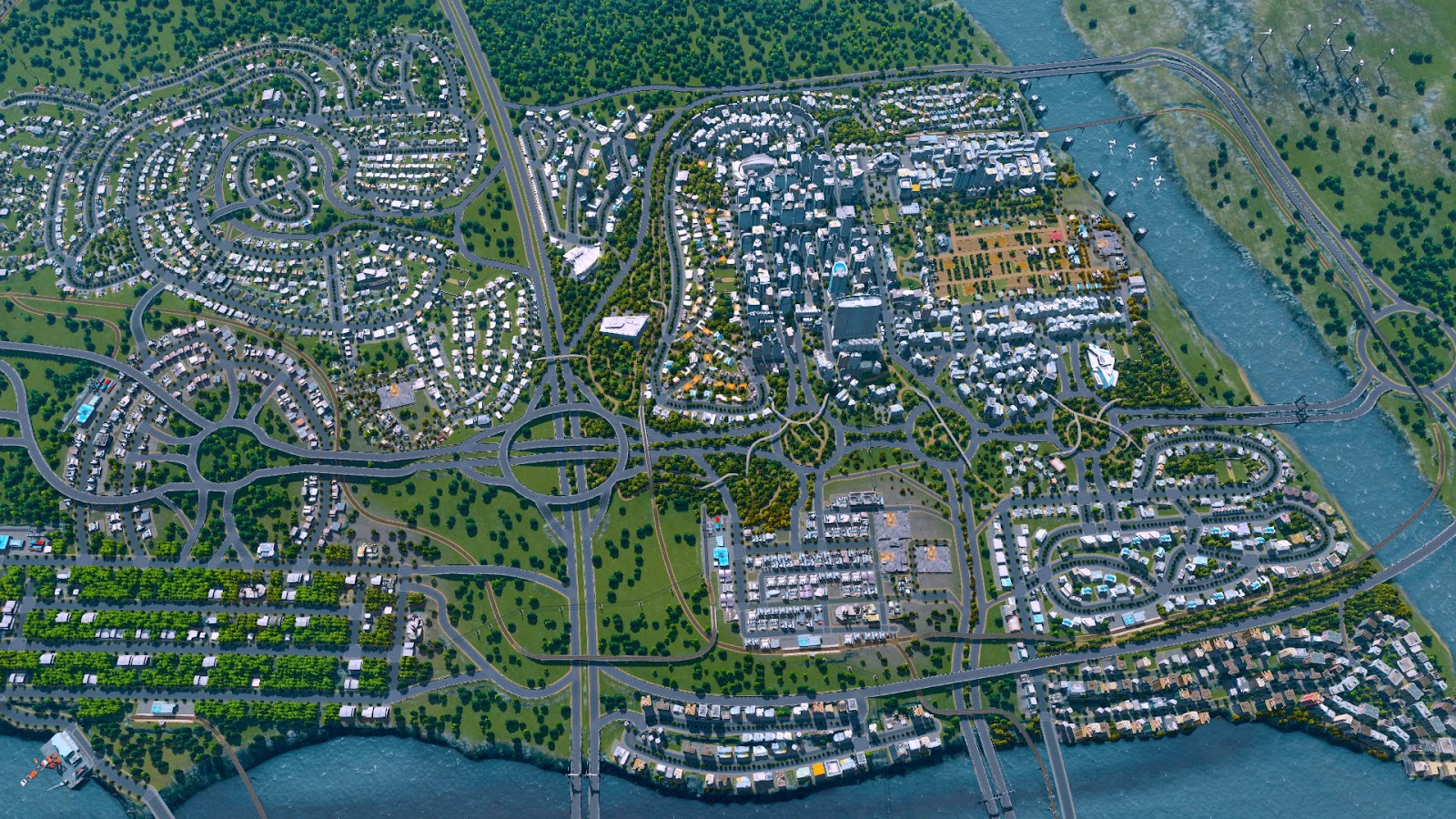 The staples of city building are all here, from waste and water management to power and traffic management though there is nothing new, outside of the ability to do things like dam up rivers and a few other caveats. As a whole though, Cities: Skylines is one of the most rewarding and fun city simulators on the market today, the only real downside is that we had to wait so long for it to come out. Fortunately you can see that Skylines is a love of labor as Colossal Order seems to have done the impossible by bringing fans a title that is relatively bug free while capturing the essence of the classics like SimCity 2000.

I can say with absolutely certainty that I have not been so fulfilled with a city builder as I have been with Skylines. It is truly a treat for those of us that are fans, though admittedly their tutorials could use some tweaking, as new gamers may not be as comfortable as those of us with city planning experience. Cities: Skylines is truly a wonderful game that is giving the fans what they need the most, a game that they actually deserve after paying their hard-earned money.