Deathtrap is a Tower Defense Hack and Slash RPG set in the same world as NeoCore’s The Incredible Adventures of Van Helsing. The second entry into this series created a more than decent Tower Defense portion that always had me wanting more as it was used as interlude between larger scaled events. Taking the ideas of these portions and adding in new features, NeoCore has created an entry that is both similar and brand new which caters to lovers of both Tower Defense and Hack and Slash Action RPGs. 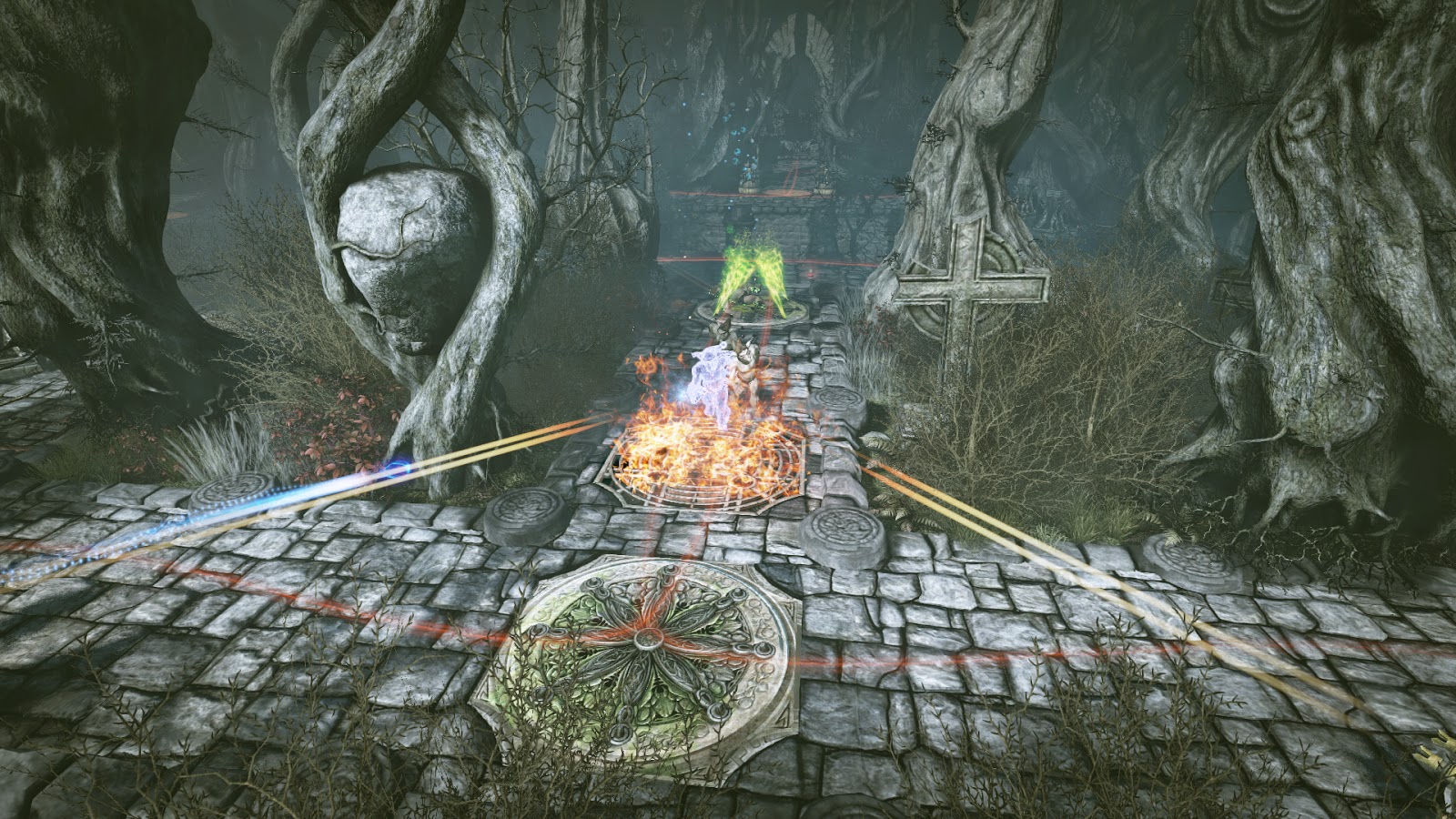 Unlike Van Helsing where players go off on an adventure with the titular character and his ghost partner Katarina, players will instead play one of three different characters. Each have their own strengths and weaknesses depending on the situation but each are equally useful in their respective ranges of combat. The Mercenary takes the Melee approach fending off the creatures of the Ink with large two handed weapons while the Sorceress and Marksmen take longer ranged approaches with Magic and Bullets.

Designed as a Tower Defense first, and a Hack and Slash second, changes up the overall pace compared to the pure Hack and Slash with Tower Defense elements. This has allowed for a completely different experience while keeping multiple tried and true elements that we have already seen by Neocore. What I truly enjoyed was that while your character gains experience, levels up, learns new skills, and acquires upgrade points for traps and towers, the one-man-army approach cannot be used even with decent equipment. Never did it feel like I was a god amongst mortals as I scrambled to upgrade and make new defenses to help me push back the creatures heading for the portals.

Each character has their own individual skill trees that can be tinkered with until the right balance has been found for an individuals play style. At any time if a particular skill allocation doesn’t work out as well as it was thought that it could be, it can be removed for a small cost that adds up as multiple skills are reallocated. 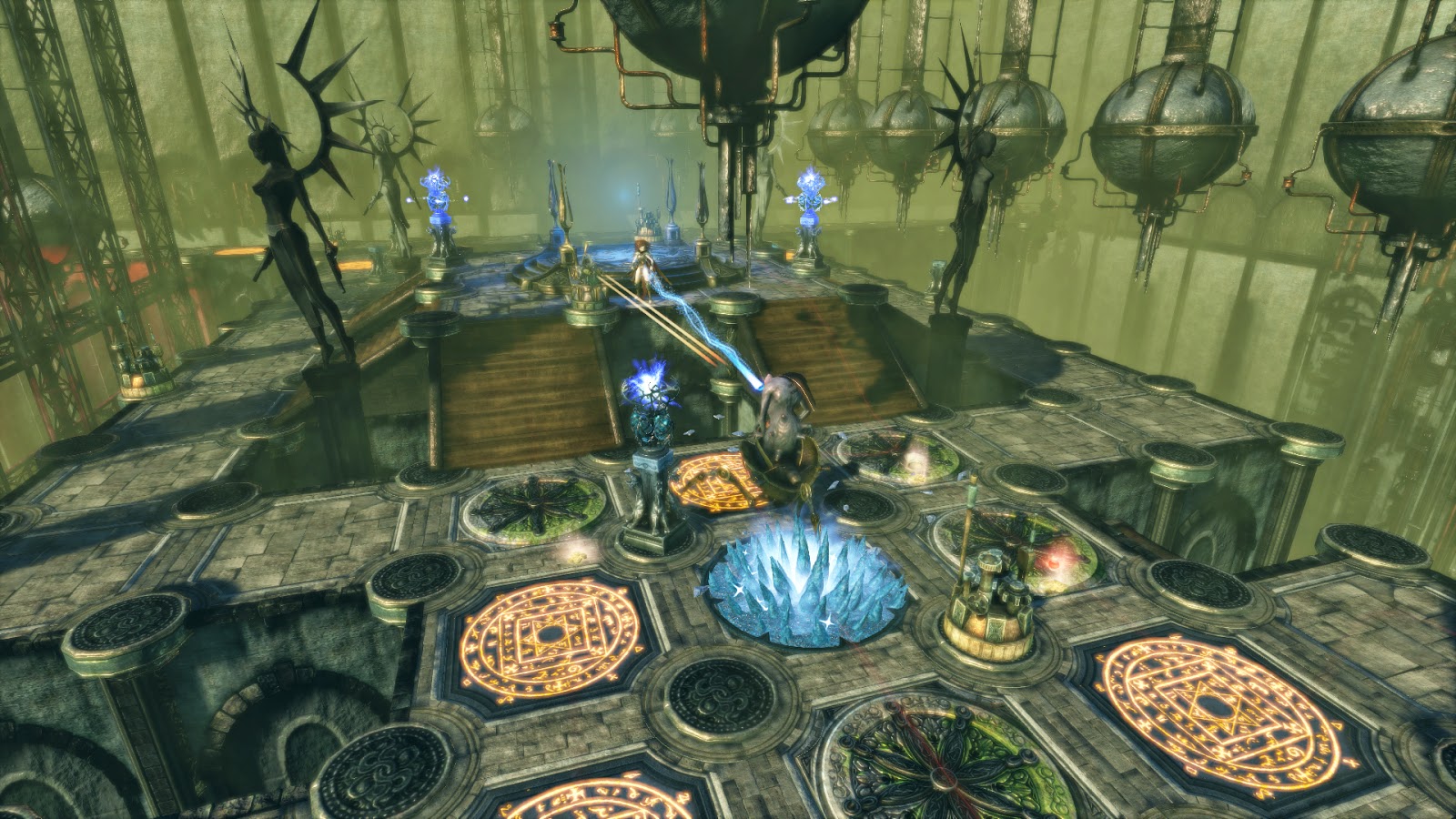 Players are not required to maintain and repair defenses, which, with everything else going on is a good thing. That being said, defenses will still need to be upgraded and players will still need to find out what works best for them if they are going to succeed. The defenses themselves come in several varieties though each can only be used within designated spaces and are not interchangeable. This alone can significantly up the difficulty as sometimes it can be the weakest defenses that stand between your portal and the enemies. The trap types available are: mechanical, magical, and summing traps. Like each character, every defense has enemies that they are both strong or weak against it sometimes making preferred defenses rather useless in certain situations.

Like your individual character, each tower contains different forms of upgrades. The first are the passive types which can be stacked and are active as soon as the defense is placed down. These cost nothing more and are part of the defense’s base cost. The second are upgrades that have to first be selected with skill points and then purchased while in the map. These upgrades have to be done to each individual defense placement and can tie into how defensive you want specific locations to be as you don’t necessarily have to upgrade each and every one.

Multiplayer was something that surprised me a little bit. Generally when switching from Single Player over to Multiplayer players can expect the same experience. Instead of this however, loading up the multiplayer portions with my Player 2 showed different design ideas which changed the solo experience. Instead of following the same patterns, enemies instead follow different paths to support the addition of extra players. What also stood out was how much harder things felt. While true that I went into the multiplayer section with a new character from having almost completed the main campaign at that point in time, Normal on Multiplayer felt like Hard in Single Player which was simply put, awesome. Changing things up that fundamentally was more than worth playing through the levels again with a partner as it produced a different set of challenges. 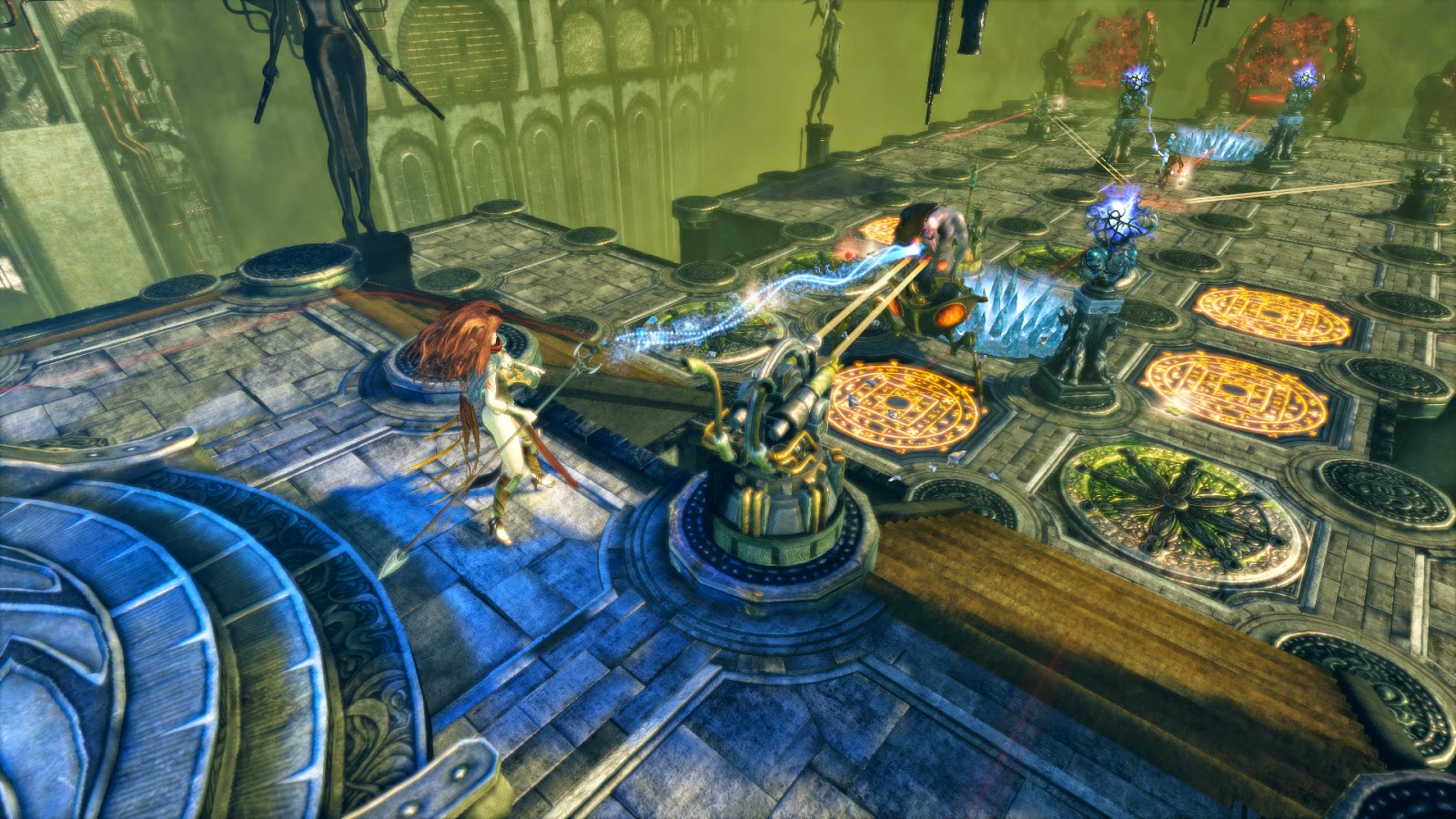 The only real issue that I can say that I had with Deathtrap was when it came to creating or joining a game with Player 2. While Van Helsing had an awesome interface with game names and players making things extremely easy to find, Deathtrap currently has one button that says Find Game. That’s it. Thankfully being on the same network her game was the first to come up but even at that sometimes it could take the better part of a minute or two. Hopefully the interface can be moved over to something like which is supported within Van Helsing.

Deathtrap hits it out of the park with the proper blend of the Tower Defense and the Hack and Slash elements. Hopefully we get to see some better multiplayer menus to set up games in the near future, but short of that everything looked and felt stellar both while playing Single and Multiplayer.

Now I wait for the end of the Van Helsing Trilogy which I hope contains parts of what can be found within Deathtrap!