Dragon Ball is what got me into anime when I was younger and I’ve honestly been a fan ever since. Naruto, One Piece, Bleach, Fairy Tail, all fall into a category that Dragon Ball Z made quite popular. For me it was never the search for the Dragon Balls themselves, or ever the story, but more the fights that were found inside of Dragon Ball Z and the movies. I simply have always loved Dragon Ball’s level of combat. While there have been a slew of Dragon Ball games over the years, Xenoverse is the first to take the player and let them experience the combat with their own character in an original story. 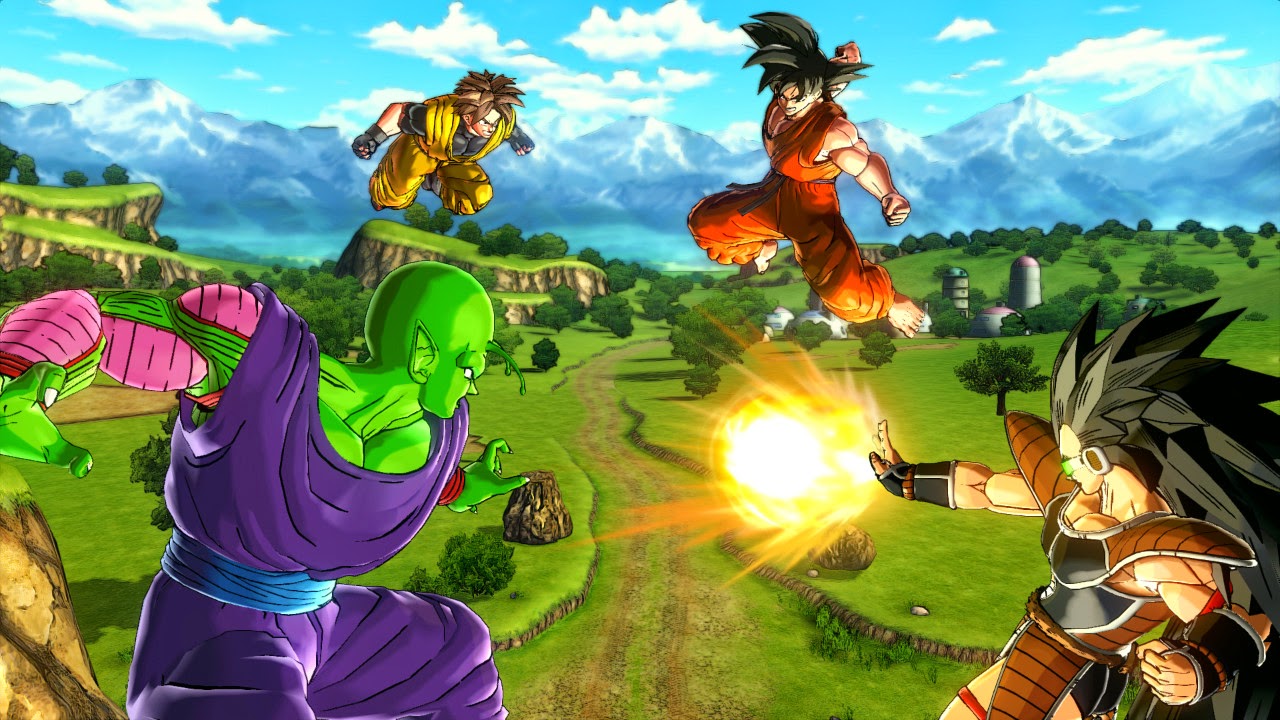 Dragon Ball fans are no strangers to time travel with the original introduction to Trunks. Now while this is nothing new to the series, having your own custom fighter that participates with the existing characters in their own timelines is. Having a choice of five different races, Saiyans, Human, Majinn, Namekians and Frieza (Guess even with his older brother Cooler and their father they still don’t have a name for them), players are not only able to customize their appearance, but also their fighting styles. Having created an original story, your goal is to aid Trunks to put the changing timeline back in order.

While Xenoverse at its core is a fighting game, it relies heavily on RPG aspects in order for players to become stronger. Following in the steps of Dragon Ball where what doesn’t kill you… never mind that statement as a lot of people had died multiple times. Let’s try that again. Following in the steps of Dragon Ball, whether regardless of if players win against ridiculous odds or get thoroughly thrashed by the enemy, they will gain experience points in order to level up. Each level grants a total of three points that can be set into the stat of the player’s choice. By leaving this entirely up to the player, it allows characters to be fully customized to support whichever fighting style suits them best. My preferred style was up close and personal with lots of health to be able to deal a hit and take one in return. Then again…ranged energy blasts are fun especially when your character yells out KAMEHAMEHA!!!! 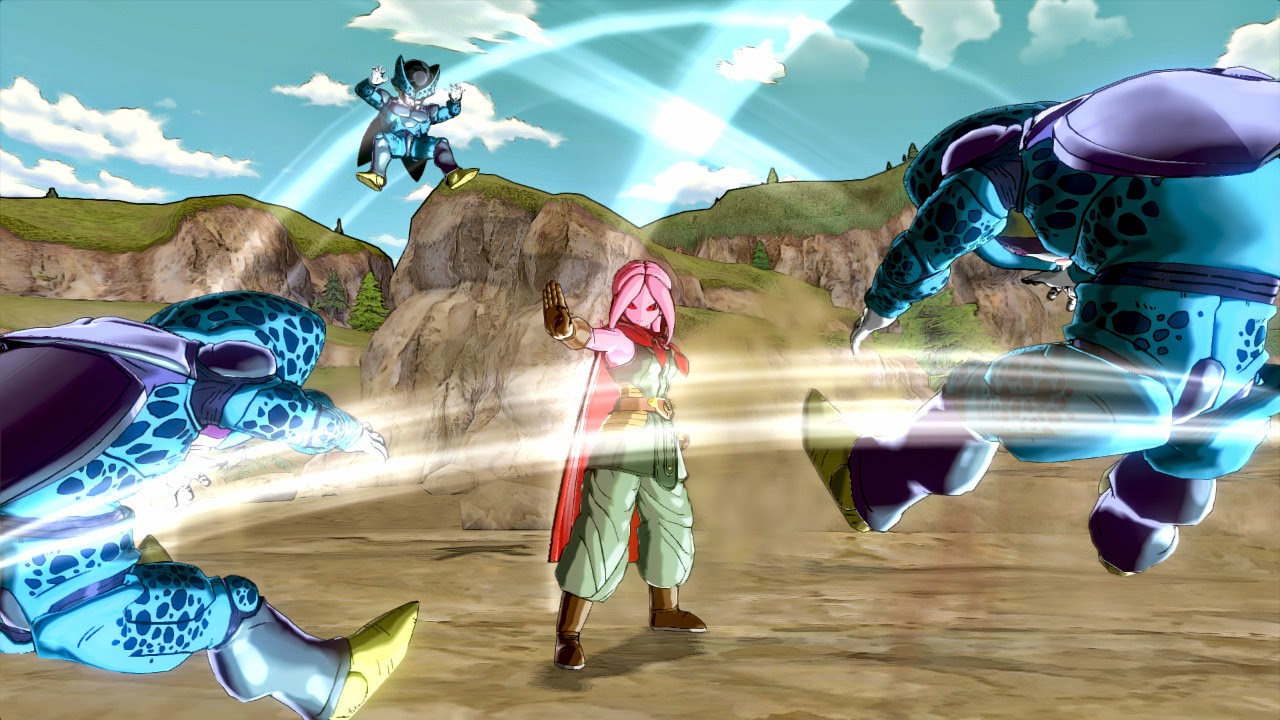 Now regardless of a player’s approach to build their character such as staying up close and personal, moving in and out, or simply fight from a distance with energy, combat felt extremely smooth and fluid. Now as everyone knows not everything always goes according to plan meaning that players must be ready for anything even if they haven’t designed themselves for exactly those kinds of situations. A close range fighter must always be ready to target a foe that prefers to stay further away either by stacking up in their energy or by keeping more stamina in order to keep up as they try to run away.

Basic moves such as punching and kicking your enemies doesn’t cost you anything and can be done as much as you need to. While the basic move set doesn’t cost players anything, the more powerful abilities in your arsenal will be requiring a bit more from players. I was rather happy with the division of more powerful abilities as they have been put into two types of categories. Ki and Stamina for both energy attacks as well as blocking or teleporting out of the way to prevent further harm. Having both of these available for upgrades while leveling up was also a blessing at times.

Now, while losing to a foe is never fun, it can happen. Sometimes even more than once. Thankfully players will be happy to know that this will not mean repeated losing battles against a foe in order to scrounge little bits of experience to gain that next level. Alongside the story missions which are called Time Patrols, players can do parallel quests which are unlocked as the player progresses through the story. These quests not only grant experience, can be done multiple times, allow a player to better familiarize themselves against a specific enemy, but also give the player money to buy better equipment and items. 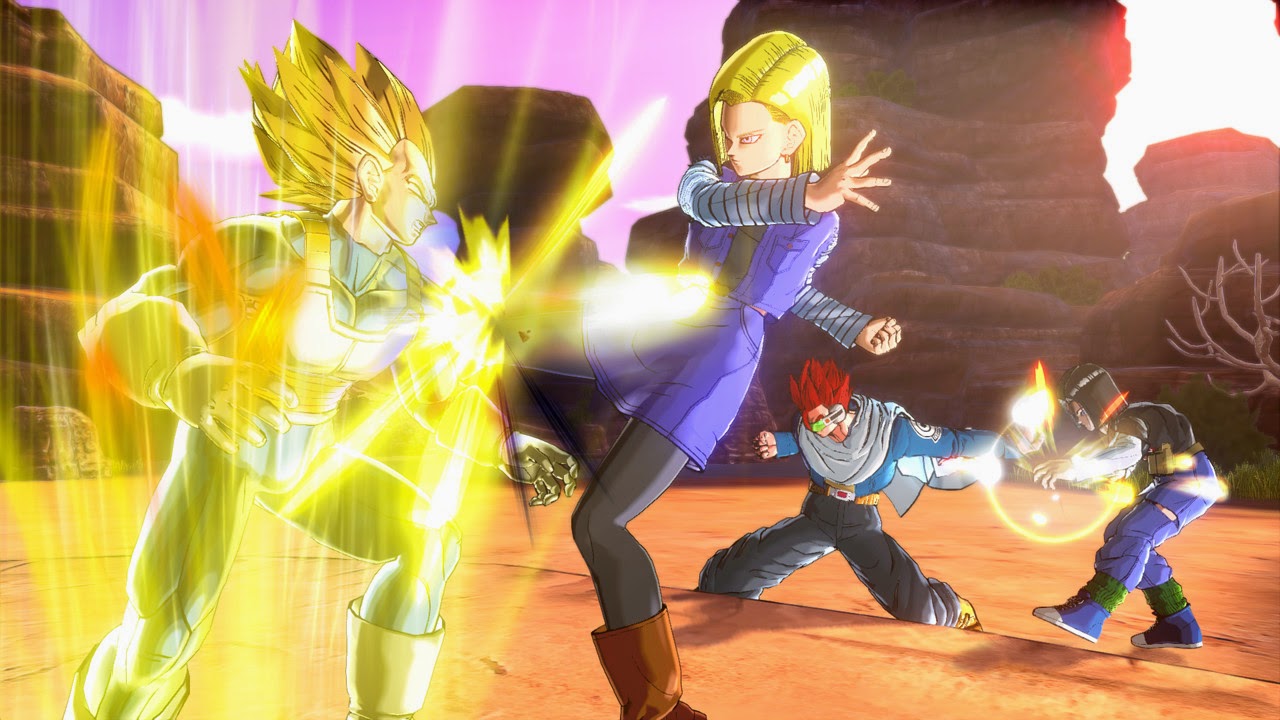 The most interesting part of the Parallel Quests was that the use of the word Parallel. In these quests the players could find themselves in a number of different possible situations such as in many cases fighting alongside the bad guys of the series as they went up against the heroes. Being in Parallel allows for any number of these situations without worrying as something a minor as the actual timeline that you attempting to restore. These generally were unlocked after completing Time Patrols but could also be unlocked in one more manner.

Players between Time Patrols and Parallel Quests will find themselves in the futuristic city of Toki Toki. This city is essentially split up into three quarters each with their own specific functions. The first allows players to continue on with the story as well as take part in world tournaments. The second is a shopping district in which players can find stores of just about any type from buying new skills to new items and clothes. The last of these quarters contains counters for players to participate in online or offline versus matches as well as online or offline Parallel Quests. It is within these three quarters that players will find existing Dragon Ball characters that either offer up quests to be undertaken or to become your Master.

The Master system was one in which I found myself more than thankful for. Who would have thought that someone like Krillin would have given me one of my favorite melee moves in which one equipped, was never removed. Each Master either teaches the player something or requires them to undertake objectives before teaching them anything. Regardless of their approach, to be taken on as an apprentice the player must first defeat them in combat. This is generally not that hard as it is more of a test than anything else. Learning newer and more powerful skills however can lead into much harder and intense fights.

Now while fighting and gaining experience is important, players unless are really out to make it known that they are THAT powerful, aka a badass, will want to invest in equipment and restorative items. Equipment, like in a lot of RPGs can come as a trade-off at times. Boosts attack? Great! But it lowers HP? Um… maybe not. Decisions like these will have to be made as well as the possible fashion statements that some of these present. There were a few moments where it was worth more to look dorky and win, then look badass and be sent packing. 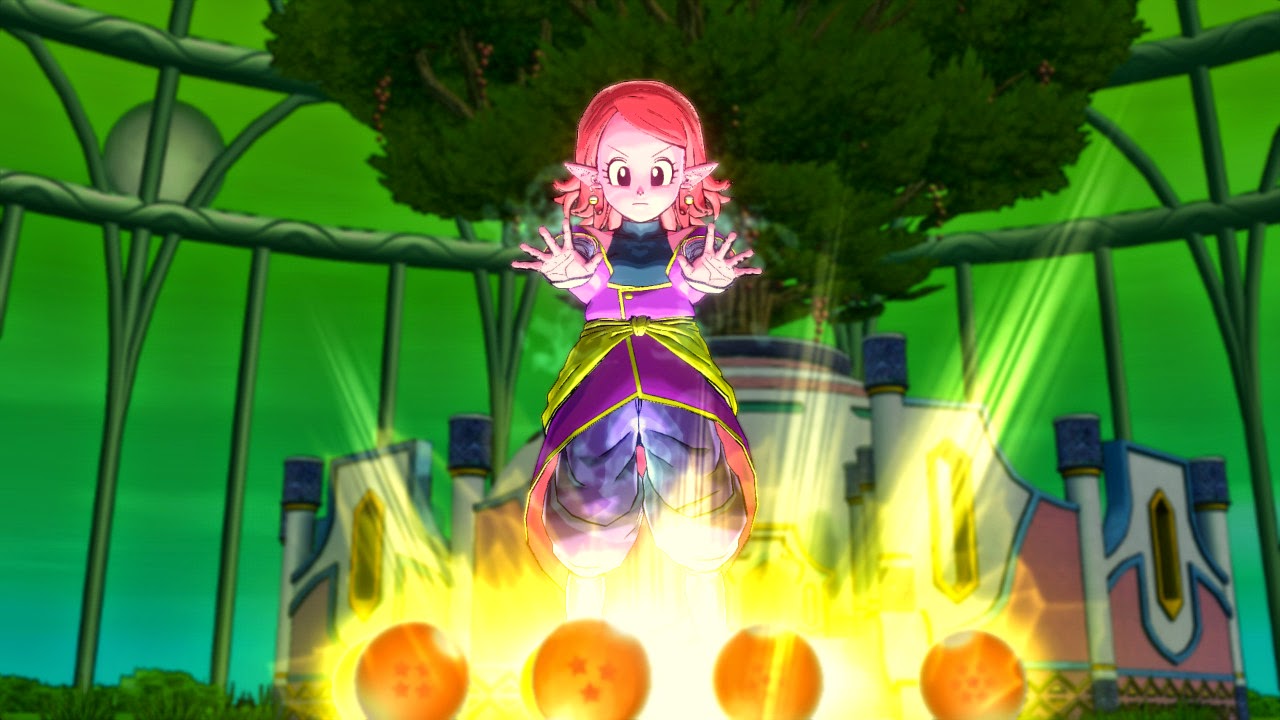 Some Items that I may not have used a lot in the beginning, really became my friends in the later portions. Having the choice to carry different kinds of items, players can set up to four individual options to be used over the course of a battle. More than once because I knew that there would be plenty of bruises, I set myself up with all three levels of healing items plus a regenerative one for good measure.

One of the downsides that I found while playing wasn’t the feature itself, but more the implementation on the now older generation of consoles. Xenoverse handles very well until the online portion is unlocked and players now have access to hire other players to form a team.The system doesn’t handle the online integration well and y main hub goes from being extremely smooth to almost a crawl which is unfortunate as there is no way to turn this feature off. Now this was beyond strange because after going into the actual multiplayer lobby where the other players are running around the hub in an MMO style instead of just their information being statically displayed, everything ran smooth. Only rarely was there a slow down.

The only other issue that I generally had was the distance that a player had to travel when going between a Time Patrol and the Shopping Quarter. For some reason it could feel rather far especially when it was to simply purchase a couple of extra healing items. While the distinction of the three areas was a nice aesthetic touch, it felt tedious when going between them as often as a player will find themselves doing. A a bonus however, there are two item separate identical items shops beside either entrance making that a much shorter trip than several other shopping stops.

Xenoverse, short of the lag that could be experienced in the PS3 version before switching lobbies, was for lack of better words, Freaking Awesome. Being able to fight as your own character alongside your favorite, or most hated characters as you hop in and out of their timeline was brilliant. The game has set the bar rather high for the next entry into the series and I don’t know how do you top something like this short of a brand new story.