“What the hell was that?”

That was pretty much my initial response the first time a massive zombie lumbered into view while I was driving down the road. The little guys? They’re nothing. Future hood ornaments or easily mowed down by bullets. That big guy? He reminds me of the five huge mutants from Fallout 3, and with pretty good reason as he tries to crush my car as I fly past while shooting him full of holes. This is a taste of the insanity that Gas Guzzlers Extreme: Full Metal Zombie provides. 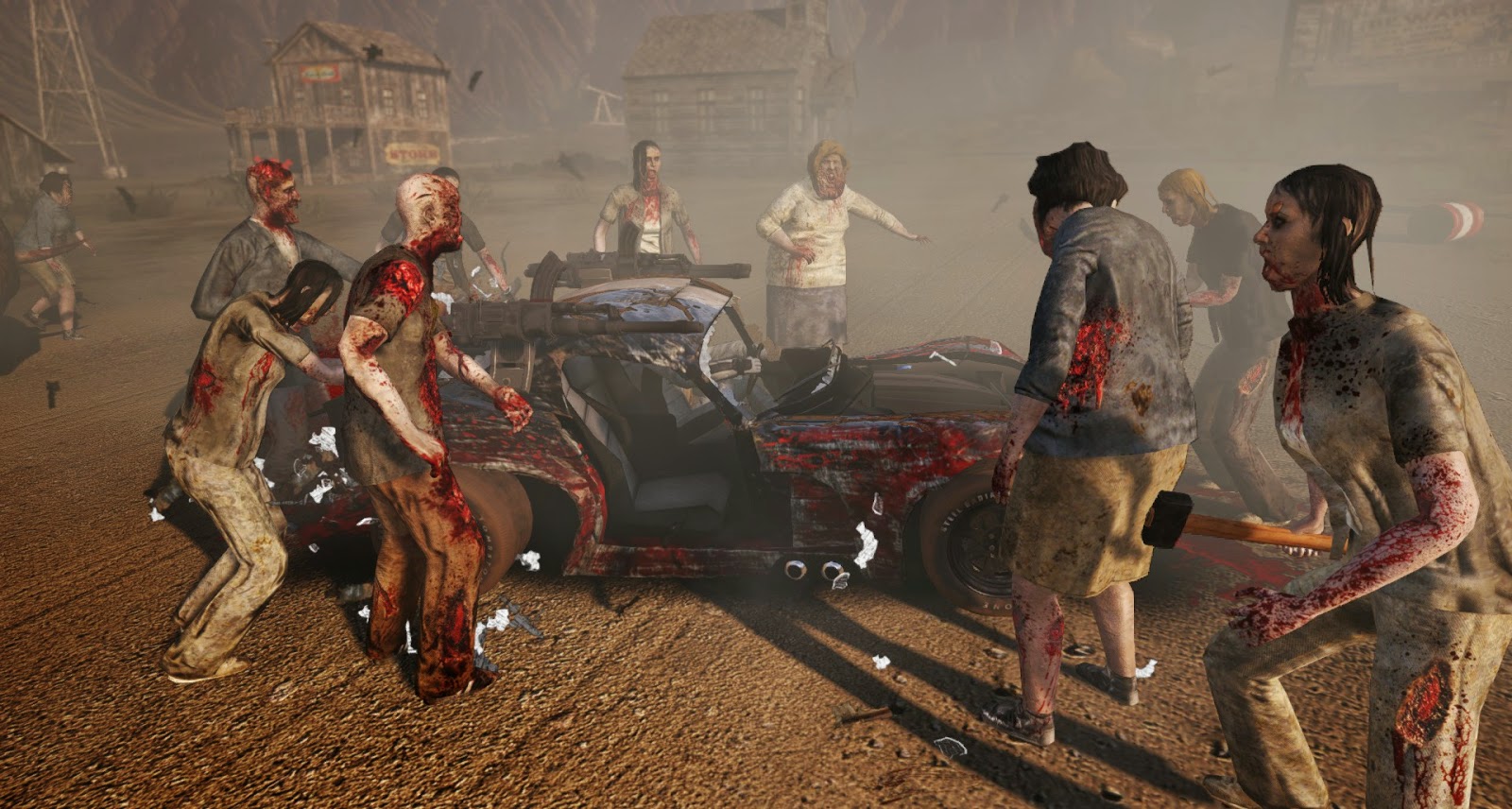 I should preface this by reminding those who read my review on the base game yesterday that Gas Guzzlers Extreme is not exactly a thinking man’s game. It is about high speeds, some cool-looking cars, guns and explosions. That title was nearly one and a half years old, but it serves as the foundation for the latest DLC from Gamepires.

The ridiculousness gets magnified several times in Full Metal Zombie, but it was not as though Gas Guzzlers Extreme was taking itself very seriously to begin with. The premise is pretty basic – with a storm sweeping through and the dead rising to… apparently try to take their frustrations out on quickly moving vehicles. This feels like a very different game, introducing humanoid characters into the mix. The variety of zombies is quite good (including a crazy bison-looking zombie that rolled me over a couple of times).

While the core game is certainly a violent one (I noted in my original review that one of my favorite activities was trying to shove opponents into exploding barrels), the development team ratchets things up a bit here with some new found gore. Blood splatters the camera and rotting limbs go flying as zombies are your reward for executing them from the confines of your car. However, that speedy death dealing ride of yours can easily become a deathtrap should you start sliding about on too much zombie guts and blood, and do not underestimate just how badly one of those big guys can mess you up as well. 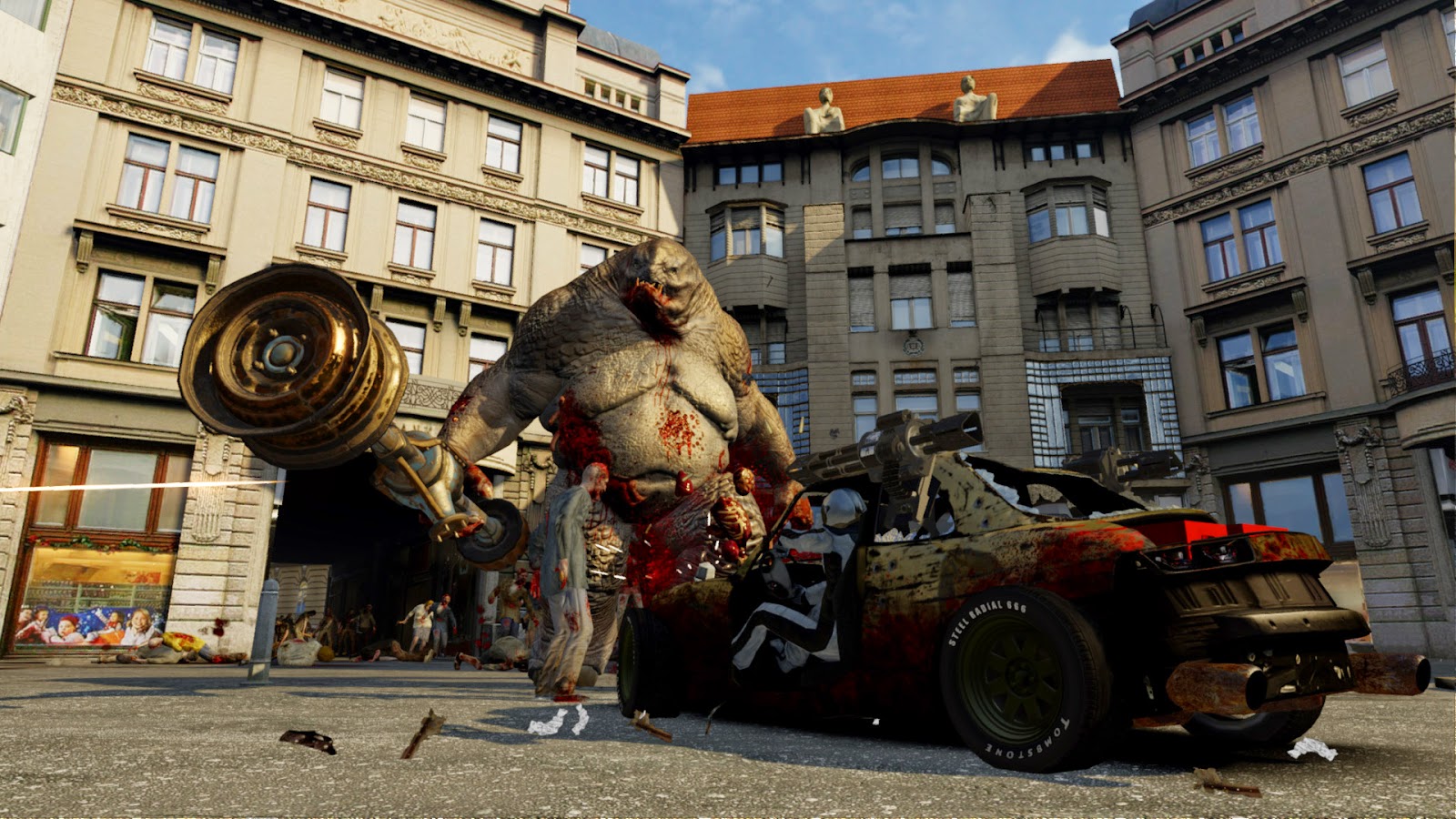 Games where players shoot zombies are not particularly rare these days, but because you are in a car doing it, Full Metal Zombie does bring something different to the experience. You are not stopping on a dime, you are not sliding to the left strafing the dead heads. Because momentum is such a key part of driving, it is something that needs to be remembered here. Certainly it can be to your advantage, but sometimes hitting your target can be quite a challenge when you are zipping around.

With a large new city, a new car and a couple of new game modes added to the mix, there is some decent content being added. At roughly one third the price of the core game, you certainly get more for your money with the base Gas Guzzlers Extreme, but if you are a fan of that game and looking for a reason to dust it off and try something new with it, Gas Guzzlers Extreme: Full Metal Zombie should do the trick nicely.