I was worried about my available hard drive space on the PlayStation 4 the moment it was announced that the console would be shipping with only a 500 gigabyte drive. The large game sizes proved that concern to be valid in short order, where my drive was at maximum capacity about four months later. After playing musical chairs with the saved games on my existing drive over the last year, I finally decided to break down and invest in a new one. The Samsung Seagate Momentus Spinpoint to be precise. 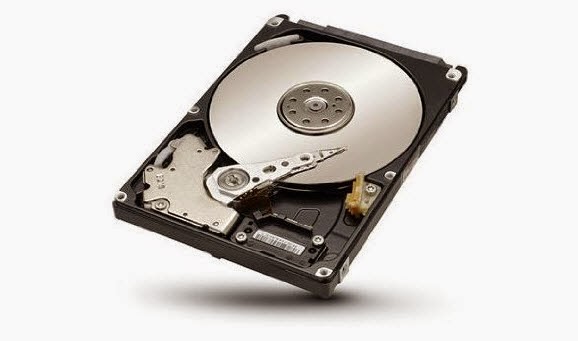 First, an explanation of the drive itself – this is what you would normally install into a laptop. The PlayStation 4 requires that the drives be quite small to fit, and it does not support externals yet (though there are solutions on the way for those more patient than myself).  I plan to go over the steps on the actual installation this afternoon in a post here at Chalgyr’s Game Room, but in the meantime I thought I would talk about the drive itself, the packaging and its performance now that I have been using it for a bit.

The stock PlayStation hard drive is a SATA II 3Gbps with 500GB of storage and 5,400 RPM. There are options out there that can lend more speed to the hard drive, but here the SpinPoint is fairly similar in that it is a SATA II with 6.0Gbps, but only clocks at the same 5,400 RPM. For me the biggest win was going to two terabytes. That figure can be somewhat misleading. Once I had it installed with the latest PS4 firmware, the hard drive was only sporting about 1.75TB of space. Still considerably better than what I had before.

The drive itself comes in a small static-proof sealed plastic package in a simple cardboard box that was snug enough to keep the drive from bouncing around instead while in transit. Some tips for installing it into the PlayStation 4:

– Makes sure that when you are screwing this drive into the carriage on the PlayStation 4, that you are doing so evenly. Over-tightening one side might keep the drive from aligning and therefore functioning properly.

– Make sure to grab the latest firmware from the PlayStation website. Make sure to use the link below the Download Update and View Update History buttons. It will be labeled: Do you want to perform a fresh install of the full system software? If so click here – the update one is smaller, but won’t have everything you need.

– This firmware needs to be put on a FAT32 formatted USB stick that is inserted into the PlayStation 4 when you boot it into safe mode (hold down the power button for seven seconds until you hear a beep and the system starts) and choose the 7th and final option.

That is all there is to it from the hard drive’s standpoint. I spent a couple of days downloading my titles onto the new drive, which now holds every PS4 game I own with about a terabyte to spare. The drive itself could be faster, but it is functional in that it serves as a very solid pack mule for your collection of games.