comments Share
You are reading
ScreamRide – Xbox One Review

ScreamRide is an interesting beast, because it was not exactly what I expected, but it still provided plenty of what I wanted. Those familiar with the Roller Coaster Tycoon games should feel comfortably at home with what ScreamRide brings to the table, yet those looking for a similar simulation experience might come away disappointed as well. If you take ScreamRide for what it is, the game itself is actually quite a bit of fun, but set your expectations appropriately. 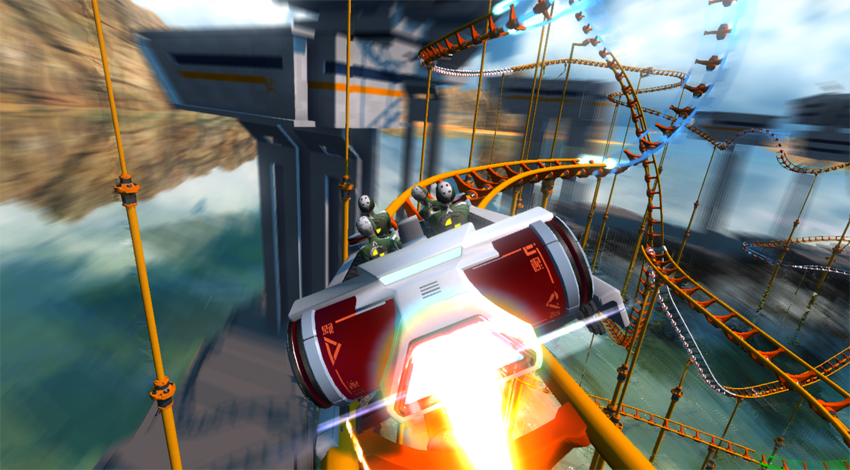 I had read up on and generally knew what to expect from ScreamRide before it released, but it would be easy to assume that this was perhaps Roller Coaster Tycoon for the new console generation. That would prove to be incorrect however, as this is really not a simulator where you concern yourself with making money, selling popcorn or making sure people have enough bathroom access. For better or for worse, the focus of ScreamRide is on the rides themselves.

ScreamRide is somewhat at odds with itself, because it is not one big overarching title where you manage all aspects of a park. There is actually a semblance of a storyline here, helping to glue everything together, but at the same time it is essentially a trio of smaller games cobbled together by the narrative in the Career Mode.

The first is the ScreamRider mode. The objective here is to complete a race without letting your roller coaster derail. Failing to keep things on track will see your final score heavily penalized and sort of reminded me of the Trials games due to the need to finesse boosting and accelerating against the physics of the track. The difficulty curve here actually felt pretty spot-on. Early on it was easy to coast (pun intended) through those stages, but taking on the later tracks and trying to collect on the bonus challenges can prove quite difficult. 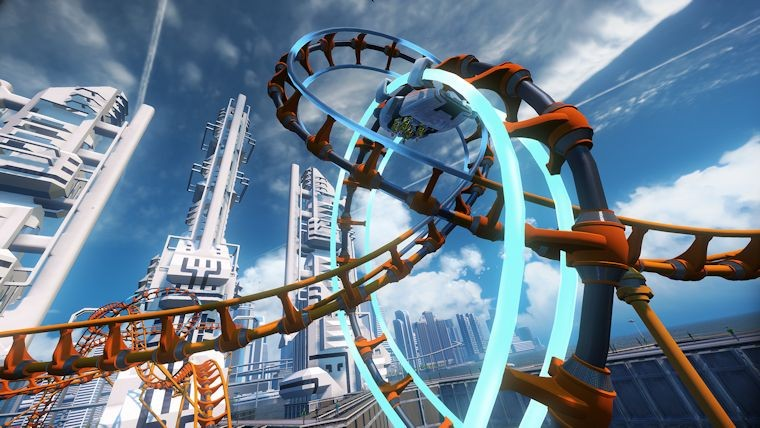 Next up you have the Demolition Expert, which is almost exactly as it sounds. You are trying to tear things down as efficiently as possible (this usually means finding barrels that will cause bigger explosions). Hurling cabins (yes, cabins) at the tracks was actually more fun than I expected it to be. It has that same kind of addicting destructive challenge as games like King Oddball and Angry Birds, but it is much prettier. If this mode is held back by anything, it is the lack of variety. While the gameplay probably has the most randomness to it when compared to the other two modes, the limited number of cabins and stages does hold this mode back some.

Engineer is probably the one that will appeal to Tycoon fanatics the most. Here you get to build your own ride, though you are given parameters for doing so. These can range from trying to meet specific requirements in the track design itself (for example, how many loops to use) or making sure that riders do not get too sick. This is the slowest burn of the three Career modes, and in some ways the most restrictive because of the guidelines, but because you are actually building something, it is the most creative of the three modes as well. 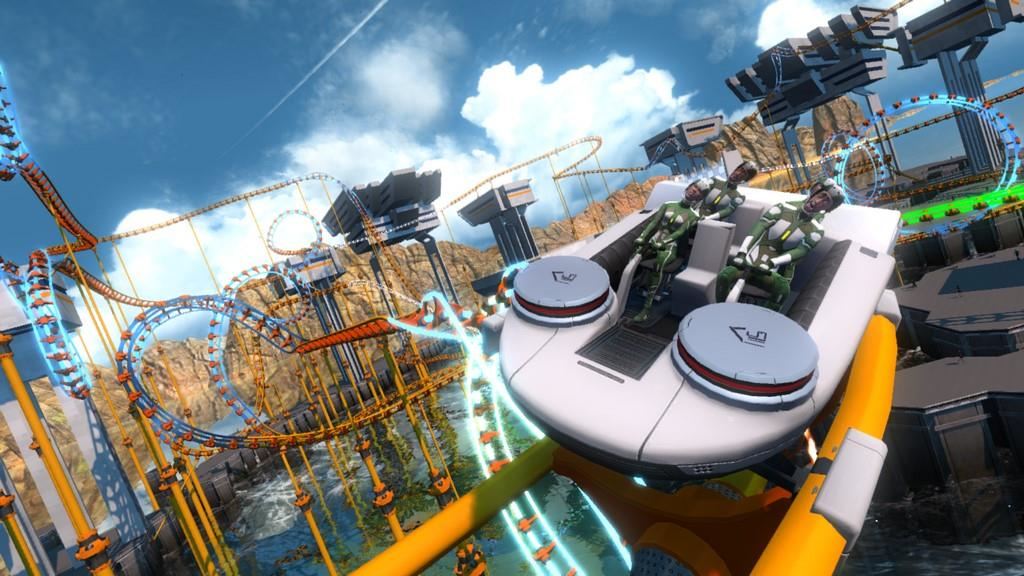 These three modes work well together to create the core ScreamRide experience and I can appreciate the semblance of a story too try and link everything together. However, some people just want the freedom to create, and the restriction in the Engineer mode are perhaps too confining for some. This Sandbox mode allows you to author a ride all of your own. It lacks the overall management options from a Tycoon game, but thankfully the coaster creation tools are still pretty robust. Given that the game is still so fresh, there is not an abundance of user content out there yet, but it is great to see others using the tool to share their creations and let others ride on them as well.

Visually ScreamRide is fairly sharp. Colorful enough to fit in with a Pixar movie, the graphics are not a technical achievement, but they are pleasant all the same and help you appreciate the sense of speed found in many of these rides. For a game with the word ‘scream’ in it, I do wish the sound effects were better and offered a bit more variety, but they as well as the music disappoint.

ScreamRide would certainly be helped by a more Tycoon-like mode that lets you interweave your various rides and perhaps manage more options in simulator-like fashion. The choices made here are great because the physics are solid and there is a low barrier of entry that allows people to dive in and just start playing. The downside is none of the modes are incredibly deep and ScreamRide’s lack of options means that some players might find themselves moving on to something else sooner than they might have had there been a few more gameplay carrots been dangled along the way. Still, for those looking for a fun, fast Roller Coaster game to play on their consoles, ScreamRide should more than satisfy that need.