At a glance, Soldner-X 2: Final Prototype should not be quite as addicting as it is. There is nothing inherently wrong with the title, but it also does not feel like it is breaking new ground. However, what Soldner-X 2 brings to the table is a fantastic mesh of brisk action, vivid visuals and pulsing music and sound that creates an overall experience stronger than the sum of its parts. 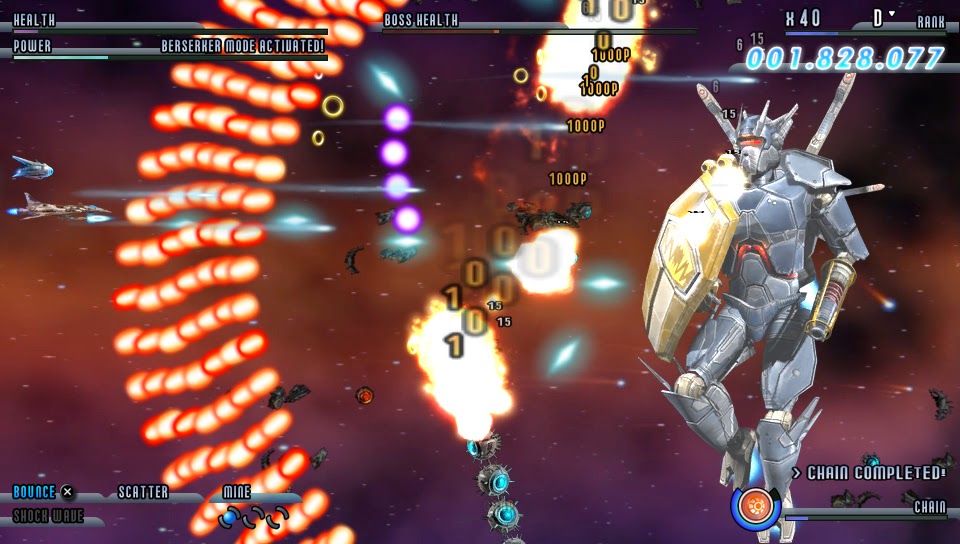 The timing for Soldner-X 2 was actually somewhat perfect, because I had been playing some old school shooters with my son recently on our older consoles (think Parsec, Life Force and Gradius) when we had a chance to play this new release. Certainly visuals have come a long ways since those days, as has the music we listen to while playing our games. Here the detail, ridiculous amounts of movement and the number of incoming ships makes Soldner-X 2 a visual feast of activity. The soundtrack can be a bit repetitive, but the driving beat and occasional use of voice acting help to set the stage for what proves to be a fun shooter.

Fundamentally, Soldner-X 2 is proof that a solid concept can still be fun, even if it is very familiar territory. Here you are scrolling from left to right, avoiding enemies, landscape and bullets while trying to shoot down just about everything in your line of sight. Soldner-X 2 certainly understands that it is a challenging game (though variable difficulties and a ranking at the end of each stage give you some additional ways to strike a balance between challenging and frustrating). You have a health bar, different types of weapons that can be switched between and a few different types of ships to choose from. Pick-ups such as bonus points, power-ups and health drop when certain enemies are defeated. Memorization and reflexes are key. Stages culminate in some pretty epic boss battles as well. 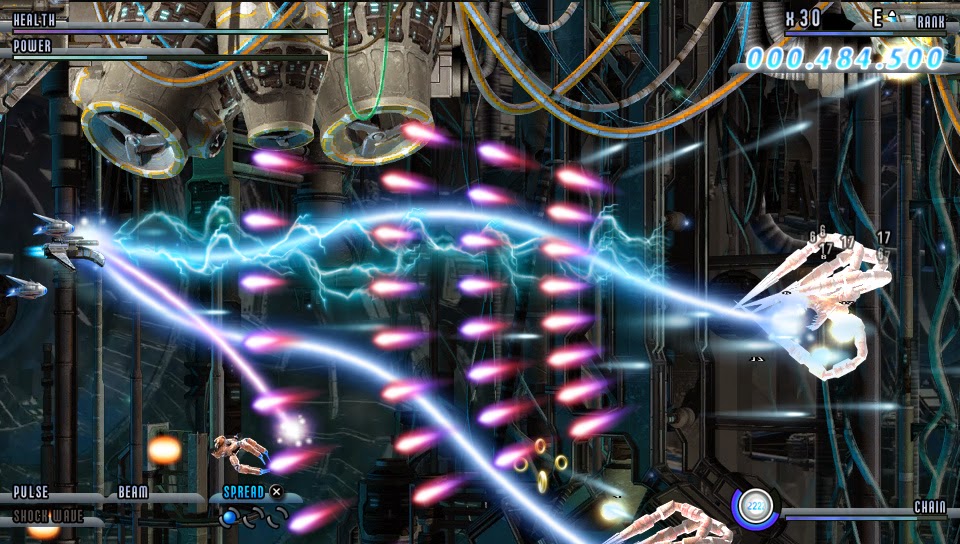 There is an unlock system used to progress that can be a bit frustrating, because it is reliant on picking up keys. Soldner-X 2 is not a terribly long game, but it tries to pad its playtime through two different mechanisms. The first is a collection system based on secret keys. Most of these can be found just by trying to shoot down everything in sight, but some of them are a pain to track down. I get the general idea, but I am not sure that ‘shooter’ and ‘grinding’ really go hand-in-hand the way grinding does with RPG or strategy games. Unfortunately some of the stages require so many visits that Soldner-X 2 can feel a bit like a grind while trying to track down those keys.

Why hunt these keys down? Well, if you want to unlock things – you will need them. What kind of things? Basically everything. Stages, ships, challenges and more are reliant on your ability to track down these five keys per stage. I understand wanting to regulate how quickly someone can progress through a game, but keys or stars based on level performance have never been my favorite mechanism. I prefer something a bit more organic, such as level difficulty. 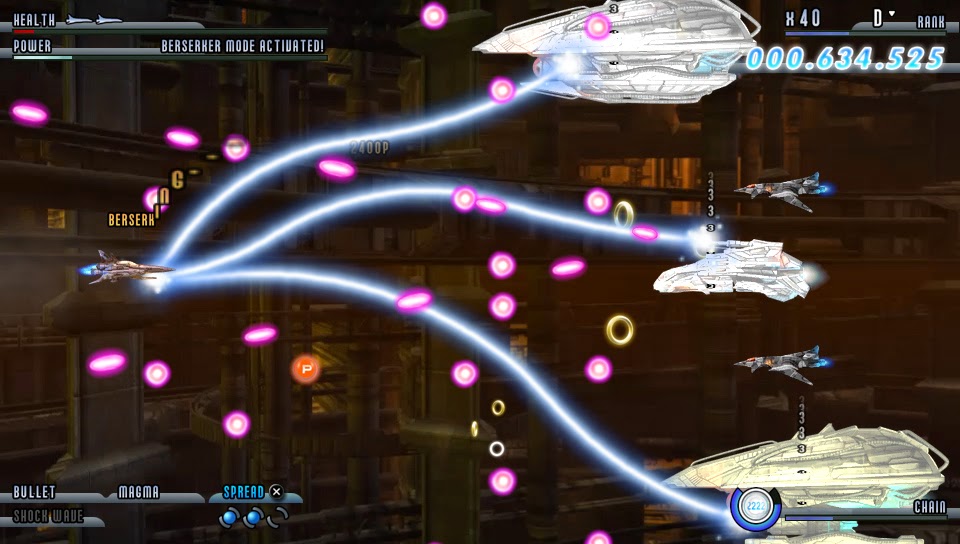 That being said, the content is worth acquiring, despite the artificial barriers to acquisition. Challenges in particular provide a reason to continue playing. One of my favorite challenges was also one of the most maddening. Evasion is exactly what it sounds like. You are not shooting things down – you are trying to progress through the level without getting hit more than a few times in total. These challenges are just that – incredibly challenging. They are also however, very rewarding. Aside from the sense of accomplishment you get from them, they also unlock perks you can use in the proper game. It is an interesting, almost symbiotic relationship as early on you might want to play with the difficulty turned down, but then try some challenges, get a perk or two, and then take your new found power and skill back into the main game at a higher level of difficulty.

Despite the core game itself not being terribly long, these unlockable levels and challenges add plenty of replay value. Add to it the leaderboards, and Soldner-X 2: Final Prototype quickly becomes a better, more entertaining game than it might first appear to be. Tight controls, a slick presentation, plenty of replay value and a good fundamental set of mechanics make Soldner-X 2 a good way to spend a couple of dozen hours if you are a fan of challenging space shooters.