comments Share
You are reading
There Came an Echo – PC Review

I love when games take chances. That was the case in my recently reviewed Hand of Fate, and it was equally true when I was logging hours with There Came an Echo. This new real-time strategy game features mouse control, but that is mostly used for zooming and panning. The game itself revolves around using a microphone to issue voice commands. This is a feature that had the potential to be pretty gimmicky, but in truth it is well-executed and serves as a nice, immersive hook instead. 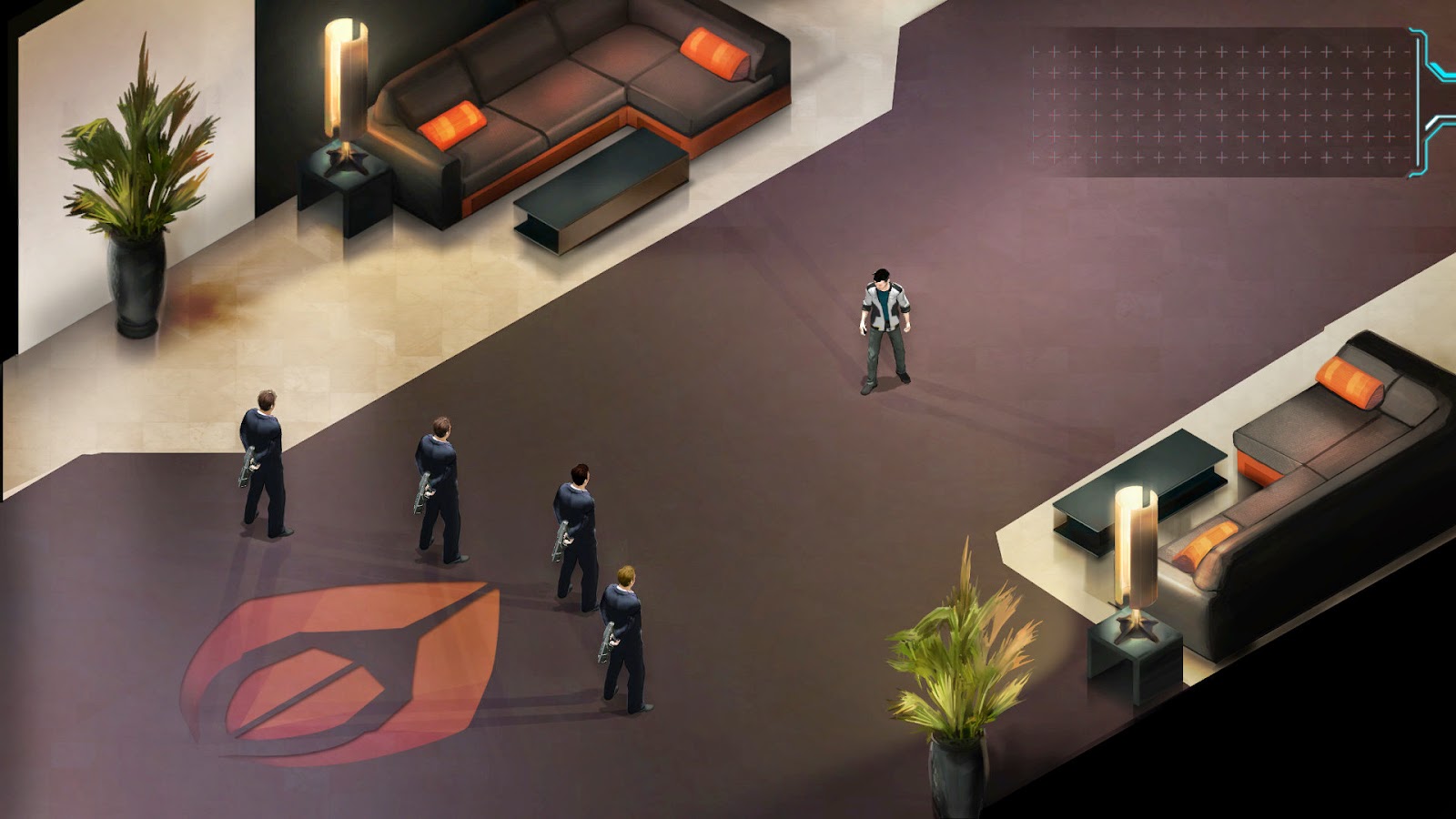 The story starts in amusingly Matrix-like fashion as some men in black suits arrive at Corrin Webb’s workplace to see him off. Voiced by Wil Wheaton, Corrin even cracks a Morpheus joke as he is guided out of the office via his cellphone. Despite the nature of this introduction, it serves the player quite well as you are introduced to the basics of moving characters around using voice recognition.

There are a good number of options built into the game that can help you customize the experience, ranging from microphone sensitivity to the recognition itself. In truth, the microphone sensitivity meter in the setup screen is a bit off. It was encouraging me to speak loud enough to make the sensitivity bar yellow, but short of screaming I was not going to get it to reach that range. However, I never needed to. I spent years doing technical support on the phone, so I am used to speaking loudly and enunciating my words, but I still never had any trouble getting the game to recognize my commands. If there was an error, it was on my part because I was saying the wrong thing or talking too quickly for the game to fully process it all.

Things do get more complicated when the firefights start. Tasking individual members or the entire team to focus on a particular enemy or to move from one location to another did cause my tongue to twist up a few times as my mind was processing things far more quickly than my mouth was. As someone who types and uses a controller very quickly, this was quite the shift in my use of muscle memory. There were several times I was trying to click on someone with the mouse instead of calling them out verbally. 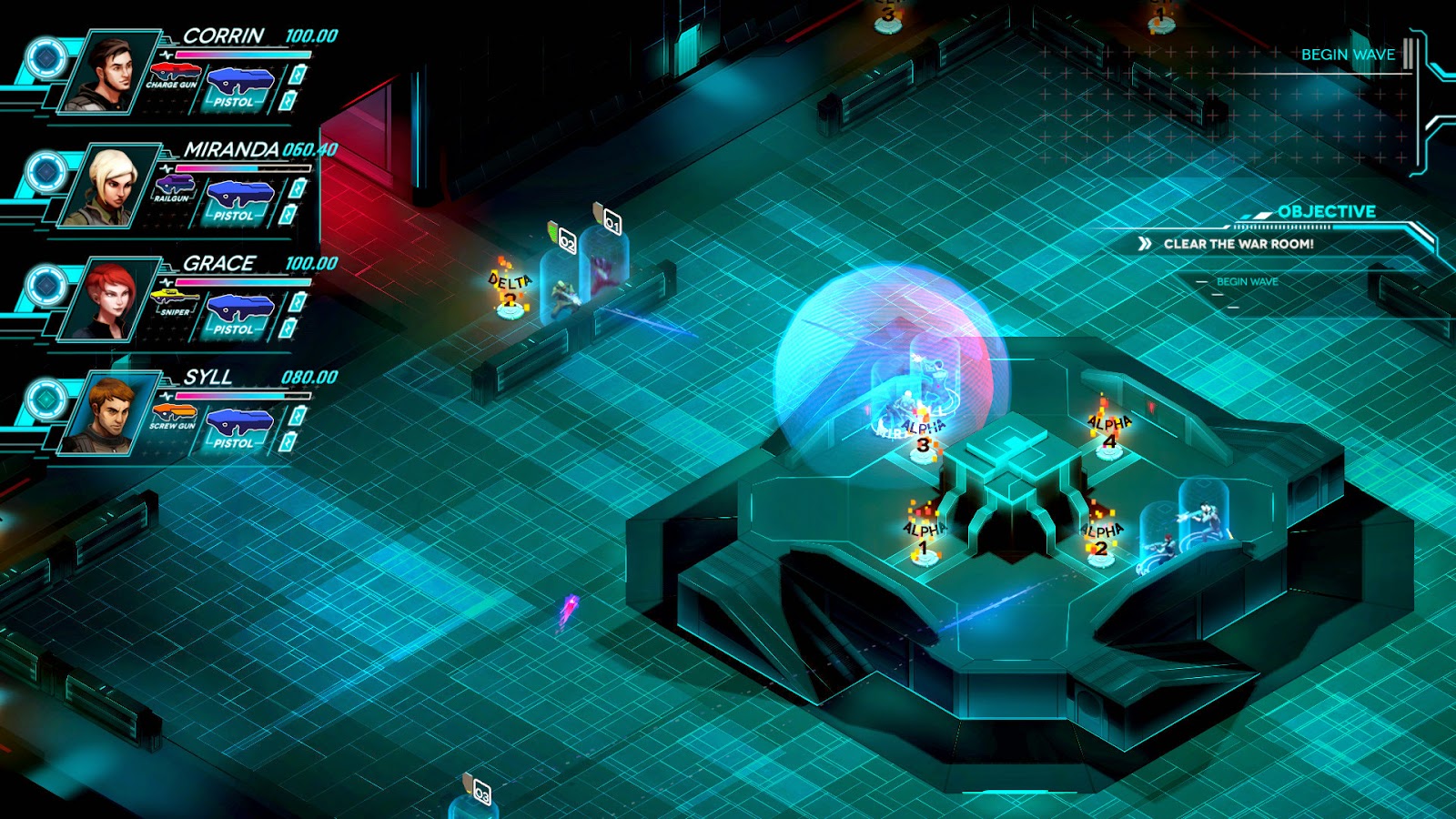 The story start simply enough as we follow Corrin in his escape from a group that is attempting to kidnap him in hopes he can crack the Radial Lock. The story itself is solid enough, but it is greatly helped by its cast of voice acting talent (such as Laura Baily and Yuri Lowenthal). They bring some good life to the characters, many of which are quick with sarcastic wit as they interact with one another. Also? This is one outstanding soundtrack. Outstanding.

The visuals themselves are something of a more mixed bag. Characters and environments are not terribly detailed, but there is a lot of activity on the screen to account for (especially when zoomed back on the map). The environments are bright and easy to navigate visually, often drenched in shades of neon that add to the science fiction feel of the game. The characters themselves animate in stiff fashion, which is disappointing given the great voice work. It feels like the visual side of the presentation is lagging somewhat behind, which is funny considering how the game starts with a bang. Something about the introductory credit sequence just felt like a movie, and that notion was only reinforced by the voice actors.

That is not to say everything is rosy. The voice controls can still be somewhat limiting compared to what you might normally be able to do in a strategy game of this nature. Movement is affixed to specific locations that you guide characters toward. Weapons and their alternate fire are neat, but better progression for the characters themselves would have been nice. The story can be a bit convoluted at times as well. That being said, the last couple of hours really bring everything to a head and while I dare not give away any plot, I will state that I came away entertained. 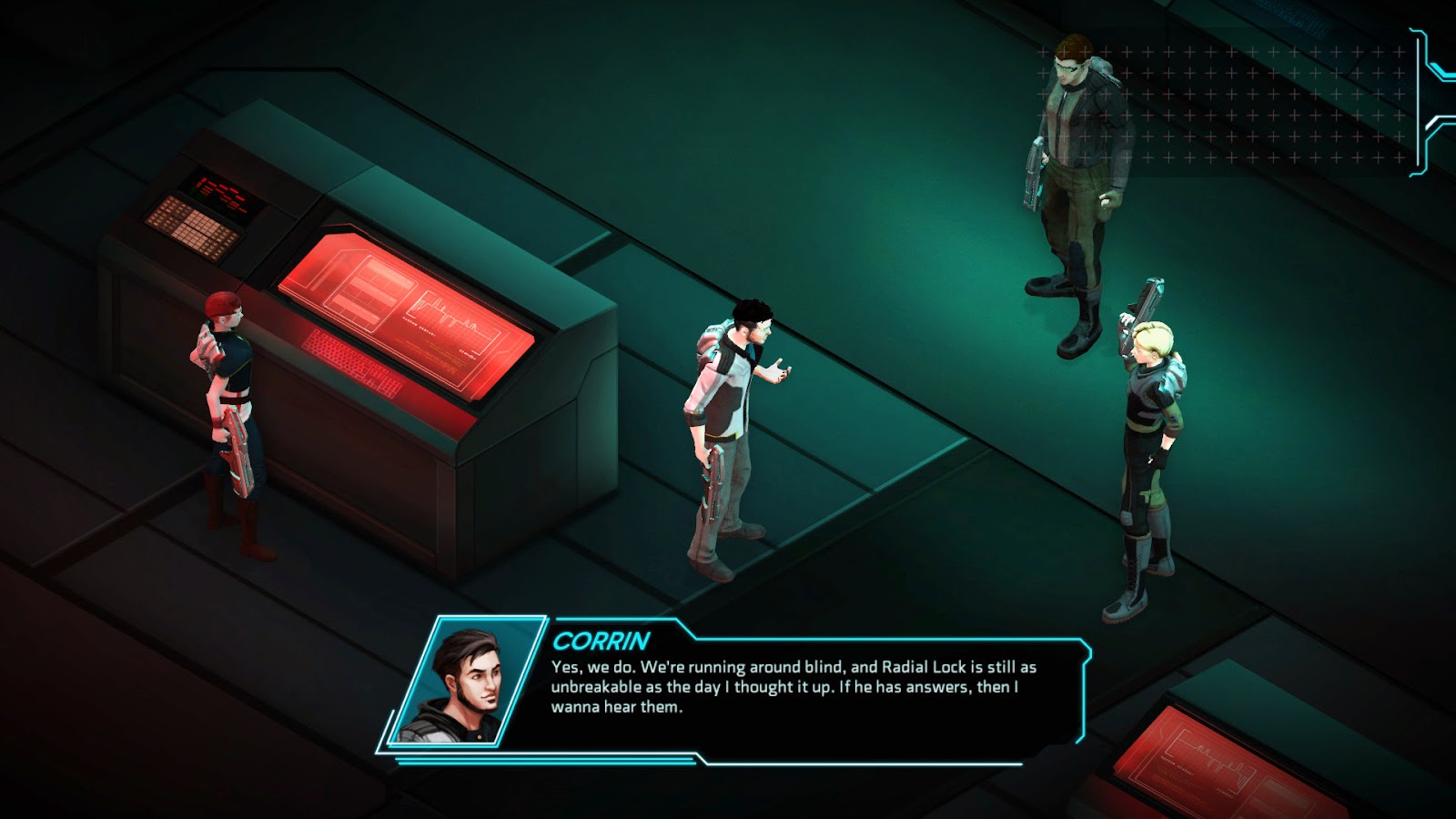 There are some clever conveniences built into the interface that allow you to essentially set up audio macros or aliases. These work to streamline and help customize the experience, though I’m sure after a couple of hours my wife was wondering why I was shouting the name ‘Miranda’ in my den every couple of minutes. With the pulsing soundtrack and the use of audio commands, There Came an Echo really stands out as something unique. The title can be played without the voice control, but I would strongly suggest against doing so. It transcends what could have been seen as a gimmicky option and makes the experience far better for using it as intended.

The War Room helps to add something more to the proceedings (serving as a sort of player versus wave game), but the story itself is not overly long and the lack of any any multiplayer options means that replay value might prove limited here.

There Came an Echo certainly feels like it could be the foundation of something more. The use of audio (both heard and spoken) is brilliant. The visuals could use some polish and there are some bugs here and there along the way, but There Came an Echo manages to feel fresh and immersive.