White Night absolutely scores on the front of horror adventure. The stylish visuals, the story and the terrifying, palpable atmosphere are the clear takeaways to be had here. The heart of this game beats with a creepy life of its own. Unfortunately the body of work around the center of this game has plenty of jagged edges that distracted from the experience for me, and might just be deal killers for others. 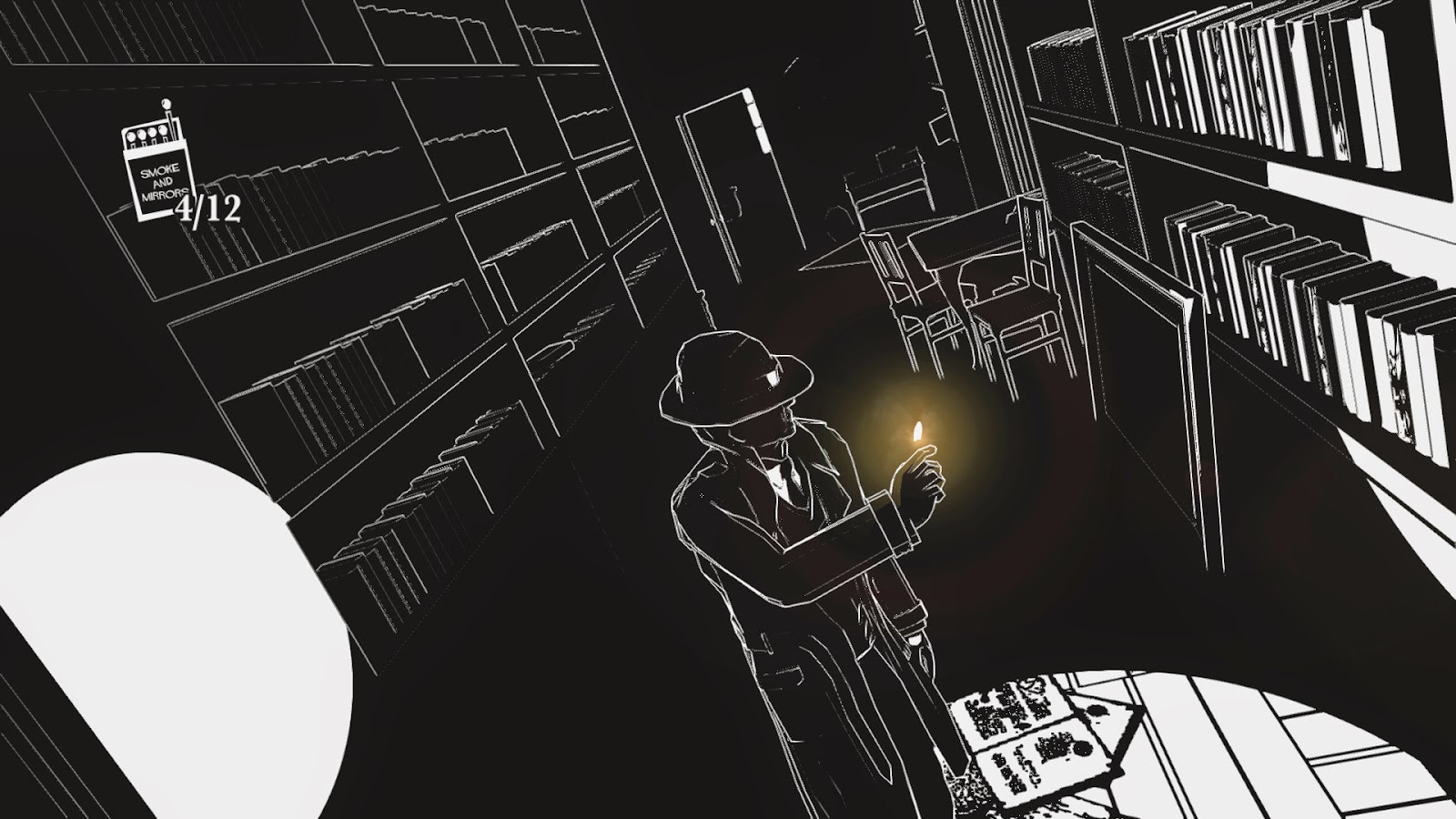 The foreboding atmosphere is established immediately, and the start use of whites and blacks are every bit as visually appealing as the similar yet softer shades found in the platformer Limbo. This is a classic survival horror adventure that is aided not just by the slick visual design, but by extremely solid writing as well. White Night kept me up well into the evening, making it a fitting if sometimes uncomfortable play in the darkened room at night.

I certainly find this sense of atmosphere more rewarding than horror games turned into mindless action titles (Dead Space 3 sadly comes to mind). White Night plays on your mind through subtleties found in the environments and the story itself. The 1930’s mansion is a perfect setting and the use of light is a clever mechanic that is not completely original, but feels appropriate for this title. 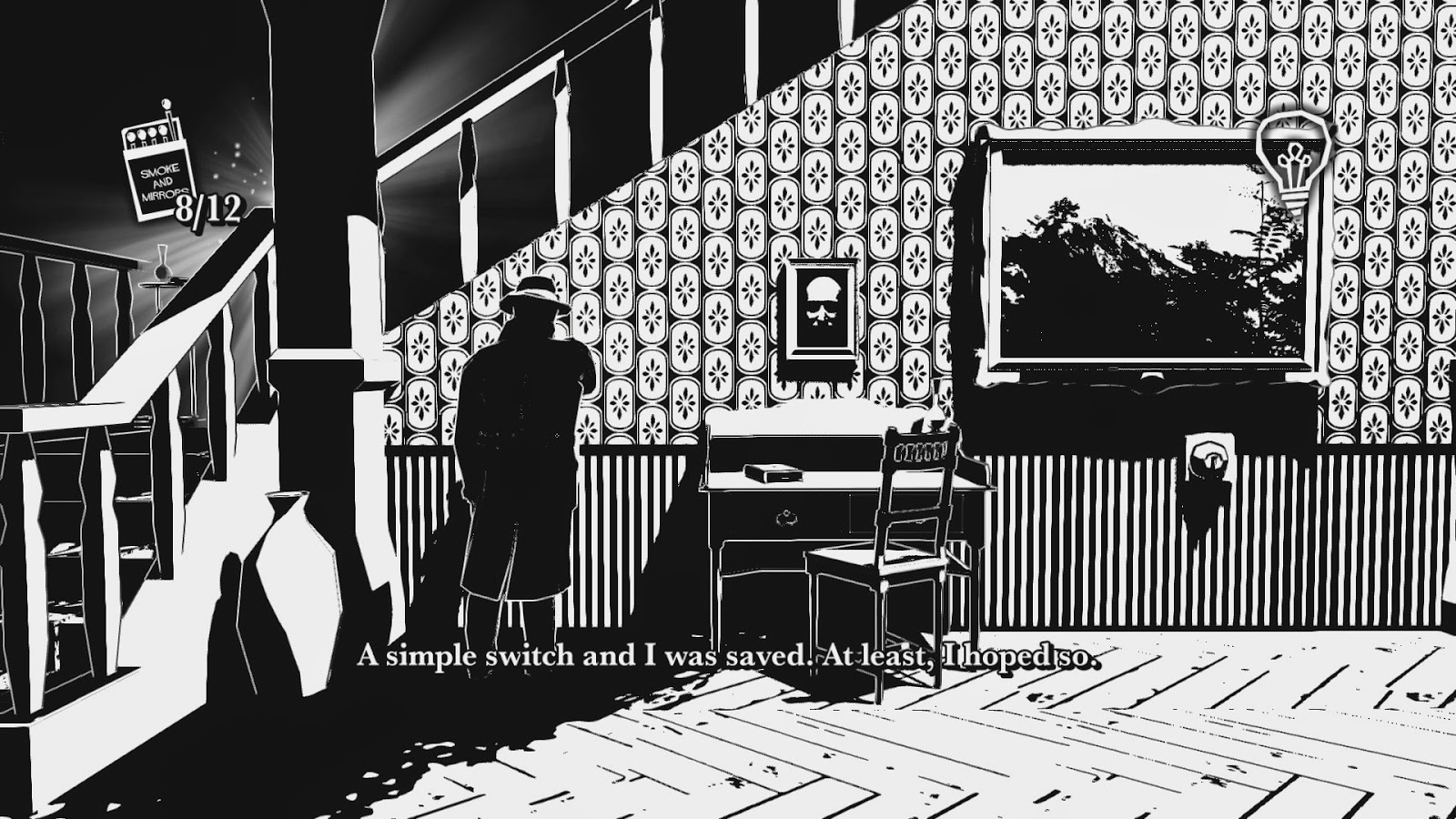 Unfortunately technical issues do mar the experience. In this day and age, there is little forgiveness for fickle camera angles, yet White Night suffers from this particular issue more often than I would have liked. The save system feels like a throwback to older horror games, which on the surface makes sense but in reality is libel to simply frustrate players.

Also, while I liked the concept behind many of the puzzles, the execution often felt lacking. Maybe I just was not terribly good at them, or perhaps the luck-based moments just frustrated me more than I would have liked, but I could not help but feel that many of the puzzles in White Night leaned closer to ‘cheap’ than ‘challenging’. The end result was a sense of artificially padded play time in what is already a rather short game (you can beat White Night in under six hours easily enough).

White Night is all about its narrative (which cannot be skipped, which may irk some people too), but since the story is a very fixed thing, replay value is almost nonexistent. Most of these are small enough items, though the camera was a truly frustrating thing that nearly ruined the experience for me a few times. I am alright with a challenge, but the trial, error and fail method of gameplay will no doubt frustrate some users who feel they spent as much time fighting visual angles than ghosts. 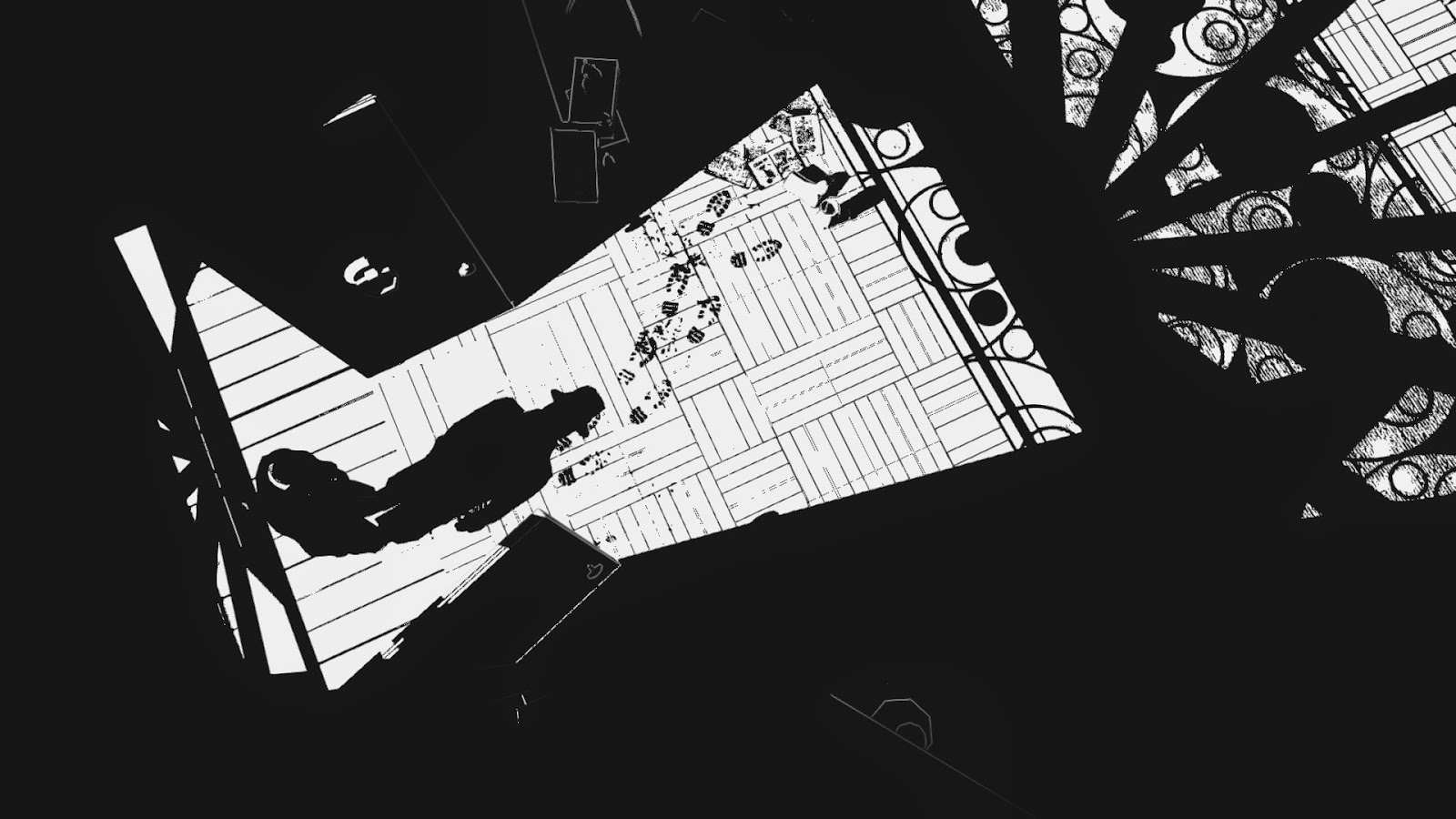 These rough edges detract from the overall experience because of the way they pull you out of the universe. It is a shame, but what is here can be quite immersive when White Night is firing on all cylinders. Unfortunately too often there are sputters that remind you that this is a game, where as White Night is at its best when it is an experience. Horror fans should find plenty to like here, and those who like puzzles and do not mind a less-forgiving save system than most modern games employ should find the challenges rewarding when beaten.

Hopefully the team at OSome Studio can learn from a few of these missteps and apply these lessons learned to their next project. It is clear with White Night that they know how to skillfully set a scene, but as a complete game the title is lacking.