comments Share
You are reading
Worlds of Magic on Unity 5

TagsNews and Previews, Worlds of Magic

I enjoyed my time with Worlds of Magic on the PC, so this latest announcement is great to hear. 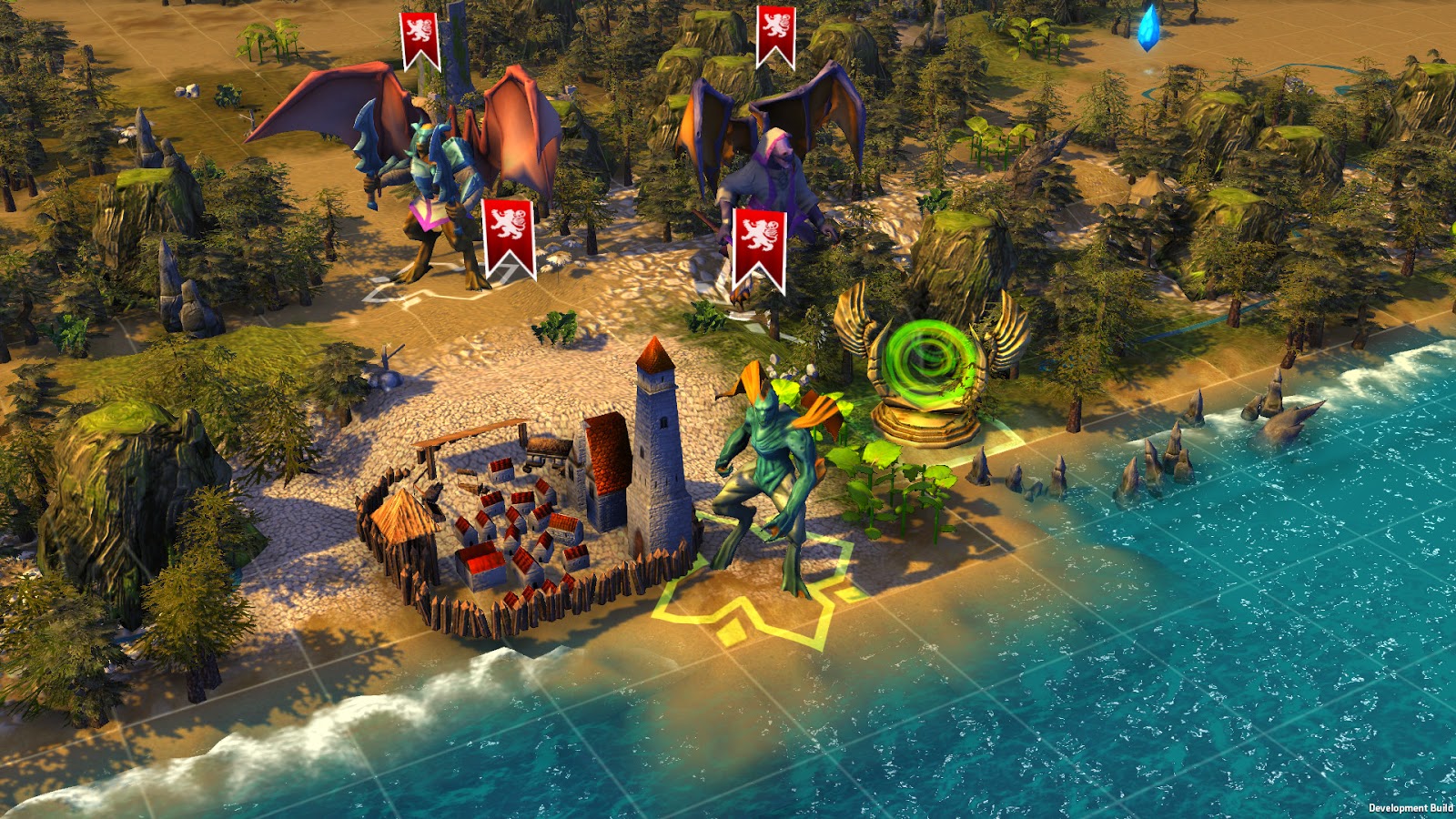 GDC this year is bursting with great news for independent developers especially. One of the most exciting is probably Unity Technologies announcing Unity 5 – the next generation of a well-known engine, bringing a whole bunch of new features. Wastelands Interactive developers decided to use this opportunity and move their 4X turn-based strategy game – Worlds of Magic, to a whole new level. The game will be launched on Unity 5 on March 19th this year.

Watch the new gameplay trailer video HERE. You can also buy the PC version of the game now via Steam Early Access visiting Worlds of Magic product page HERE or support developers directly and buy the game from their store HERE.

Worlds of Magic will be the first 4X game of such a scale released on Unity 5 and Wastelands Interactive developers are most excited about the features the new edition of the engine brought to the table.

The new generation of Unity 3D gives us more control over the creation of out game. With the new, just released Unity 5.0 we will be able to greatly increase the stability and overall performance of Worlds of Magic. The new audio mixer will make the game sound better. We will also be able to illuminate the objects in many more ways and make all the materials look more realistic, which will lead to the whole game looking way better visually. Thus new Unity 5.0 is not only a much better tool for developers, making our jobs more efficient, but what is most important, this will give players a much more stable, smoother running, better looking and sounding games. We are very happy that such a large project as Worlds of Magic  will be released in just two weeks after making Unity 5.0 available for developers. – said Leszek Lisowski, Wastelands Interactive CEO.

Worlds of Magic, unlike many other games out there, has not only went through Kickstarter campaign successfully and appeared on Steam Early Access, but will also be published across platforms including launching on PC, Mac, Linux on March 19th and on PS4 in Q3 this year.

The game, as a true spiritual successor of the classic Master of Magic, gets back to basics of the 4X genre allowing gamers to EXPLORE uniquely generated universes, EXPAND their empire by building armies, recruiting mercenaries, and founding or capturing cities, EXPLOIT resources and factions alike to increase their own power and finally EXTERMINATE their enemies using the tools of war, magical spells and diplomacy.

Worlds of Magic will offer you 8 playable races (High Man, Unhallowed, Gray Elves, Draconians, Orcs, Dwarves, Dark Elves and Myrodants) that will roam 7 planes of existence in a procedurally generated universe maps of up to 256×128 tiles (per plane). The game will also offer 3 gameplay modes (Domination, Battle and Hot Seat) and a magic system with over 400 spells divided into 13 spell circles explained on THIS infographics. And on top of that a whole bunch of other features that can be found below:
•Over 10 terrain types
•Almost 30 world resources to exploit
•D20 battle combat mechanics
•Experience gaining units
•Over 80 military units
•Over 40 wandering and summon-able units
•Over 40 world features to explore and conquer
•40 heroes and champions
•Tactical, strategic, and global spells to cast
•Powerful artifacts to create and equip your heroes with
•13 pre-made Sorcerer Lords to choose from or a possibility to make your own