I really had no idea what to expect from this title, with its B themed science fiction cover image to the bright neon glow throughout much of the title screen. This unusual title merges puzzle solving with shooting mechanics in a way that should appeal to science fiction fans, but it might not be for everyone. 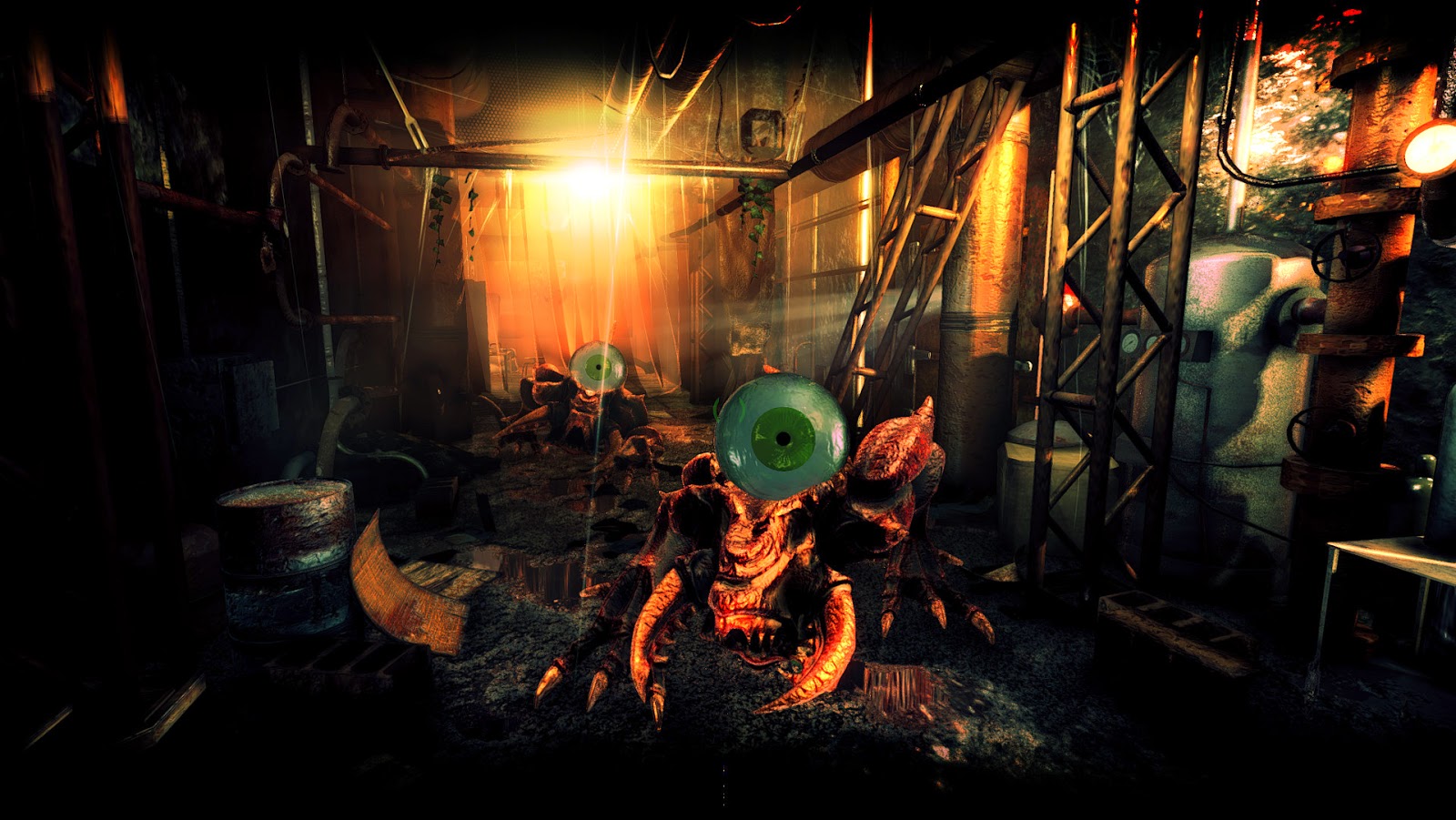 You play the role of John. John seems like a simple enough guy, just drinking heavily on his security job while waiting for everyone to call it a night. However, just as one of the last scientists decides to call it a night, an explosion rocks the space station, setting a series of zany events into motion.

Albedo is not a typical first person shooter. Certainly there are shooting elements, but these battles seldom feel like the high points in the game. The controls are a bit looser than I would have liked, and the combat just serves as a bit of a bridge from one puzzle scene to another. Upon waking up, John finds himself stuck in a room with a rat, a trap, a large vending machine, some other pieces of equipment and something big and ornery banging against the only door leading out of the room.

John also likes to talk to himself. It helps you stay focused on what you should be doing as he mutters something about needing to put out a fire or setting up a mouse trap in a specific location. The downside is this monologue has a tendency to get a bit repetitive. This is especially true of some of the more thoughtful puzzles that have multiple steps and require a decent chunk of time to complete. During one of the puzzle rooms, I must have heard my character repeat the same phrase about two or three dozen times. 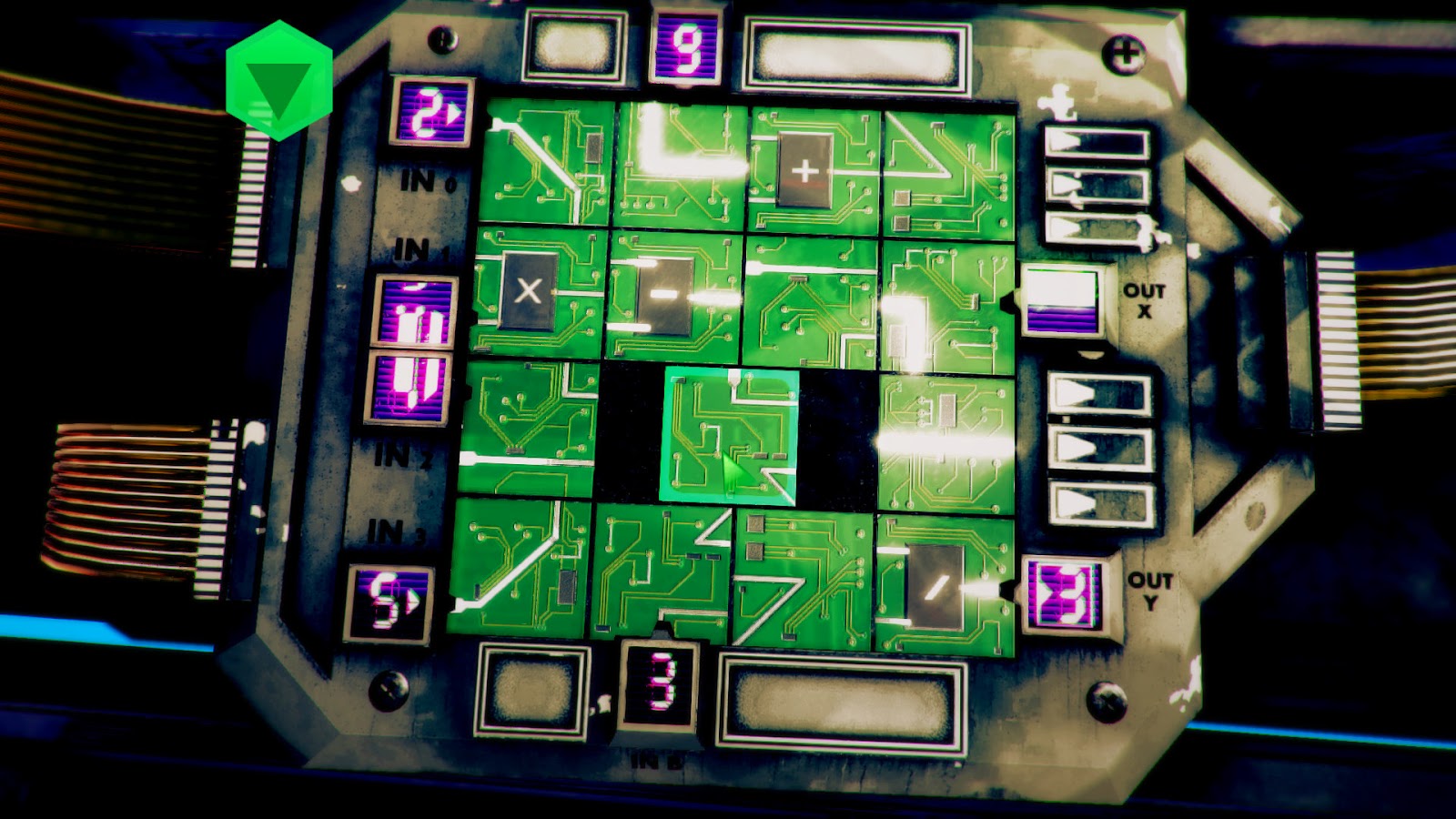 Still, the way the puzzles are laid out is often when Albedo shines the brightest. Another early room has a desk with two drawers. One has its padlock already open, so you simply need to collect the lock and pull it open. The desk reveals some papers including a paperclip you can straighten out. Now you can use that on the lock above. At first I thought that the drawer would be holding something important, but really it turned out that getting the second padlock was actually the most important thing about that task. Hopefully this does not spoil too much for you, and I will not go touching on the myriad of other puzzles, but it should give you a pretty good idea how to solve them.

However, if the brain teasers stump you, there are options that can be used to help out. For one, there is an option that lets you click a button and see what in the environment can be interacted with. There is also a sort of visual gun you acquire early on that can show the near future – essentially if you pan it around the room, you can use it to see what the future should hold (or more precisely, what it takes to solve one of your environmental puzzles). It is actually a pretty neat mechanic that serves as a hint system.

One thing that stands out about this indie title is how good the visuals look. There are certain rag doll physics at play when interacting with the environment, but everything from darkened halls, to squishy alien eyeballs to water-filled buckets and more are generally very attractively rendered. This combined with the music and sound help to reinforce that soft of classic science fiction vibe throughout the adventure. 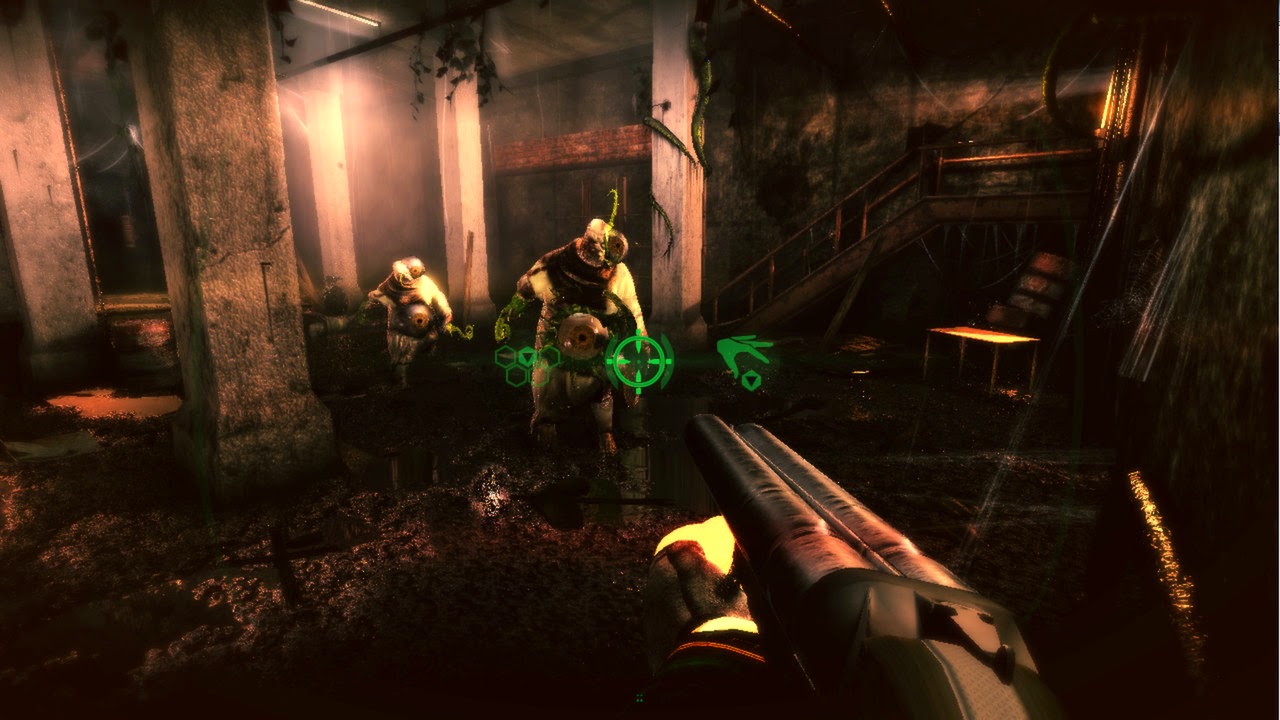 It is a shame however, that the controls often proved frustrating. It certainly plays better with a controller than a mouse, but even then Albedo at times struggles to get out of its own way. Sometimes the items in the environment simply do not seem to want to interact with one another, forcing you to move around and find a better angle to operate from. Other times the interactions seem almost too hyper-tuned, because I cannot move through items in the inventory. Dropping or placing an item can take several tries. One early activity involving a bucket of water took entirely too many tries to get it in just the right place. Some degree of aiming mechanism or precision placing mechanics certainly would have helped.

The pacing, the slightly difficult controls and the schlocky sci-fi content might not mean Albedo: Eyes from Outer Space is going to be for everyone. While it looks like a first person shooter, and has some of those elements, it is more of a puzzle game. While other first person puzzle games exist (such as Portal), Albedo feels more like a point-and-click adventure with how you interface with the environment. It is a solid enough effort with excellent visuals that delivers an interesting if flawed experience that was more enjoyable than not.