comments Share
You are reading
An early peek at F1 2015

We have a handful of screens and some press information for the upcoming F1 2015 title right here.

Codemasters® announced that F1 2015, the official video game of the 2015 FIA FORMULA ONE WORLD CHAMPIONSHIP™, will release in June 2015 and be distributed by BANDAI NAMCO Games Europe S.A.S in EMEA territories. Arriving much earlier in the FORMULA ONE™ season than before, this will mark the award-winning series’ debut on PlayStation® 4 computer entertainment system and Xbox One, the all-in-one games and entertainment system from Microsoft. The title will also be available for Windows PC.


F1 2015 is set to take gamers closer to the real-world experience of racing in the world’s most glamorous, exciting and prestigious motorsport thanks to a brand new version of Codemasters’ proprietary EGO game engine. In addition to spectacular visual fidelity, F1 2015 offers a significant step forward in the physics-based handling model of the game, which is designed to be inclusive for both seasoned players and those new to the series.


The handling model offers enhancements and additions in over 20 areas, including engine and transmission, aerodynamics, fuel tank, force feedback, suspension and most notably a brand new tyre physics model, to recreate the breathtaking handling characteristics of the world’s fastest and most responsive racing cars. F1 2015 will deliver a truly immersive experience thanks to an all-new ‘broadcast presentation’ style that recreates the unique race day atmosphere of a GRAND PRIX™, complete with podium and grid sequences. Using voice  recognition technology available for Xbox One and PlayStation 4 consoles, players can become immersed in the cockpit, engaging with their race engineer through in-game voice commands with Kinect for Xbox One and the PlayStation®Camera or compatible headsets and  microphones for PlayStation 4. Players will compete as their favourite FORMULA ONE star in the all-new Championship Season and push themselves to the limit in the challenging Pro Season mode. Look forward to one of the most hotly anticipated seasons of recent times, including the return of Mexico for the first time in over 20 years, in the 2015 FIA FORMULA ONE WORLD CHAMPIONSHIP, as well as a fully playable 2014 FIA FORMULA ONE WORLD CHAMPIONSHIP™ season, available to players as bonus game content.


“F1 2015 marks an exciting new chapter for Codemasters and FORMULA ONE; it’s a shift in direction for the game series, on new formats and our brand new game engine, with the game set to be released earlier in the season, launching this June,” commented Paul Jeal, Game Director, Codemasters.“The handling is a vast improvement from our previous games. In particular our new tyre model is a superb step forward towards realism, letting you explore where the limit is and allowing you to instantly feel much more connected with the car. You can now experience the changes in grip caused by temperature changes, wear, car set-up, debris and weather conditions. Our improved vehicle dynamics much more accurately convey the difference in performance and the feel between mechanical and aerodynamic grip. The new Force Feedback system adds to the feeling of connection with the car and track surface. The more natural and realistic nature of the game physics also serves to ensure that the racing experience is more accessible, enjoyable and rewarding for players of all skill levels.”


“With the second race of the 2015 FIA FORMULA ONE WORLD CHAMPIONSHIP this weekend in Malaysia, the team is busy modelling the new 2015 cars and drivers in readiness for the game’s summer launch. You can see a tease of our first signed off 2015 content in our debut screenshots, as well as an early glimpse of the Mexican circuit. In addition to the 2015 season, we are also delighted to be able to offer the 2014 season as a bonus selectable season*. Even this far out from our games release they truly show the power of our new game engine. ”

And here are the images: 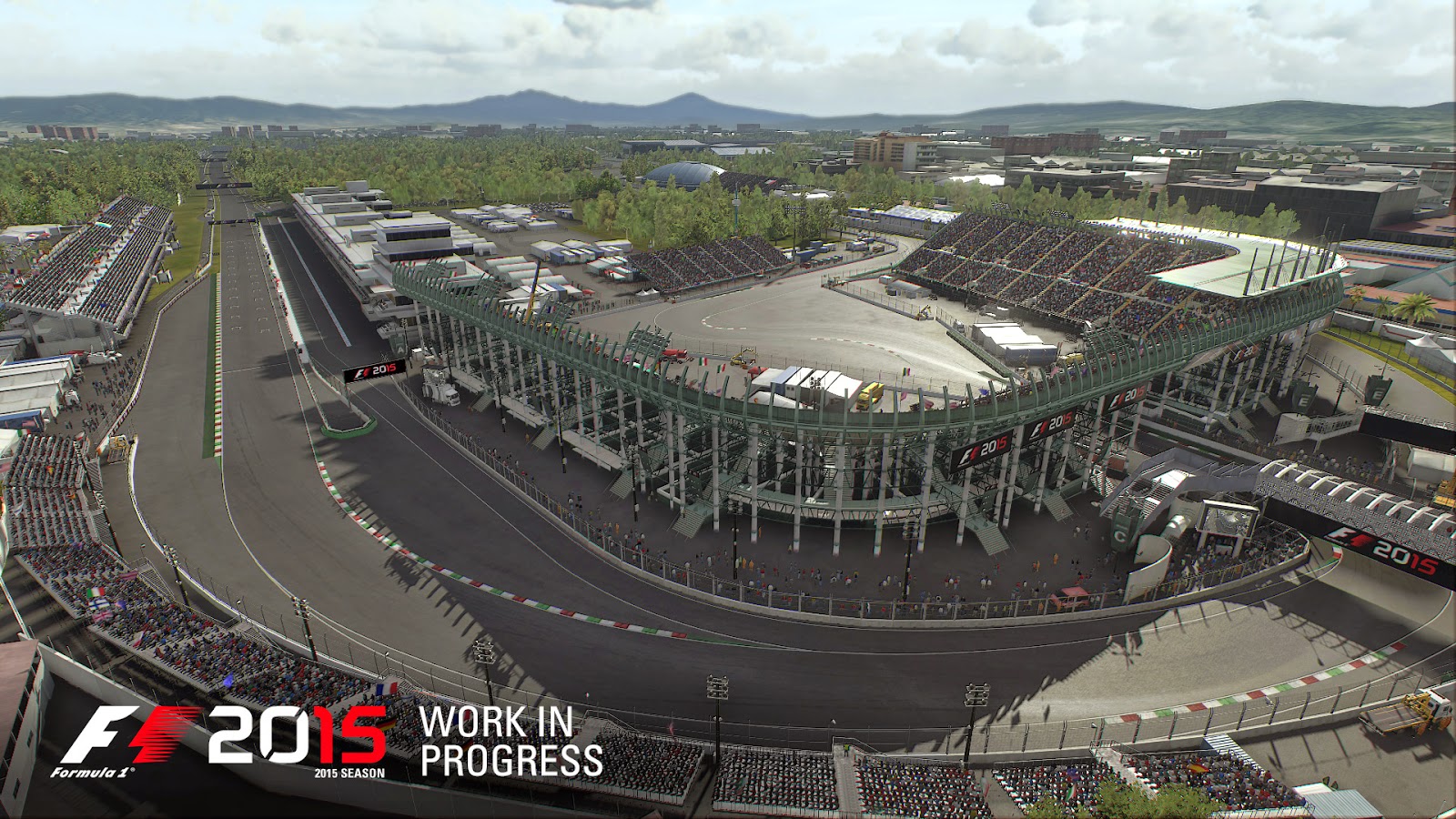 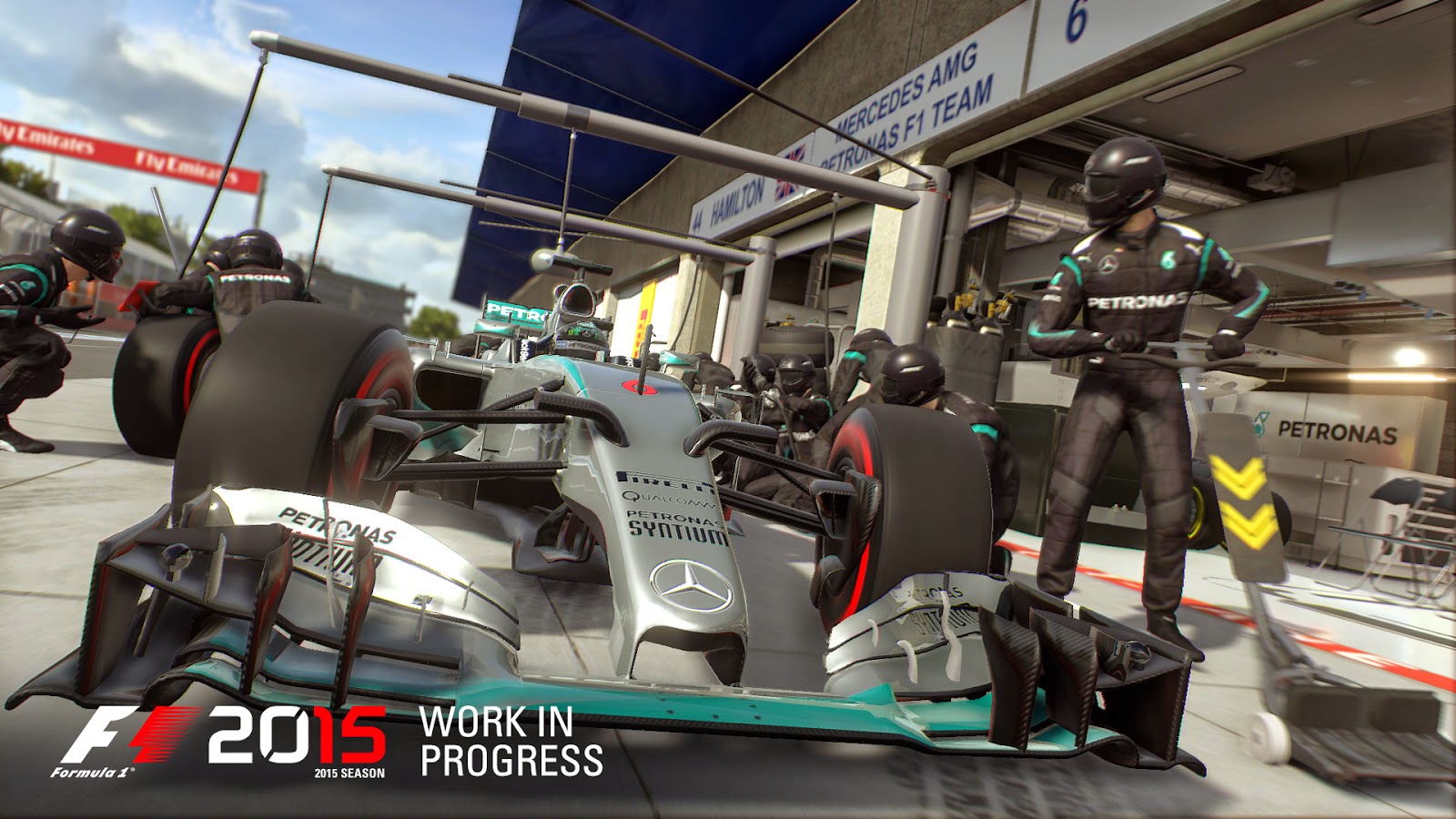 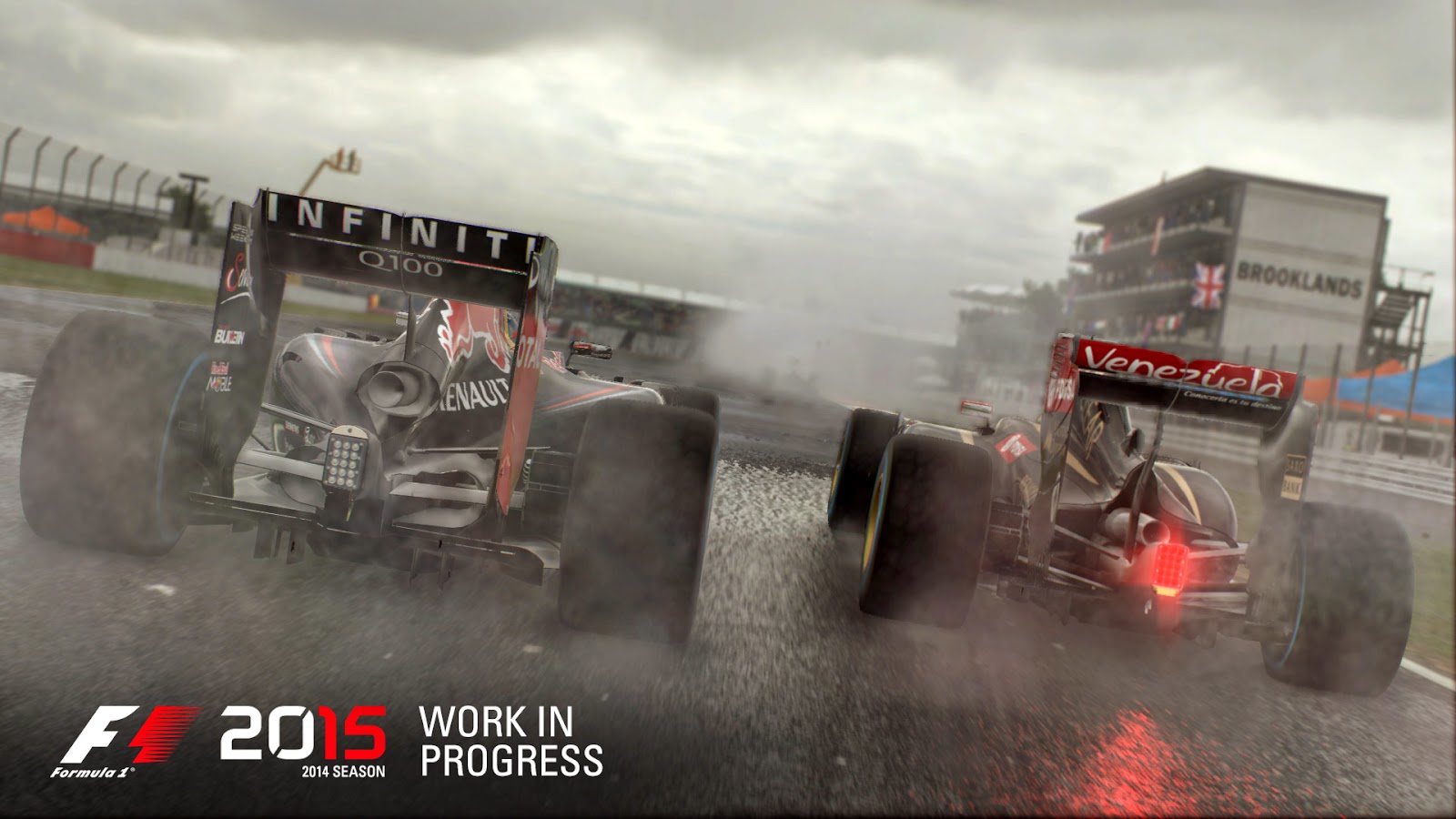 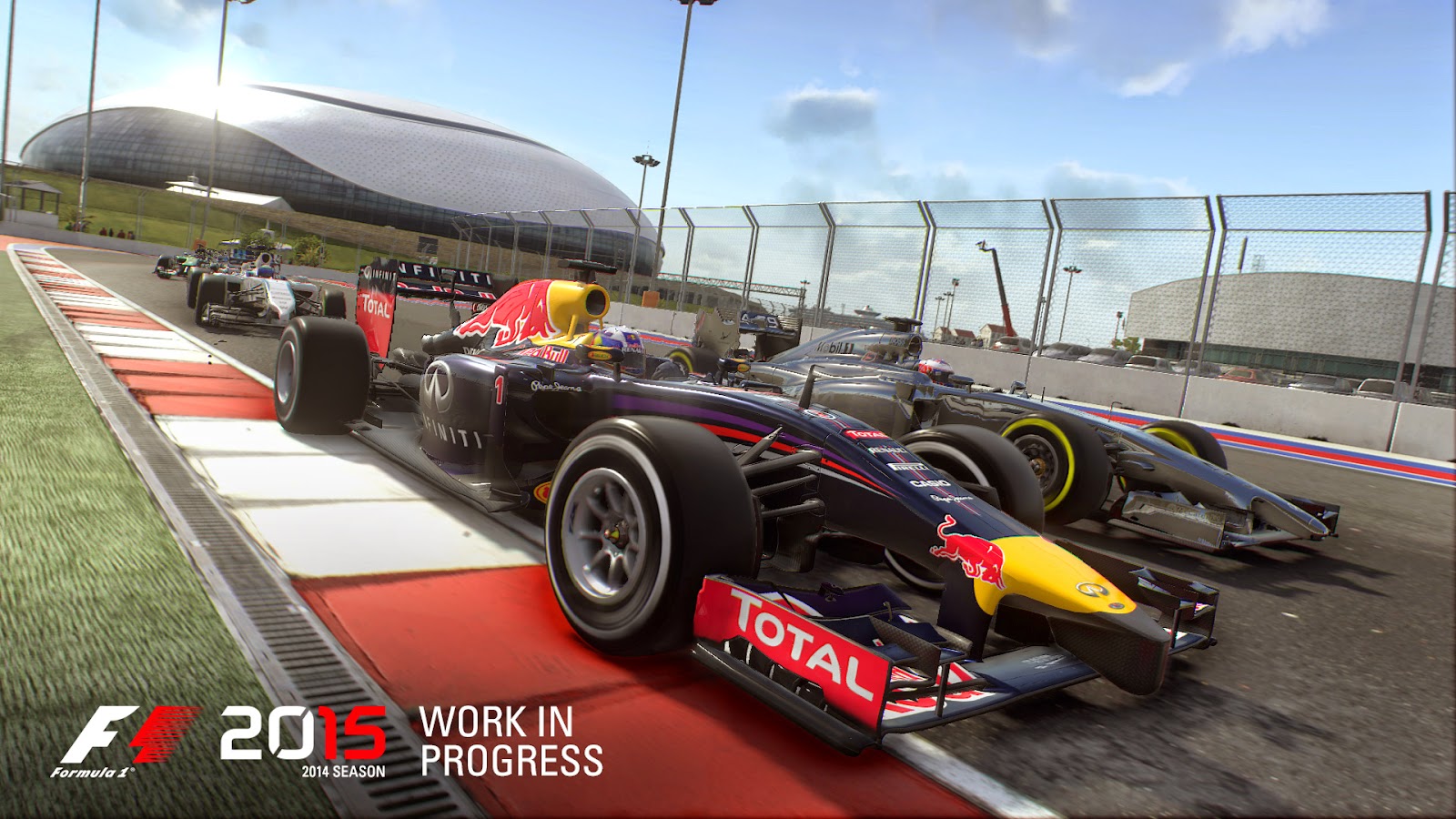 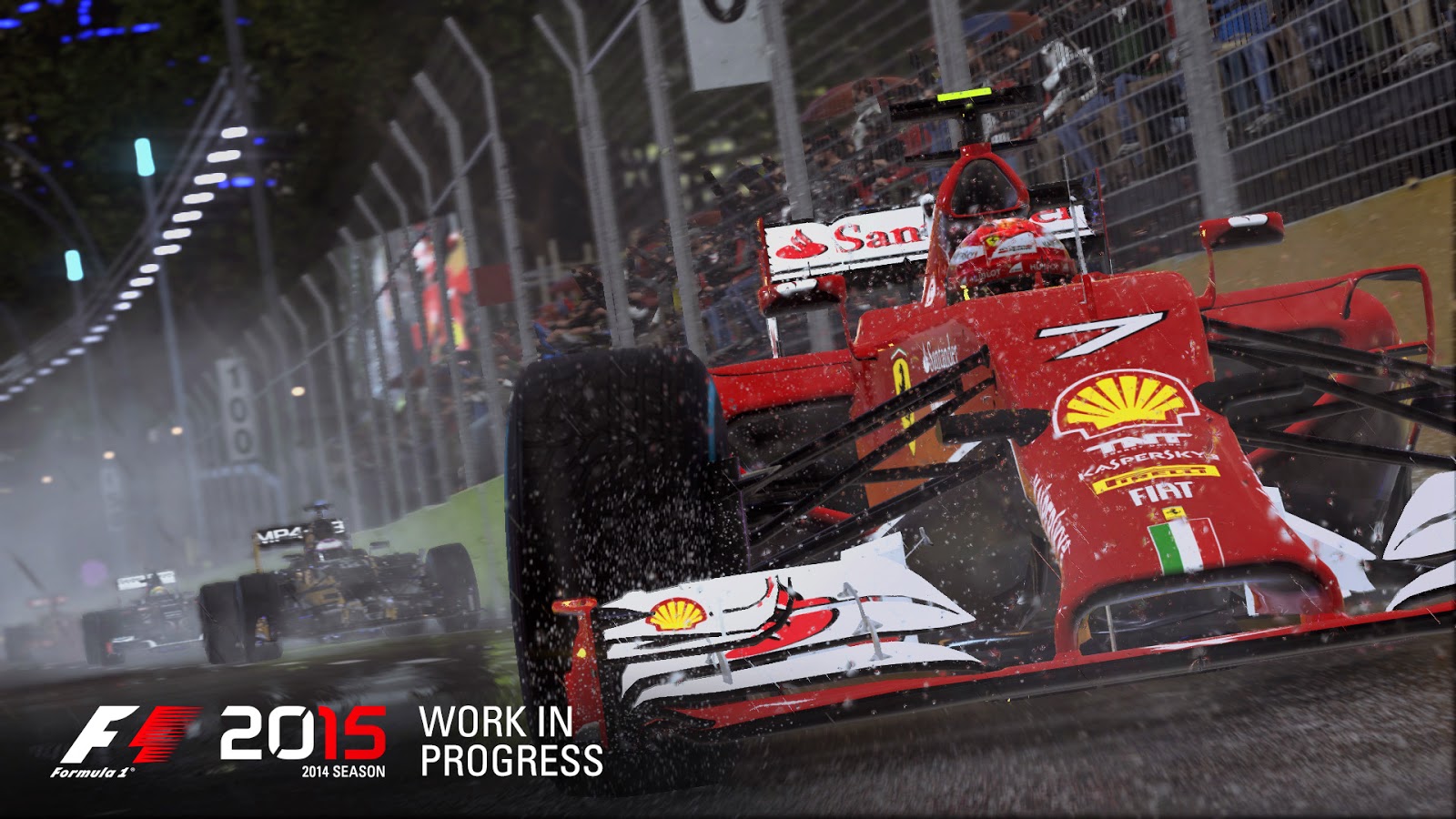