Based on the Eisner Award nominated graphic novel, Viktor Kalvachev, Blue Estate is a fast paced, dark humored, on rails shooter that had me splitting a gut and nailing head shots with automatic rifles. With smooth movement, over the top characters and a ridiculous story line this game is the first shooter I have ever truly enjoyed. 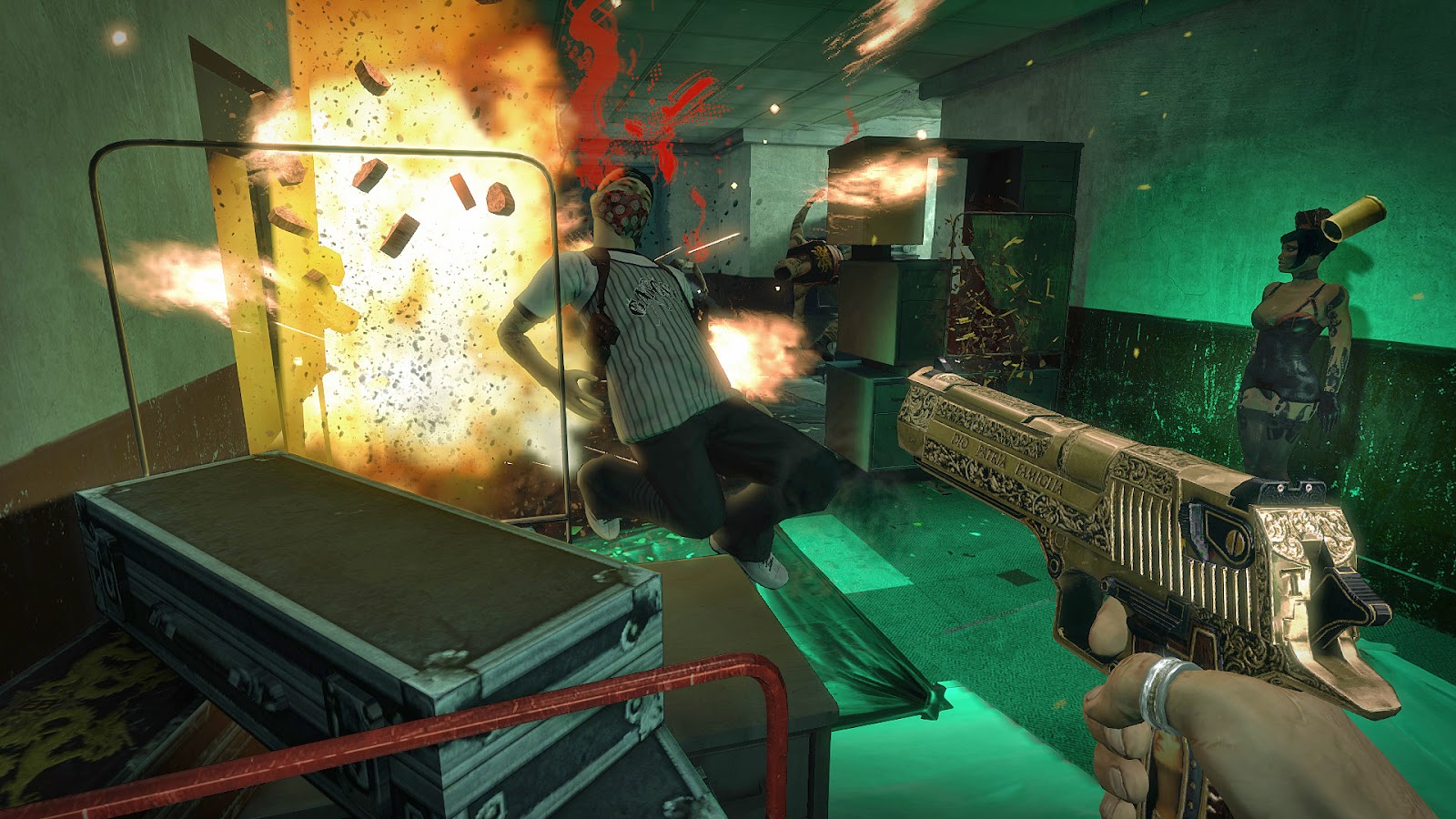 Centred in the mob wars of Los Angeles the story is told by a nerdy, greasy PI named Roy Devine and starts with a gorgeous, skimpily clad chick walking into his office. He tells the story of how this woman, Cherry, who danced at a joint called the Smoking Barrel owned by the Italian mafia, had been kidnapped by a rival gang the Sik Brothers to work in their shady club, the Twin Dragon. Your character Tony Luciano, the son of the Italian mafia godfather goes on a war path the get his favorite dancer and sort of friend back.

Now Tony ain’t too good with the diplomacy so he goes in to the place shooting creating a mob war. Clarence, an Ex, Navy SEAL who needs a few grand to keep his momma’s house from foreclosing is called in as a hit man to clean up Tony’s mess while he escapes to Jamaica. Clarence has to take on the reaming Sik brother out for revenge while batting Chihuahuas hopped up on steroids created by an underground cult. On paper the story line sounds logical (except for the Chihuahua part) and becomes quite complex as you go. The ridiculousness comes out when you’re actually playing. 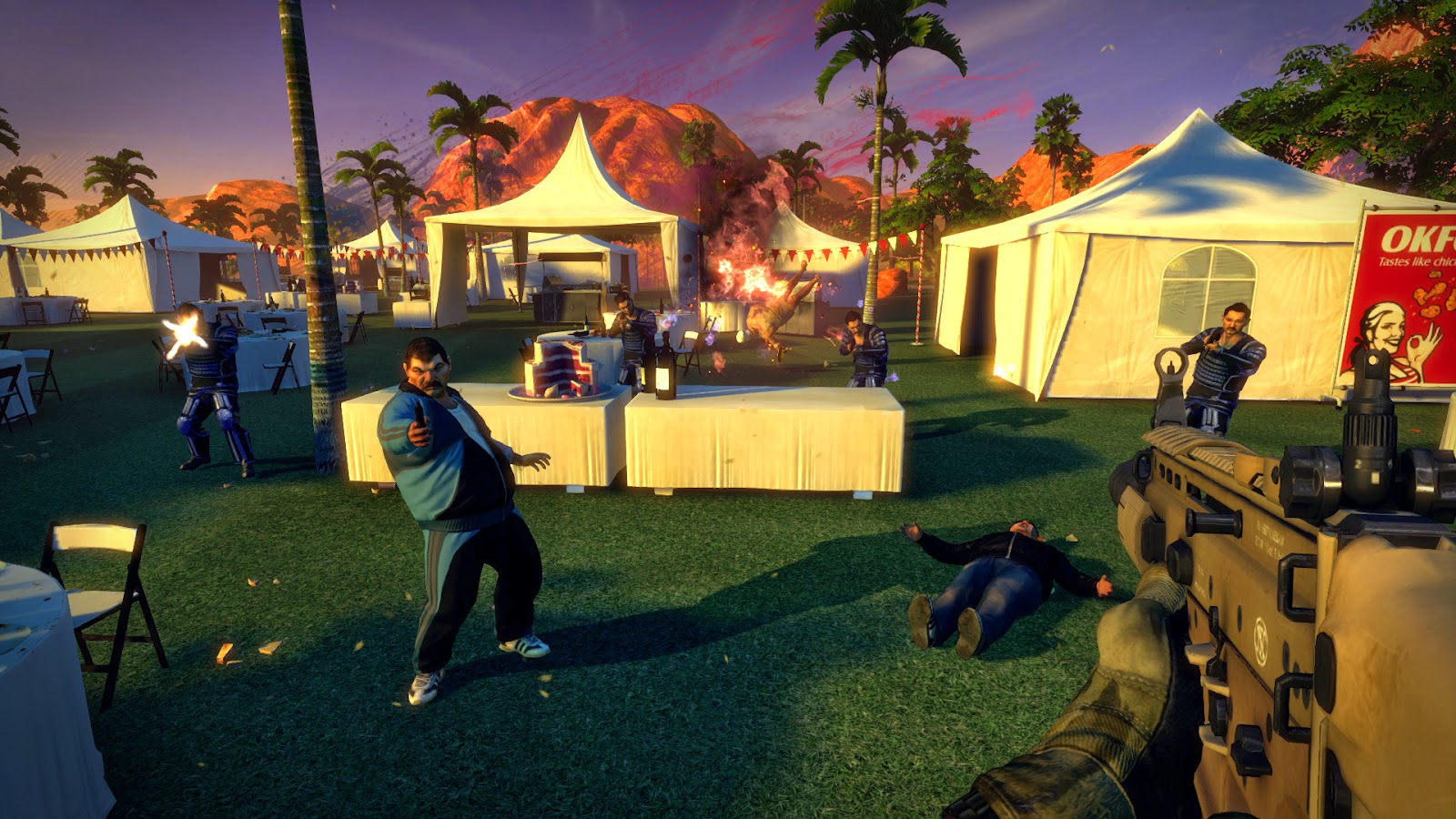 As stated before, the game is full of dark humor and it’s obvious from the start that it doesn’t take itself seriously and neither should you. Your character is a complete idiot who can’t keep his hair out of his eyes and shoots stupidities while you mow down mobsters. The Sik brother you first fight turns out to be an incredibly fast Asian dude in a bra and your father trades you for a race horse and a girl’s backpack full of money. The humor won’t be everyone’s cup of tea but if you have ever enjoyed a game of Cards Against Humanity please play this game.

The mechanics are amazingly smooth and the combat is challenging with different events, locations and environments keeping you entertained and interested. You start off with a basic pistol with unlimited ammo and pick up various weapons such as assault rifles and shotguns (my personal favorite) along the way. Some enemies will have body armor making a more powerful weapon necessary to kill them unless you can head shot them with your pistol.

Targets who are about to hit you have a yellow circle that changes depending on how much time you have left to hit them. Occasionally you’ll come across a health pack or ammo that you will need to do a motion to collect. On a PC these motions require you to do nothing more than hit an arrow key which is much easier than trying to gesture with the mouse while shooting. Intermittently your hair will fall into your face requiring you to motion it out of the way, dude needs a haircut. 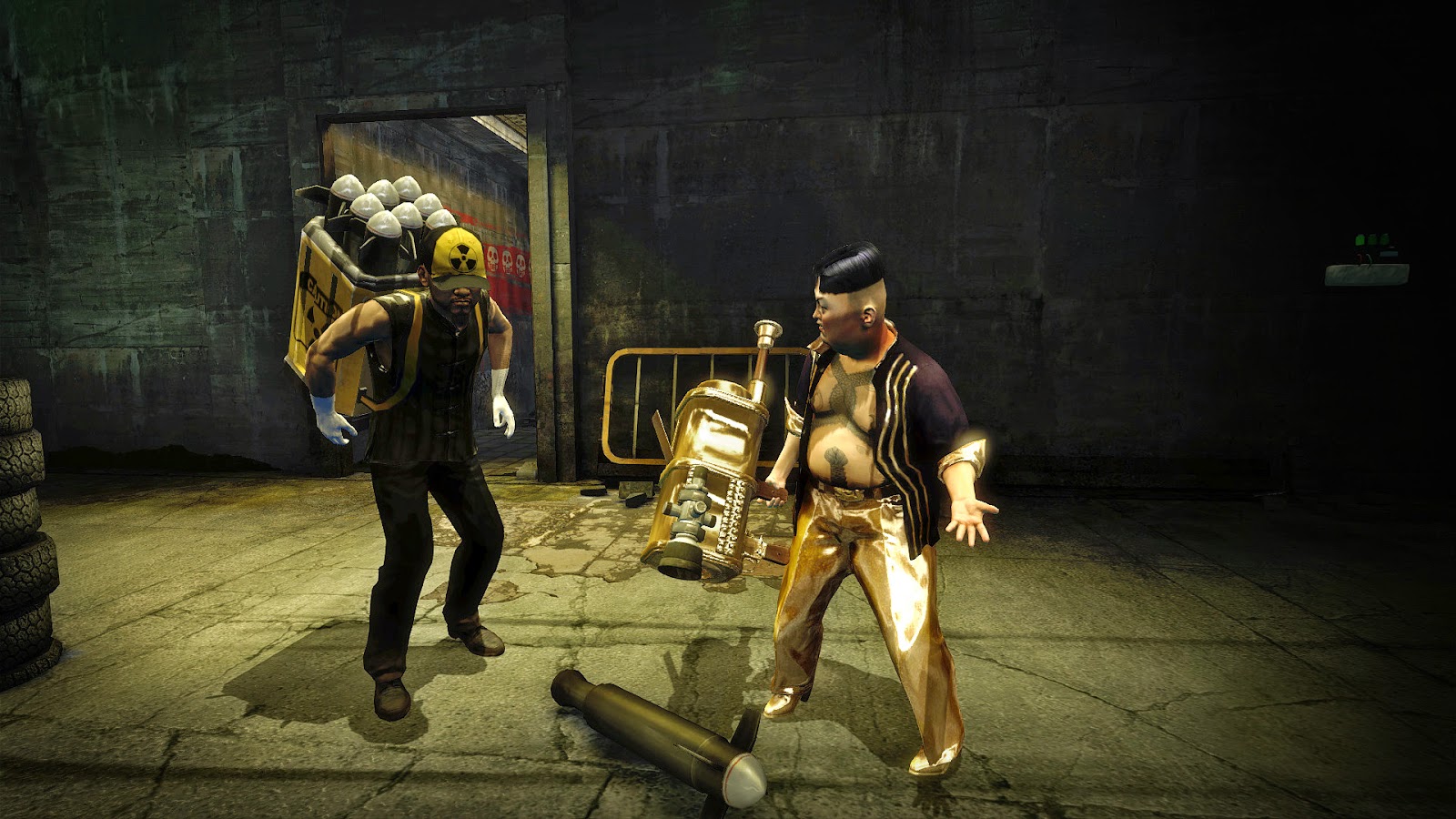 To keep the combat from becoming monotonous you’ll come across various heads up events that require you to pull off certain moves.  In one you play wack-a-moll with a bunch of enemies heads as they pop up along a fence and you wack them with a bullet. Or you may have a showdown event where timers will appear above several locations on screen. Once the times run out one or two enemies will appear in random locations with their counters almost done. You fail these events if you get hit or miss a target but if you succeed you gain some massive points.

At the end of each level you’re scored based on your hit accuracy, the average life span of the enemies, head shots, nut shots, kill streaks and the number of special items you found. Each level has a special item that appears several times that you need to shoot to collect points. These can be challenging as some items are only seem for a second, or are placed in the middle of a large firefight. The amount they increase your overall score makes them worth keeping an eye out for especially if you want to compare your score online. Starting off my hit accuracy was abysmal, I don’t normally play shooters so my coordination was not up to par. I later became a head shot goddess and raised that count to a level a mobster would be proud of.

This game was hilarious, fast paced and generally awesome. I like quirky games and the characters, overall humor and story line amused me to no end. If you like shooters I would definitely recommend checking out Blue Estate.