When From Software first released Dark Souls II for the PC and last-gen consoles we here at Chalgyr’s Game Room absolutely loved it. A near-perfect blend between action, brutally challenging gameplay, and traditional roleplaying elements, Dark Souls II was a strong contender for our Game of the Year awards, as well as being one of the titles that a few of us were quite thankful for in our 2014 Thanksgiving article. When we got wind of the remaster that was scheduled for release in April of this year for current-gen systems, and that it would contain the three DLC packs as well as some new content, we just had to get our hands on it and now that we have spent countless hours smiting hollows and dying (a lot), here is our review. 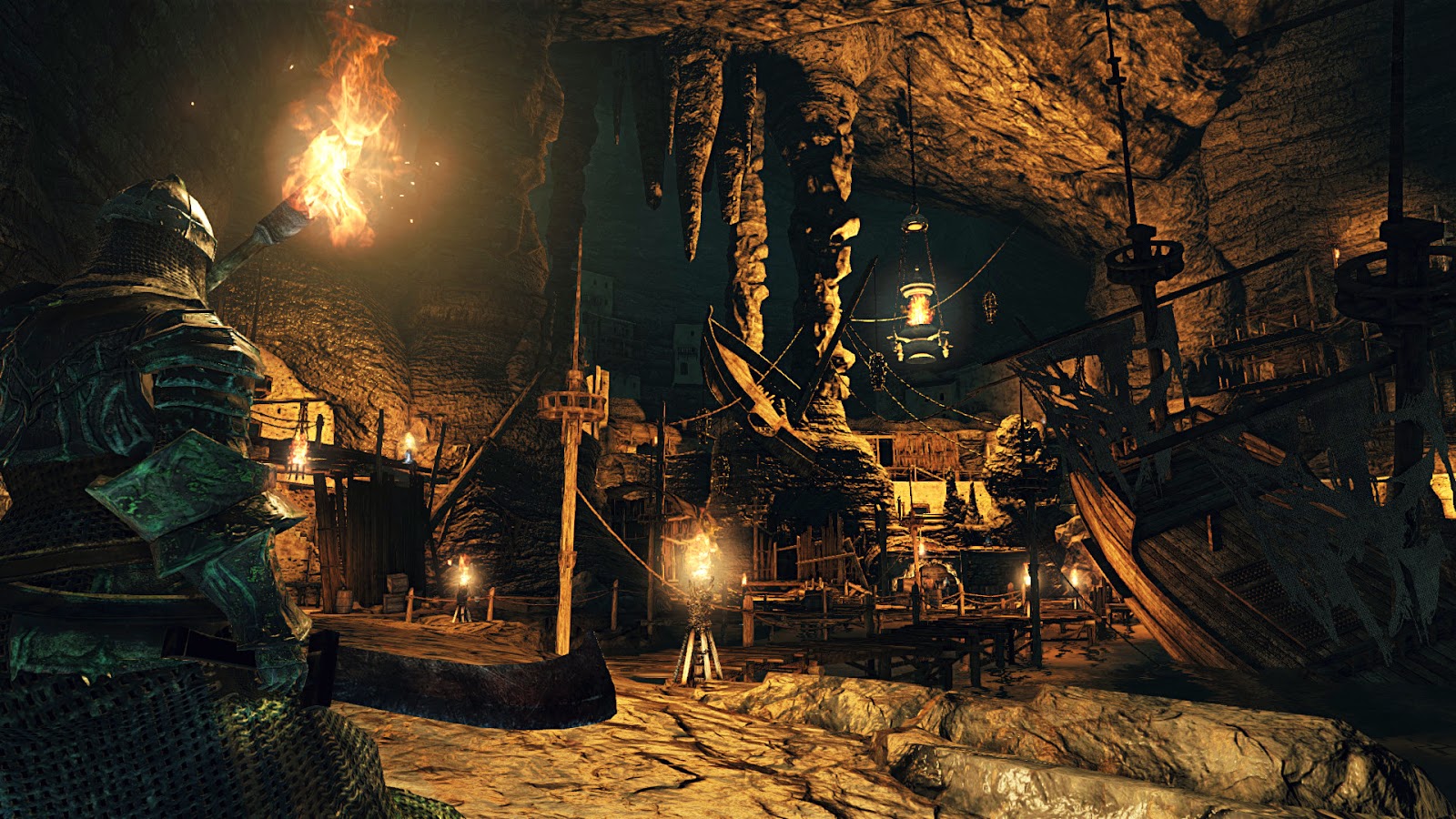 The most notable graphical upgrades come in the form of the framerate and lighting; while the lighting is not as nice as seen in the original E3 videos, it is a significant improvement of the original release. The framerate however, is absolutely glorious as it runs at 60 FPS with a few rare instances of FPS drop (most notably for me was while fighting the Old Iron King in the Iron Keep).

The new higher resolution textures are all clean and look great at 1080p and draw distances, where applicable, are as nice as ever. The one thing I did find that was quite annoying is that there are numerous places where, after killing a hollow, the item that they drop will be suspended above the actual body, I saw it most often in The Lost Bastille and The Iron Keep where it happened enough that it became more than a nuisance. Fortunately it seemed to be limited to just those areas, as it did not seem to happen in other locations with varying heights (like Huntsman’s Copse and The Gutter). Beyond that one little issue, Scholar of the First Sin looks gorgeous on the PlayStation 4. 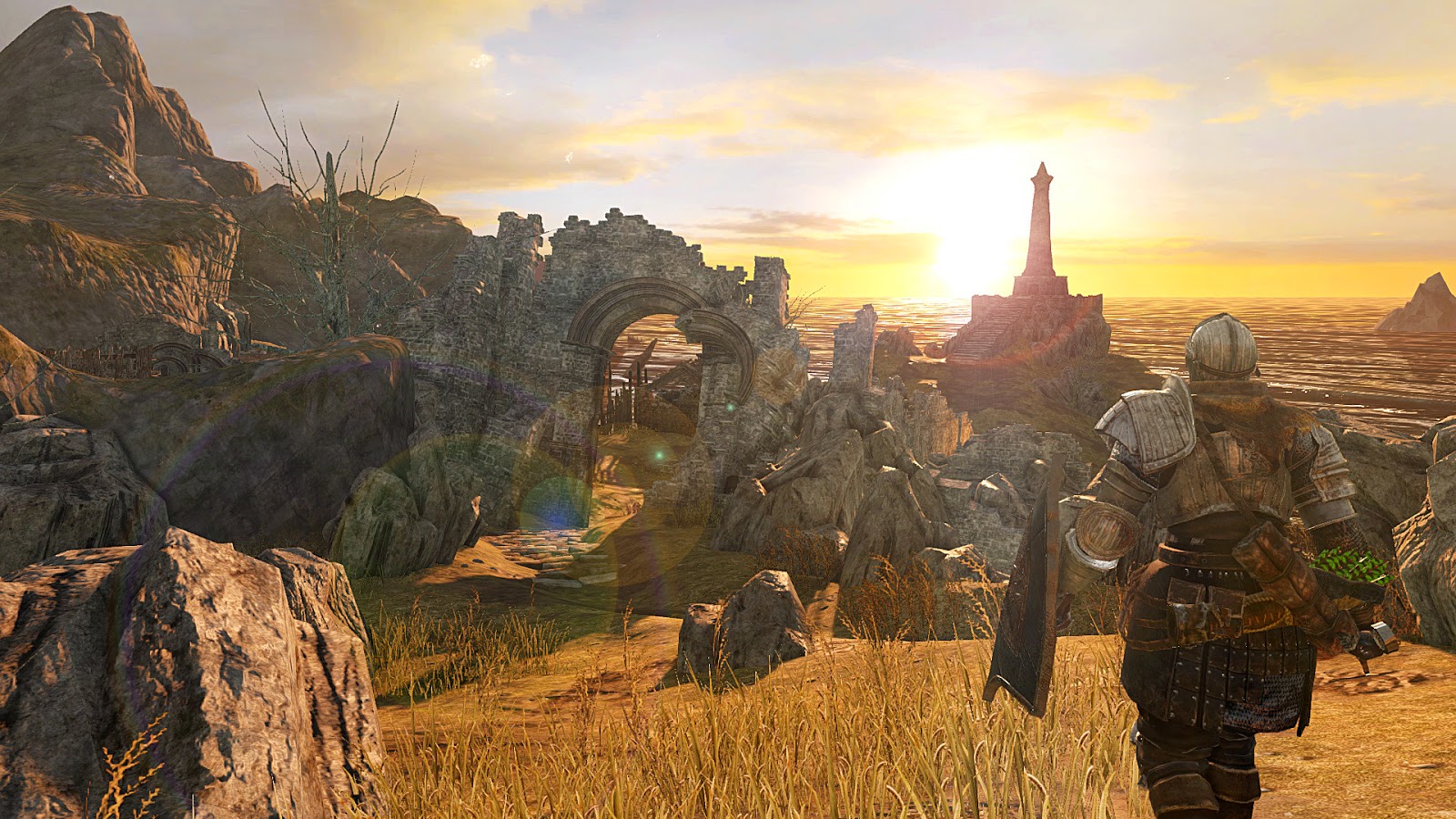 Gameplay has both changed and not changed. I have put about 250 hours or so into the original release and am currently on NG++++ (as I said, we here at Chalgyr’s loved the game) so I went into Scholar of the First Sin thinking it would be a breeze. I could not have been more wrong. Enemy patterns and positions have changed significantly, throwing you up against some of the tougher enemies right out of the gate. Just as you enter the Forest of the Fallen Giants you are greeted by a couple of standard Hollow Infantry units and an Ogre.

With the puny weapons that you have access to (even the morningstar that is just off the cliff to Majula), taking on an Ogre and a Hollow Infantry or three is incredibly taxing. I died two or three times in that first mob until I removed my armor and simply went about dodging all over (I started as a Fighter, as I normally go Swordsman in a full Dex build, so I wanted to change things up) getting a hit in here or there to weed out the enemies. That first fight sets the pace for pretty much the entire game, as enemy counts are increased and terrible things, such as a Pursuer appearing at all of the wrong times, happen. 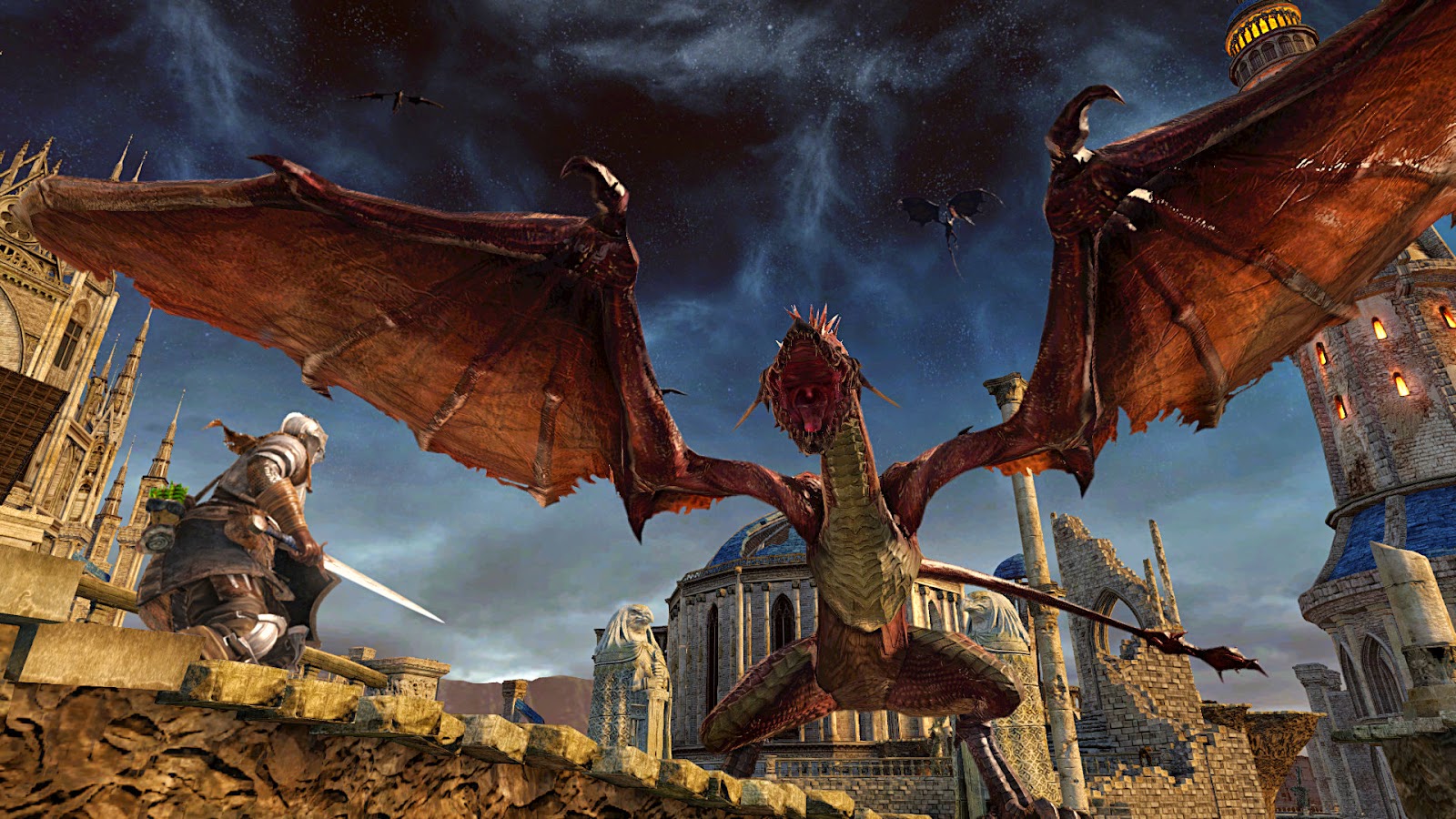 Boss fights seem largely untouched, though that could be because there are generally two summon signs (not including other player summons) outside of the mist door to the boss. If anything the access to more units make things quite easy. Take the Ruin Sentinels in The Lost Bastille; normally you would have the one NPC to help handle all three of them, but in Scholar of the First Sin you get a second NPC that can join, this one a melee character.

The melee character can soak up the damage and then the mage will pound them with Soul Spear (an immensely powerful spell). The two of them were able to take out two of the Sentinels before both were vanquished, leaving me just the third one to kill. While it is easy in the first run, I can only imagine (and hope) that Bonfire Aesthetics or NG+ will significantly increase the difficulty of the boss fights, as they seem to be the only thing that has not truly changed. 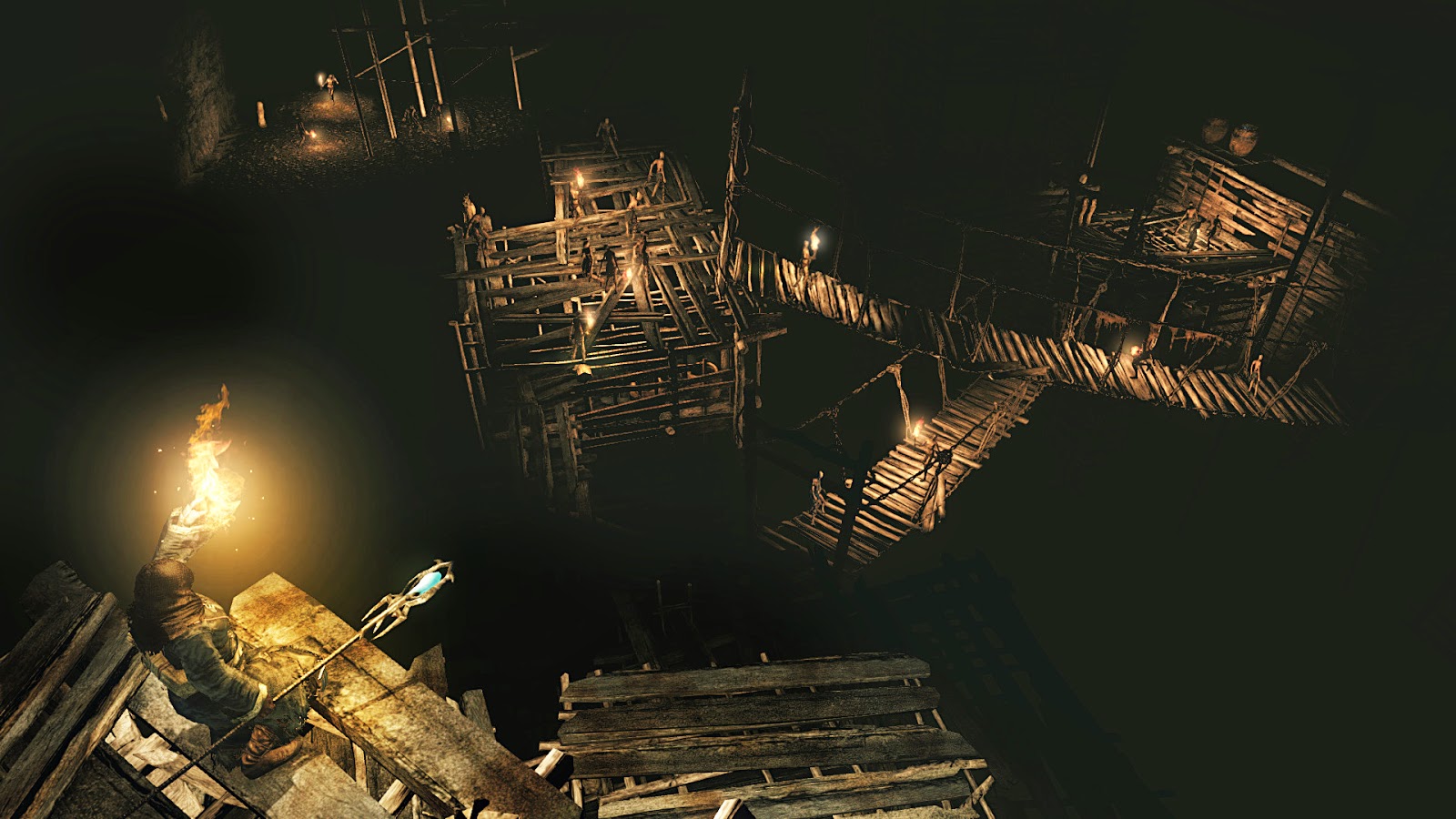 While the graphics and mobs got an overhaul, the music and sound effects did not. This is not a bad thing though, as the sound from the original game was absolutely wonderful. The audio conveys both a rich and gloomy atmosphere in Drangleic and the brilliance behind it can stir intense emotions like despair or dread, sadness and helplessness. For a game that can be downright brutal, the masterful audio is just another way for From Software to torment your soul.

Dark Souls II: Scholar of the First Sin, with its enhanced graphics, altered mobs, new content and the added DLC packs creates what is easily my favorite PlayStation 4 game to date. Between the updates that were made and the solid and wonderful gameplay, Dark Souls II is a must have for any current-gen console owners. Every defeated enemy is a victory unto its own and the payoff is well worth any bit of frustration that you may have with dying regularly.