comments Share
You are reading
DeadFellas – Tabletop and Board Games Review

Board and card games have been popular in recent years, likely due to crowd-funding sites like KickStarter. The board/card game world has re-emerged as a huge market for in-home social entertainment. One of the companies providing gamers and families with fantastic games is Ninja Division, the folks behind all manner of games, notably Dead Fellas. Dead Fellas is a fast-paced competitive card game that is about knocking off your opponents using undead mobsters and a wide variety of weapons. To be honest, we had such a blast playing Dead Fellas that it has become a regular part of our bi-weekly gaming routine, so read on to discover what it is that really makes Dead Fellas special.

There are simple card games (War) and then there are complex card games (Magci: The Gathering) and then there are games that are simple to get into while maintaining a complex strategy; Dead Fellas falls into that latter category. It took us about two turns (which are only a few minutes each) to get the gist of the game down and then we were off, whacking each other’s mooks with silly weapons, modes of transportation and hilarious disguises.

You see, the point is to place your mooks (undead mobsters) down and provide them with a mode of transportation, which is how they would get to the enemy player to whack them then a disguise (which I guess is necessary, given they are mob hits), and a weapon. Once you draw and place the required items on your mook you can take an action to attack one of the opponent’s mooks. 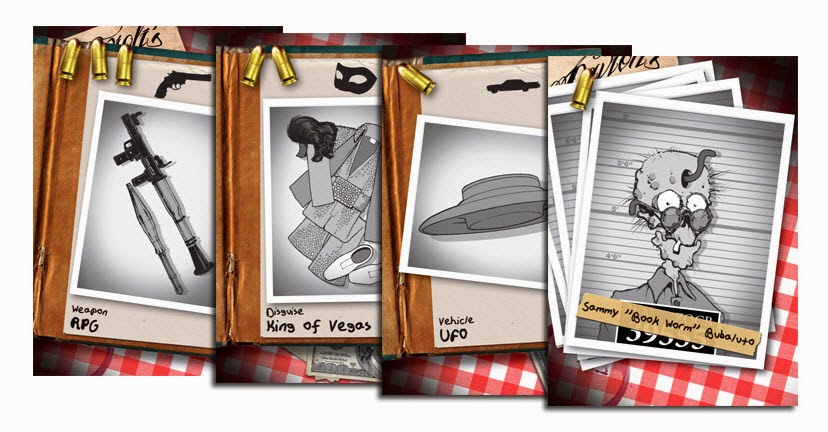 In general the game is very light-hearted, with modes of transport being things like a rubber-ducky flotation device, paired with something as equally hilarious (or brutal) like a rocket launcher or a rubber chicken. The package is then nicely wrapped up in armor like lingerie or gladiator armor. Side note, Dead Fellas is far from a serious game, though it is highly competitive and an absolute blast.

Each card, from the mook to the weapons/transports/disguises all have a “Hits” value and in order to attack an opposing mook your hits must be higher than their hits in order to whack the mook. Different items (weapons, transports, disguises and mooks) have different hit counts, so for instance a set of brass knuckles may have a hit value of two but a rocket launcher has a hit value of three. The higher the hits the better off you are for taking out the opponent and the first player to ten points wins the game. Some games can last only a few minutes, others lasted as long as about half an hour and the more players you have the faster the games tend to go (in one case, 3 players ended the game in about 10 minutes of hilarious fun). 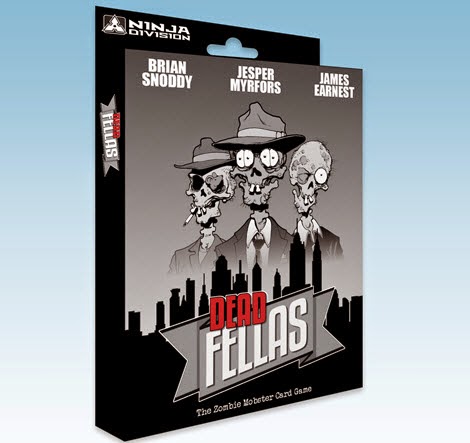 As mentioned, Dead Fellas has become a staple in my bi-weekly gaming group as it is easy to pick up, fun, fast, and tends to be hilarious. The humor with which the cards were developed it easily understood and keeps the highly competitive game both light-hearted and funny; something many gaming mediums fail at. Dead Fellas is geared towards more mature audiences, but kids as young as 13 or 14 could easily be introduced to the game without feeling awkward over the contents as there is nothing overtly adult about the art or concept. Dead Fellas is a dead ringer for fast, fun gameplay that is perfect for a small party of gamers as they wait for their dinner to heat up or their pizza to be delivered.