comments Share
You are reading
Legends of Eisenwald – PC Preview

Legends of Eisenwald looks to strike that balance between RPG titles and strategy ones that previous games such as King’s Bounty managed so successfully. In fact, this is probably the strongest comparison I can make to an existing franchise, but seeing as the King’s Bounty series is among my favorite games on PC, I consider this to be high praise. 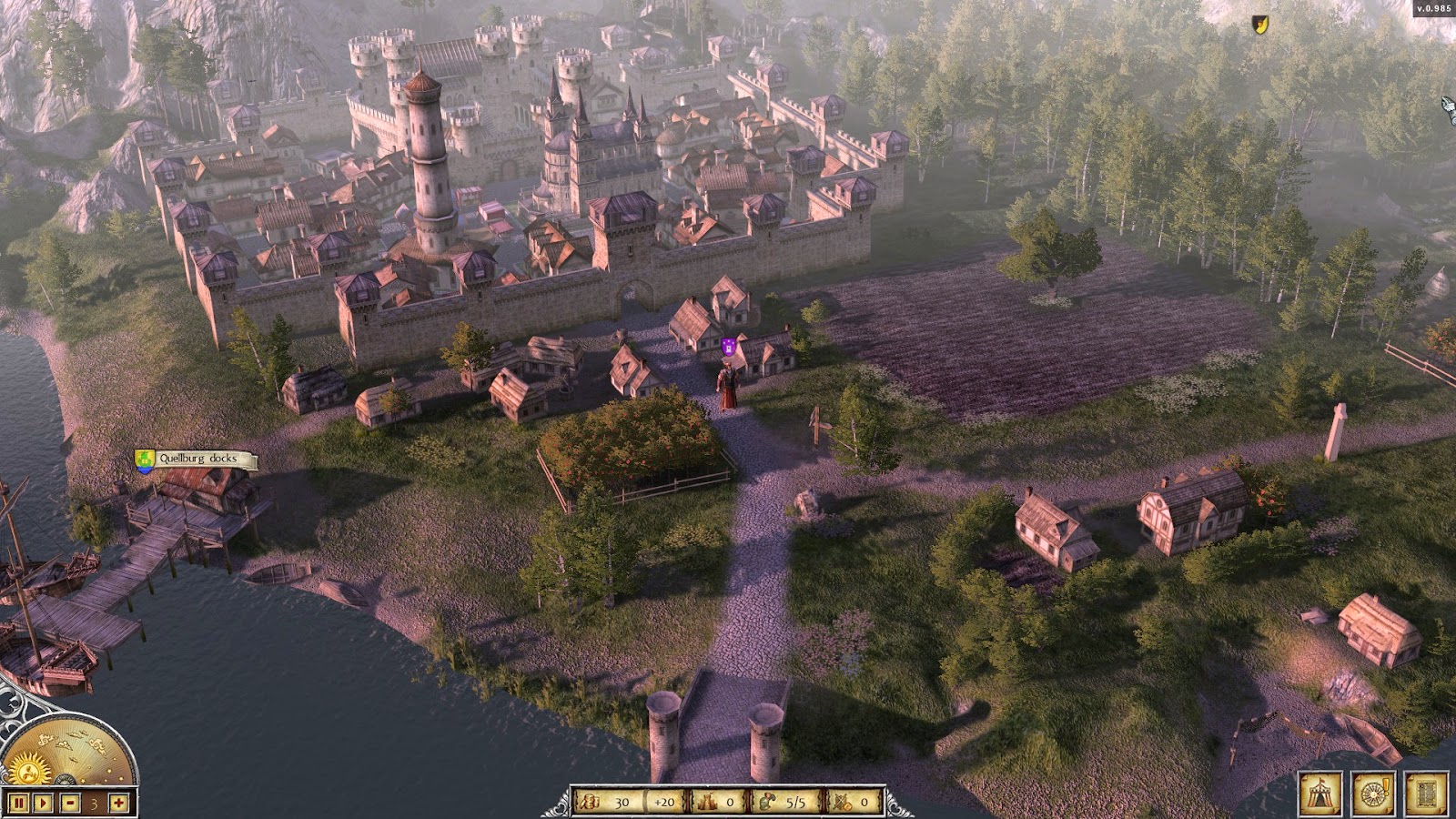 It is clear that the team at Aterdux Entertainment feels that Legends of Eisenwald is geared towards RPG fans, but I am not sure that I agree. Even in their descriptions of the game with lines like “A Story-Driven Strategic RPG” and “Combat feels much more like an RPG than a strategy game” – I feel that while their intent is in the right place, the execution screams strategy game. I feel it is important to make this distinction, because otherwise players looking for an old school RPG title might come away surprised and even disappointed.

That said, there are certainly plenty of RPG elements to be had here, from a narrative-heavy approach that does offer choices, to level and skill progressions and even the acquisition of equipment that people can wear. Grounded more in low fantasy than high, with a focus on medieval and swords than fantasy creatures and magic, Legends of Eisenwald does a lot of things very well. The day and night cycle is simple, but pleasant – even if the effect at night can be a bit much when it carries over to combat. It reminds me of a simple script I wrote for an RPG Maker project years ago that basically made everything darker and desaturated. It works better for the overhead map than during combat where it can be a bit hard to see things clearly as a result of the nighttime tinting. The actual visuals are quite pleasant, if not earth-shattering, but the nighttime effect does dull the graphics a bit much for my tastes. 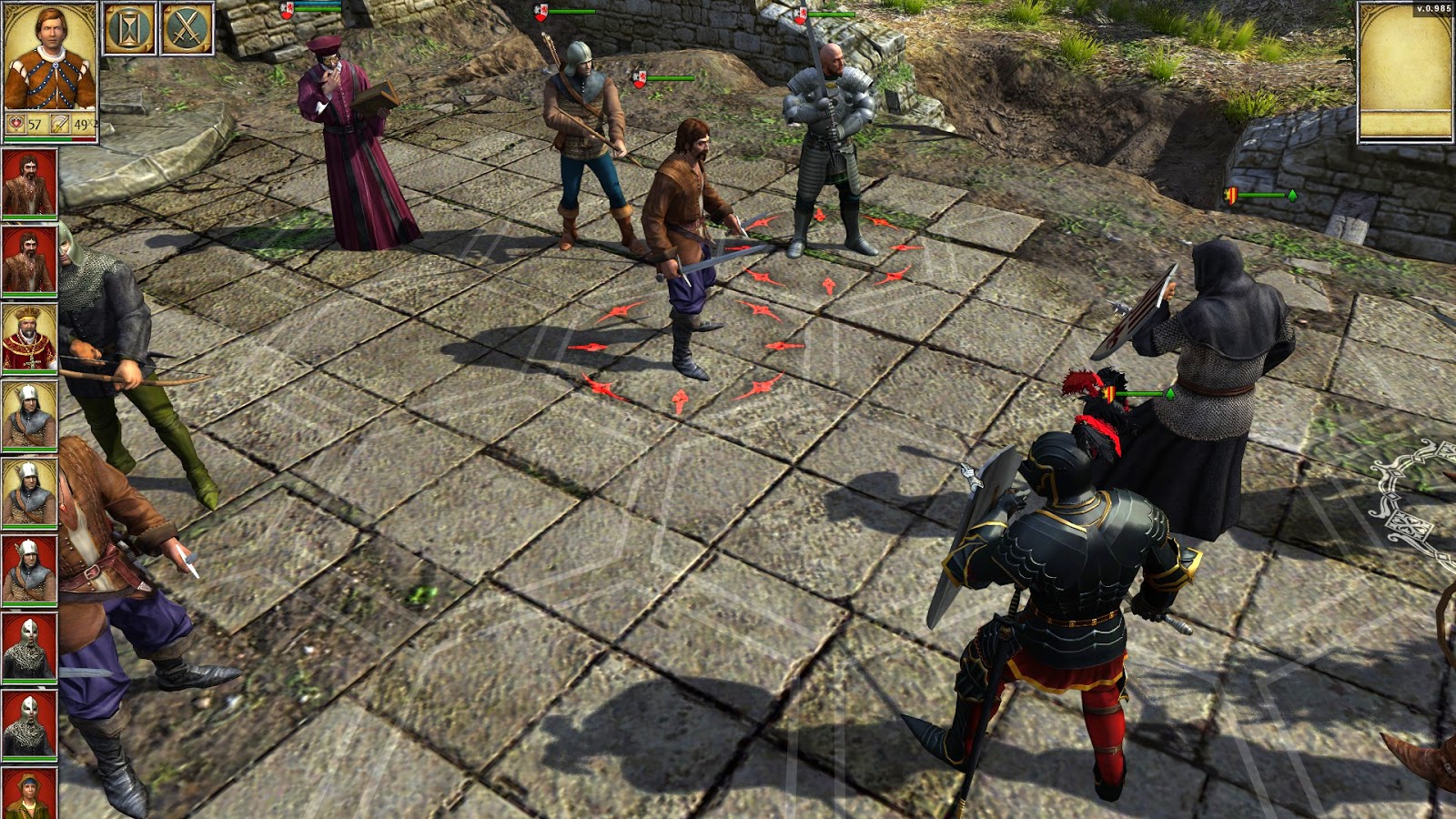 Traveling is just a matter of clicking around a map and interacting with people or places as you go. Things start simply enough with a quick quest about dealing with some local bandits and soon escalates into something much larger as Legends of Eisenwald does an excellent job of pacing players through how to play the game without ever feeling like the tutorials are taken to an extreme. Before long I was managing combat, purchasing units and upgrading soldiers with relative ease.

The one thing that combat does a bit differently than most strategy games is it tries to streamline the process. Instead of bothering with things like placing soldiers in a particular spot, you simply point out which enemy you would like to engage in and your unit will do so. Of course, front units cannot just bypass other front liners and go straight for the archers, so there is still some pacing and sense of space at work here. However, battles do tend to finish a little more quickly since you are more focused on who to kill than how to get there, without wasting turns moving across the map before you can engage. For the most part, this system works, though the micromanager in me would have liked a bit more control over the placement of my units. 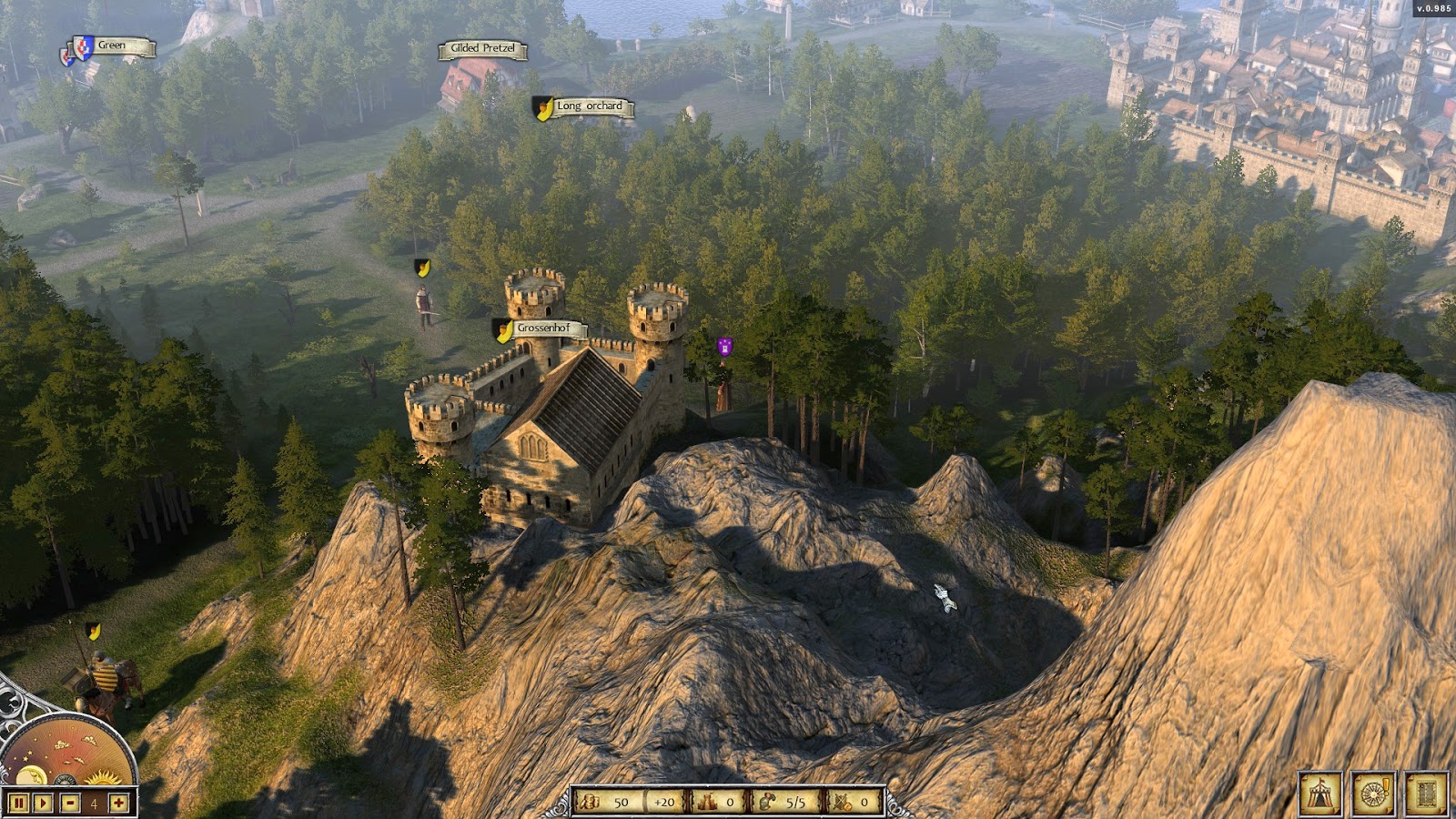 This is a preview, and as such this is an Early Access game on Steam. That is worth noting because there are still some issues here. Most of them seem to be of the visual variety. There were a couple of times I clicked out of the game to do something else on my other monitor, came back and graphical glitches were occurring. There were two that stood out as notable. The first would make my character vanish, leaving his avatar as nothing more than a sword and shield walking the landscape. The other is that certain buttons to press (like the talk one for gossiping with townsfolk) just disappears. Clicking where it should be still allowed the button to work, but that one really threw me at the time. I had an oddity with my map as well a couple of times, where my map screen would just go black for no real reason, though saving and reloading remedied the problem each time.

For fans of King’s Bounty, there are a lot of similarities to be had here. You can pick a variety of soldiers to join your army, and you travel a mostly top-down landscape while interacting with other units and locations. There is the promise of a solid story and the foundation is quite enjoyable, appealing to someone like me that considers the RPG/strategy genre to be among my favorites. The game needs more content at this point – you can get through most of what is here in a handful of hours, but Legends of Eisenwald looks like it loaded with potential that hopefully gets fully capitalized on. 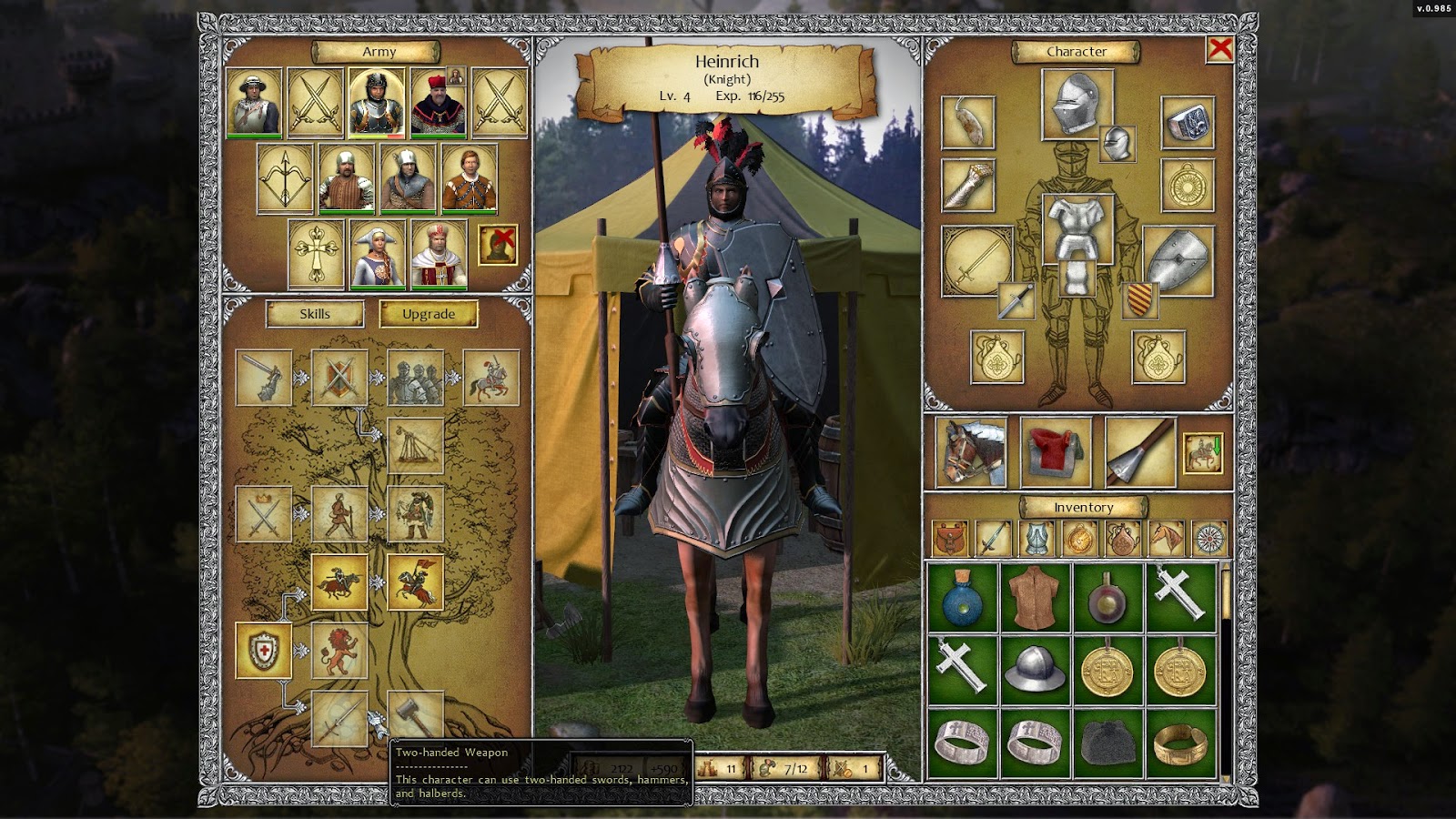