Nekro, by darkForge games, is a birds eye view action RPG game that is presently in Early Access status on Steam.  Back in 2013, Nekro achieved their Kickstarter goals and began development, and have dedicated what seems to be a rather baffling amount of time and effort on this work of love. 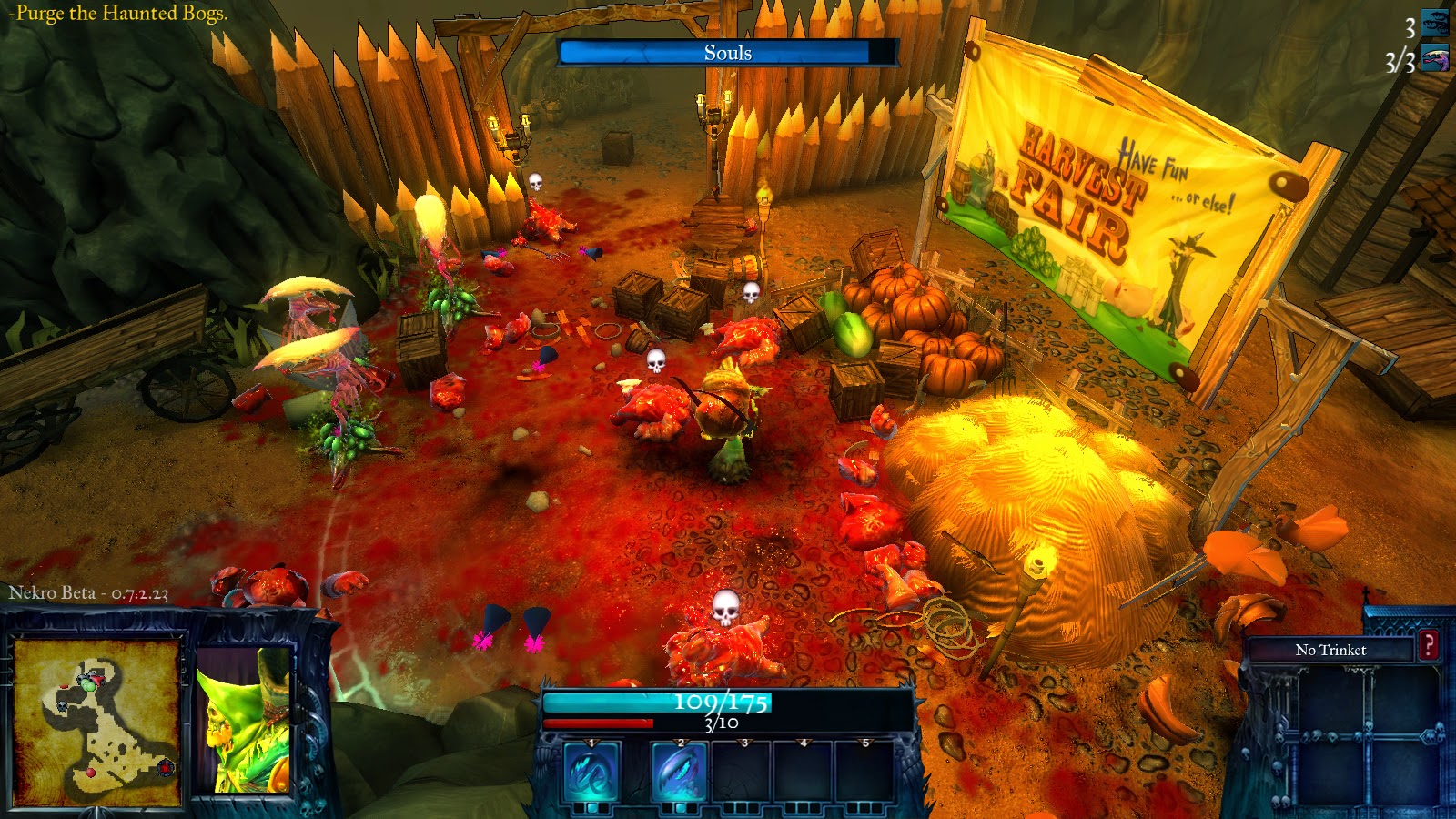 This is an extremely polished game for being early access, and I was floored by what greeted me when I started the program up.  The story is a bit minimal, but is set in a rich and deep setting that waves the potential for so much more in front of you, only to hold it back and leave you wondering.  Prior to the start of the game, you had served the usual holy/good/wholesome side of the fight.

However, at the moment of your death you turn to the dark god of ‘chaos’, who also holds the realm of the dead within his control, and are tasked by this end-bringer archetype to bring your former people to their knees.  The betrayal, the character development, the inner turmoil, you certainly will find none of it here, and instead, the only true development is played out in the form of a monologue written in a journal that you, inexplicably, still keep. 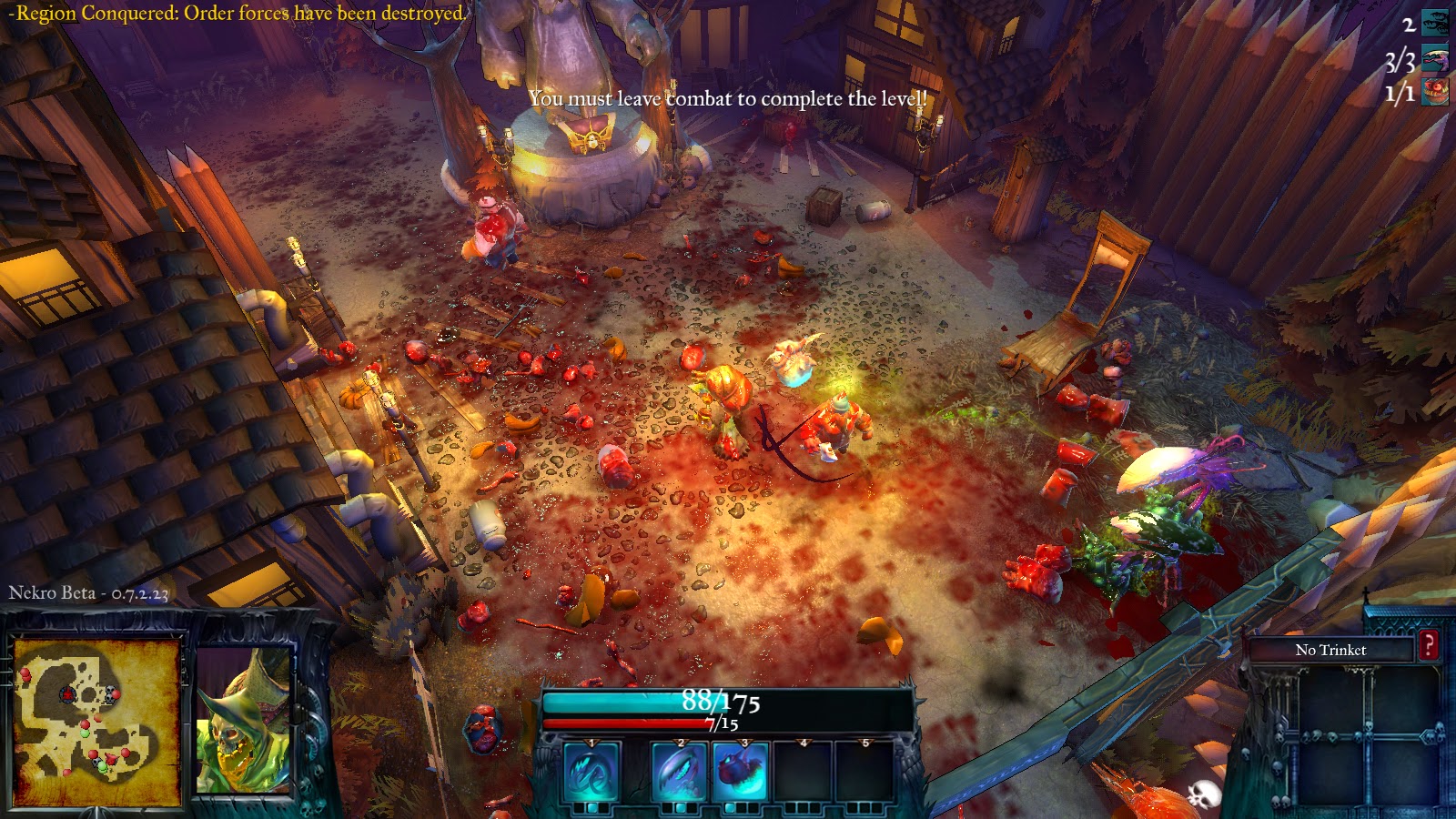 The gameplay itself is great, and the minion summoning system seems to be extensible and customizable enough to be worth paying attention to, the class selection is varied but ultimately painful, and if there is something that you use, it can be upgraded.  Trinkets can grant myriad boons to your nekromancer, be that a chance of gaining an extra point of blood (MP) on eating a body to the early-game story-enforced ‘book of the dead’ type tome that will conjure unending fodder to your side from the various obscenely overpopulated graveyards across the lands.

There are, at time of writing, three classes, with a fourth on the way, and they are your long-ranged healer/zookeeper, your mid-range bombardier with a knock-back melee, or your close range nekromancer that has the capacity to drag enemies into melee range.  Choosing a scourge, which is a consumable summon on a middling cooldown, is just as big a decision, and it is worth noting that this game is very unforgiving in that no single expenditure can be reversed, even if you have not progressed in the story yet, or fail the next mission.  There are some interesting quirks with the upgrades, in that while the game advises you to spend all of your upgrade points between levels, it does not tell you that if you don’t spend them, they are gone forever and there is no ‘banking them’ across multiple levels. 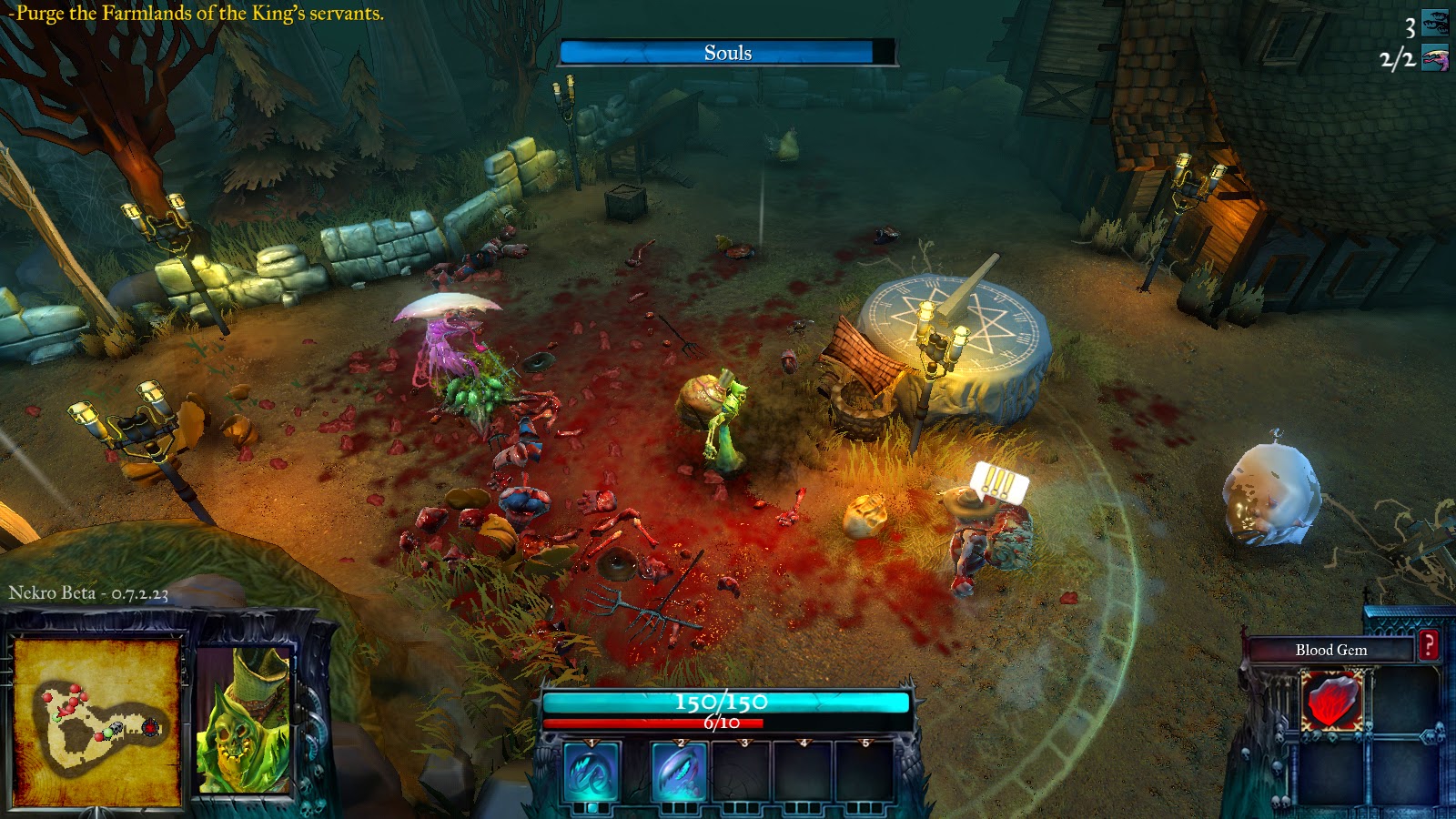 When the game first gives you access to summonable minions, it gives you three points, but if you choose to click on any other power and upgrade it, you will not be able to beat the next level, and the game will refuse to ever allow you to undo that poor decision, even via failure.  By the time I had restarted the game the fourth time, I finally had a firm grasp of the quirks that this title boasts, and was back on my way.

The abilities have amusing names and some tongue in cheek references like ‘massive boner’ for a skeleton unit upgrade, and the voice acting is dark, gravelly and fitting, if not perhaps a bit slow-paced and begging to be skipped.  The music is generic undead protagonist heavy metal, and while it will put you into character for your first play through, by the second time you restart, BGM will be turned off completely so that it doesn’t drown out the sound effects that are just spot on.

This is a fun, enjoyable and understandably, given that it’s not finished, flawed game that I wholeheartedly suggest you try out. I say this even if I did force close the game at least once during my review when I discovered that I needed to play through the introductory level for a fourth time, because the game was forcing me to do something, but neither telling me, nor preventing me from making that choice impossible to make (spending skill points upgrading my scourge when I absolutely needed a new unit for the following map). 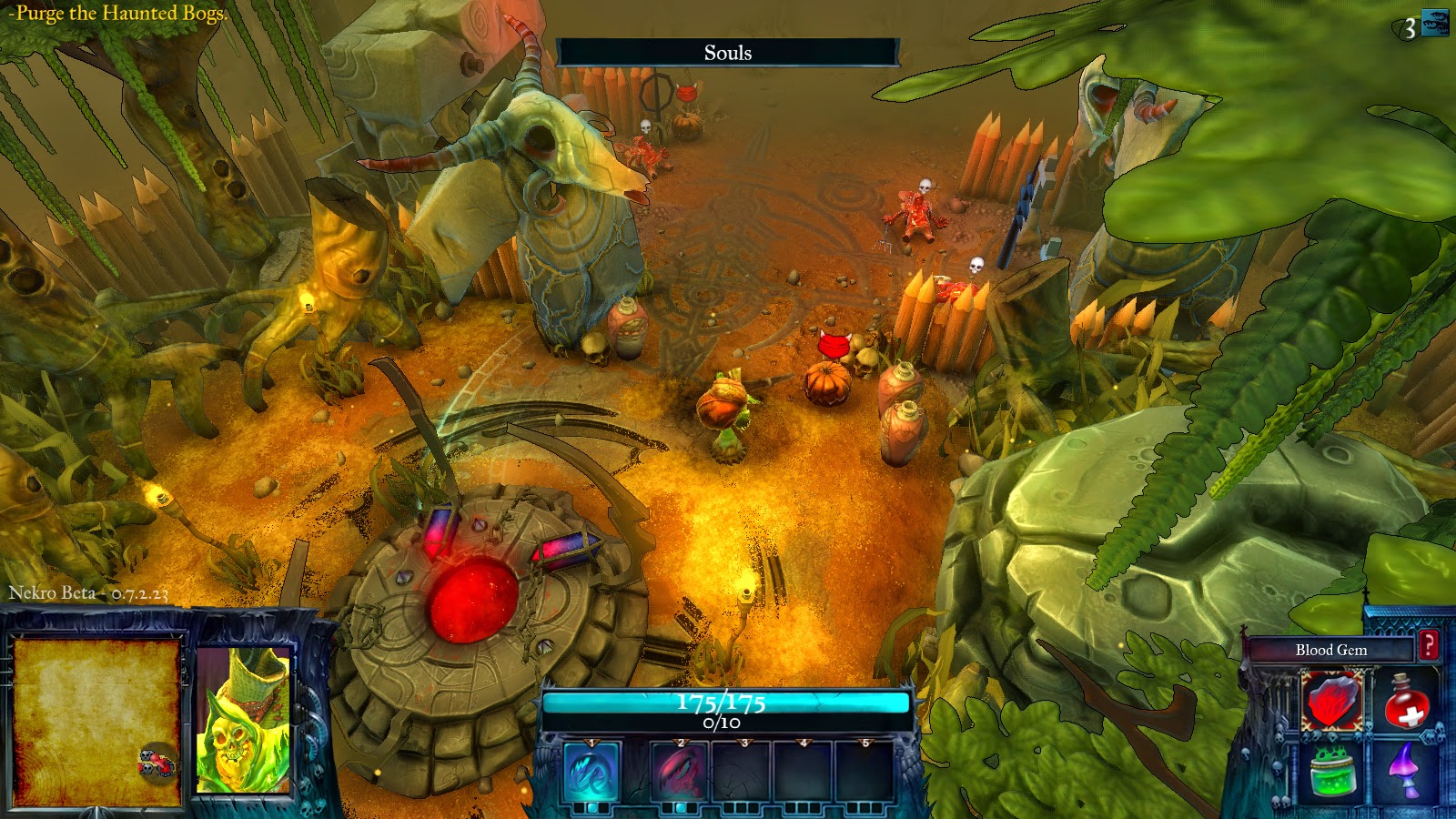