Over the last year or so we have reviewed a number of PDP products, mostly their headsets, and they have all been received quite favorably, both by our reviewers as well as the general public. While we have used some of the PDP controllers, the PDP Mortal Kombat X Fight Pad is the first specialized controller that we have managed to get our hands on and today we have the Xbox One / Xbox 360 fight pad that we will be reviewing. 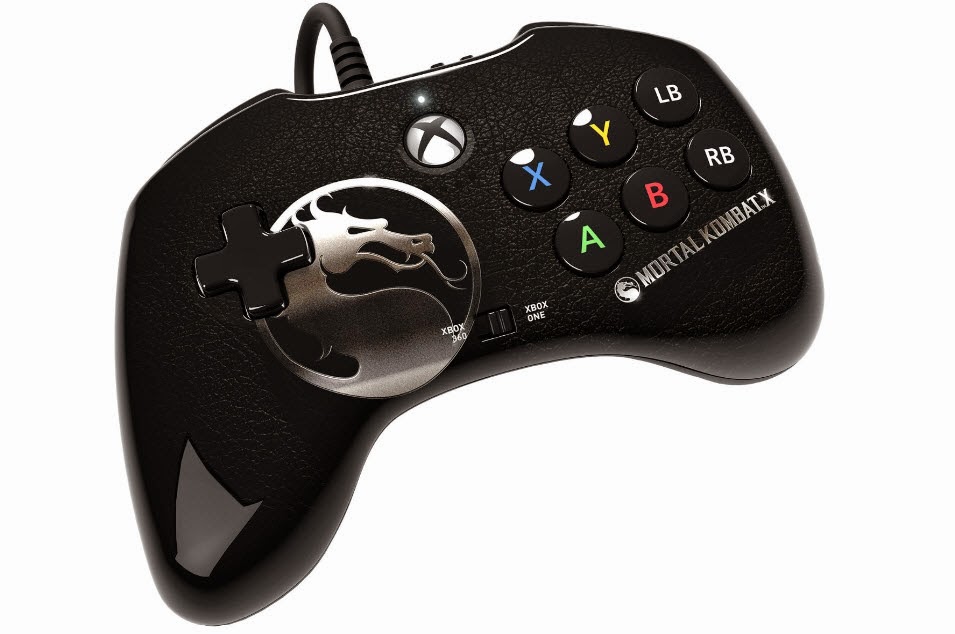 This particular pad is unique in that it works for both the 360 and the Xbox One as there is a simple switch on the bottom of the controller that allows you to switch between the different consoles. Now, this is a wired controller but fortunately the cord is long enough that most gamers will not have an issue plugging it in and leaving plenty of slack in the cord, though there are certain spots on my couch where the cord just barely reaches

Unlike standard controllers, the Fight Pad by PDP has the Left and Right Bumper buttons placed on the face of the controller so it looks an awful lot like an old Genesis controller. In fact, they look almost identical given that there are no analog sticks. That is right, this is a D-Pad only, 6-face button controller and has the Left and Right Triggers placed in their normal trigger position. The layout is absolutely perfect for fighting games but relatively useless for any other type of game (though I did put a few hours into Castlevania: Symphony of the Night and had no issues with it).

Admittedly the controller took some getting used to, as I have been playing console games with only four face buttons since the Xbox 360 came out (given that the original Xbox controller had 6 face buttons if you include the black and white buttons, which I do). Once I got used to the control layout though, it became second nature for the various fighting games that I have.

Where most controllers have relatively bulbous face buttons that have a long actuation point, the PDP Mortal Kombat X Fight Pad uses extremely flat buttons with a very low actuation point. It takes almost no pressure to push the button which allows a gamer to hit faster and more often without really having to press the button all the way down. The down side is that the buttons do not feel as durable as a regular controller, though after dozens of hours playing I have seen no reason to believe that the Fight Pad is not as durable and high quality as the rest of PDP’s gear.

As the PDP Mortal Kombat X Fight Pad is a specialized controller designed for the fighting game arena and with its excellent custom Mortal Kombat X graphics and perfect button layout, it fits right into the genre. With the D-Pad only and light button actuation, combos, parries, and power moves are a breeze and can be pulled off quickly, though I cannot say much about the durability beyond the 30+ hours I have put in on the controller seem not to affect it at all. The PDP Mortal Kombat X Fight Pad is as high quality as PDP’s headsets and will be a main staple in my fighting game arsenal from this point on.