Cyperpunk settings have always held a special place in my heart and frankly there are far to few games set in this dark and gritty sci-fi setting. Fortunately though, the recent success of titles like Shadowrun or the older Deus Ex titles, have kept gamers sated these last few years by having some excellent releases. Enter in the development studio 5 Lives Studios, a small studio (talking less than 10 people) that had a fantastic Kickstarter campaign back in 2013. 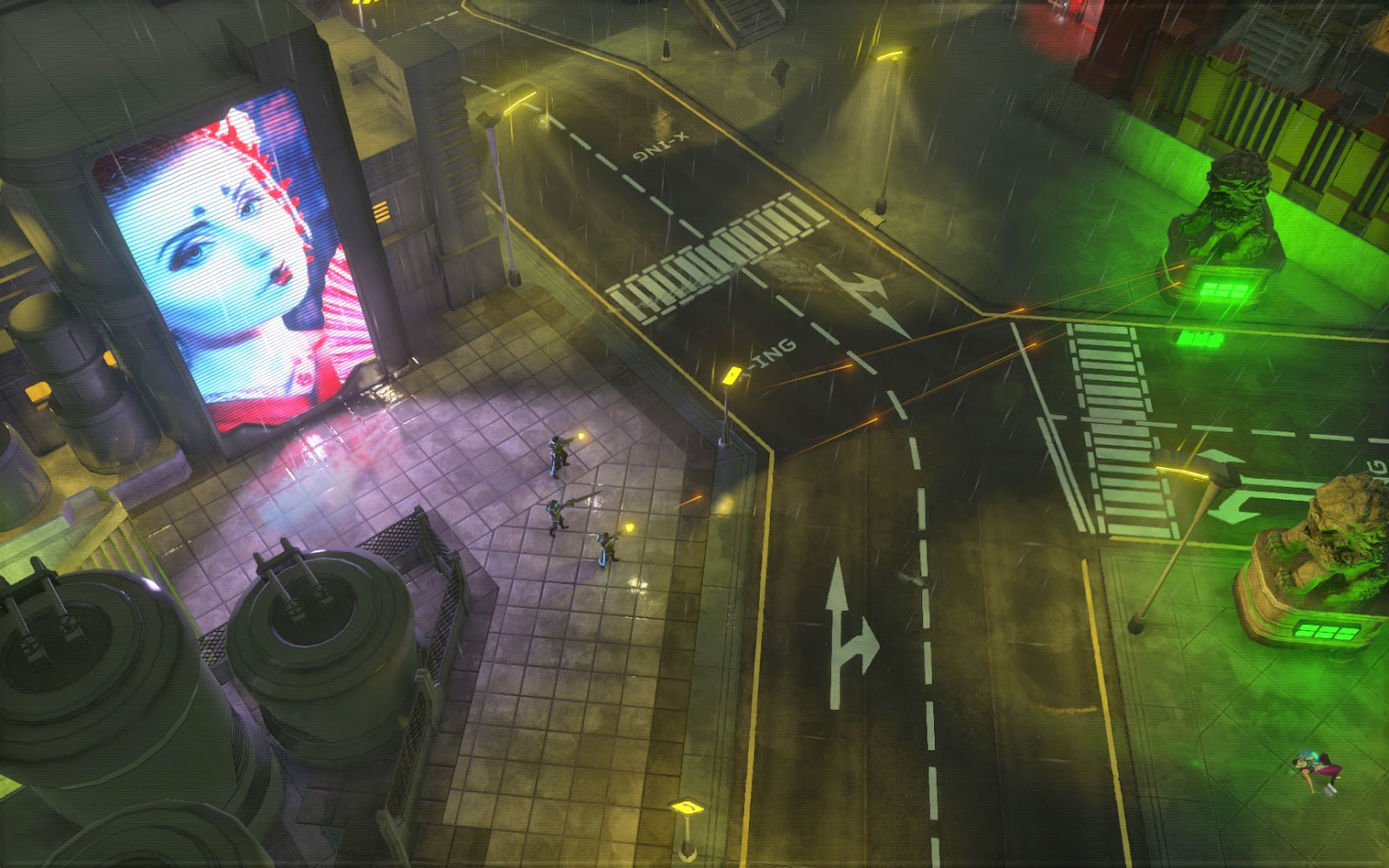 Fast forward to early 2015 and Satellite Reign is now available on Steam Early Access for gamers to get in and experience a new world. As a class-based real-time strategy game, you will be tossed into a dark and gritty cyberpunk city where you have not only the tools, but the freedom to play how you want to play. You will battle for control of this living, breathing cyberpunk city, against the mega-corporations that control the world’s governments. We were fortunate to get our hands on an early build of Satellite Reign so read on for more information.

As with most Early Access titles I try to let folks know that you will run into bugs, crashes, or other impediments to gameplay and while Satellite Reign is fairly well put together, it is still prone to the development woes that any title will have while it is growing from stage to stage. With Satellite Reign I found that configuring the graphics to maximum then launching the game resulted in immediate crashing but I was able to dial down the graphics to a point where the game not only looked spectacular, but also ran quite confidently with few lockups/crashes. Once you load into the city you are thrust into a relatively quick tutorial which only takes 10 minutes or so at the start to get into. 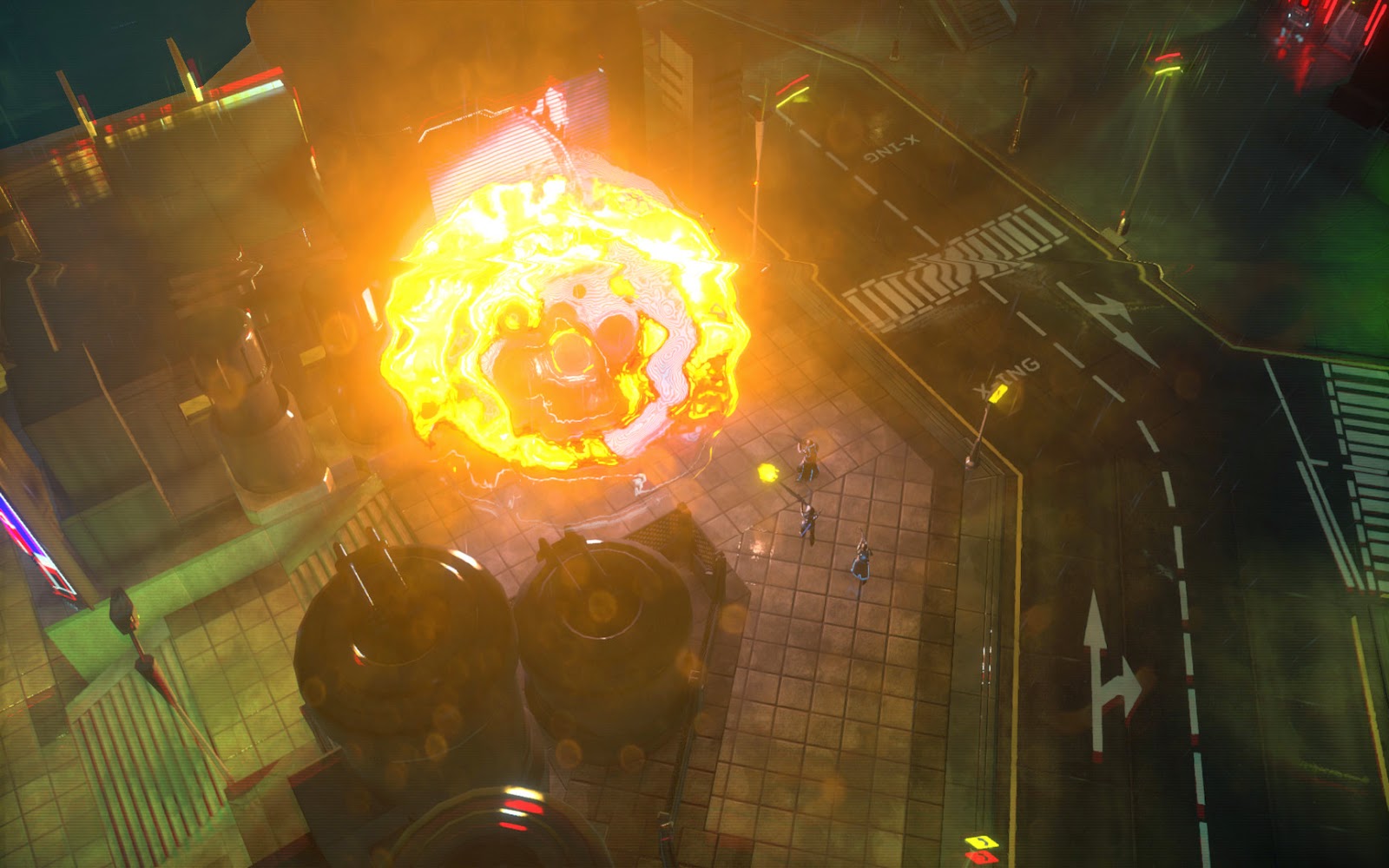 You will be prompted to follow through a few simple steps like hacking, combat, and switching between the various weapons. What is neat though, is that the tutorial gives you choice; you can run in, guns blazing, or you can focus on stealth and wits to maneuver through a level. Me being me, I went in guns blazing, since I have relatively little patience for stealth games and instead of punishing me for it, Satellite Reign simply adapted to my desires and let me play the way I saw fit which is something that I wish more games would do. “Choice” has become a staple in most RPG games yet few blatantly allow you to play the game “your way.” Being able to make the decision, on the fly, that rather than sneaking past this gaggle of armed corporate guards so I can get to my objective and instead allowing me to set up intricate ambushes so I can lay them to waste, is a wonderful concept. However, given the Early Access status of Satellite Reign, some work could certainly be done on both path-finding and enemy AI adaption, however what is there is excellent and has me wanting more.

For some reason the cyberpunk setting seems to be very limited, not many development studios go this route when making design choices and it saddens me. It also means that when a game does come along that is in this setting it can be difficult to compare to other titles since there is no real baseline. The baseline that I am going to use for Satellite Reigns’ audio is from both Ridley Scott’s Blade Runner movie (which, if you have not seen, stop reading this and go watch it. Now.) and from Deus Ex: Human Revolution. One is an award-winning movie from 30+ years ago and the other is an oft-underrated yet fantastic first person RPG hybrid that is nearing on 5 years old; the fact that I have to reach down so far to find something to compare Satellite Reign’s audio to should be a testament to how excellent it really it. City sounds, ambient audio, weapon sounds, all of it is simply wonderful. 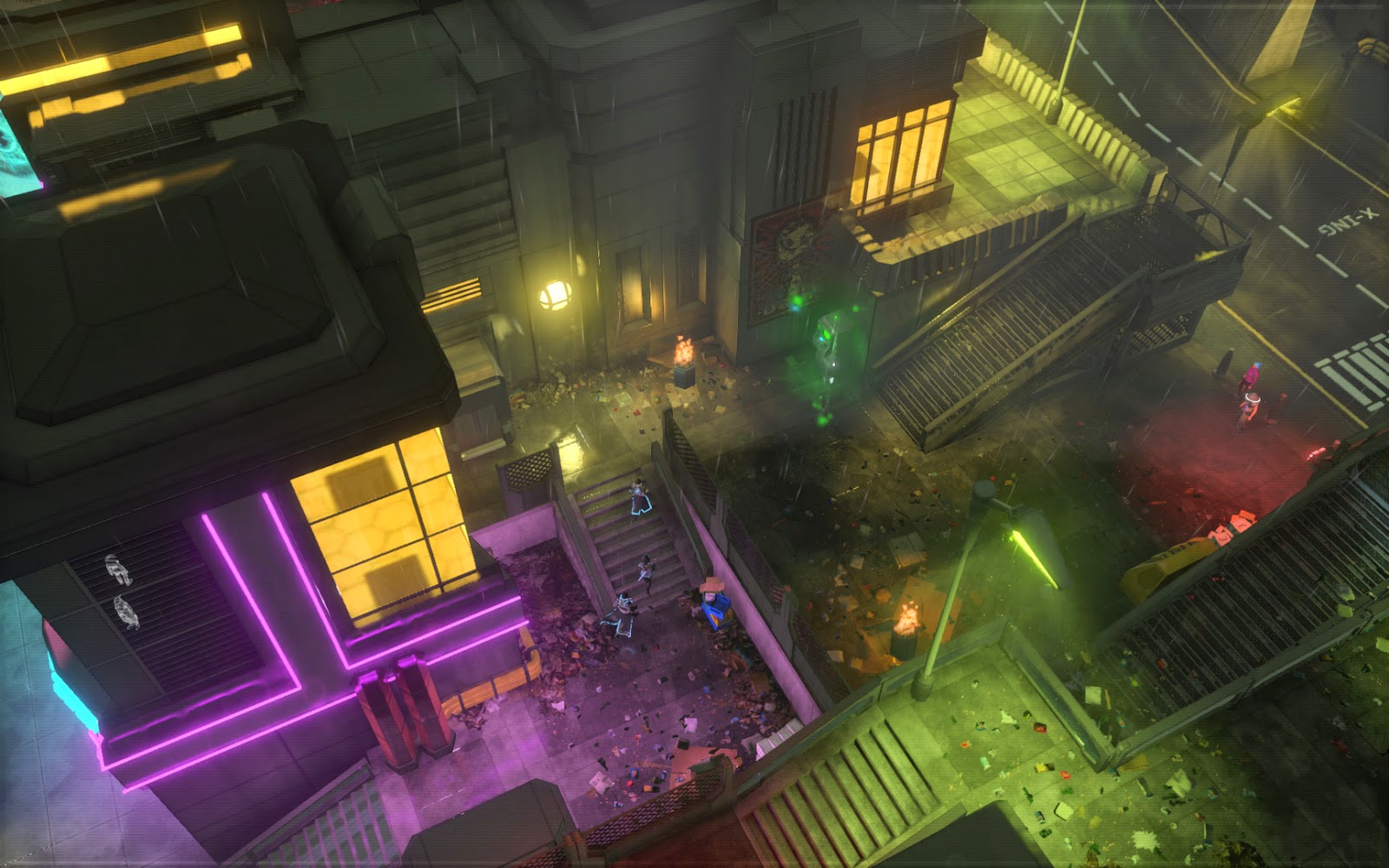 Given that what is there is so good, I naturally become extra greedy and would love to see even more audio layers added; that is just wishful thinking though, as I am utterly happy with where most of the audio is at this time. Adding a bit more could always help, especially voice acting, but it is not required. The music is suitably “sci-fi” and feels very organic in such a cold cyberpunk city and it fits in quite well.

Gameplay, as mentioned, is all about choice; do things the way you want to, and move on. With a tutorial that is really only a few minutes long, you learn all that you need to know about the game, as it is refreshingly simple while not being bland, and is very easy to get into. Simple click commands and an intuitive interface can go a long way and in Satellite Reign they do. All of your skills and options are at your fingertips which allows you to focus more on the management of your squad of techies; simplicity like this is something that most computer games of this style (tactical real time action roleplaying games) are lacking so it is refreshing to see someone keeping it to the basics. Since the studio is so small and the game is still in Early Access it may be some time yet before we see any full release, however with where it is at currently (about 2/3 of the way complete), Satellite Reign is inching its way to being a unique game that should be included in every gamer’s library. Be sure to head over to Steam to pick it up, as you will not be sorry. 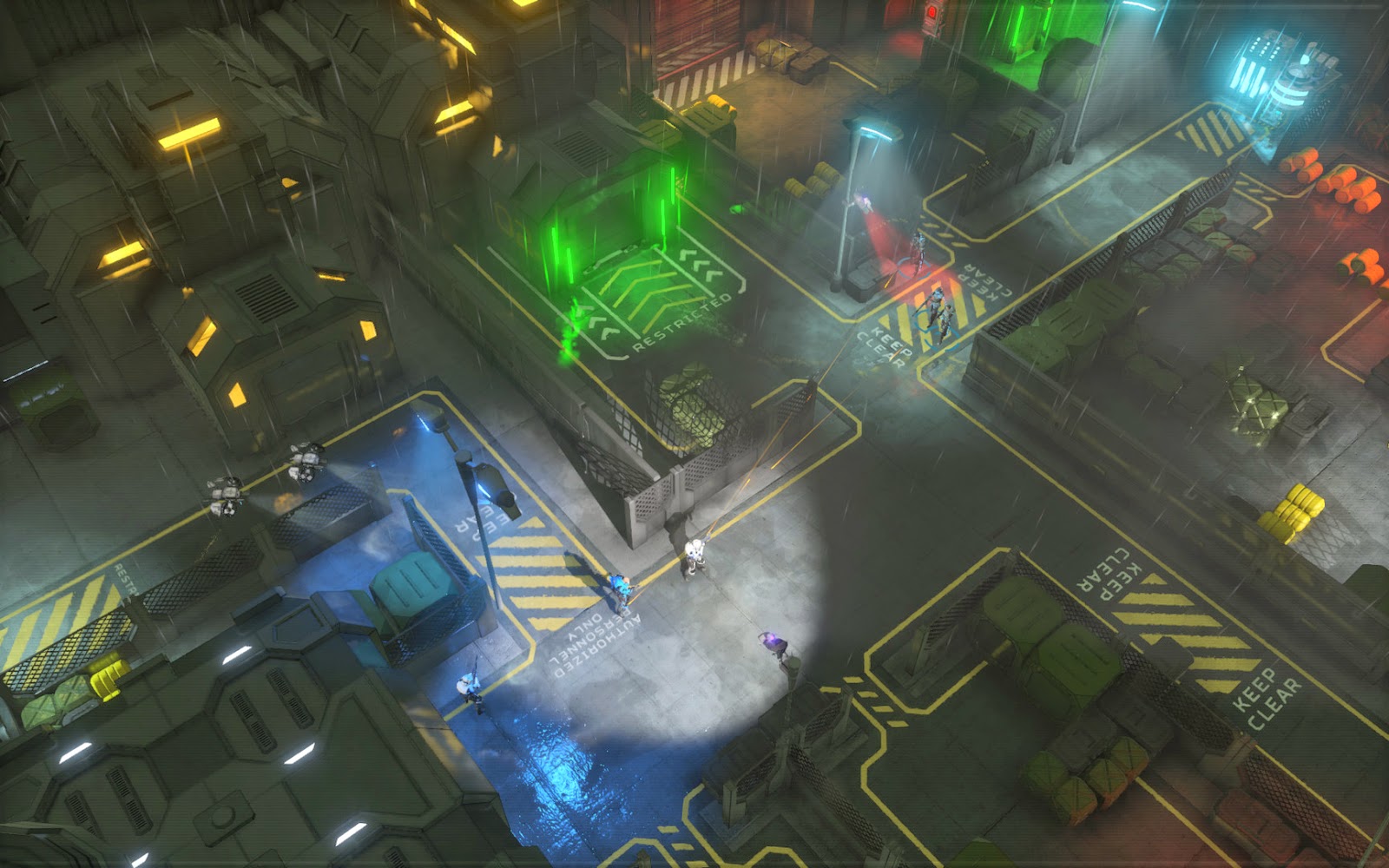