Slitherine publishes a lot of war games, but Sovereignty: Crown of Kings feels different for several reasons. The most notable is the rich fantasy setting it uses to excellent effect. I dig a nice war or science-fiction strategy title, but nothing gets me quite as interested in as good high fantasy setting. However, the setting would not mean much of the mechanics did not back up the strategic elements. Thankfully, even in Early Access, things are looking really good. 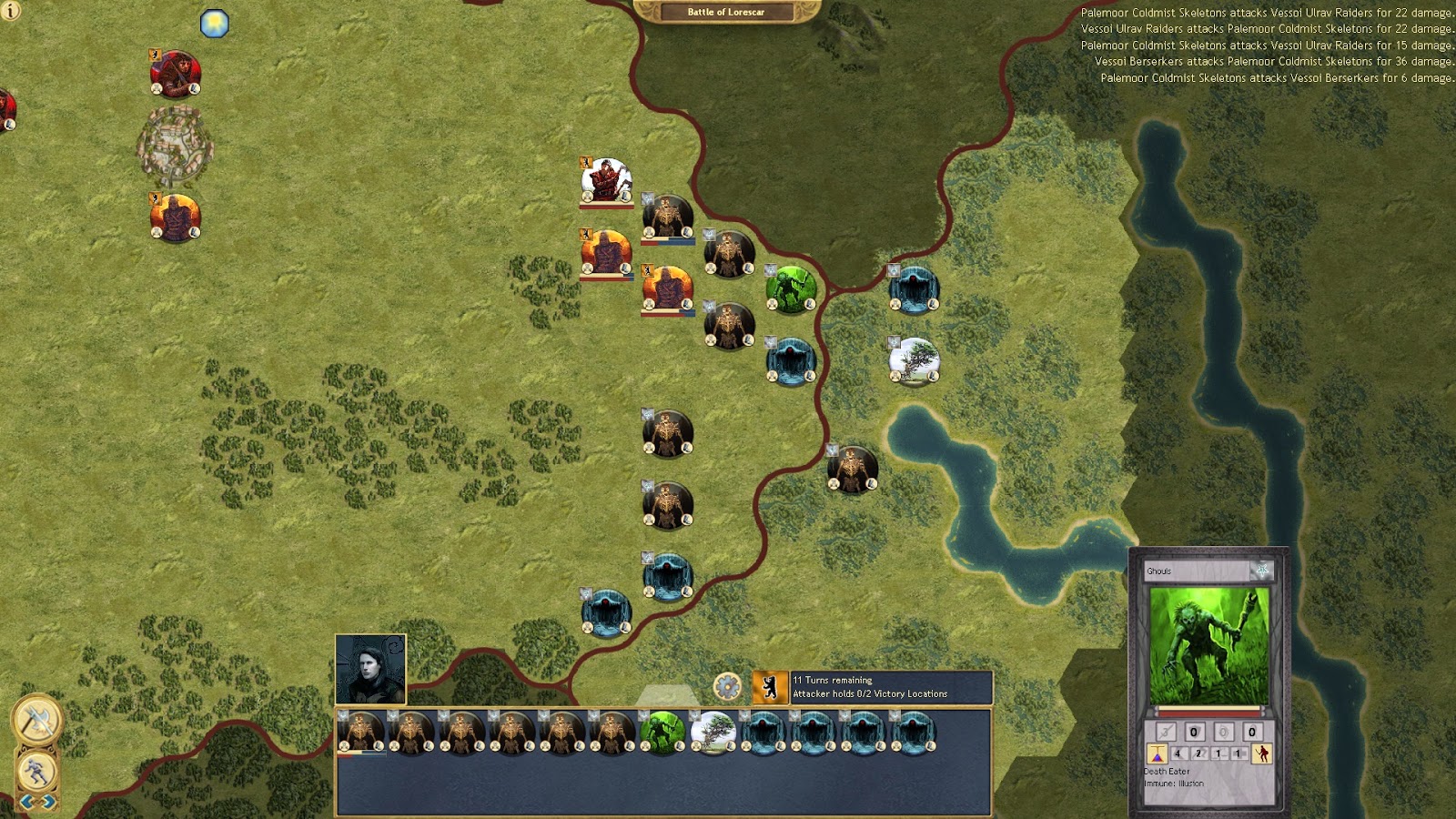 Now, ‘looking good’ is more a reference to how the game plays. Visually, Sovereignty is by no means a powerhouse. I would not go so far as to call it ugly, but there are certainly more appealing strategy games out there. The music is nice enough if a bit repetitive. One issue with the music is that during the early stages of the tutorial, it had a bit of a hitching quality to it with a background sound playing over and over again. Thankfully, it eventually stopped but I did shut the game down at one point to restart and see if it happened again – which it did. Another bug (this is a preview game after all) that crept up was that the visual display would sometimes get a bit distorted, requiring me to alt+tab out and come back, resetting the graphics.

Still, while presentation values are all well and good, I was more interested in the strategic meat that Sovereignty was able to provide. It reminds me of the old Koei games for my NES like Romance of the Three Kingdoms of Bandit Kings of Ancient China. There are different empires each doing things to improve a fief’s economy, build more military units, leverage spies and subterfuge with other kingdoms or making treaties and carrying out trades. Additional things such as changes in the seasons, wandering heroes who can be hired and more help to add variety to the proceedings.

I was surprised at how engrossing unit building could be. There are usually multiple considerations that go into constructing a unit, and different factions (there are 35 of them) have different races, traits and units that help to keep things fresh. Once you have the necessary supplies in place, you can then queue up your unit. Weaker, simpler creations like basic infantry or archers queue up quickly and do not cost very much, while a more expensive creation like a cloud dragon is a much bigger investment, but also worth it on the battlefield. 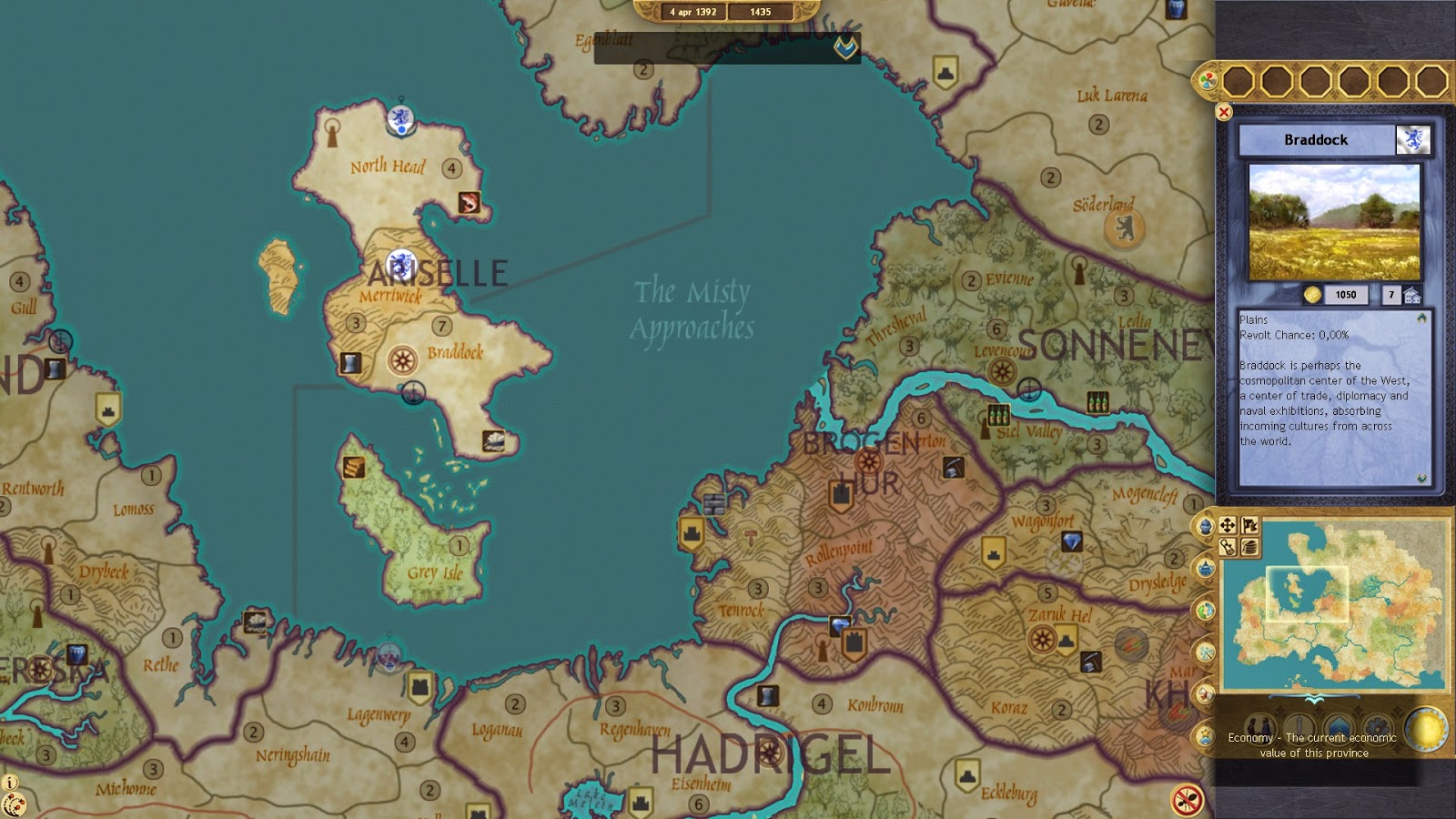 Combat itself is an interesting beast, because it can be approached a couple of different ways. Having a hero leading your troops gives you options and also have one time use abilities that can be leveraged during combat. You can choose to have combat happen automatically, or manually take control of things. I found that the manual option was much slower, but also more effective. When I was managing the battles myself, I would almost always win with a clean sweep with few to no casualties. The AI was average really, seldom doing anything completely stupid, but also seldom catching me unprepared either. Using the automatic combat system is quicker and easier, but I often found myself needing to lead multiple strikes against a province in order to win. Later stages in the game include so much combat that I was forced to spend time fighting battles I would clearly win, because I could not trust the auto attack to perform nearly as well as I would, which unfortunately does bog down the pacing a good deal.

As you expand your kingdom, new resources and landmarks are found and things such as magical points that can be leveraged into different spells help to further expand your fantasy toolkit. Magic, military and economy are the three legs your kingdom is built upon. If one of those two legs gets kicked out, it is easy to topple over, so balancing them is a must. 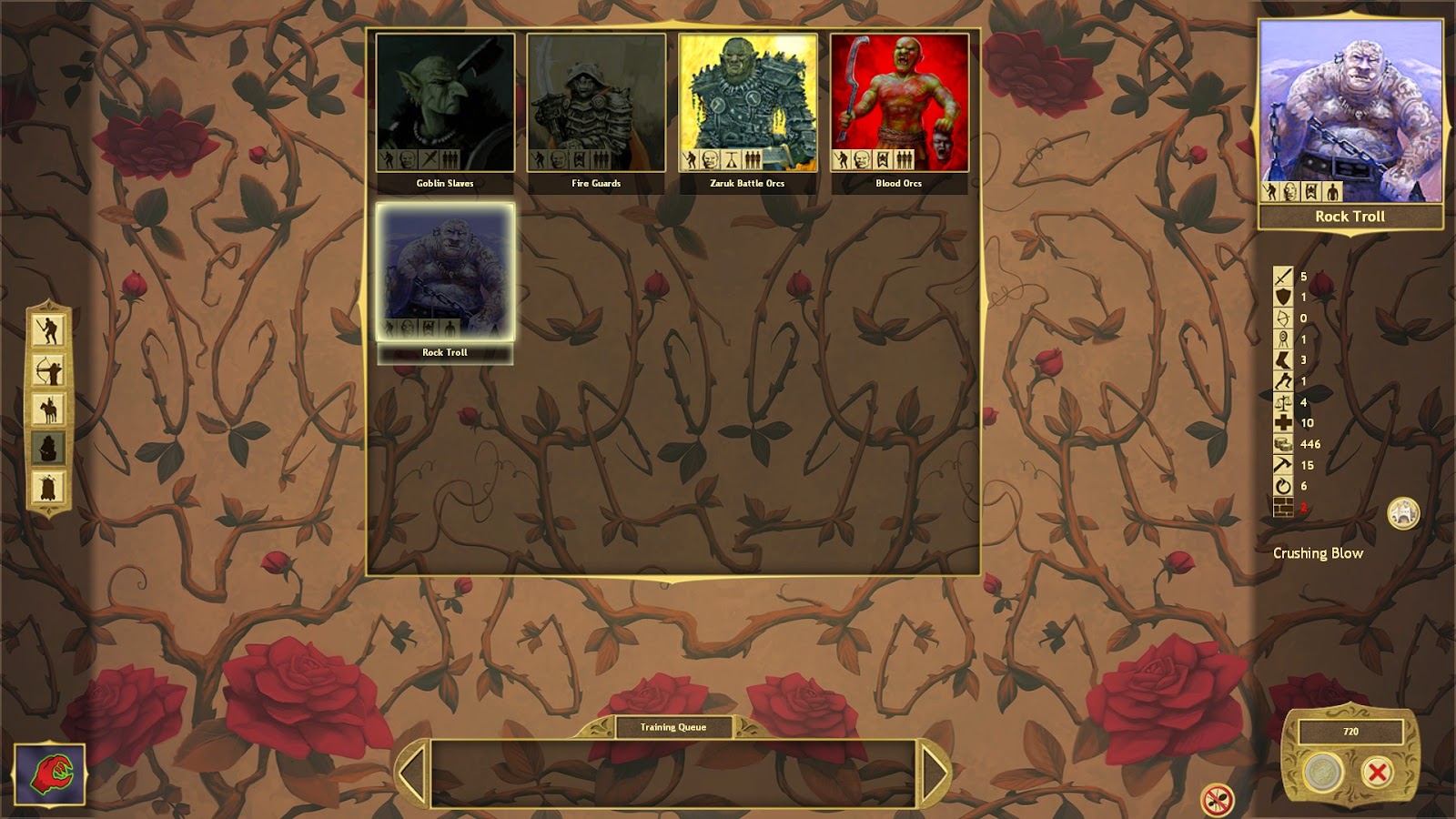 There are a good number of diplomatic options, ranging from viewing how friendly or hostile a land is to yours to performing trades to spying on their military and more. The AI does feel a little overly aggressive however, as I frequently found that only a couple of turns after making an effort to create peace, the PC would cast that aside and become aggressive towards me again. Other features feel a bit under baked as well, such as developing a province. Because you can only improve the economy, things like building forts or creating landmarks or anything of that nature feel like missed opportunities. Also, as you expand your borders, the game itself gets slower and slower – especially if you happen to have overly hostile neighbors at your borders. A turn can take a very long time as a result – it might be nice to have some cruise control options where one can just tell a land to do something on its own and not need frequent oversight. I am not entirely sure how these automations would work, but it feels like there is something missing that could streamline the bigger, longer running games.

I really like the campaign mode. Heck, the tutorial itself is a beefy, nearly hour long venture, so there is plenty to do here. The modding tools for creating scenarios holds a lot of potential, but I did not get a chance to spend much time with it yet. Still, some players may bemoan the fact that currently Sovereignty only has a single player mode. There is no hotseat nor any online play.

Though still in Early Access, Sovereignty: Crown of Kings is showing a lot of good things that easily offset the handful of growing pains such as bugs or features that still feel like they are receiving fine tuning. This is still a deep fantasy military game that looks like it should offer a lot of staying power once it is completed, and I am eager to see what the final game will look like. 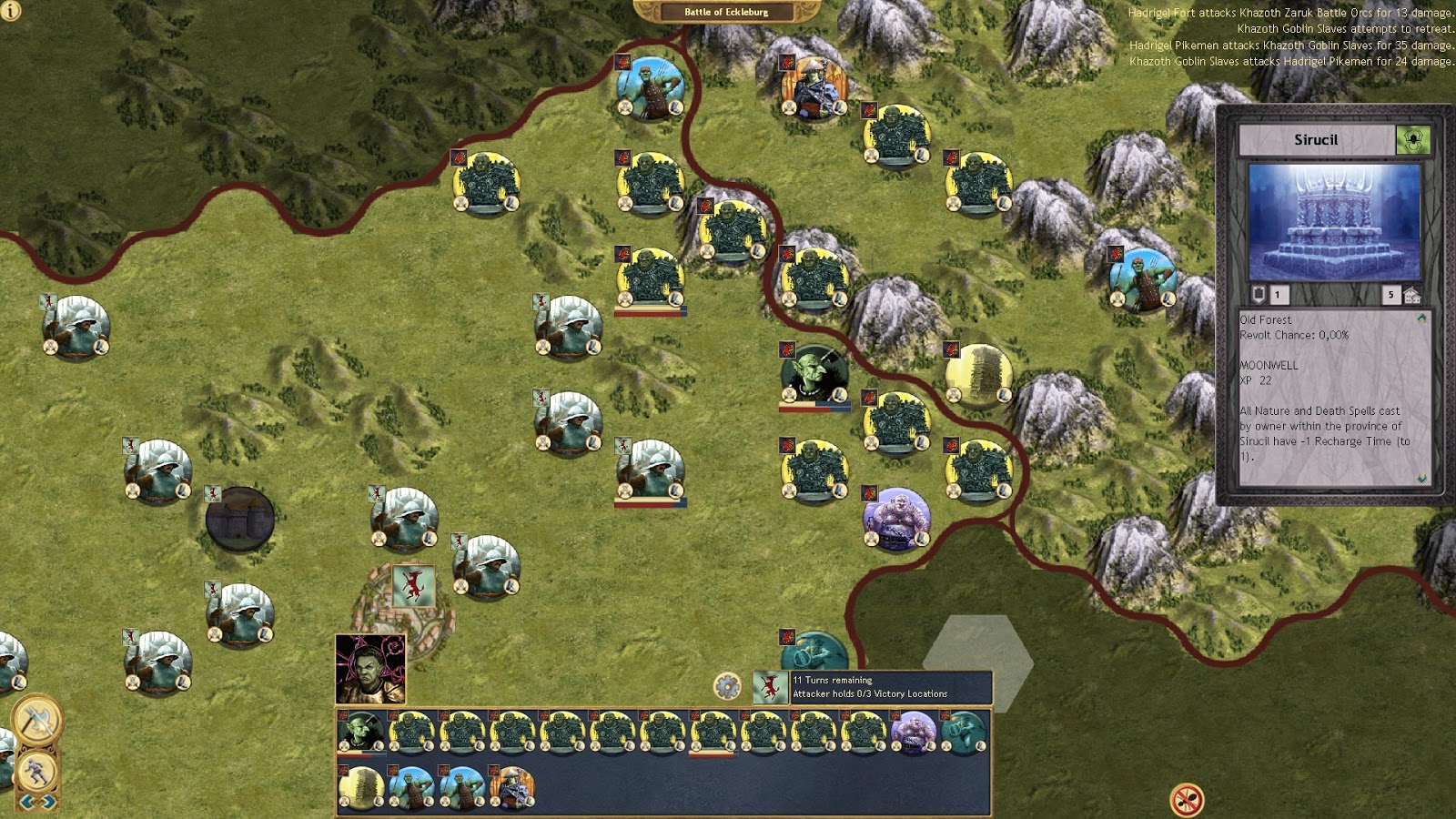