At a glance, Exanima looks a lot like other isometric RPG dungeon crawlers. Visually it might harken back to an earlier age in computer gaming, but this is a very different kind of beast altogether. As such, it requires a substantial investment to make any significant headway, but the potential for a fun, unique game is definitely here. 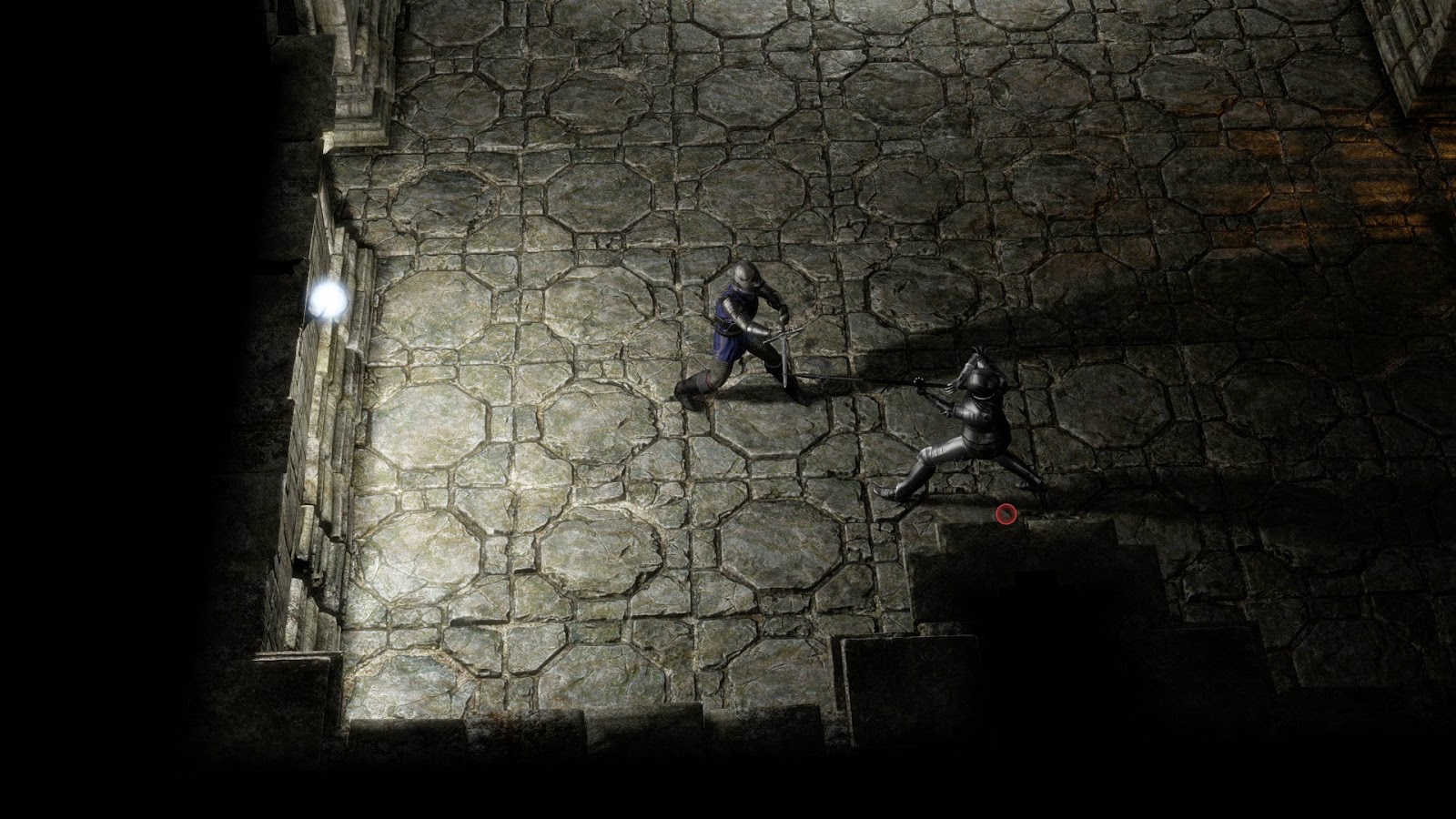 This is not some sort of a rapid Diablo-esque click-fest. This is an action-based combat system that leverages physics in a unique way. It is much more about skill than grinding like most RPGs. That is not to say Exanima is lacking in tactics, but you cannot just put your brain into cruise control and click some buttons here and there.

There are NPCs, plenty of dialogue, dungeons to explore – all of the common things you would normally find in an RPG. But the combat is really what makes this title different from almost anything else I have played. When you swing a heavy weapon, it might knock someone back. Not because you have some active skill that knocks someone down, but because you swung the heavy weapon in a wide arc and managed to catch them near the edge of your swing radius. The result would have been far different had the opponent stepped in closer and not taken that momentous attack.

Now it is clear that this is still in early development. While the visuals have a sort of dark appeal to them, areas sometimes feel a bit too spacious and empty. While the sound effects and music help to set the tone, there really is not a lot of actual content available at this time. There is plenty of room to grow and the development team looks like it is actively communicating with fans, so there is plenty of hope. Still, if you are looking for a lot of content right now, you might want to wait. 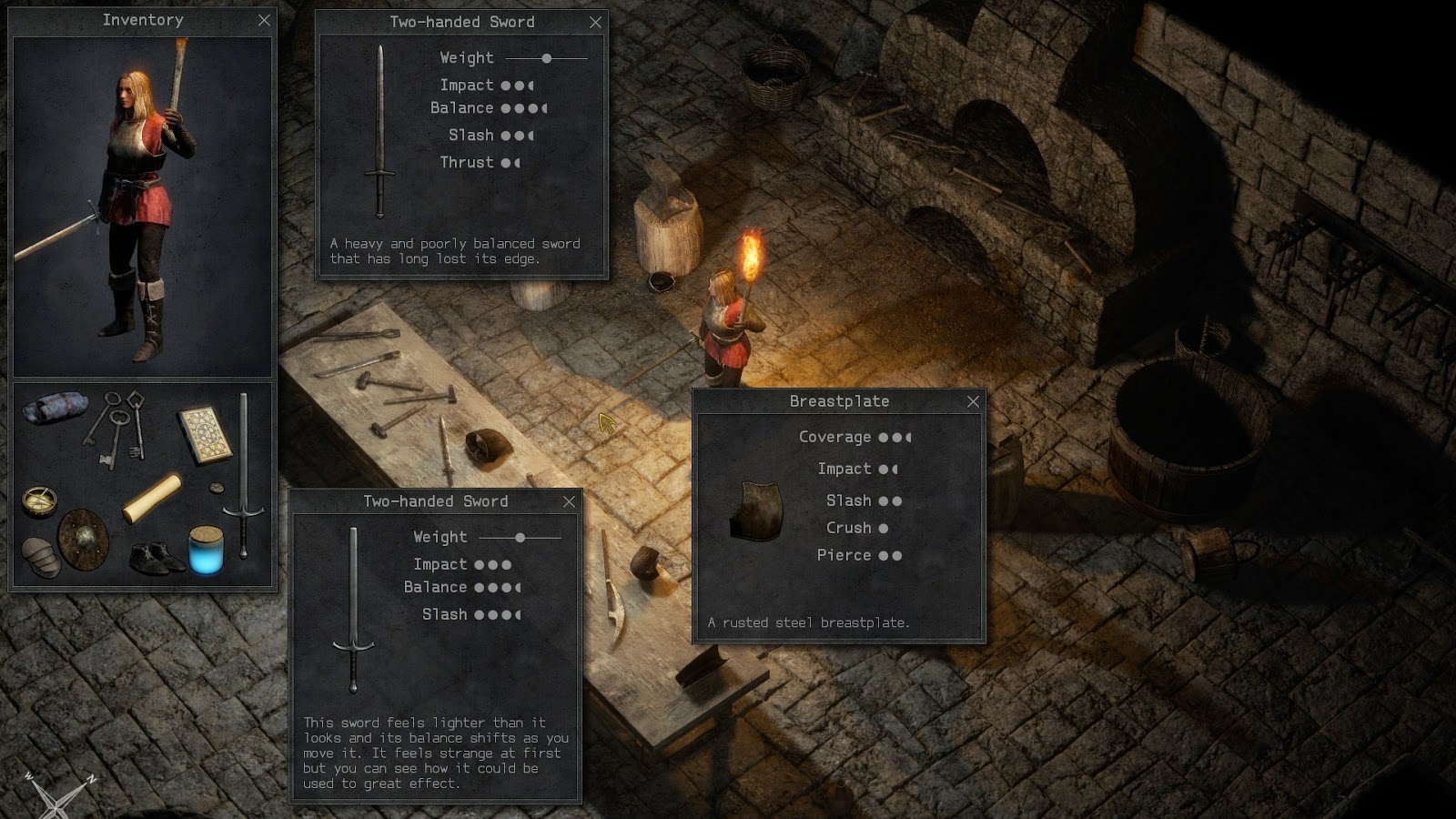 That said, if you are interested in something quite different from your combat, this is a solid place to start. In a way, the combat reminds me of Chivalry: Medieval Warfare, which I have played on both PC and Xbox 360. Of course that is a visually different game with a first person perspective, but that same sort of weighted physics is at play. Wielding a large two-handed weapon has a distinctly different feel than something quicker but with less range. The potential to do massive damage with the former has to be weighed against the risks and benefits of a smaller, quicker but less damaging alternative. Ranged combat comes into play too, allowing you to do damage from afar, but leaving you potentially vulnerable in closer quarters. The auto blocking sounds like something that would make the game too easy, but that is hardly the case. There is a sort of rhythm to the combat that starts to make the game feel more natural once you adapt to it.

Like Chivalry, there is a learning curve here. The controls can feel a bit awkward at first and your personal learning curve will probably vary from one person to the next. I was able to tear through the arena fairly effectively once I put about an hour into finding a weapon set I liked and figured out how to wield it properly. That being said, I’ve seen some people simply struggle to get a good swing off. This is a game where an investment in learning is absolutely needed or you will not succeed.

A somewhat steep learning curve and limited game content is enough reason to keep some people from investing during this Early Access stage, but for those who are willing to try something new and sink some time into doing so, Exanima can prove to be a breath of fresh air. There is still plenty of room to grow, both in terms of content and options. I will be very interested to see what the state of Exanima is in another few months to see if it continues to expand on its potential. 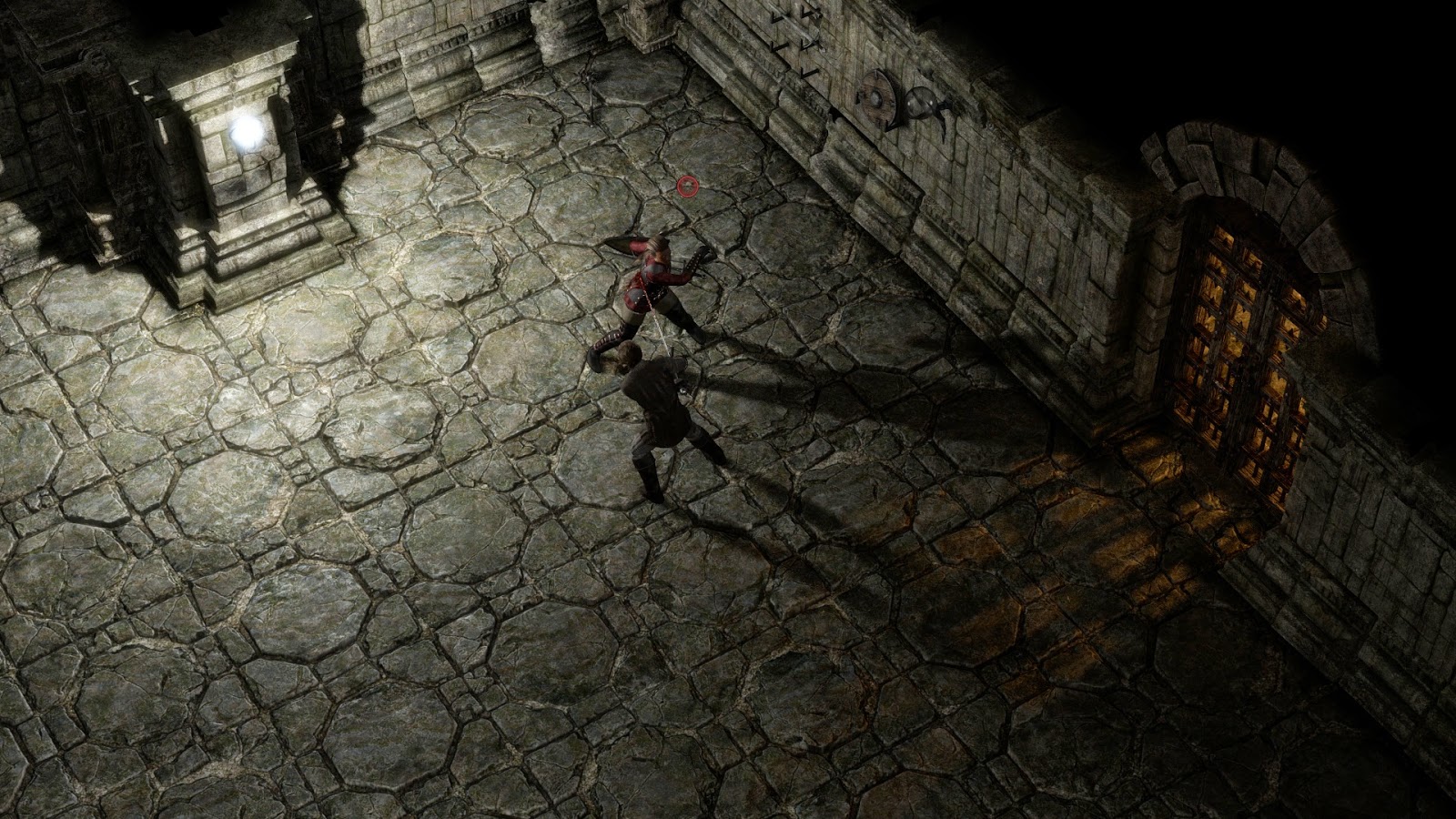