Half-Life was such a memorable and unforgettable experience for many, for me, for you, for anyone who played it and left with a huge smile of satisfaction on their faces. Naturally, people wanted more of said experience; a sequel was imperative. But Valve, the developer, not exactly known for their punctuality (bluntly speaking, they’re worse at keeping time than John Romero), they finally came up with a sequel 6 years later (which was totally, totally worth the wait). That’s a lot of years – so many in fact that you need an extra hand to count on – and a lot of the fans were getting impatient. 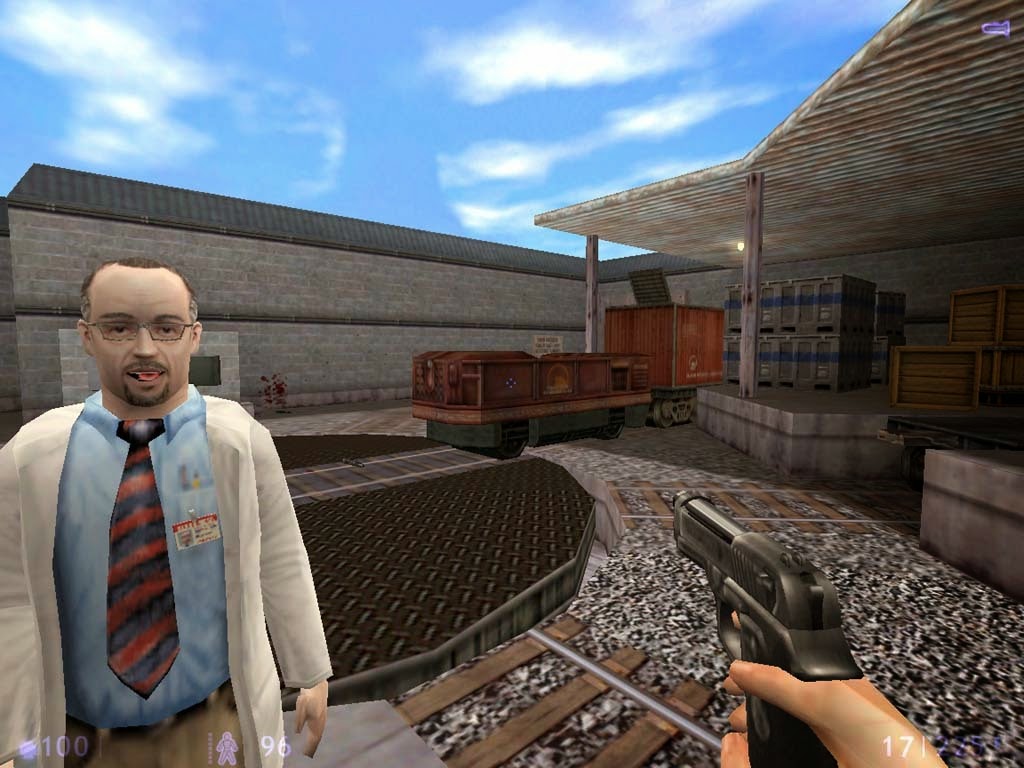 So in the intermediary years between Half-Life and Half-Life 2, we got several mods, spinoffs and expansion packs to keep ourselves busy. While Counter-Strike was making bitter enemies out of best friends and where The Gunman Chronicles was pissing the hell out of the boys at OldManMurray, Blue Shift was amusing those who had the time and motive to play it. Blue Shift was one of the three official expansion packs released for Half-Life – the other two were Opposing Force and Decay.

Players assume the role of Barney Calhoun – the first major npc you encounter in Half-Life (second, if you manage to catch a glimpse of G-Man during the tram ride). His brief appearance was met with positive reception, and this lead to him becoming an important secondary character in Half-Life 2. Since Blue Shift isn’t as readily accessible as the other games in the series, there’s a good chance you have already played all Half-Life games except for this one. If this is the case, and if you’ve grown accustomed to Barney’s developed personality and talkative nature, you’re going to be disappointed that he doesn’t talk at all in Blue Shift. This gripe, however, is superfluous, and the action-heavy nature of the game – as opposed to the more dramatic and narrative-driven pace of the original game – will soon make you forget about that and will keep you entertained just enough until the very end. 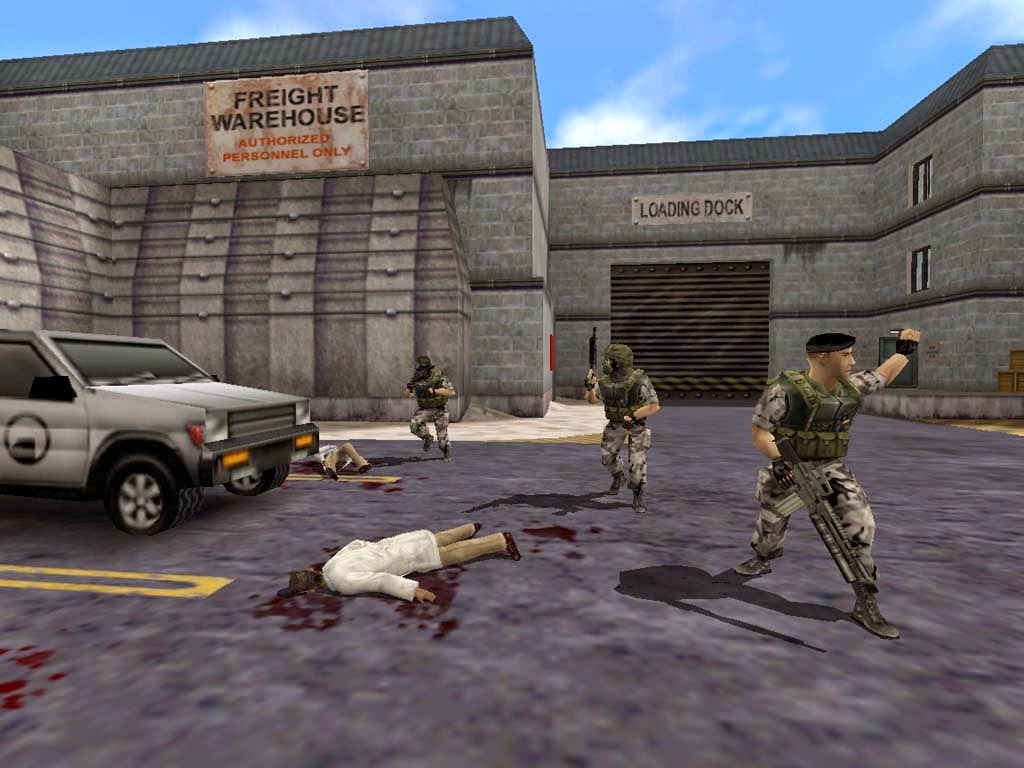 Opening with the all-too-familiar cinematic tram ride, Blue Shift unfolds a world that is getting ready for the longest – and strangest – day of their life. A touch minimalist in terms of activity but interesting all the same, several blink-and-you-miss moments flash in and out to make you feel right at home; about a minute or so into the introduction and you see a security guard enjoying an arcade game with a scientist. The one that hits right at home, however, is after when your ride comes to a stop and, while you’re waiting for the guard to open the door, a tram carrying Gordon Freeman passes behind you. Observant players of Half-Life will know that there indeed is a guard present on the left side of the screen as soon as the game starts. This is fan service taken to blissful extreme. My only real complaint is you don’t get to greet the Freeman when he steps off his tram.

The first few minutes of Blue Shift are the calm before the storm, and they are virtually indistinguishable from the Freeman’s chaotic-free traipsing from the original game; for so similar it feels in tone and pacing. The only real difference is you don’t interact with NPCs that much and that it thankfully ends very quickly. After when you’ve done your shooting training, you can access a CCTV to catch one more glimpse of the Freeman before diving head-first into the carnage.

What’s impressive is that, though made by a different developer and featuring a different protagonist, Blue Shift retains the classic aesthetics and hallmarks of the original game. It has that same level-headed terror and action; awesome combat sequences; interesting NPC expositions; and the same tight production that pleases and satisfies. It doesn’t try to innovate on the original game, nor comes up with new ideas. It is respectful to the rules set by Half-Life and thus, follows it with obedient love. The only downer to Blue Shift you will find is the terribly short length… it clocks in a little under two hours. 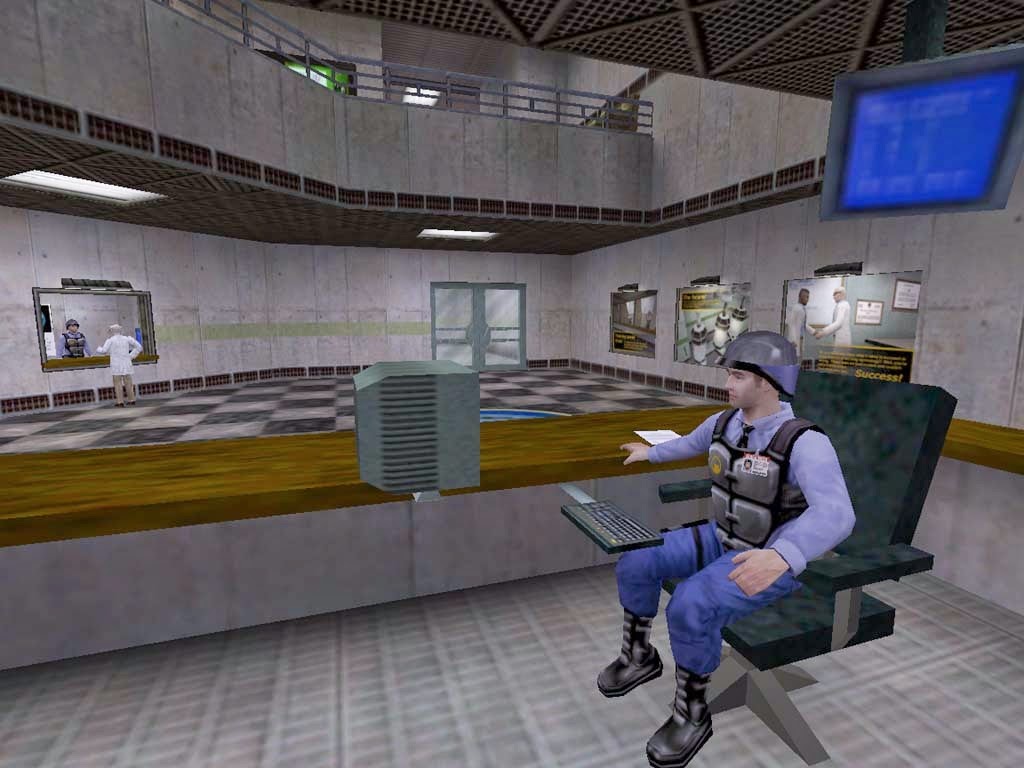 The gameplay is divided sharply into discovering a means of exposition and then reacting upon it. You spend a good portion of the game discovering cowering scientists and escorting them to safety (which is optional). While this technically is not a negative point, it does bog down the gameplay a little bit. The sudden propensity of alien carnage that usually succeeds after coming upon a hapless scientist is something of a puzzle. Is it silently riffing out to a Pixies song or laying out a challenging for you? Either way, the action of Blue Shift shifts rather quickly like as if suffering from Bipolar Disorder.

On any other game this sort of thing would be encouraged; but since this game carries Half-Life in its title, it feels slightly awkward. I must point though, in fear of ending this review on negative note, that these gripes are superficial and that Half-Life: Blue Shift is a solid shooter that carries on the original game’s experience and presents something, though not to the caliber of the original, but in its own right a game just as memorable and blast to go through at least once.