comments Share
You are reading
MLB 15: The Show – PS4 Review

More of a home run than a grand slam, MLB 15: The Show provides ample baseball action and plenty of tweaks and lesser improvements without taking any great strides in evolving itself. The end result is a really good game that is still a lot of fun to play, but does not feel all that different from past iterations. 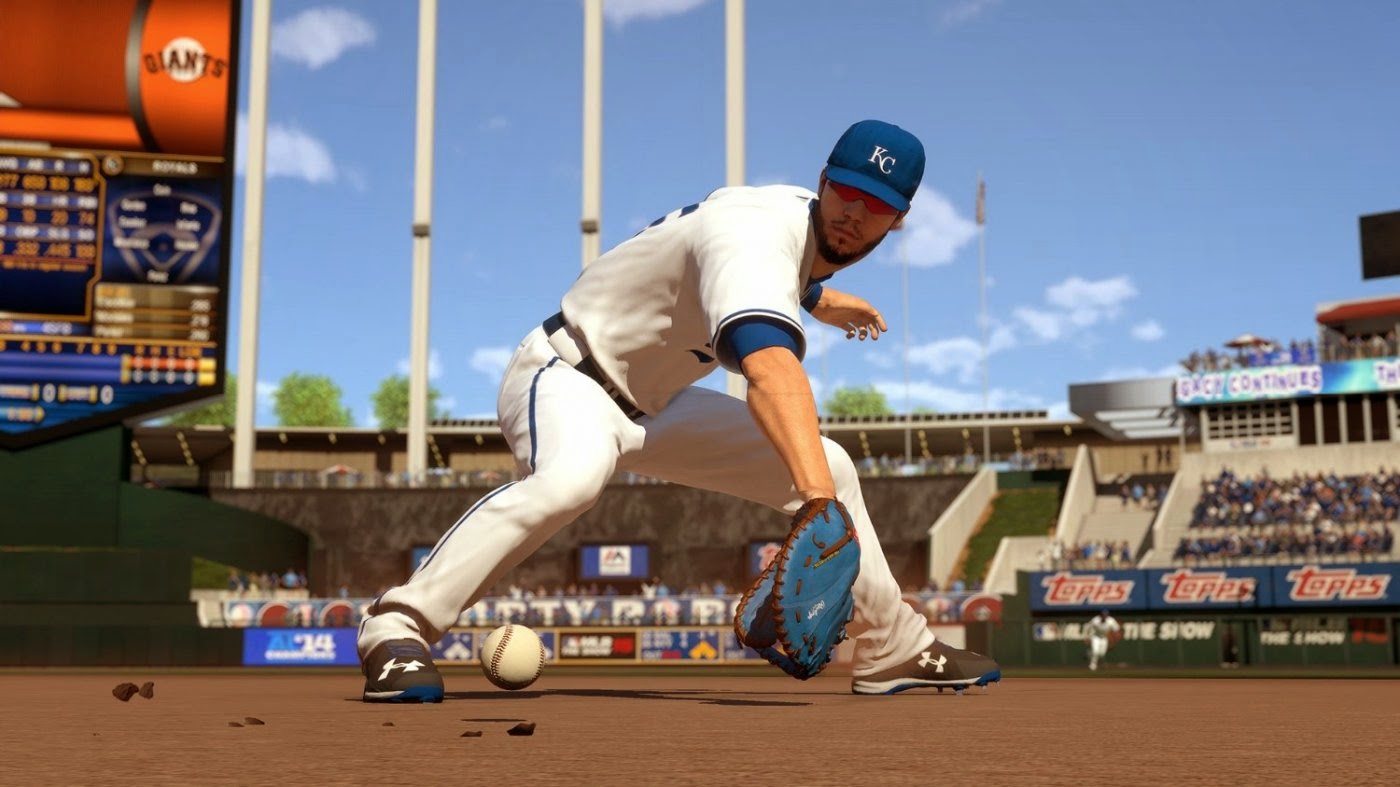 The first thing you notice is just how many options there are and how polished MLB 15 is. Menu after menu is presented to players, and if you are new to the series they could be potentially daunting. Want a quick game? How about a season or franchise mode? Create a player more your thing (it’s definitely mine)? How about things like card collecting or competitive online modes? All of that and more is staring at you.

The options within the options are substantial too. The series has been around for a while now, and it has built up a good number of legacy options. Personally I love having options. There are different ways to bat, unique pitching systems and plenty of variety available to even the fielding options. All of these are nested into a handful of different presentational options as well. Add to it things like customized sliders, and it is not long before you have a perfectly tailored experience.

All of these extras are wonderful to have, but they would fall flat if the product on the diamond was lacking. Thankfully MLB 15 is incredibly polished and a good deal of fun to play. I spend most of my time in the customized player mode, mostly as a right fielder with some solid batting punch. This is the most streamlined way to play, because the games only include you if the defense or offense directly involves your player. Entire games can end in five minutes or so, yet the progression system makes your player’s advancement feel worthwhile. It was great fun to start off trying to impress scouts (trying is the operative word – I wound up a sixth round pick was all) and playing my way up through the AA ranks before making my big league debut.

For those who want to take a more team-wide approach, the franchise mode is as engrossing as you want it to be. Progress in baseball games is slow compared to something like Madden where you only have sixteen games a season. Of course you are not forced to play out an entire schedule, but games in the NFL just feel more meaningful than even the NHL or NBA – and MLB has more contests than all three of those sports. That means MLB 15: The Show will be the most significant time investment out of all of the four major sports, but the attention to detail and the way you can progress and manage your team of choice (go Tigers!) is incredibly rewarding.

Compared to MLB 14: The Show, this latest iteration does get to show off in a couple of very specific areas. The online modes feel more robust and the visuals are more impressive than ever. This might make MLB 15: The Show a case of diminishing returns for those who revisit the series from year to year, though if it has been a few seasons, you will undoubtedly be blown away. Like the NBA 2K franchise, The Show is consistently excellent in all areas.

Even as someone who spent plenty of time with last year’s game, MLB 15: The Show was a lot of fun for me. Hitting was satisfying, pitching was challenging and the fielding mechanics made for some great moments like stealing a home run at the wall. The ability to save highlights and create films based on your exploits are a nice cherry on top, but the real fun is just in playing the game. There is a sweet balance between a sports simulation and moments of arcade bliss. Indeed taking your time at the plate and carefully measuring your swings is the recipe for consistent success, but once in a while it is nice to just guess the fastball and crank it over the wall for all you are worth.

Taken on its own merits in a vacuum, MLB 15: The Show is the best baseball game on the market and it is not even close. The 2K series has tried to keep pace for years, but just cannot quite balance all of its elements as expertly as The Show does. There might not be enough progression here to excite someone who played last year’s game on the PlayStation 4, but most diehard baseball fans are probably already playing this latest iteration anyways. And who am I to blame them? I will be doing the same thing myself tonight.