I find the premise behind Pathfinder Unchained to be incredibly interesting. Take a tried and true series, but let’s break a bunch of the rules we have previously put in place. That is not to say there was anything wrong with the base system – in fact I am a huge fan of it personally. But variety is good, and I often feel as though the best tabletop RPG products are the ones that provide ideas but give you room to improvise. Here it feels like the development team has had a chance to share their own improvisations, and by and large they are a great way to add variety to the system. 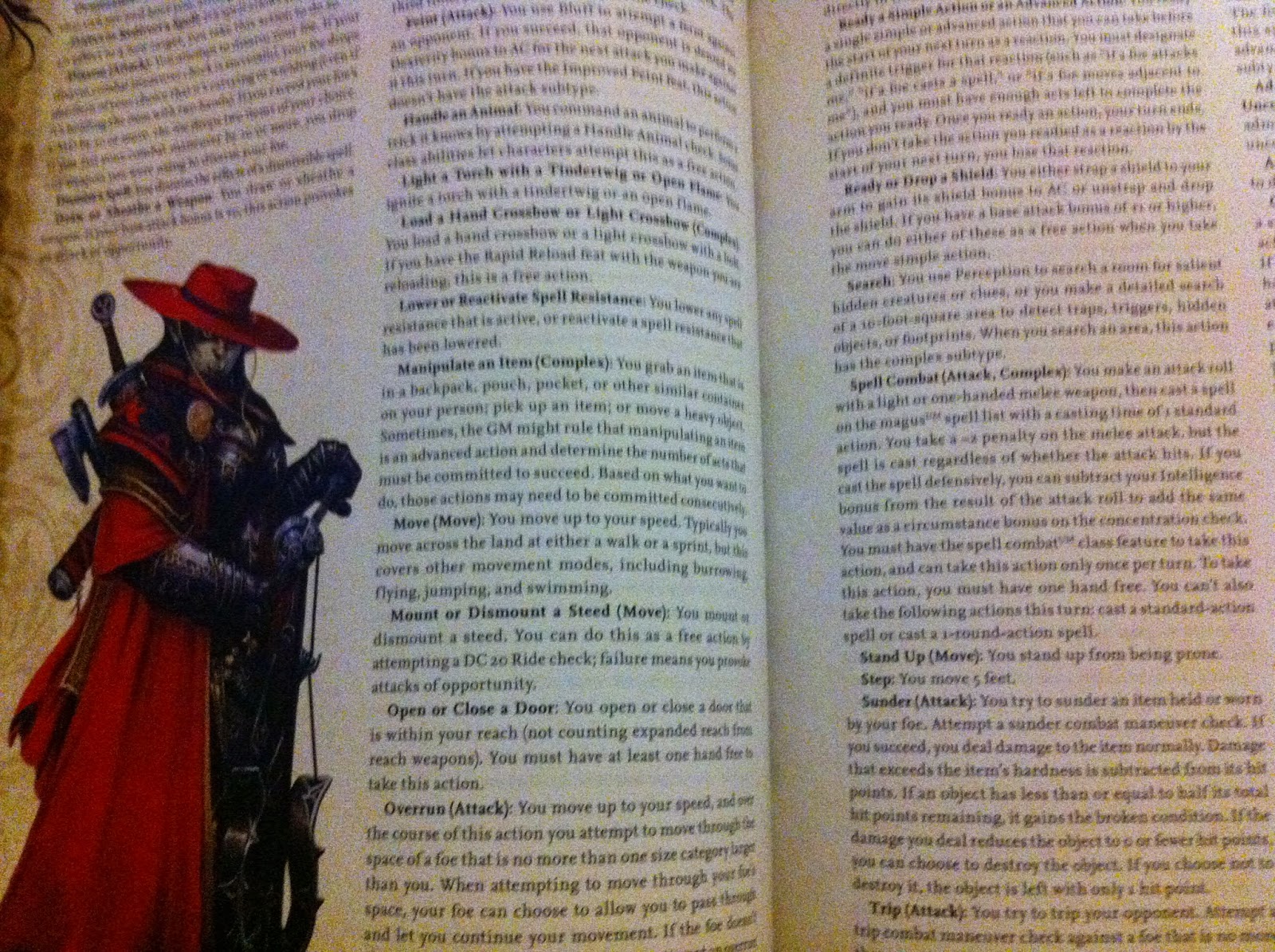 Every system has balance concerns. Some are more significant than others, but Pathfinder Unchained gave the team a way to add something new into the mix while letting their experience tweak the balance of power a bit in the process. Monk, summoner, rogue and barbarian classes all get a facelift that makes them different than you might be used to. Not wholesale – if you enjoyed barbarians before, you should still continue to do so. But now some of the skills are easier to manage. Rage is still important, but the impact of it lowers the learning curve. These are subtle but appreciable differences.

Combat and magic see facelifts here as well. I cannot say that they make the game necessarily better, but changes such as removing iterative attacks and simplified spellcasting certainly make combat snappier. Additionally these changes feel aimed at making the barrier to entry just a little bit lower, which is not a bad thing at all. I know some people who play Pathfinder already and tend to apply their own rules to the game, not because there are inherent problems, but they just find theirs easier on friends who come over and do not game nearly as much as they do. This book is more akin to a toolbox for these kinds of players who want to try something new and make it more accessible at the same time. 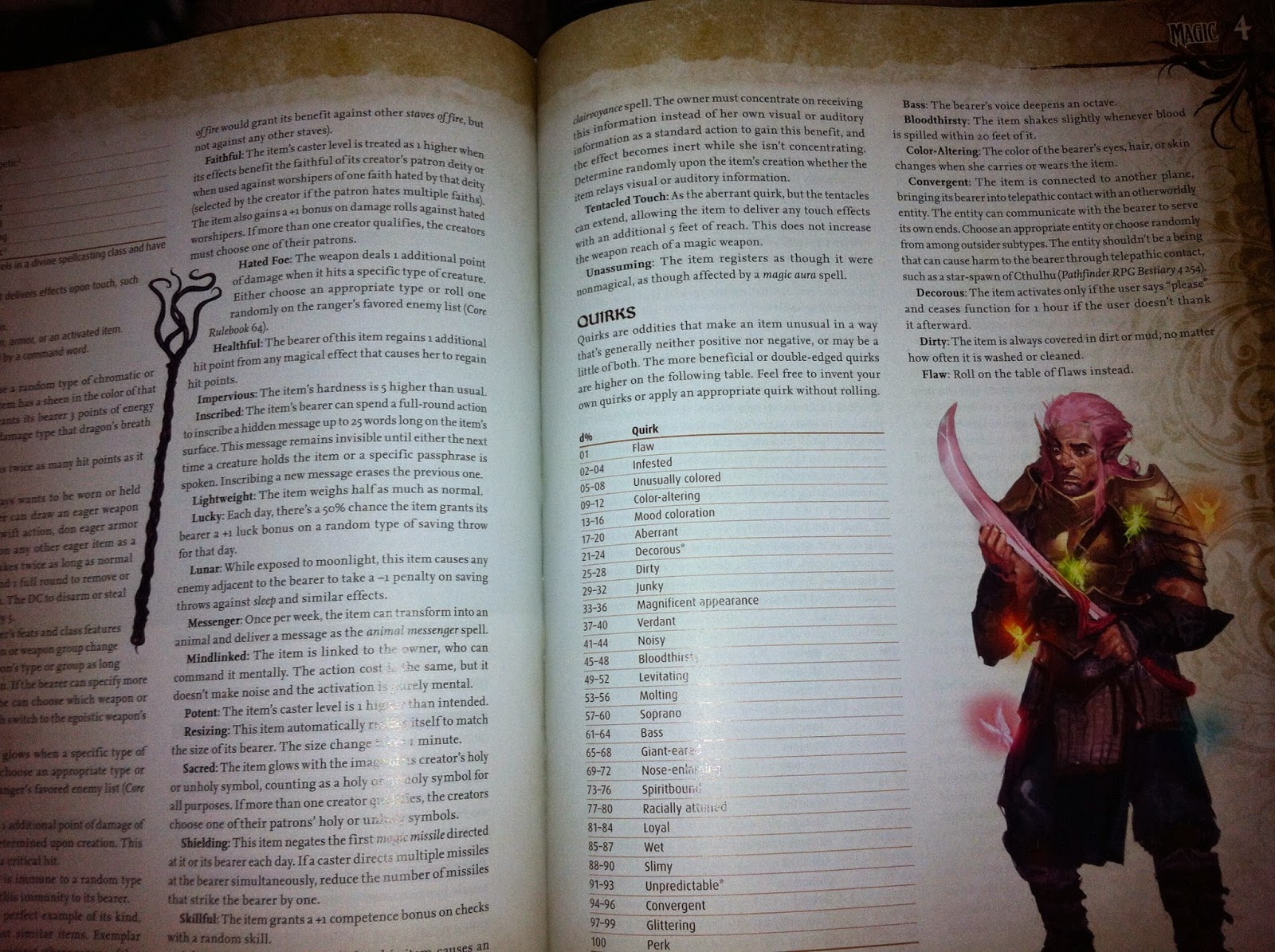 Items scaling in power really caught my eye, largely because I have a system like this already coded into my MUD from almost fifteen years ago. It handles a bit differently, but it works well all the same. It creates a little overhead for the person running the game as they have to adjust the item’s statistics accordingly, which is admittedly something done more easily on a MUD where the computations are all just handled on the back end, but I really appreciated the flavor of this particular idea.

Related to this, the item creation system is interesting as it helps to create unique and sometimes amusing items. This creation system is fairly easy to use, but the multiple challenge or check points each step of the way helps to create something that feels different when it is done. Sometimes the crafted item is fairly mundane. In some instances? It can border on hilarious.

Creation is a theme throughout this 256 page hardcover book. The last fifth of the content revolves around creating monsters. This is incredibly cool and after spending over an hour with just this part alone (after reading it), it feels surprisingly balanced and comprehensive. The skeptic in me is certain that the system is broken in places somewhere, but to the designer’s credit – nothing immediately jumped out at me. This is not in and of itself a quick process, with nine distinctive steps along the way. Thankfully steps get skipped here and there as they are not all relevant to all creatures all of the time. 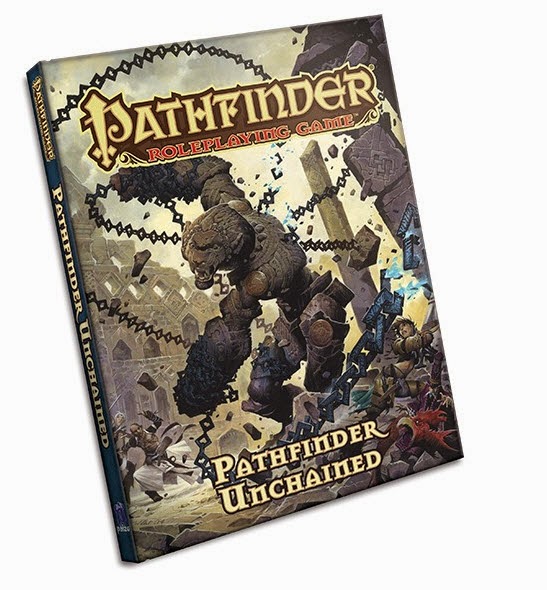 Of course, when you are talking about options – these will not all bit a hit with each and every person looking to run a game system. The weeding out of alignments struck me as a particularly odd choice as alignment feels important to the DNA of the game and seldom ever felt like it was getting in the way of things. The skill unlocks characters gain access to every five levels give things a slightly more video game feel as well. It is a nice touch, but it does not bring a great deal to the table.

This is the kind of tome best wielded by an experienced Pathfinder player who is running the session, but has some great ideas that should allow newer players to find easier access to the game. As with any tool like this, it feels more like a set of suggestions than hard and fast rules. Use the parts that fit your players or current theme and feel free to skip the rest until another time. The quality of the book and the overall set of ideas are both quite sound, but with something like this you are apt to only use parts of it at any given time. Not essential, but still very good.