Halloween may still be months away, but if the recent buzz about P.T.’s removal from the PS4 store tells us anything, gamers like their scare-fests. Well, Phantasmal should help to address that particular itch as it provides plenty of tension as you navigate procedurally generated levels. 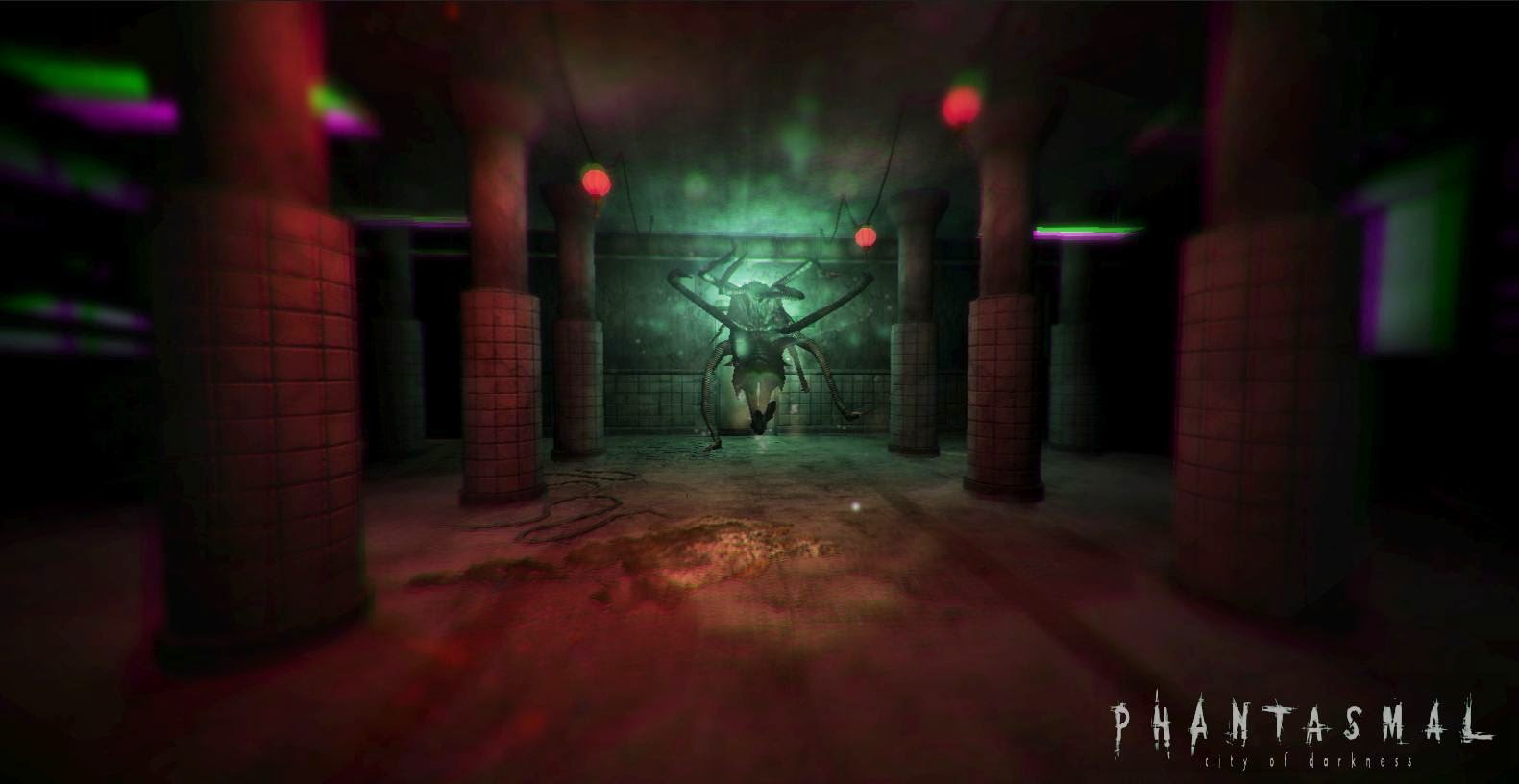 Now that the game is on Early Access, gamers can see what the fuss is all about. There are undoubtedly some subtle changes from when Phantasmal began as a Kickstarter that we talked about last year (it has more of an asylum than haunted house feel to it), but the development team has stayed focused on the goal of horror and survival. With a first person perspective that is perfect for this kind of game (I always found the camera moments in Fatal Frame far scarier and more immersive than the rest of those games or any of the chills Silent Hill or Resident Evil managed to serve up) as it puts you firmly in the boots of a person just looking to survive.

Set in Kowloon Walled City, Phantasmal makes amazing use of lighting and sound to help set the stage. Unlike many current horror games, here you can defend yourself, but it is almost counter productive to do so unless trapped in a corner. Crouching manes you are silent as you step forward. Walking upright but slowly makes you a little noisier, but nothing like sprinting does. You are certainly better off if you can creep by without being noticed, which is easier to do with your flash light off rather than on. Of course not seeing where you are going in a dark and not-entirely abandoned set of rooms is not ideal either. 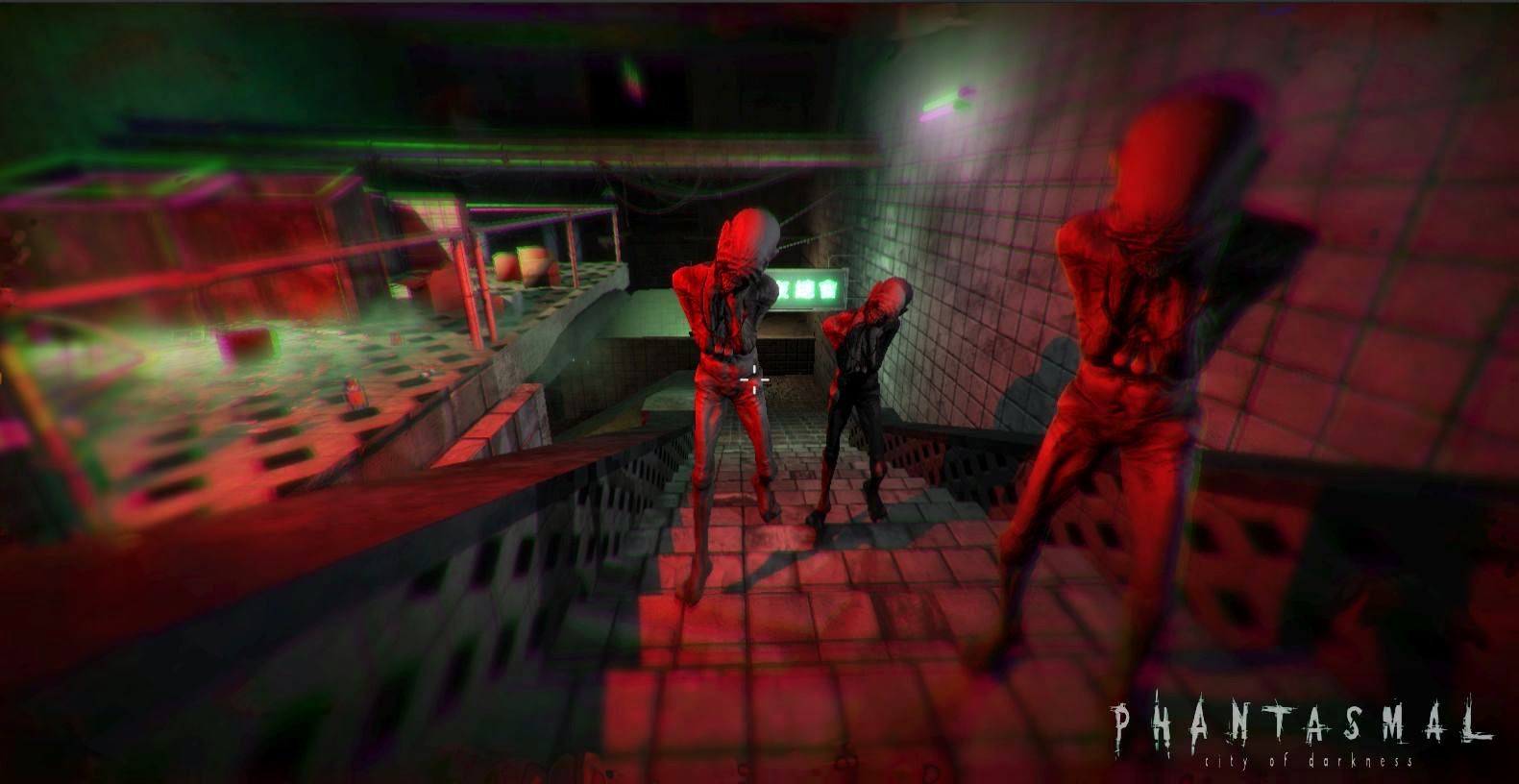 However, when creeping is no longer an option, you can use a firearm to defend yourself, but be aware that doing so draws a lot of attention to your character. Noise is key, and they mike a great deal of noise. Of course you can go the melee route if you find a suitable weapon (suck as pulling a wooden plank off of a dilapidated doorway). This is a much quieter method of subduing an opponent, but it too can generate noise and it forces you to get closer to your opponent than you may want. This is especially true because of the sanity effect that is in always in play. The more you look at a living opponent, the more it impacts you physically and mentally. Your field of vision narrows and your attacks seem less likely to hit. Getting up close and personal with these guys might save ammo, but your sanity is the new cost instead.

Make too much noise or dally for too long on a particular floor, and a haunting, tentacled beast will give rapid pursuit. You cannot kill it, and if you make a wrong turn while running? Well, it’s game over then. This is probably the biggest hitch currently – that the game does not offer any sort of a save system or option, though truthfully that does ratchet up the tension considerably. If you could just reload a prior save, getting through the levels would likely be less of a challenge.

Speaking of the levels, the big hook here is that they are procedurally generated. This means each level is new and different, making it more difficult to anticipate enemy locations, dead ends and potential scares. In theory the idea is sound, but I have yet to see these kinds of random environments completely pan out in a horror game. I think having set pieces along the way would go a good distance towards making some good, quality scares. The story that is here is pretty minimal at this point, but it has potential. 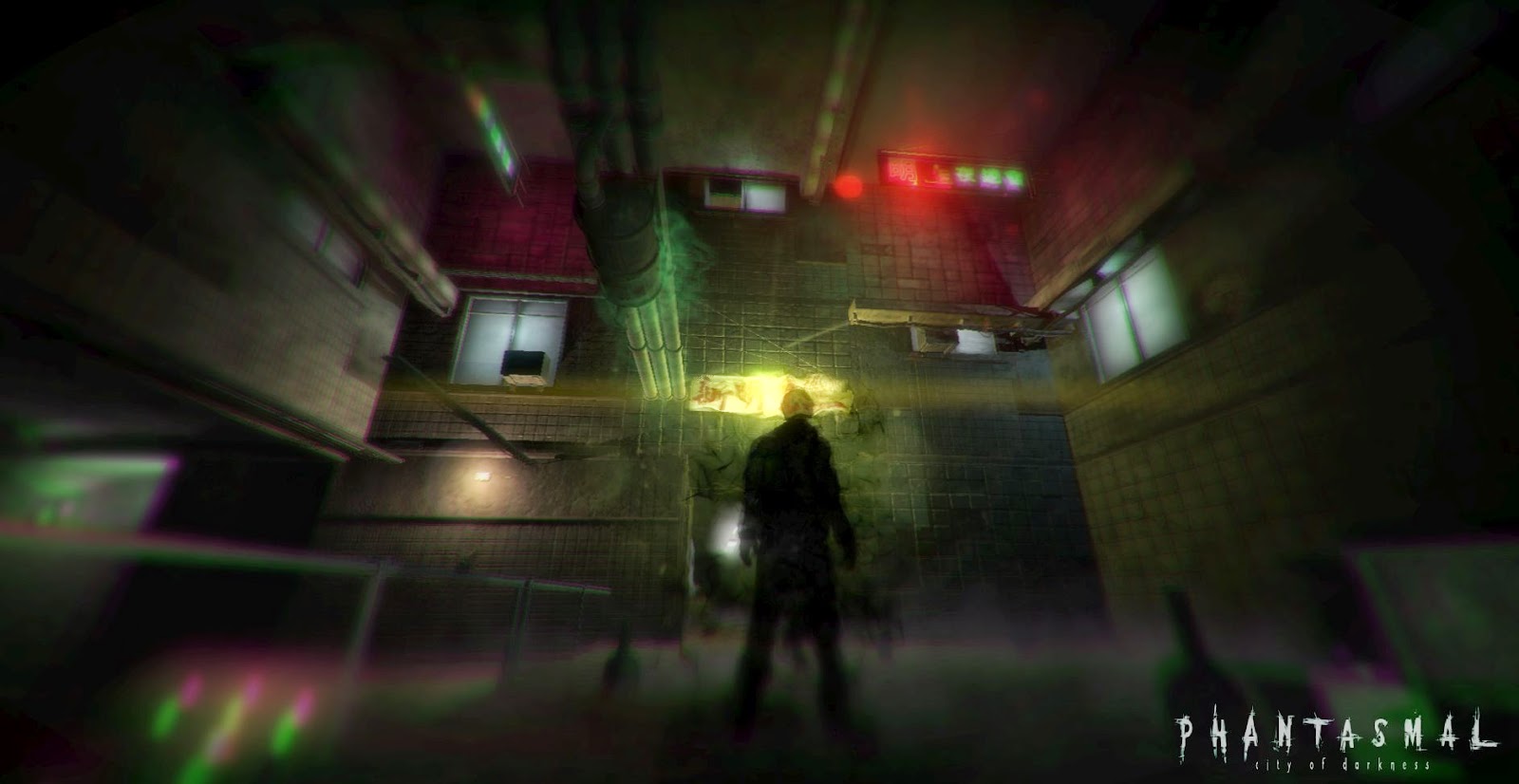 I have long thought that a game with set pieces that provide specific, scripted story and scares connected by randomized content would probably give a game the best of both worlds. Alas Phantasmal, for better or worse, is all about the procedurally generated content. That is not necessarily a bad thing, and what I have seen holds a lot of promise. I am just a little skeptical since I have yet to see a horror game completely deliver on this premise.

From a technical standpoint, there are a few things to note. For one, the lack of ability to inverse the vertical camera movement is rather annoying. For another, it offers partial controller support, but for some reason none of my controllers seem to work yet. If I change over to another game? The controller immediately works. I come back? It still does not seem to work. It is being detected as I can go into the settings menu prior to starting the game and configure those controller options, but as soon as I enter the game, the controller goes non-responsive and I can only use mouse and keyboard.

So far there is not a ton of content here, but the actual release date is still three to six months off. The engine is in place, but it will be interesting to see how putting a distinctive beginning and end on a game like this with randomized content in between pans out. As an Early Access game, Phantasmal is very polished in terms of the presentation. It will be interesting to see how the game continues to develop over the upcoming months, but for horror fans the potential is clear. 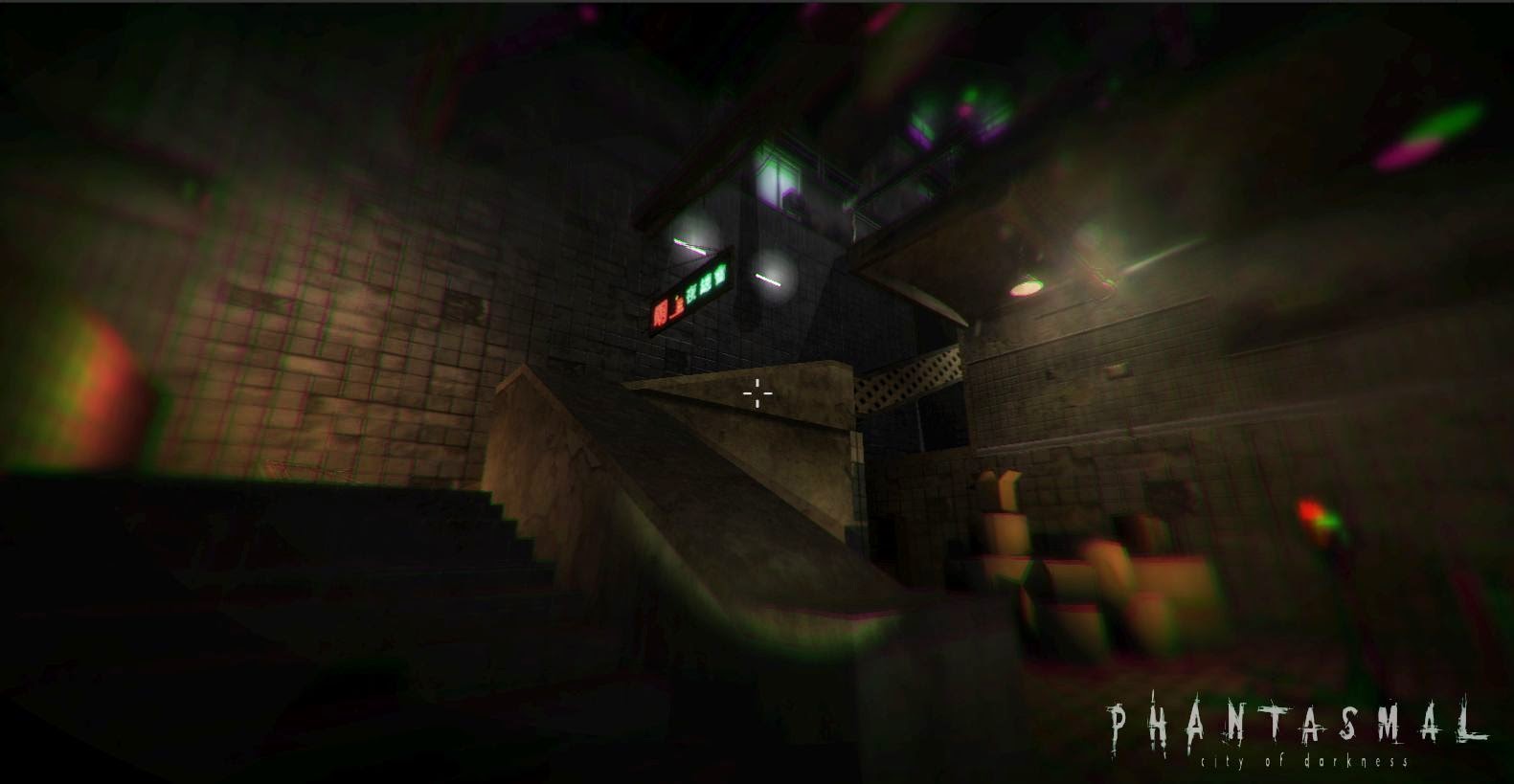