After a quick glance I had prepared myself for a return into the RTS genre after a long leave of absence. Space Colony – Steam Edition finds players building up a colony on planets with less than hospital living conditions. Not having gone past more than the description at the time, I loaded it up, got my fingers ready for fast paced actions in order to harvest materials and build up what I needed to survive. Starting everything up I came to a screeching halt. I have to what? I have to keep who happy? What do you mean they had a fight? Space Colony is so much more than just an RTS. It’s an RTS that requires your colonists to be happy to survive together. Taking in elements from game entries such as The Sims and the like, needless to say I was not prepared for that level of commitment initially. 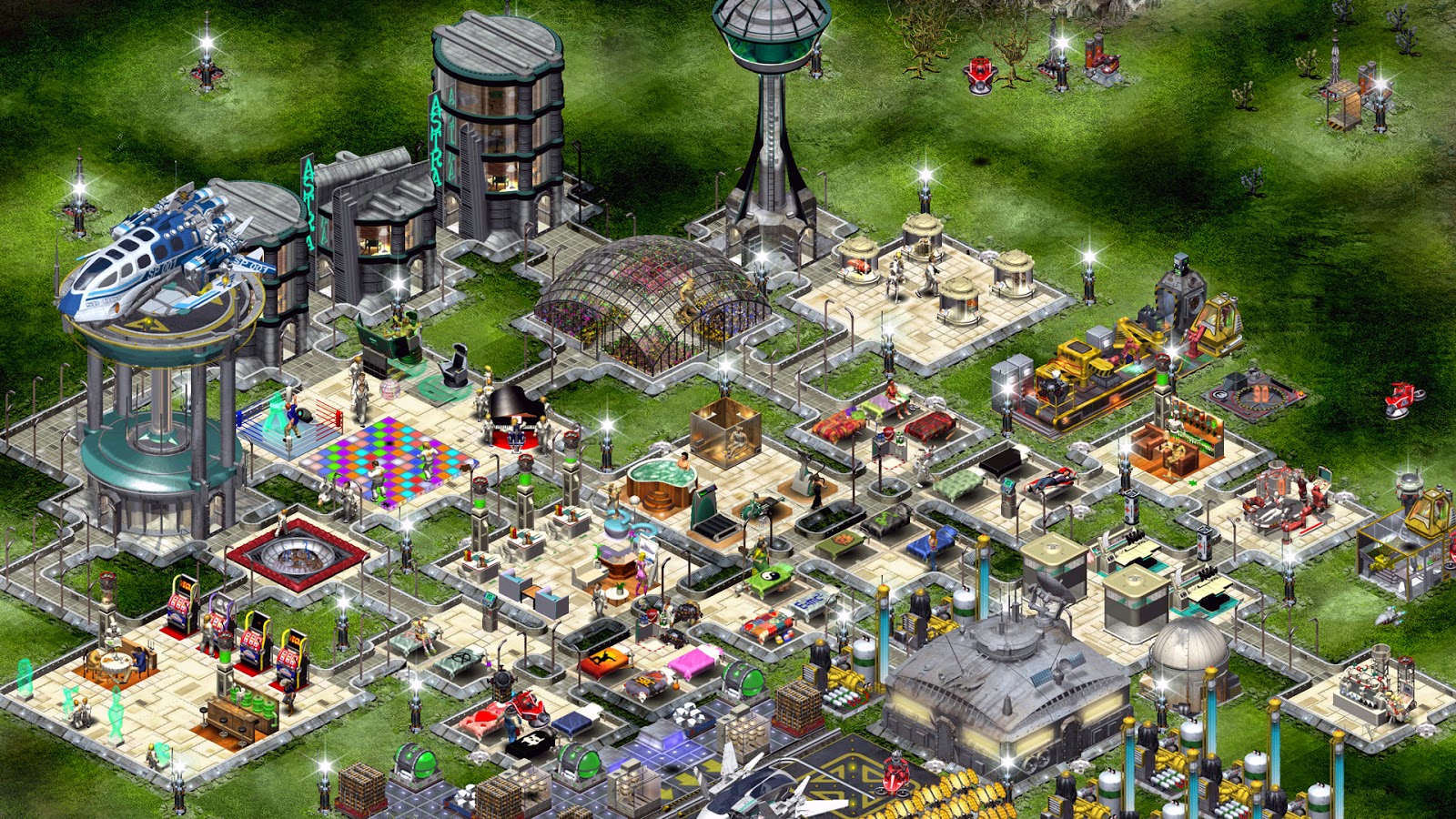 While taking me off guard at first, Space Colony does make it rather easy to settle into. Sporting an in depth and voiced tutorial to start things off, which I’m really enjoying these of late, players are given the handles that they require to operate and expand their colony. After been given the basics, players can start off a story mode which follows the actual lives and colonization of a particular planet with set objectives or instead go on their own in what amount to a standard game.

Unlike a “normal” RTS, players will find themselves in a new situation all together. Instead of sending out a massive amount of drones or un-unionized workers who have no choice or protection benefits (Warlords Battlecry 1-2-3), players to get things done will instead have to rely on the limited amount of colonists currently available at that point in time. Each colonist has their own responsibilities as well as a set of tasks that they will or will not perform. Some people don’t clean, some people don’t operate the colony’s power grid or the atmospheric systems, and some just want to work out and operate heavy machines. What they all have in common though is that they all need company, want to get cleaned, and eat food… or what amounts to food around here.

Being very different for me, it was weird at first to tell someone to “do something”. Go sit at the power station and work, oh you look unhappy go dance on the disco pad for a break there’s enough power coming in. Having to tell people what to do instead of having them automatically do things was quite the change for me but never was it a bad or a frustrating experience. Quite the opposite however as more often than not I ended up paying more attention to how each person was feeling or what they needed more than what I was actually supposed to be doing. There are a lot of things that must be taken care of manually, however there are some automatics that can happen at the worst of times which means careful planning on the player’s part is key. Tired? Hungry? The two feelings as people in the real world know are rather automatic and come around whether or not you want them to. Being human beings, your colonists will head off to bed or over to the mess hall to get what is required when it is required regardless of how far out they managed to be from the colony itself. Monitoring these feelings becomes quite key alongside everything else especially if you want to send someone off to do something further away only to have them come back two seconds later because they needed to chow down on some weird metabolic slop. For your own safety… don’t eat the green stuff in the cafeteria.

While every colonist has their do’s and don’ts, they can be set to have two tasks in a priority order at any time. This is going to be a must when extra resources such as iron and gas must be cultivated on the outside of the colony along side the local vegetation which becomes that green stuff served in the cafeteria. Each one of these has its varied importance as any harvested resource can be used to trade for extra currency to supplement the standard incoming amounts. There are times in which currency is not even a thought in the back of your mind. In others all depending on circumstances it could be your worst enemy. Needing to build a new power generator on top of a volcanic vent because the last one was destroyed and the automatic defense systems are not catch exploding fire slugs in time so you lose yet another generator and can’t afford a new one. Lack of power in this case can be classified as bad. Very bad and very scary. 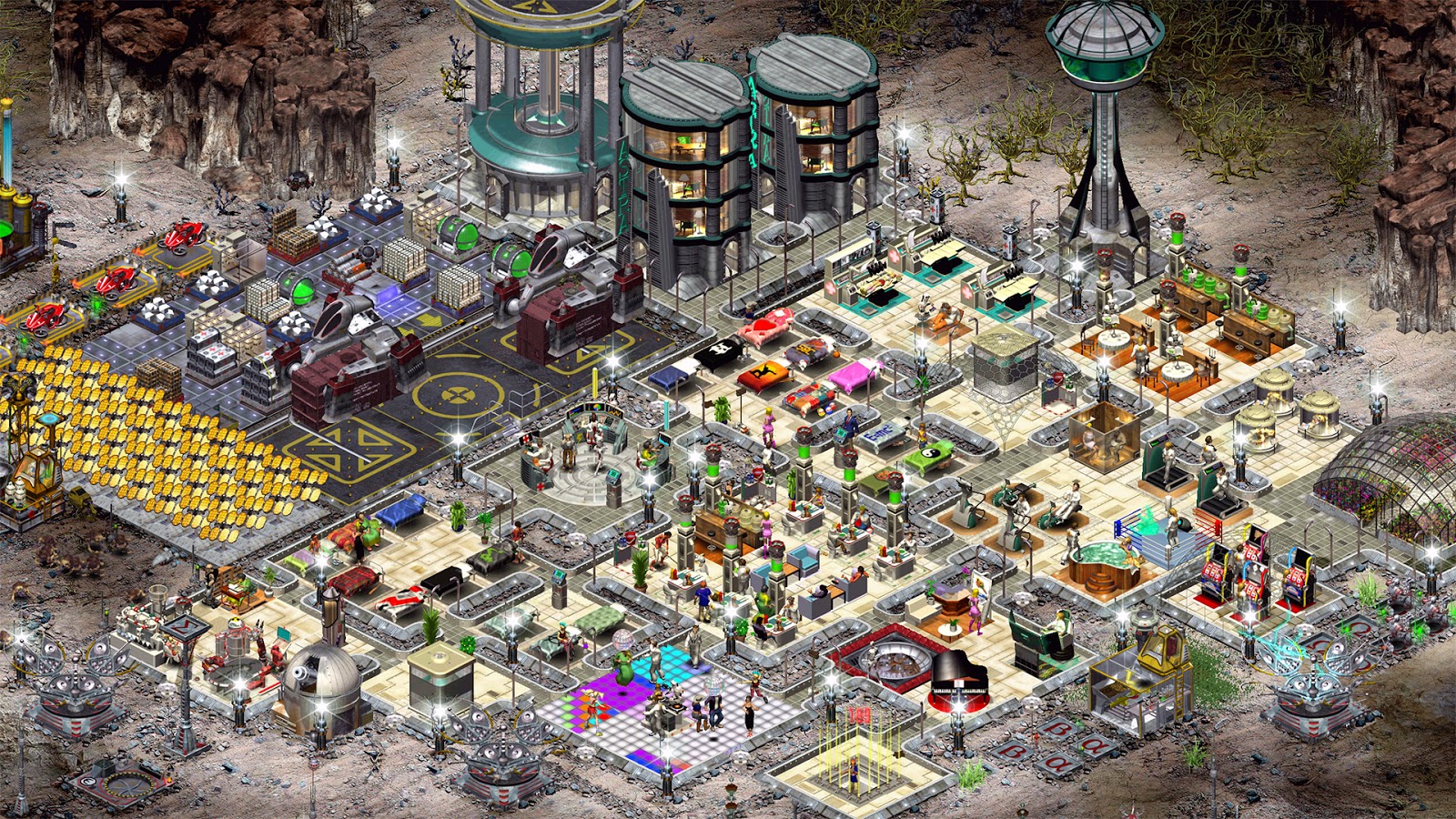 As more and more people fly in on shuttles and plan to stick around for the long run, diversification is going to become as important as solving personal problems and trying to at least keep everyone civil. Following a bit more of a realistic approach, colonists can go spend hours or even sometimes days at a library in order to learn something new. This becomes rather important as a lot of them are good at inner colony tasks but outside? There can be quite a shortage at times and one person can only do so much before needing to head back and crash for a while. Besides, as players can essentially place establishments and stations wherever they please, I saw no issues in placing the library beside the bar and the jacuzzi. Let’s just call it an incentive alongside another place to eat.

As more colonists and establishments are placed within the original sections of the colony, expansion is going to be mandatory. This can be done in many ways, but planning it out is most likely the best course of action. The reason for this is that any placed establishment, bed, workout machine, or even shower can be moved at will as long as there’s a place to put them. The actual biodome regardless of the size however is permanently stuck where it was constructed. To change the placement over by even just a foot to make it fit alongside a second one requires for it to be sold and then have a new one bought and placed where it needs to go. Even as convenient as the corridors can be when set one alongside the other to create a loft like colony instead of separate domes with connecting passageways, nothing can be placed what is essentially “inside” a corridor which is slightly disappointing at it could have made for a lot more space to play with. Instead they make you think and plan which keeps you on your toes for exactly what you can put and where. 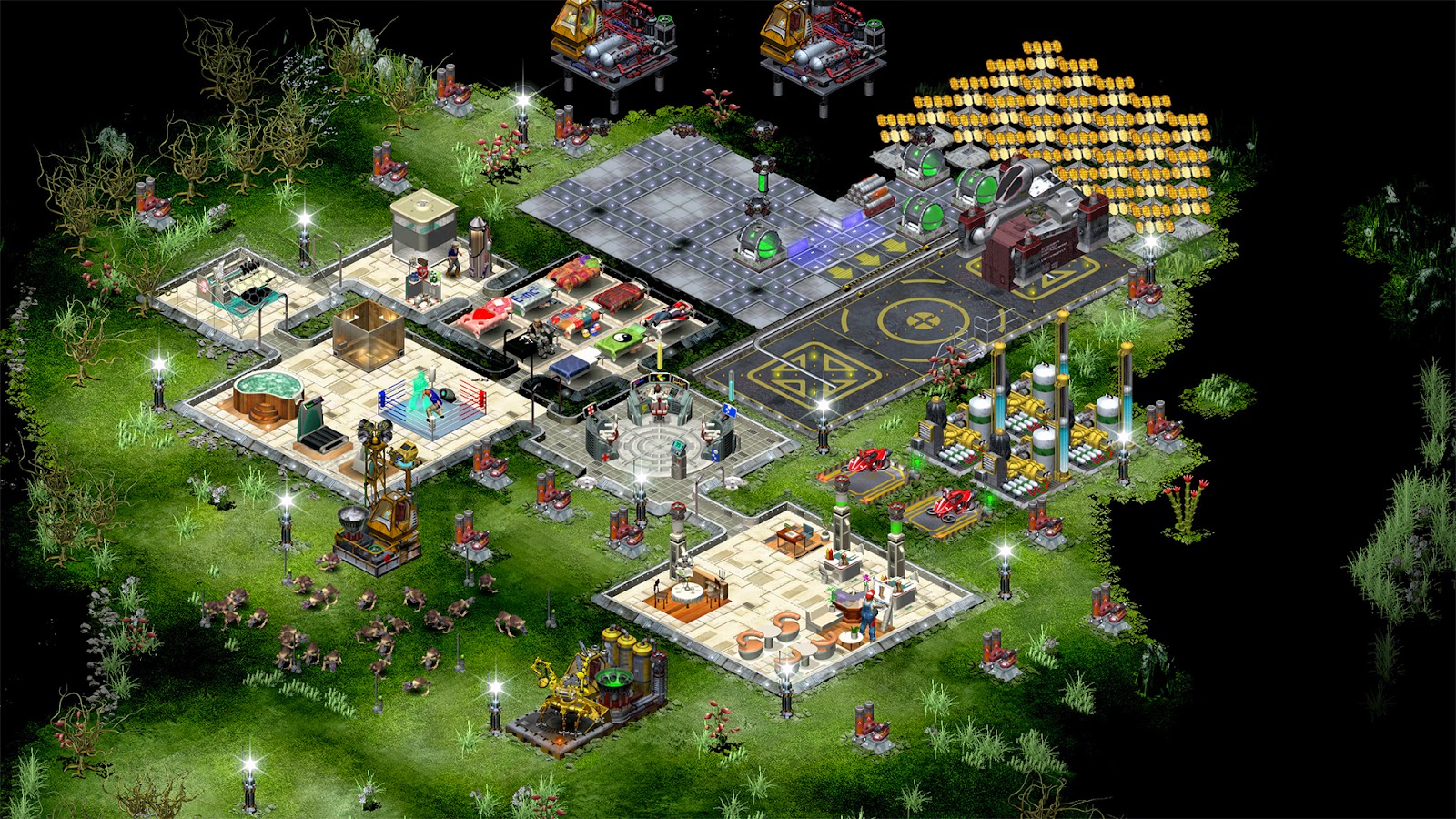 With all the features and orders that can be given to the colonists to perform their work, there were sometimes tiny control issues that could get in the way. De-selecting a colonist was not always the easiest when moving to select something or someone else quickly afterwards. Instead of the new target being selected to be assigned an action, the first colonist that had been selected was re-selected instead. This could cause some frustration in more time sensitive situations such as an O2 scrubber being destroyed eliminating the reserves that had been stocked up requiring immediate actions to be taken at the O2 station. These didn’t happen often, but when they did, they were at about the worst possible moments.

While really not being what I had expected going in and adding that I don’t generally touch anything that requires me manipulating people’s lives short of select RPGs, I quite enjoyed Space Colony. Requiring paying attention of your colonists moods, wants, and needs, added an extra level of difficulty to getting everything up and running from the ventilation systems over to the actual power to run the colony.