Toren is an interesting Arthouse title that comes to us from a Brazilian Indie developer Swordtales who even had backing from their government which is not something that we see everyday. Players will find themselves in the literal growing shoes of the Moonchild on her quest to restore the moon into the sky through a beautifully designed tower named Toren to end the stasis of time from the raging sun. 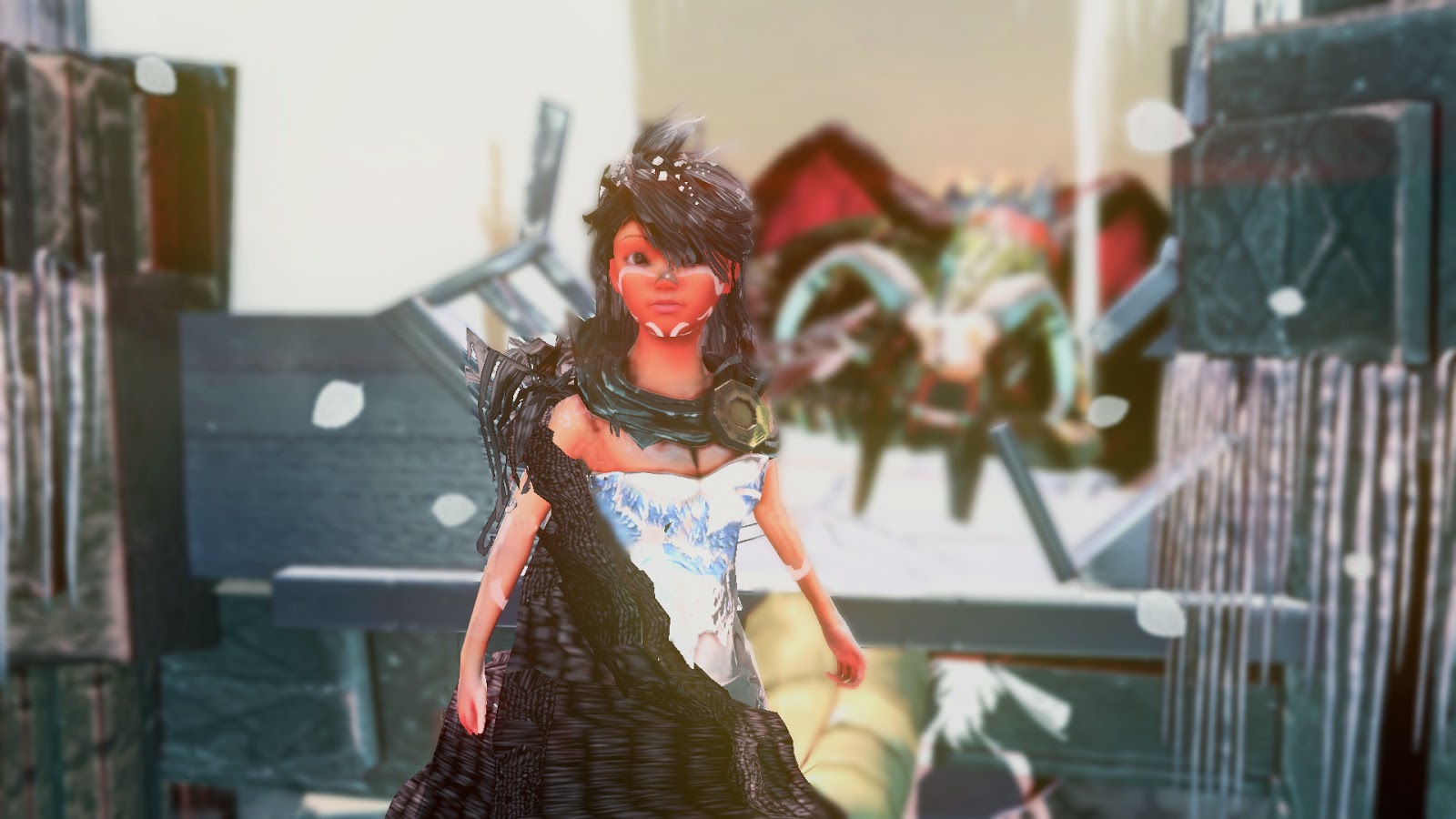 I’ll be honest that I’ve never quite seen a story like the one that Toren tells. I’ve been reading Science Fiction and Fantasy since the age of Eight. I’ve been playing games since the age of Four or Five. Not once, have I ever seen the Light play the role of Evil. It was brilliant. Toren amazingly breaking a lot of rules in this regard by placing the sun as the antagonist (Super Mario Bros. 3 does not count) instead of an element of darkness or something of eternal night.

Before going much further I want to note that Toren isn’t as much of a game as it is a story being told through the actions of the Moonchild’s adventure to restore time. Her adventure spans from her first crawling steps to her epic confrontations while wielding a blade that would make most JRPG characters proud. There are several gameplay elements but these serve only to forward the story such as moving objects out of the way, jumping over ledges, lighting fires against the cold, and tracing magical symbols with sand in order to activate them. Every one of these actions serves to move the Moonchild one step further to the top of the Toren towards her end goal. 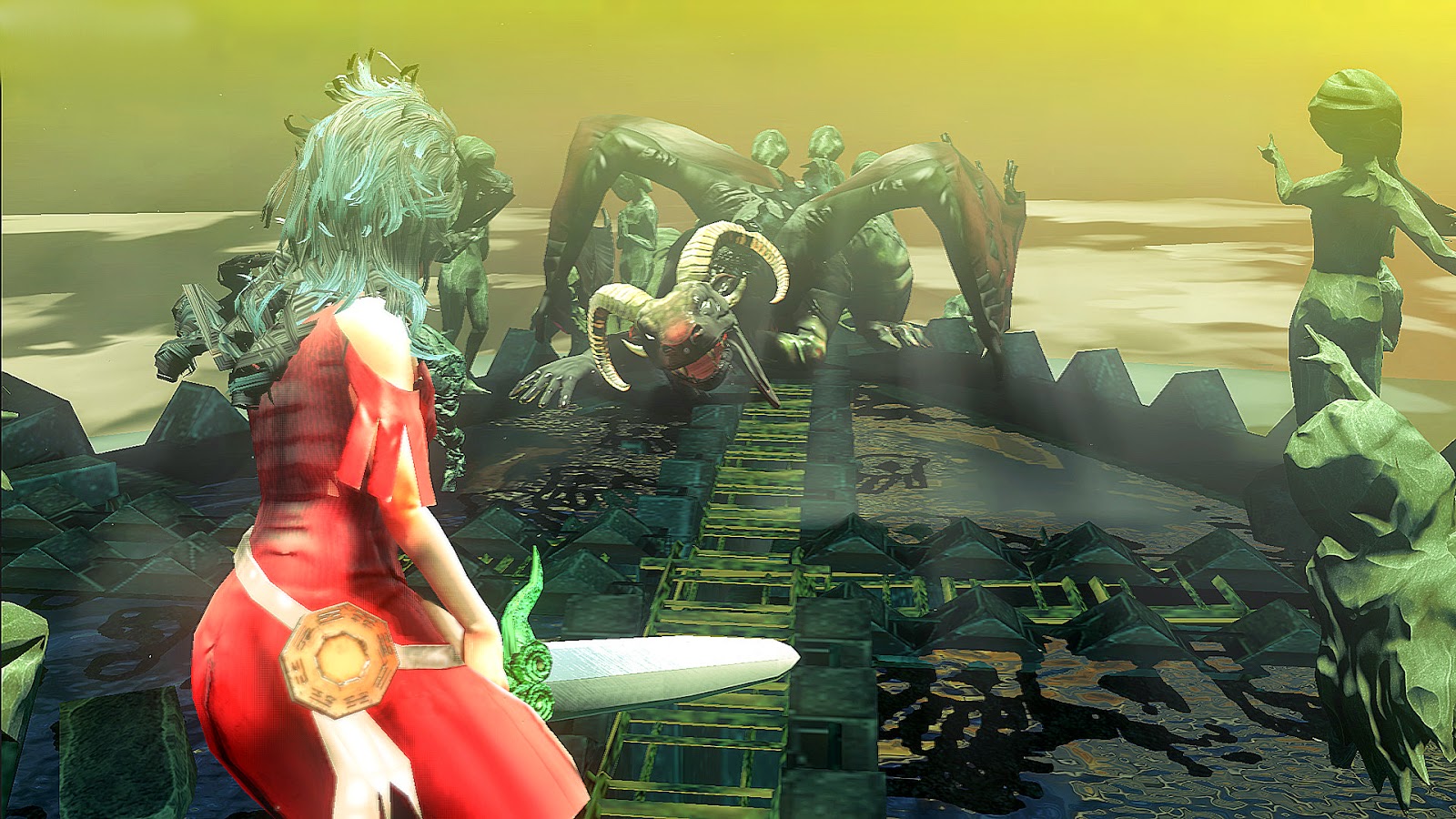 While exploring Toren one thing becomes clear. This is not the Moonchild’s first time doing this and nor will it be her last. Death is handled quite interestingly but never is it aggravating or frustrating. There are two possible ways for death to occur. The first of these two types helps see that this is not the Moonchild’s first time falling during exploration. There are moments that she will turn to stone and her life will end originally leaving you puzzled as to how this happened until you make it back to that same location only to see your previous self still there cast in stone.

These previous selves serve to aid in moving along further up Toren and were unavoidable. The second form of death can come from a bad jump, falling off a ledge while hanging on, or getting caught in dragon’s breath instantly ending the Moonchild’s life. These can be avoidable but in certain cases are also extremely helpful as I once used a previous self who had been caught in dragon’s breath to hide behind before moving over to the next safe location.

On the whole Toren is a beautiful experience that tells two separate stories over the course of one journey. For every action that completes a segment, the past is slowly revealed through screen stills with written poetry while the Moonchild’s story is told through her actions as she climbs the tower through her many incarnations. The story is not a very long one coming in around two hours for a single play through however more than one is encouraged. 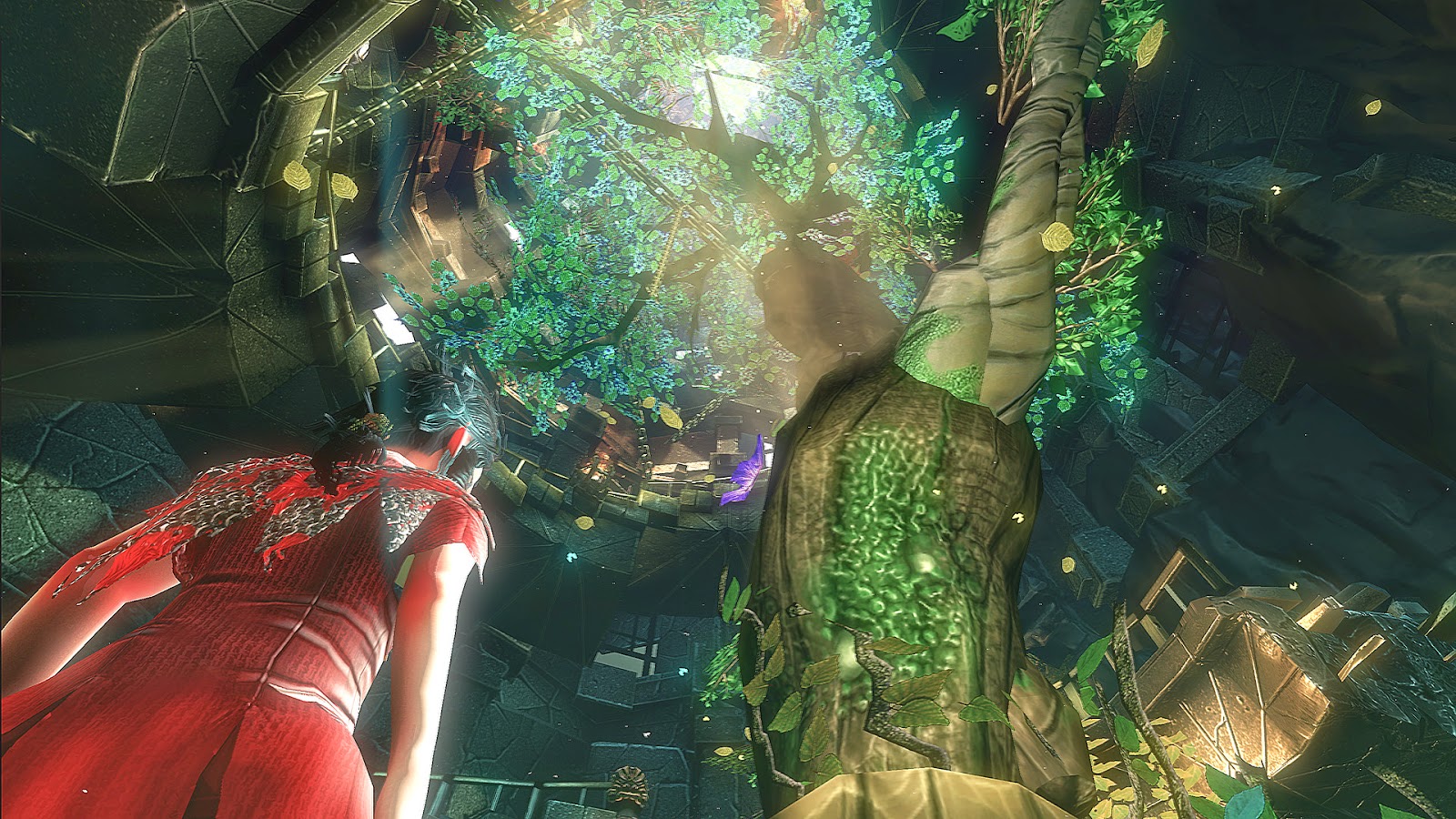 While Toren looks really good, it did suffer framerate issues quite a bit in the first third of the adventure before settling in nicely. It marred the experience a bit as it was in both the opening scenes as well as the gameplay making it hard to concentrate when the screen was going off. Once the framerate did level off they were no longer noticeable even when looking for one which made everything all the more enjoyable.

There is nothing hard or overly challenging on the Moonchild’s quest to climb the Tower of Toren to free the night from eternal day, however it is definitely worth the time to enjoy the story and how it is told. Arthouse  games seldom seem to amaze me in their storytelling, but Toren takes things to an entirely different level.