As a kid I remember heading out to the local arcade to pump quarters into classic titles like Dungeons & Dragons, Altered Beast, and Rampage but once the arcade got an After Burner cabinet all of that changed. I was able to sit down in this wicked-cool seat that rumbled with a full hands-on-throttle-and-stick system and absolutely destroy bogeys in an F-14 Tomcat. Since those good ol’ arcade days though, there have not been many arcade-style shooters; enter TimeSymmetry and Iceberg Interactive’s Vector Thrust , a modern take on the classic dog-fighting found in the beloved After Burner, though with a few added perks. Here are our first impressions. 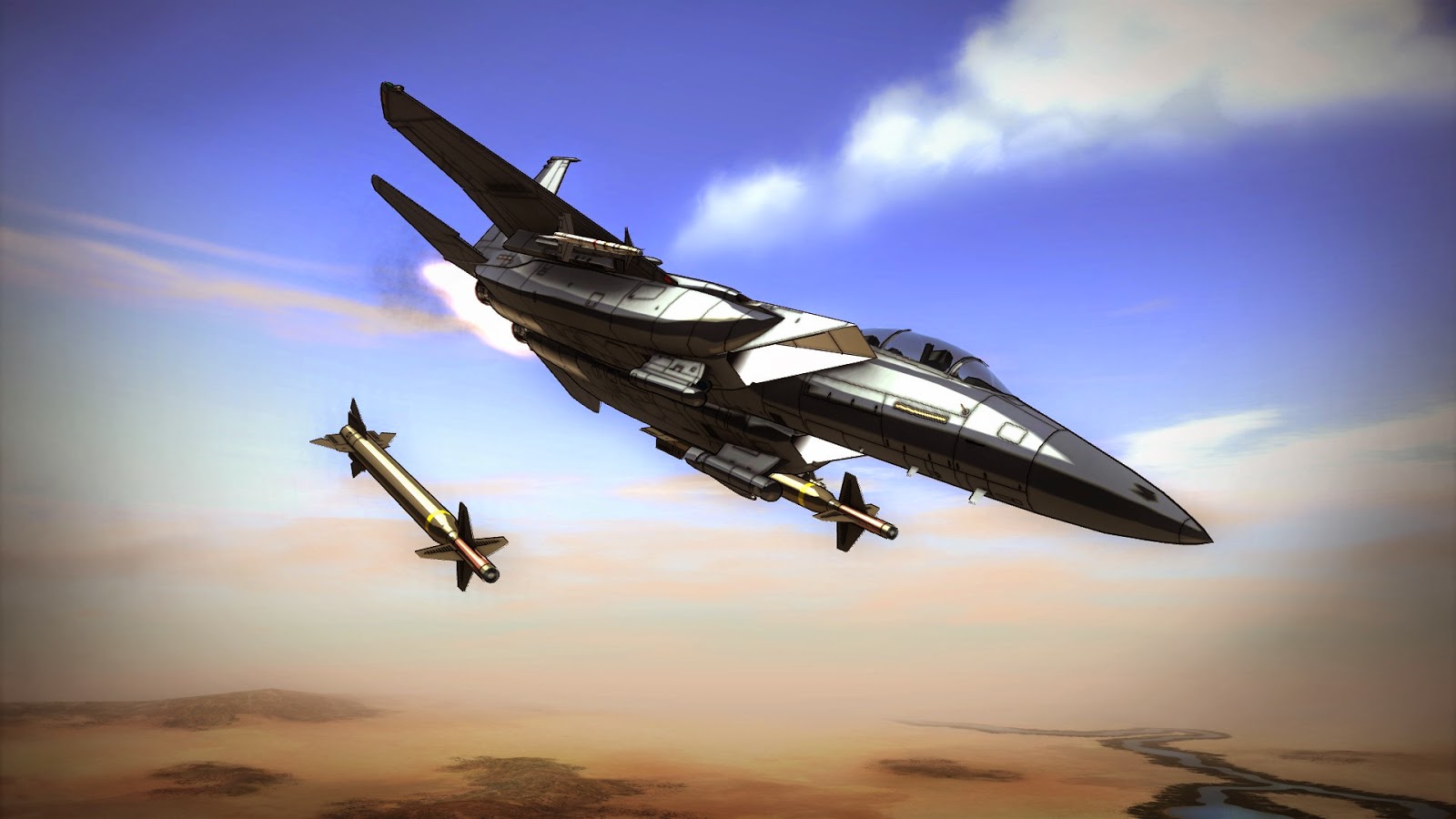 Vector Thrust has a unique graphic style that was quite popular during the PlayStation 2’s heyday as it is a mix of cell-shading and standard texture styles. Your realistically designed aircraft, ranging from F-15 Strike Eagles and the venerable A-10C Thunderbolt II (a.k.a. “The Warthog”) to any number of MiG’s, Eurofighters, and Su’s, all use the cell-shading technique which makes them really pop and quite attractive.

Landscapes, what little there are, use standard textures, though they are quite basic. Terrain, at this time, is lifeless with only brown and green splotches to denote forestry and enemy ground targets are simple squares or basic shapes (such as with enemy tents; they are small square blobs of nothingness). As with all Early Access games though, development is still ongoing so there may be significant work done to improve terrain appearance and ground target models. As Vector Thrust nears release one can only hope that TimeSymmetry spends some time livening-up the surrounding environs. 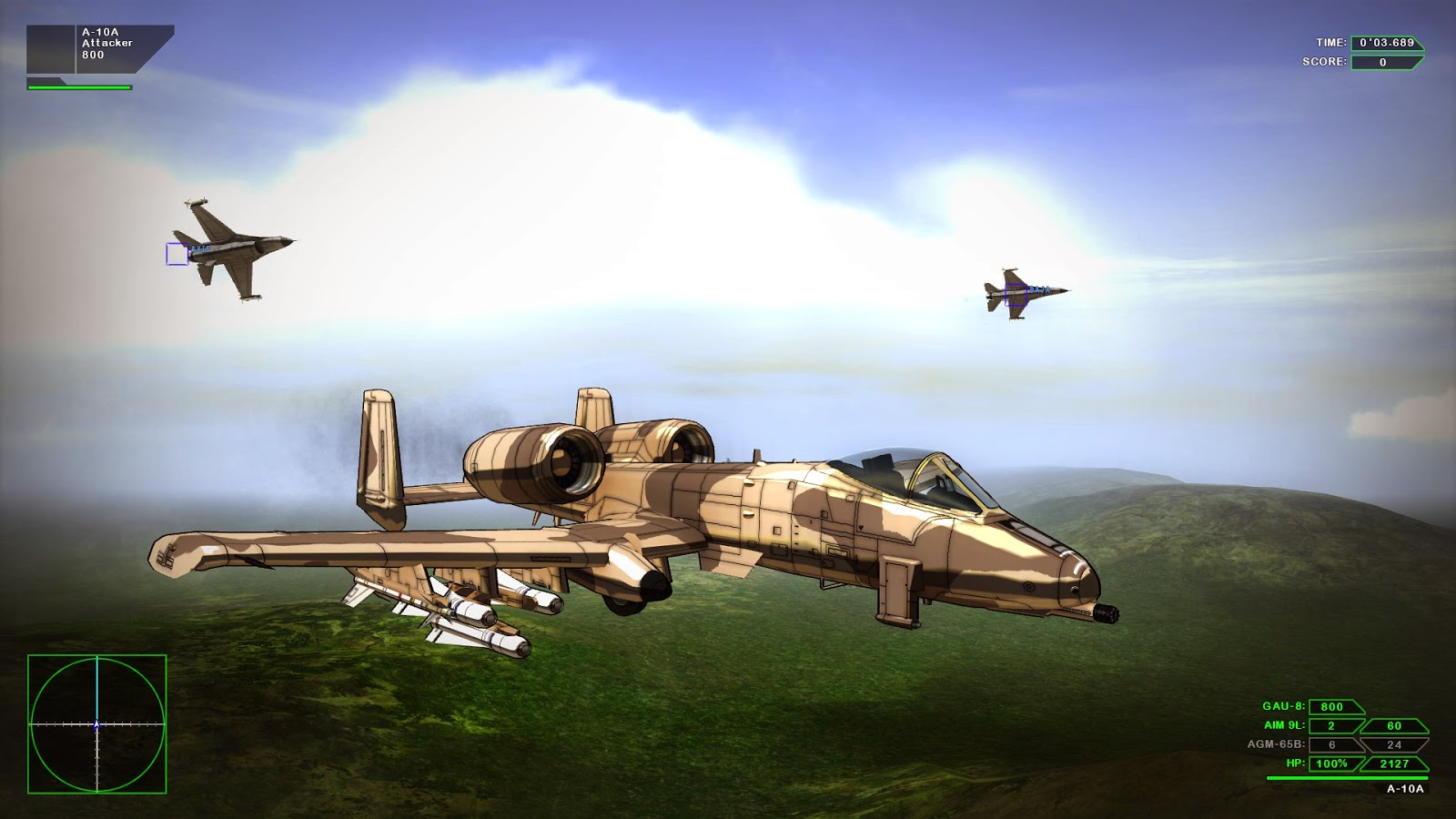 Audio is adequate, though I would like to see TimeSymmetry spend a bit more time refining the audio that they use for the auto-cannons / machine gun fire. On the other hand the various rockets, both guided and non-guided, as well as dropped ordinance have a unique-yet-realistic sound to them that results in a satisfying explosion. Amidst all of the cannon-fire and the explosion of missiles you will also find the various bleeps-and-bloops commonly associated with dog-fighting. When you lock-on with your missiles there is a solid audible tone that allows you to fire based on what you hear rather than what you see (as some dogfights can be quite intense).

The same goes for when you are the target of said missile lock-on, though it is more a blaring alarm that changes in pitch based on the missile’s proximity to your aircraft. Music is suitable harsh and fast-paced which helps lend a sense of urgency to each mission or skirmish, though with the delicious rumble of your aircraft’s thrusters you may not even hear the soundtrack.

Gameplay is as one would expect in a dog-fighting game; you chase down a bad guy, get missile lock or within cannon-range and then you fire. While it is simple in its description the execution is much more difficult than it sounds. Speed will affect the stability of your craft (if you lay on the after burners the aircraft will shake violently) as well as the maneuverability which can make some dogfights extremely intense. 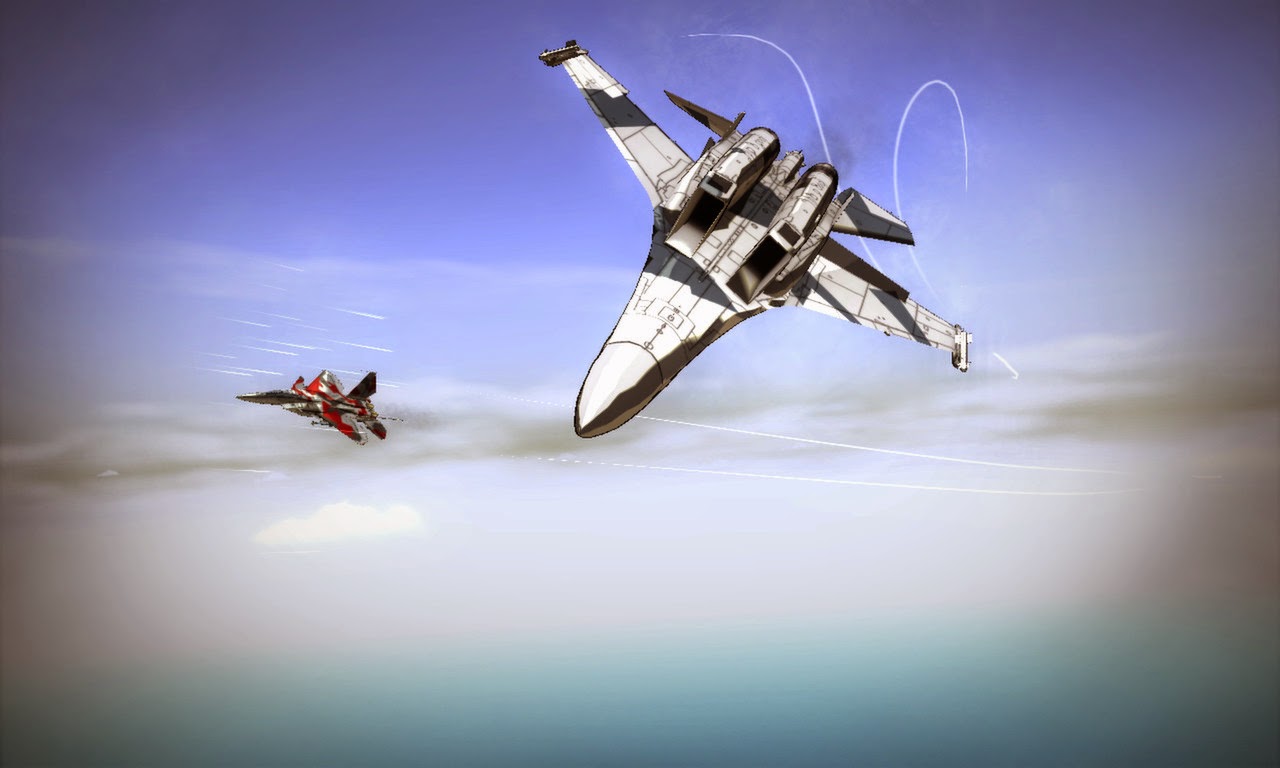 On the other hand, if you have a fast and nimble aircraft that can easily  outrun your opponent then darting off into the distance, doing a 180 degree turn, then bee-lining it straight into your opponent and unleashing your arsenal is a very common tactic that works quite well. One of the nitpicky things that I ran across has to do with the size of the locales; they are huge and at times quite devoid of life. I would love to see more enemies and more variety in each of the different locations.

Vector thrust, as it stands, is a fun game with a ton of potential. Aircraft that you can customize with different weapons (using funds that you get depending on your performance in the last sortie) are plentiful and quite attractive, even if the locations that you will be fighting in are barren and lack any real character.

Some of the audio effects are quite nice, especially once you break the sound barrier or are unleashing missiles one after another, however some of the other audio effects are simply boring. With time I fully believe that Vector Thrust could be a wonderful homage to the After Burner of old, even capable of surpassing it in terms of pure, unadulterated dog-fighting fun; you can pick up Vector Thrust at: http://store.steampowered.com/app/242130/. 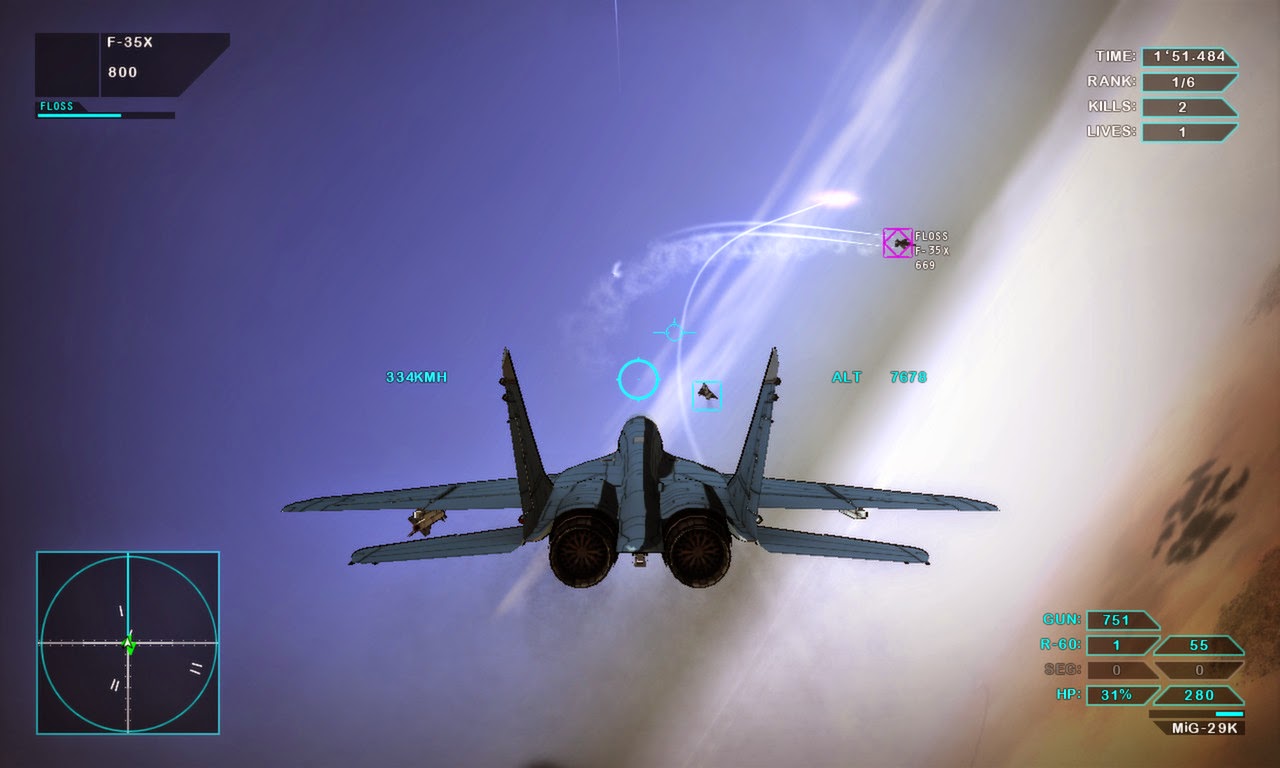