MiniGolf is one of those sports that holds the potential to be quick, fun and ideally – accessible to a wide range of players. One does not go into a game like this expecting a simulation of the game akin to The Golf Club, which is fine if you set your expectations accordingly. However, I did hope for a bit more than 3D MiniGolf managed to deliver. 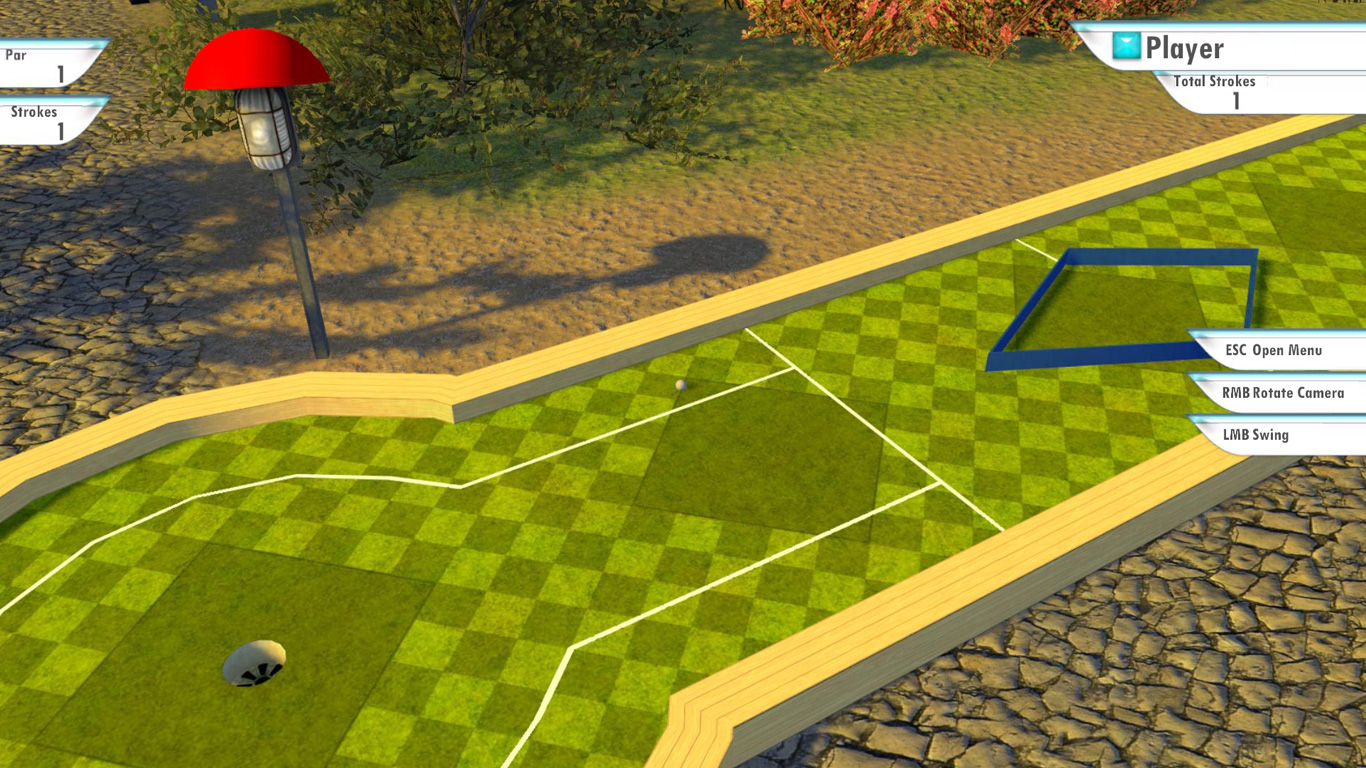 MiniGolf does not need much explanation. It is essentially the most interesting part of golf – what you are doing on a green. There are many different interpretations of this, from relatively realistic but smaller greens, to having some incredibly zany zigzagging ‘fairways’ leading up to them to the more theme park like courses that add additional obstacles to the mix.

3D MiniGolf lends itself to the middle category, with plenty of tricky shots, such as shooting over a large sand trap in the middle of your approach, or having to slink a shot around a stretch that looks more like a piece from a game of Tetris than a golf course. This is a completely reasonable and entertaining approach as three different courses are played out over a beach, camp site and a park.

The visuals are pleasant enough. Nothing earth shattering here, but shadows from the trees in the park and flowers and sand and other ambient bits of background decoration fit in quite nicely with the three different scenarios. Two basic modes – Tournament and Challenge – are presented for gameplay, with attainable medals/achievements along the way and plenty of stat tracking. 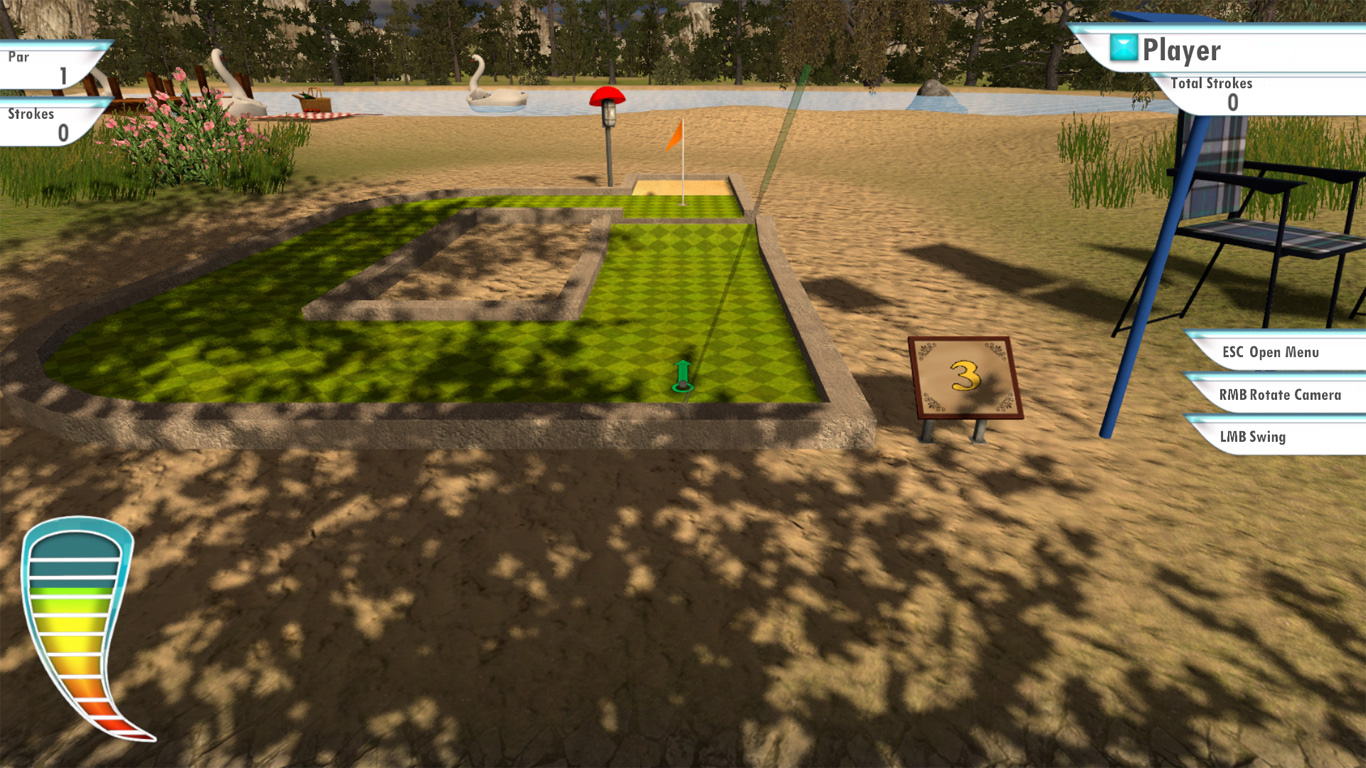 However, multiple issues do present themselves. Some are simply design ones. There is no online multiplayer, just local hotseat – which always feels like a missed opportunity in a sports title. The camera can be a bit funky to deal with as well, as you can really only look around by changing your aim. It is too easy to lose sight of what you want to do, which might be slightly realistic (after all, you cannot fly around a course), but also somewhat frustrating. The physics engine works well enough, though the sound effects and music just did not resonate with me very well. While the visuals get a passing mark from me, the audio does not.

There are also some rather odd bugs. The ball often looks as though it has a floaty feel to it. I also had some qualms with my only available camera angles on a couple of specific holes. There are a handful of bugs as well. I managed to avoid these for the most part on my first time playing through the park, but ran into a few odd glitches on a subsequent play through. The developers appear to be working to address these issues, but this title is simply not in the best of states. 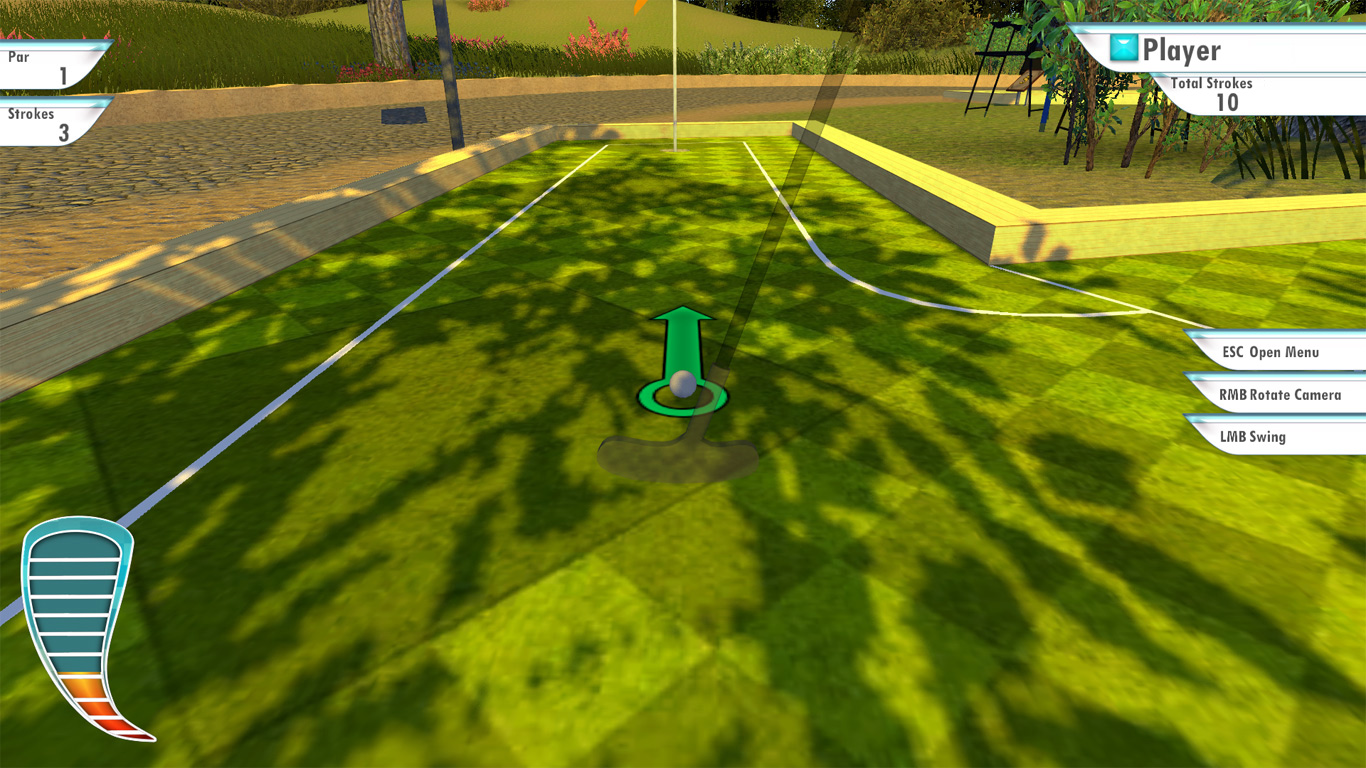 Probably the strongest asset to the game is that it is fairly easy to both learn and play. Once you get used to the camera controls, the holes are quite simple. Earning achievements is actually quite easy. Clearly this is a title meant to appeal to an entire family, so the skill levels of younger gamers has to be considered as well. I cannot help but think however, that more entertaining/zany holes could have been put together if the demographic is younger kids who are more likely to get a kick out of that sort of thing.

With only three courses spanning 54 different holes, there is not much content to be had here. This makes the lack of online competition even more pronounced. Given the fifteen dollar price tag, one could easily argue that there are better bargains out there for the price, and I would be hard pressed to argue that point. Improving your stats and scores makes the single player mode a worthy albeit brief diversion, but 3D MiniGolf just does not provide much of a reason to come back to it more than a handful of times. With some more polish and some additional courses, the value could creep closer to what is being charged currently, but as it stands right now, 3D MiniGolf is just not a very good game.