I’ve seen and played a lot of Indie RPGs over the years with a lot of them coming from RPG Makers but never have I seen one simply this ambitious. Forget saying goodbye to your parents and your hometown. Forget the idea of scaling mountains and deserts on quests for glory and fame. Fortune’s Tavern instead places you, a member of a specific bloodline, as the owner of a Tavern and its surrounding lands which have but one function. Keep an ancient and sealed Evil where it is least it break out and once again wreak destruction upon the lands. If that wasn’t enough to have to worry about, the Tavern is in need of much repair and you’ve got drinks to serve if you are going to get enough money to patch this place up. 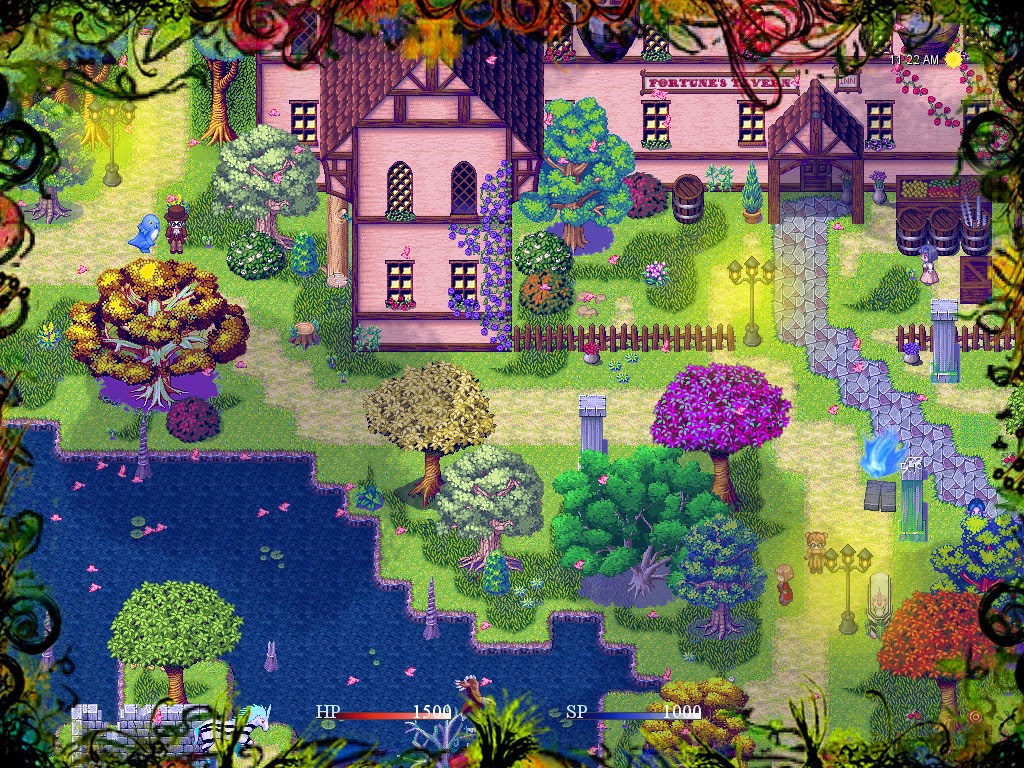 Starting off the tavern really is in quite poor repair. Being the newest person in charge there is a lot that you are going to need to take care of if you are to bring this place up to its former glory to prevent the release of the once ancient and great evil. Starting off with nothing more than several hundred dollars to buy a couple beds, quests are going to need to be completed to whip this place up into shape so that more people are going to be willing to come in for drinking and sleeping. Be prepared however as this is no easy task.

Fortune’s Tavern is definitely something different and out of the box from a standard RPG. Being in charge of the Tavern has its own merits as technically you do not need to lift a finger when it comes to taking on quests to obtain money and materials. Instead of equipping yourself with armours and weapons, a selected pet takes care of the fighting for you. These pets come in a variety of power categories that only become more efficient the stronger the rating. If the starting pets don’t quite cut it don’t worry, more powerful pets can be acquired through questing and these are more than able to hold their own and protect you all at the same time. 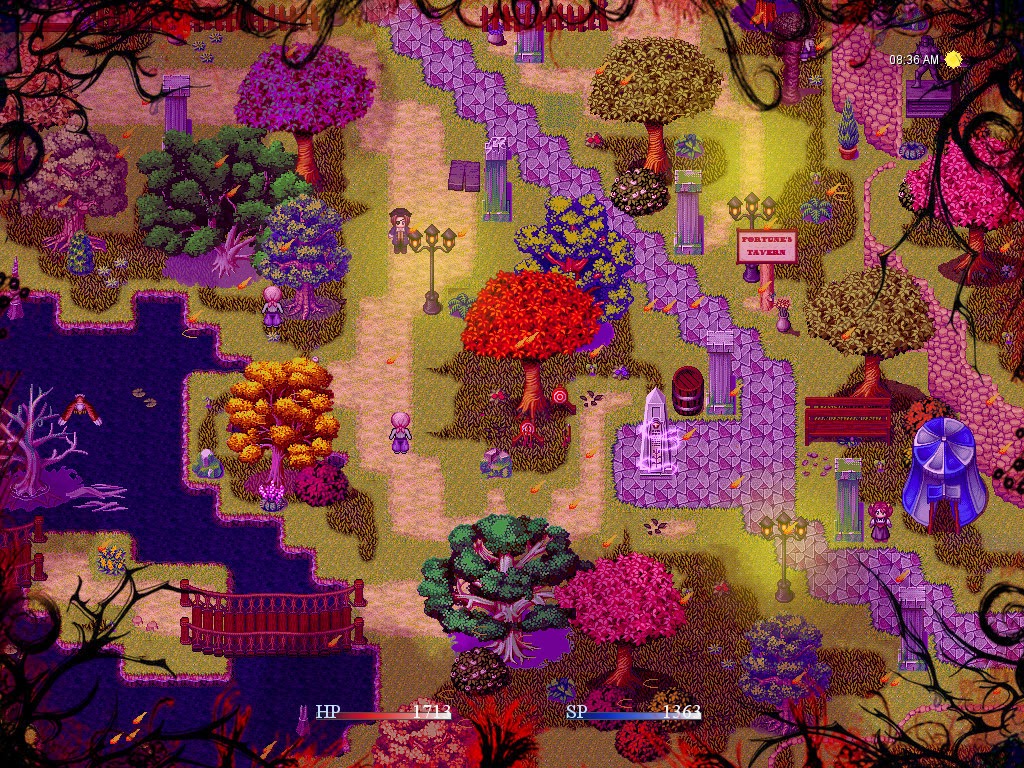 Where the ambitions really show through are on the sheer size of everything from the maps to the insides of buildings. Instead of simply moving from point to point and having the camera follow if necessary, the camera actually softly glides over before actually moving along giving a lot more of a cinematic feel to it. Dialogs have custom bubbles that differentiate between actual dialog and internal monologues and system messages for the player. The sheer amount of work and detail was amazing to look at.

Following through from the visual designs everything else also happens on screen. There are no battle intros and commands to be imputed. Instead the player simply walks across the map and if there are enemies your pet will seek out and attempt to destroy anything that would otherwise cross your path. This is a bit where things can start to fall down to a crawl at times. Because of everything already on screen there goes from being a bit to a lot of lag at times when multiple enemies show up on an already very decorated screen. At first I thought it may have just been my laptop not properly processing it all but when my desktop had the same issues both inside and out of fullscreen I saw that it was more than that. There are currently a number of issues that are being worked on to improve the performance but as of this writing those issues have not yet been solved. 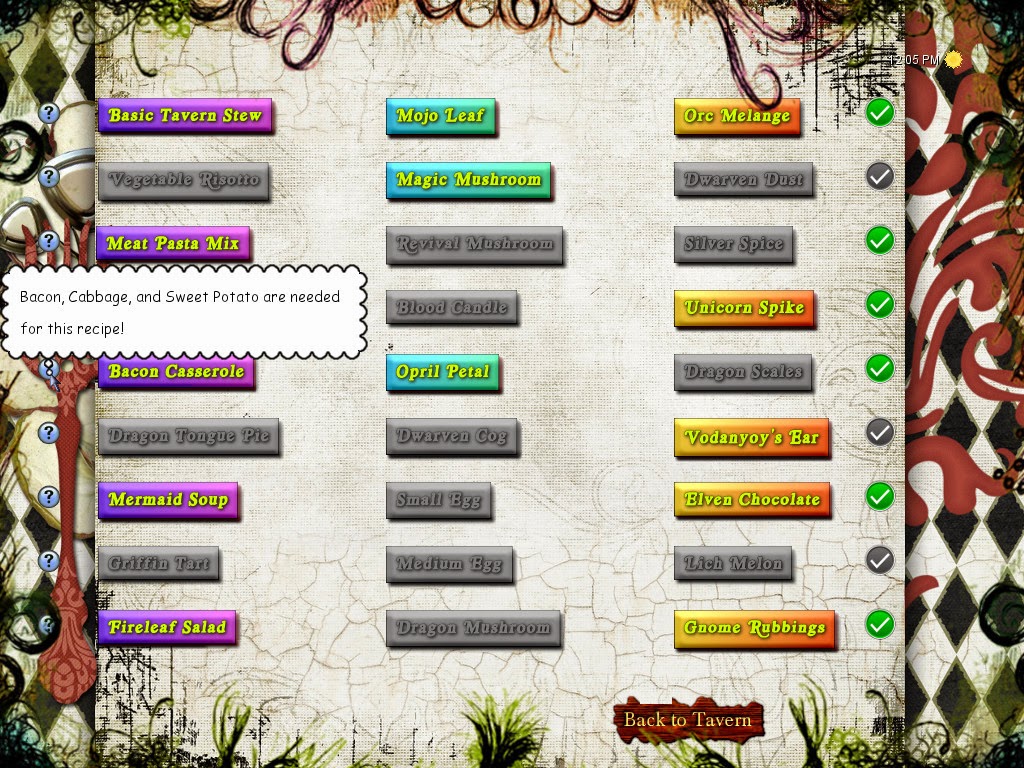 While your pets can fight for you it doesn’t mean that you are out of luck if you get separated from your pet when the enemies come calling for you. Given to you while starting off for defensive purposes is a rune that allows for the casting of a very useful and flashy fireball. This spell isn’t free to cast and should only be used in worst case scenarios but sometimes those can include terrible AI choices where your pet simply pushes against the enemy instead of attacking. Because there are no menus, there is no way to modify a pet’s behavior or adjust its commands. It could just happen out of the blue that a pet currently going to town on the enemies would just stop with no way to get them to continue the fight and having to exit the area because there is not enough magic power left for you to cast a spell and defeat the enemies.

Overall Fortune’s Tavern has a lot of potential as it is still be worked on however the issues that can occur make it hard to enjoy at times. The shear lag and inconsistent pet and ally AI made it frustrating at times especially when no mana was left to launch a fireball in order to take care of things yourself. I hope to see more fixes in the near future and see Fortune’s Tavern live up to its ambitions. That being said, because Fortune’s Tavern is still being worked on to fix the issues that it currently has, I want to revisit this in a little bit of time because it has a lot of potential with everything that it set out to do and I would really like to see it pull it off.