We at Chalgyr’s Game Room are fans of the JRPG genre and when we see titles release for the oft-forgotten we all tend to squee with joy a bit. While consoles, especially portables like the 3DS and Vita tend to enjoy the largest library of JRPG games, the PC has been slowly getting release after release of JRPG franchise. We have had the pleasure of reviewing all three Agarest titles as well as the stupendous Trails in the Sky; we also had the pleasure of reviewing the first Hyperdimension Neptunia title on the PC back in February of 2015  and while there were a few hiccups and flaws throughout the game, it was still a solid entry that expanded the JRPG library on the PC. Today we take a look at the direct sequel, Hyperdimension Neptunia Re;Birth2: Sisters Generation. 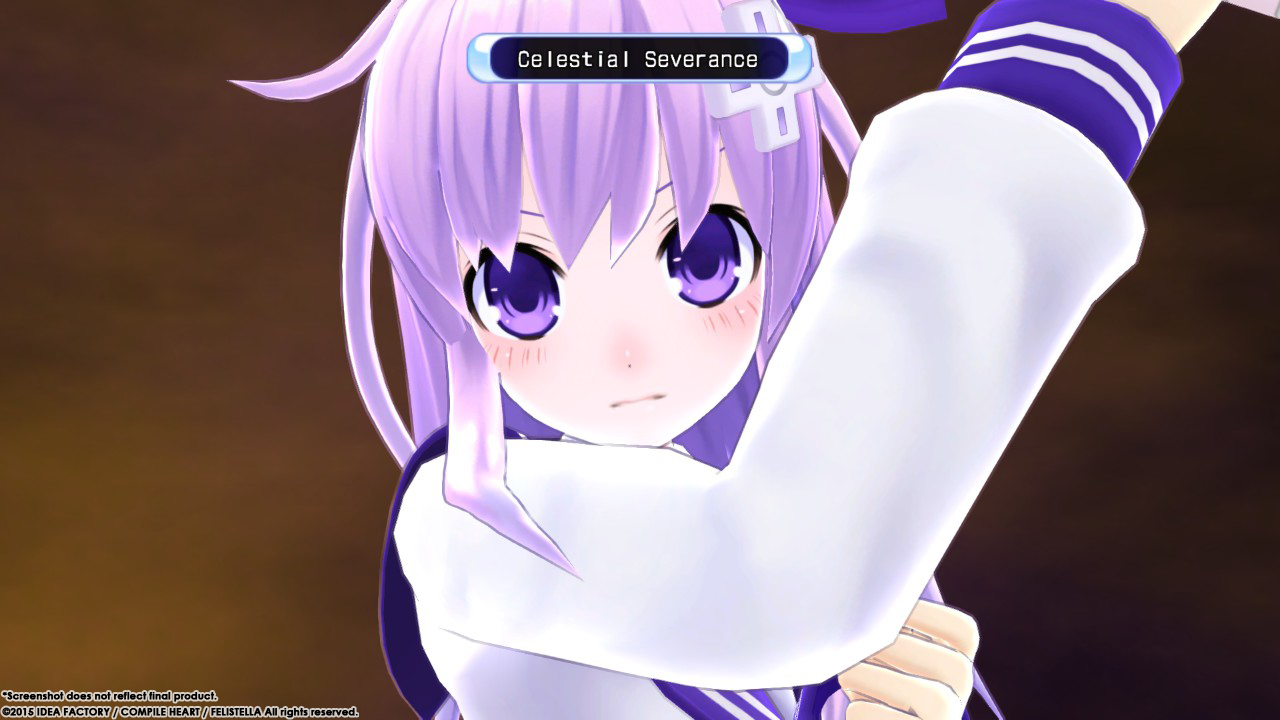 I would like to start off with a quick not about the title… The Hyperdimension games have some of the strangest naming conventions for their games, second only to the Kingdom Hearts franchise (Re;Birth2 is odd, but I find 358/2 Days or Birth By Sleep so bizarre I have to stare at the names to even get a sense of what is going on there), though that is a becoming an increasingly common thing in Japanese games. Some titles are getting out of hand, regardless of their medium; I mean,  come on, with titles like the recently released

“Summer-Colored High School ★ Adolescent Record – A Summer At School On An Island Where I Contemplate How The First Day After I Transferred, I Ran Into A Childhood Friend And Was Forced To Join The Journalism Club Where While My Days As A Paparazzi Kid With Great Scoops Made Me Rather Popular Among The Girls, But Strangely My Camera Is Full Of Panty Shots, And Where My Candid Romance Is Going” things are just getting out of hand. Fortunately Idea Factory has not gone that far (yet) but man, someone should really reign in the producers and directors of these games before the titles get even more out of hand.

One thing to note before I dig into the review is that Hyperdimension Neptunia Re;Birth2: Sisters Generation is a direct sequel and it is essential that you play the first game before getting into this latest release by Idea Factory. 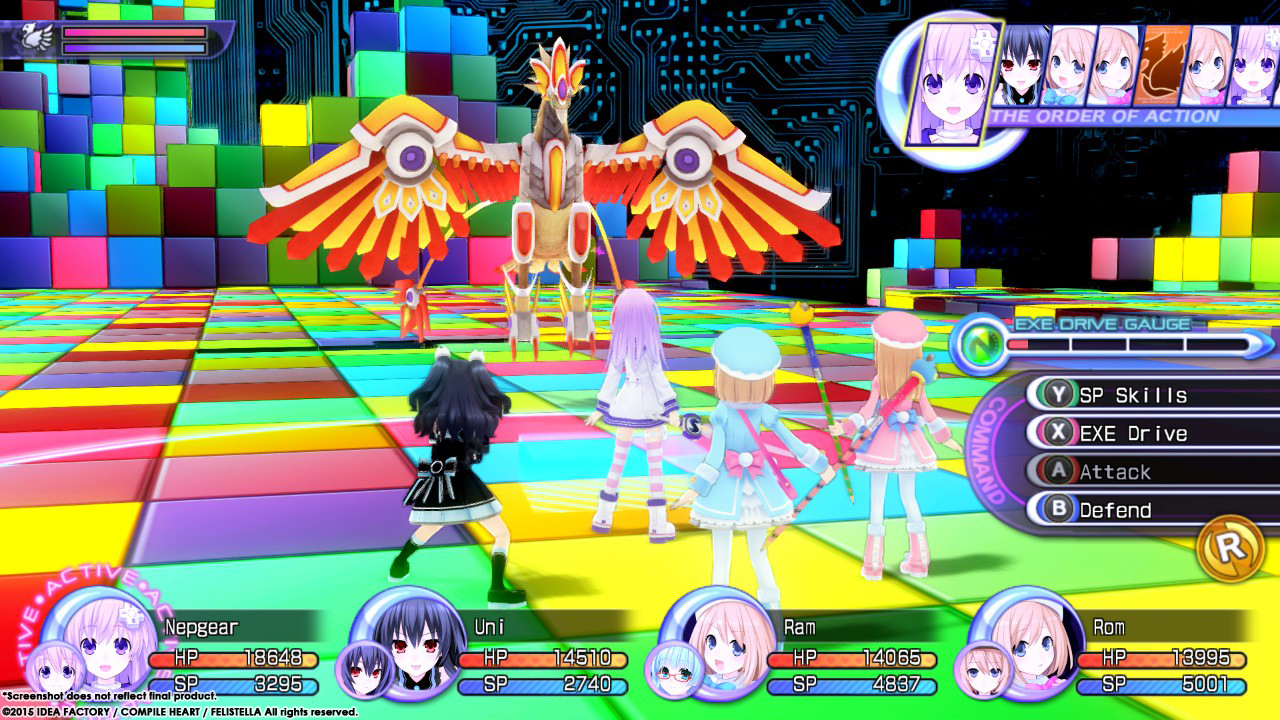 With that out of the way I have to say that Re;Birth2 is certainly a stronger game than the first. While I enjoyed the first title I was not quite as attached to the overall game as I was with the direct sequel. Sisters Generation takes place three years after the end of the first title, though the way that Idea Factory presents it is clever which makes it feel like you literally end the previous game and start the first with relatively little break between the two. With a handful of new characters (as a few have been removed, like Gust and Nisa), you are tasked with combatting the evil conglomerate ASIC and along the way as NepGear you will need to rescue the core CPUs from the Gamindustri Graveyard. While I thoroughly enjoyed the graphics of the first title, Re;Birth2’s seem sharper, more crisp and it certainly runs at a smoother framerate than its predecessor and that is a big win in my book. On top of the smoother framerate, the animated avatars in Sisters Generation seem cleaner and more smoothly animated than those in the other Hyperdimension games which shows that Idea Factory put a bit more time and care into their most recent release.

For those that played the first game, or rather any Hyperdimension titles, combat, upgrading, and the Lily Rank will feel instantly familiar as it has not changed at all. I was quite pleased to just be able to pick up the game and go with it without having to relearn anything as the first game was simple enough in its turn-based combat and basic relationship-building features. The old adage “if it ain’t broke, don’t fix it” applies here and Idea Factory fortunately did not tamper with the core concepts of the series. Instead they spent the time and resources improving the voice acting which this time around was cleaner and easier to enjoy as it appears that the actors are all a bit more experienced. The background music is just as poppy as the previous titles and fits right in with the overall aesthetic, though I did find that it seemed a bit loud but a quick visit to the settings page addressed that so no real harm was done. 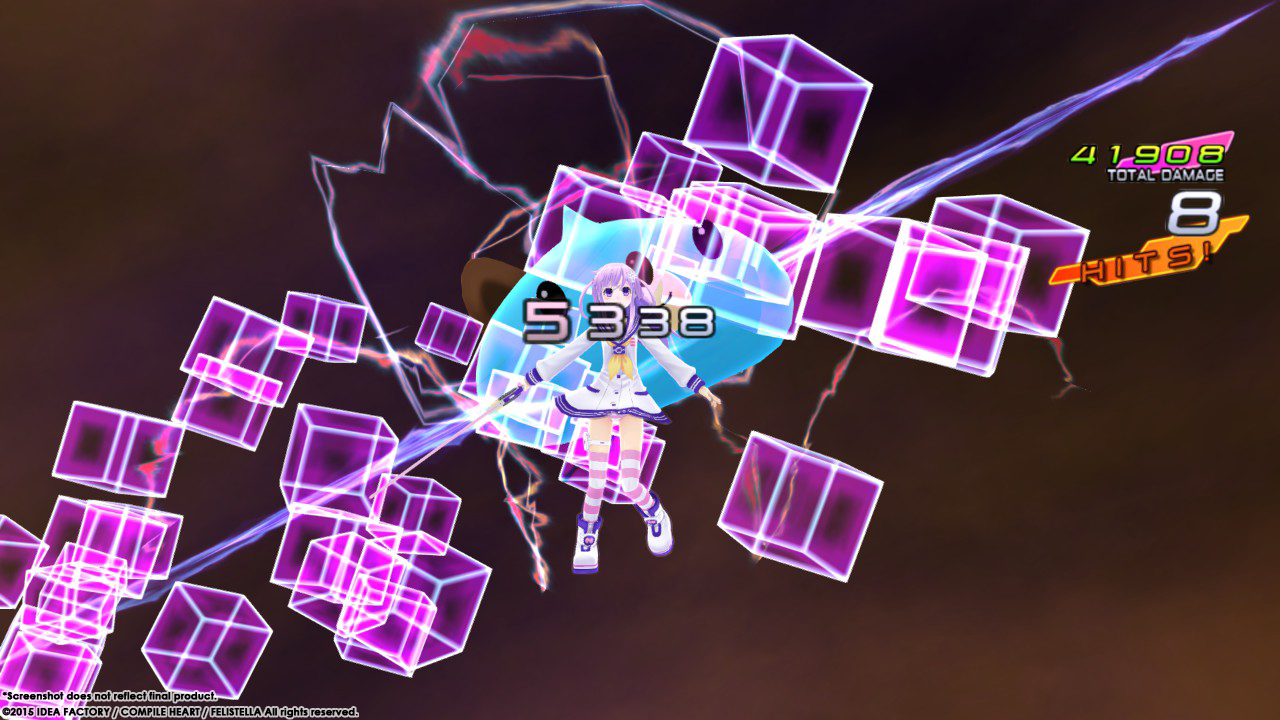 Like the first game, Re;Birth2 has a strong focus on humor and fanservice and in this latest iteration I had more than a few gutbusting laughs and rewarding … imagery. One recurring theme that you can find in Re;Birth2 is the stance on piracy; simply put Idea Factory is stabbing at software piracy every turn they can get and they have some campy ways of doing things and it is simply splendid. Whomever it is that writes the content over there is a pure genius. As a whole the Hyperdimension games tend to go through and poke fun at the various rivalries and issues in the gaming industry and it can be as subtle as a quip here or there or in the overall moral of the game and it never gets old.

Hyperdimension Neptunia Re;Birth2: Sisters Generation is an excellent release that builds on the story and characters of the original title in a way that is both deep and fun. Using humor to address some of today’s largest problems in gaming, as well as a solid focus on fairly traditional JRPG gameplay, Re;Birth2 took everything that Re;Birth gave us and does it better. It truly is how sequels should be, a continuation of a previous title with more improvements than changes. Not once did the game ever feel stale which is partially due to the increased challenge of the game as a whole (it is far more challenging than Re;Birth without being head-smashingly difficult). Hyperdimension Neptunia Re;Birth2: Sisters Generation is a sequel done right.