comments Share
You are reading
Inside My Radio – PC Review

Inside My Radio has taught me something very important for someone that says that they love rhythm games; I have horrible rhythm. Think you have rhythm just because you are good at guitar hero or DDR?  Imagine playing those games without the shapes scrolling towards the ‘hit the button now’ bar.  Still sounding too simple? Add in the fact that this is a platformer. Now we have added something a bit more unique to the mix. So imagine a two dimensional platformer akin to Mario, Thomas Was Alone, or 100,000 indie games hitting the market lately. The controls are simple, smooth, responsive, but there’s a catch: you can only ground-pound, dash or jump on the beat. Why? Because if you do it before or after the beat, your character will grimace horribly and do absolutely nothing at all.  This makes timing absolutely crucial to success.

While almost all platformers require a sense of timing, Inside My Radio definitely adds another dimension to it. If this mechanic sounds frustrating, that is because it certainly has the potential to be. Fear not, however – they have an a dummy-setting for people like myself who seem to be lacking the rhythm to succeed. What this does is allow two circles rotate around your character, and when they meet, it is an indicator that it is a beat. The key selling point to this game is not the story, it’s not even really the responsive controls that were done just right, or the way that it adds new environment items for you to interact with at a steady pace, but instead, the music. Ranging from what sounded like 80’s funk to rock, touch of electronica, I enjoyed listening to this game more than I truly appreciated playing it. That is saying something, given that I thoroughly enjoyed the gameplay.

One of the other hooks meant to keep you interested are the puzzles built into Inside My Radio. Naturally these puzzles are built around mechanics related to the beat, only interacting with an item on specific beats, instead of simply every one. Changing hazards such as disappearing platforms are trained into your brain like one of Pavlov’s dogs, wherein you hear a specific sound byte and you know you need to jump by the end of it. 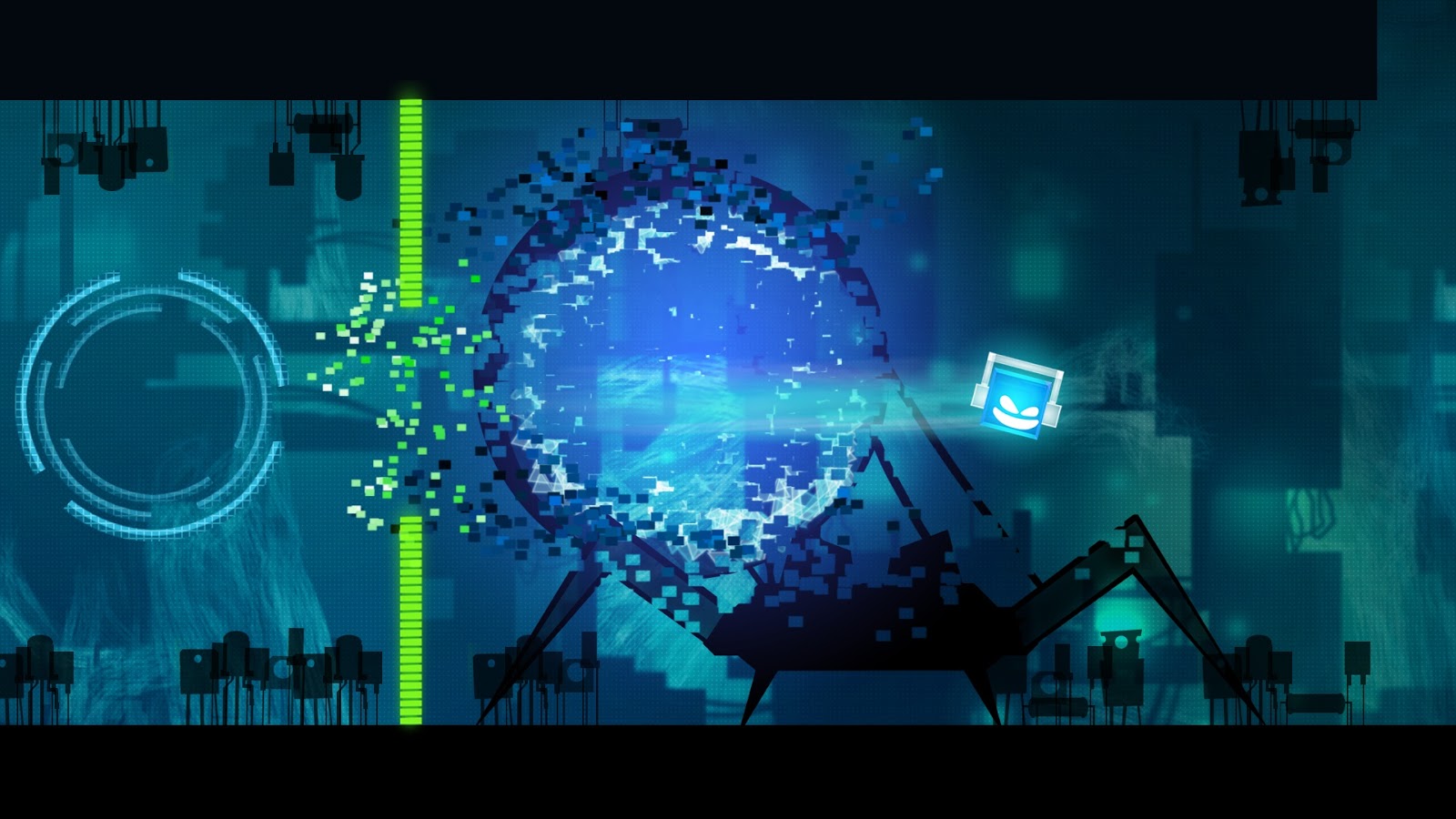 I ended up finishing this game after about three hours, and while there is a time-attack mode, you can go back and revisit various scenes and try to do better in them. I just call it, ‘jukebox mode’, where you load up time-attack mode and just let the music play in the background. It’s a fun title, a bit on the short side, and the story is bare-bones at best, but who plays rhythm games for the story anyhow?  Certainly not me.

There is nothing here that is truly lacking, but there was still room for the game to grow and develop upon the mechanics that have been implemented. Inside My Radio provides plenty of action, but almost comes away feeling as though this could be the foundation of something more in future releases.