We have been big fans of SteelSeries here for a while now, and with E3 came some new announcements by the vendor worth taking note of.

SteelSeries, the global gaming peripherals leader, today announced a new version of the Stratus XL Wireless Gaming Controller that is specifically designed for Windows and Android gaming. Gamers now have the option to control their games effortlessly and wireless via Bluetooth® on PC, Android devices, Amazon Fire TV, Ouya and other micro-console systems.

“When SteelSeries introduced the first Stratus Controller we believed that the gaming ecosystem was on the cusp of changing and that gaming was becoming less restrictive to players who wanted to game on their mobile devices. Two years later we see this evolution happening across multiple platforms and devices,” said Ehtisham Rabbani, SteelSeries CEO. “The new controller creates an easy-to-use experience and allows that multiscreen experience to really happen.”

Play all of your controller-enabled Steam® games with the Stratus XL for Windows & Android, which leverages the Microsoft® XInput game controller API. With XInput, the Stratus XL will function just like a console-style gaming controller on PC. Supported by the SteelSeries Engine software suite, gamers can personalize the controller, adjust joystick settings and sensitivity levels, and invert the axis.

Compatible on multiple platforms and devices paired with thousands of games on the Google Play® Store and on Steam, marks the Stratus XL for Windows & Android as the most versatile wireless gaming controller on the market. With thousands of game titles to choose from, the new The Witcher 3: Wild Hunt as well as Grand Theft Auto V, Call of Duty: Advanced Warfare, Outlast, The Binding of Isaac: Rebirth, Killing Floor 2, Middle-Earth: Shadow of Mordor, and ARK: Survival Evolved are just some of the controller-enabled games that when combined with the Stratus XL gamers are in for an incredible experience.

The Stratus XL for Windows & Android is available starting this July for $59.99 / €59.99.  Gamers can find more details and be alerted when the controller is available to order at http://steelseries.com. 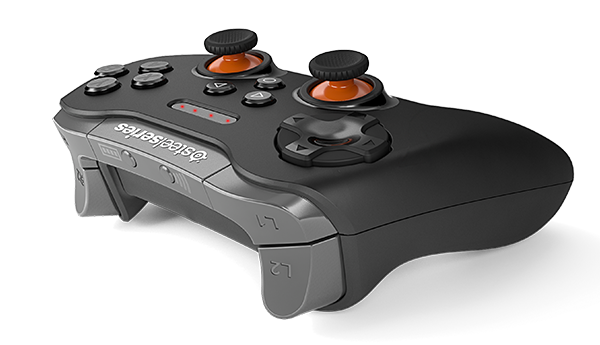 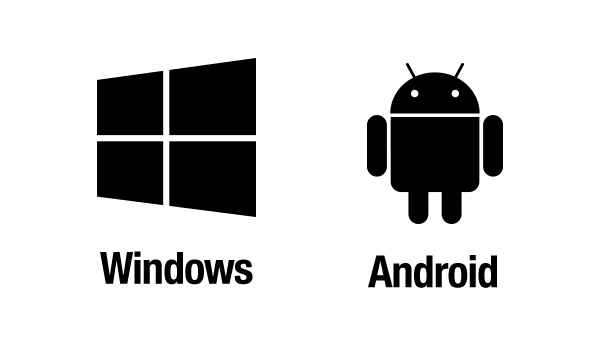 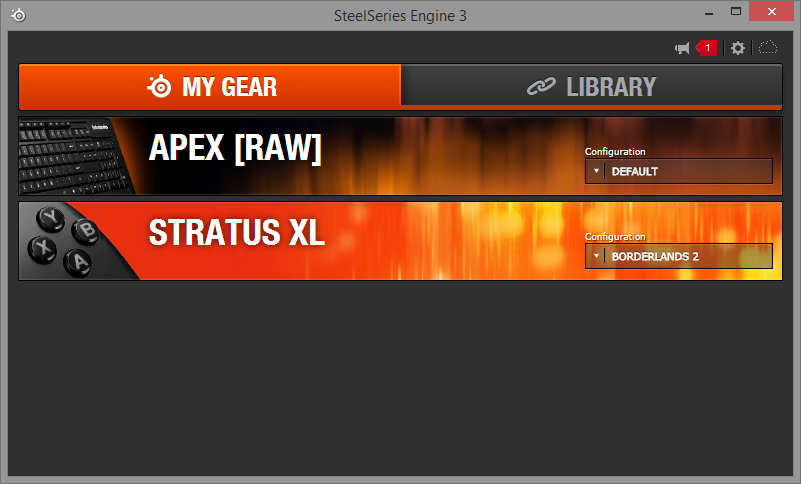 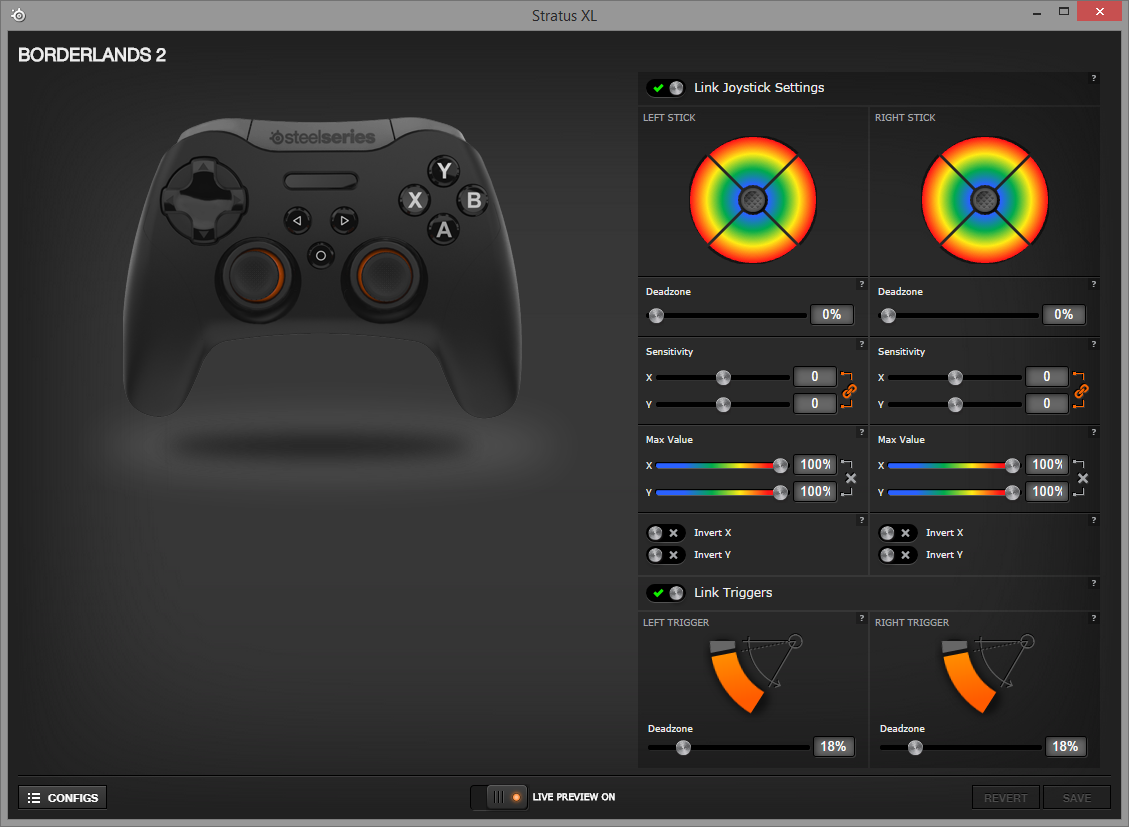 SteelSeries is introducing a new gaming surface to its award-winning mousepad line-up: the QcK XXL Professional Gaming Mousepad. This oversized mousepad provides the perfect surface for total freedom of movement. Measuring three feet in length and constructed of high-quality, heavy-duty cloth material, the QcK XXL is the ideal accessory for gaming enthusiasts, especially those who are using mice with low sensitivity settings.

This massive mousepad’s optimized surface guarantees a precise, consistent glide and provides maximum comfort for your wrist and hands. 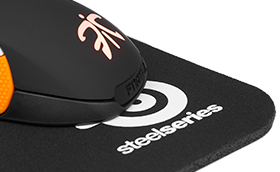 SteelSeries Siberia Gaming Headsets for Xbox One and PS4:

SteelSeries, the leading global manufacturer of gaming peripherals, today introduced six new console gaming headsets. Combining more than a decade of global gaming expertise with tournament-tested insights from eSports professionals, SteelSeries Siberia headsets are designed to deliver a new level of comfort that console gamers have never felt before. For Xbox One gamers, SteelSeries is introducing the Siberia X100, Siberia X300, and Siberia X800, each featuring a SteelSeries Xbox One adapter giving gamers fingertip control of volume, chat, and settings. For PlayStation gamers, the Siberia P100, Siberia P300, and Siberia P800 are designed for audio and communication on PS4®.

SteelSeries’ Siberia X800 and P800 Wireless Universal Headsets deliver professional-quality audio with Dolby® 7.1 virtual surround sound and exceptional comfort for limitless hours of gameplay and audio entertainment. The headset wirelessly connects to your Xbox One or PS4 console and other devices, giving you immersive, low-latency, and lag-free, gaming audio. Ultra-soft memory foam earcups offer gamers amazing comfort, and rotate to lie comfortably around the neck during breaks from marathon gaming.

Adjust the volume, mix, EQ, and more with convenient controls directly on your headset. For chat capabilities on Xbox One, connect the headset via 3.5mm cable directly to the adapter and chat clearly with teammates and friends during gameplay. Unlike competitive headsets, there are no tiny blinking lights to try and decipher; instead the beautiful OLED transmitter displays profiles, audio sources, battery life, volume and more. The large display makes it easy to see and operate from the comfort of your couch.

While the competition waits for interference to be detected before changing channels, we avoid it completely. By continuously hopping between frequencies, the Siberia X800 and P800 bypass all possible interference giving you a perfect connection. Additional features include:
•5-band EQ – equalizer settings to fine tune your audio
•ChatMix – controls the audio level balance between the action in your game and the communication from your team.
•LiveMix – automates the ChatMix feature and automatically turns up chat and turns down the game audio when voice communication is detected.

The SteelSeries Siberia X300 and P300 are the most comfortable console gaming headsets in the world, bar none. The Siberia headset is 70% preferred when tested against the top competitive headsets brands. The dominating results of the Siberia Challenge are due to the combination of the iconic Siberia suspension headband, offering enduring, lightweight comfort, and exceptional sound quality.

Its powerful, next-gen SteelSeries speaker drivers offers a rich soundscape with the support of Microsoft® 7.1 Virtual Surround Sound on Xbox One. The noise reducing memory foam ear cushions isolate the natural sounds and powerful bass while keeping out outside noise. A retractable, flexible crystal-clear microphone can be muted with the flip of a switch behind the earcup.

Previously a PC exclusive, the Siberia X100 and P100 bring a remarkable audio experience to console games. These affordable headsets allow gamers to experience how professional gaming headsets should feel and sound. The headsets give gamers breathable, soft-padded earcups on an over-ear design that rests easily on the head. The 3.5mm plug connects to the wireless controller and also works great on mobile devices and other platforms for a new level of audio fidelity no matter where you listen.

The SteelSeries Siberia Gaming Headset line for Xbox One and PlayStation 4 players is available exclusively in North America on Amazon. Follow our team on social media for more new product news coming out of E3 2015 at http://facebook.com/steelseries. 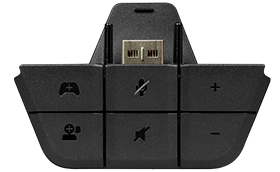 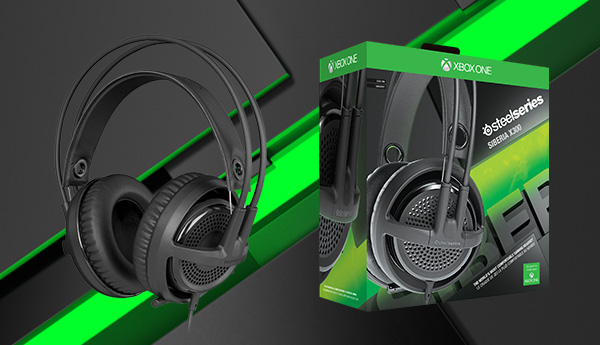 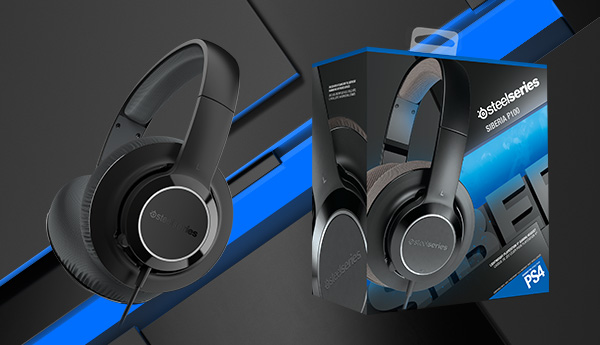 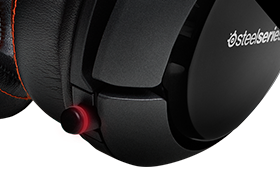 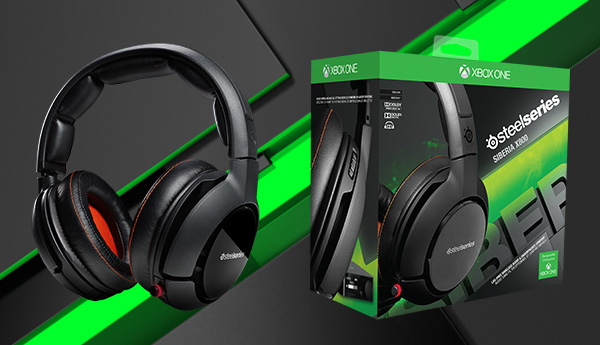 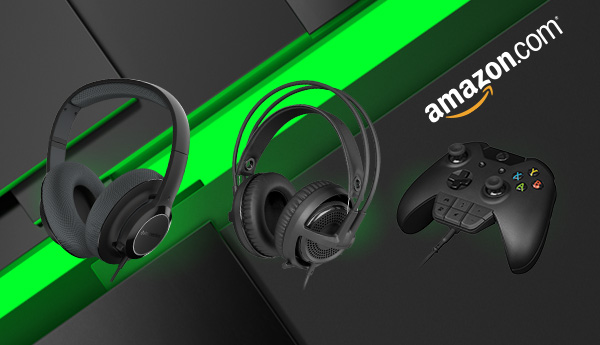 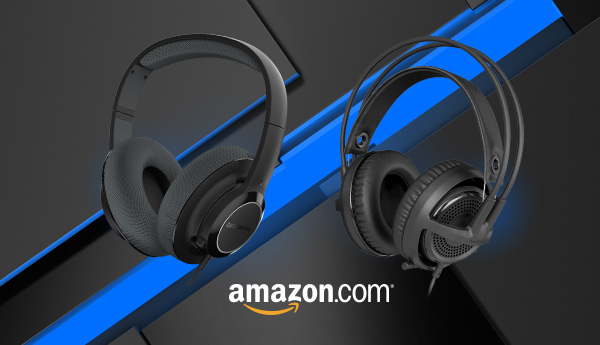 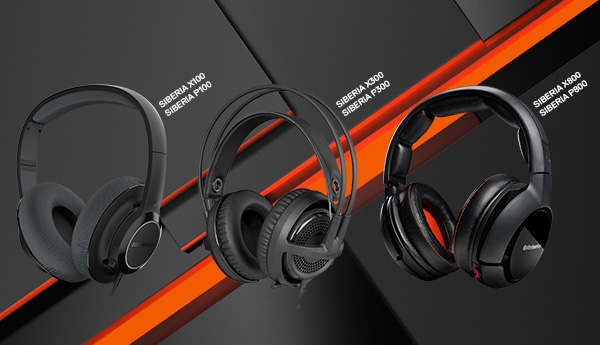 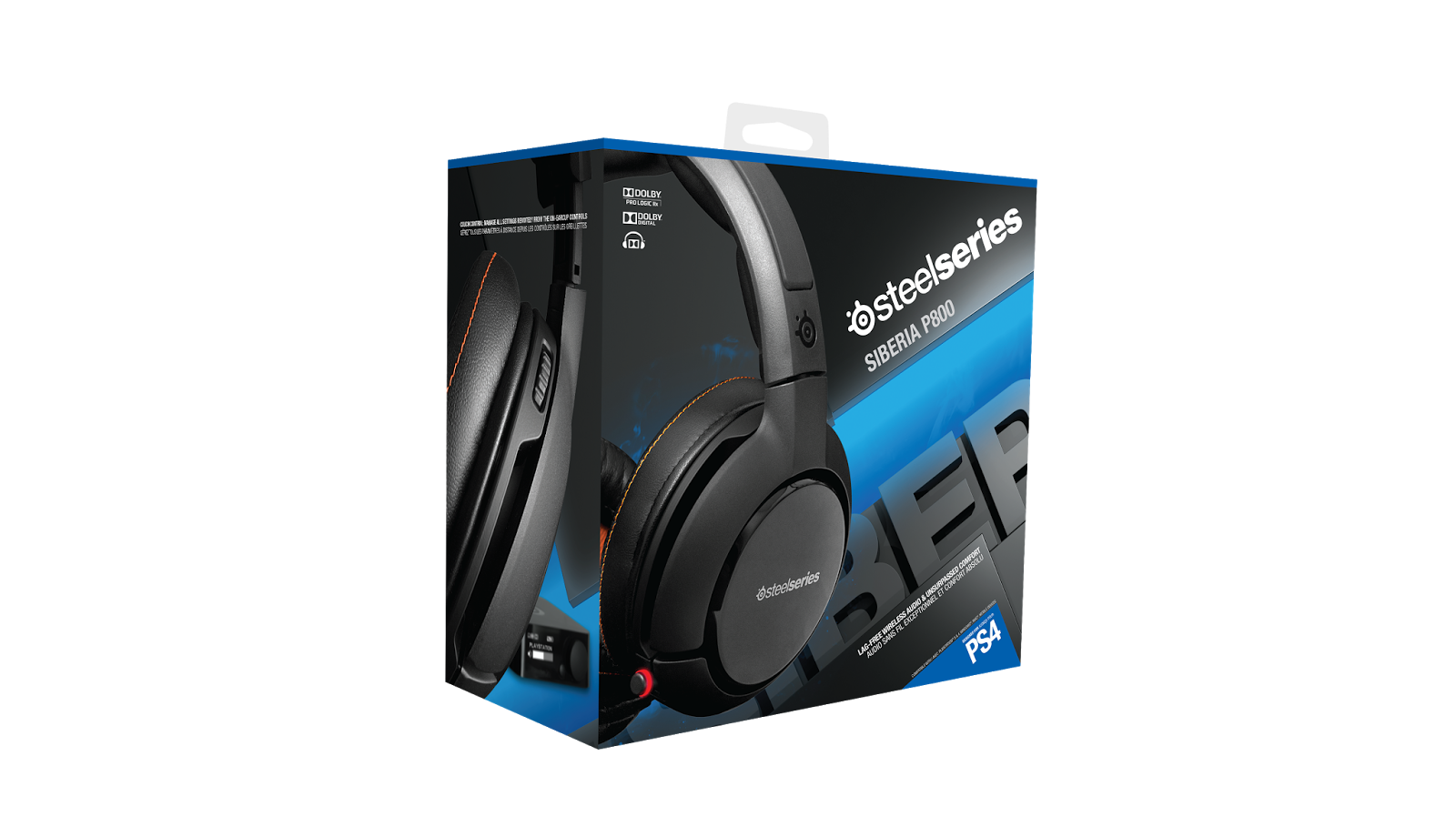 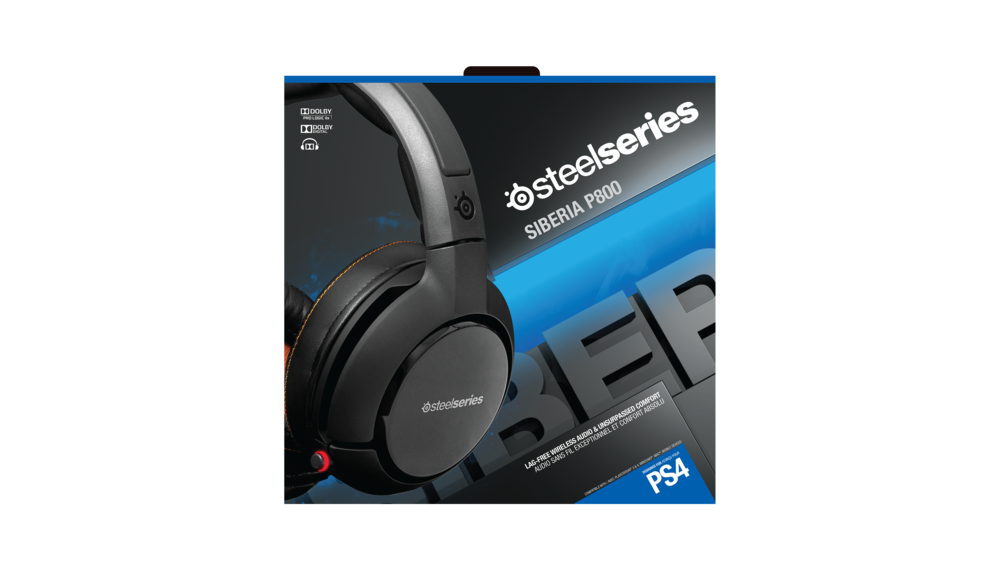 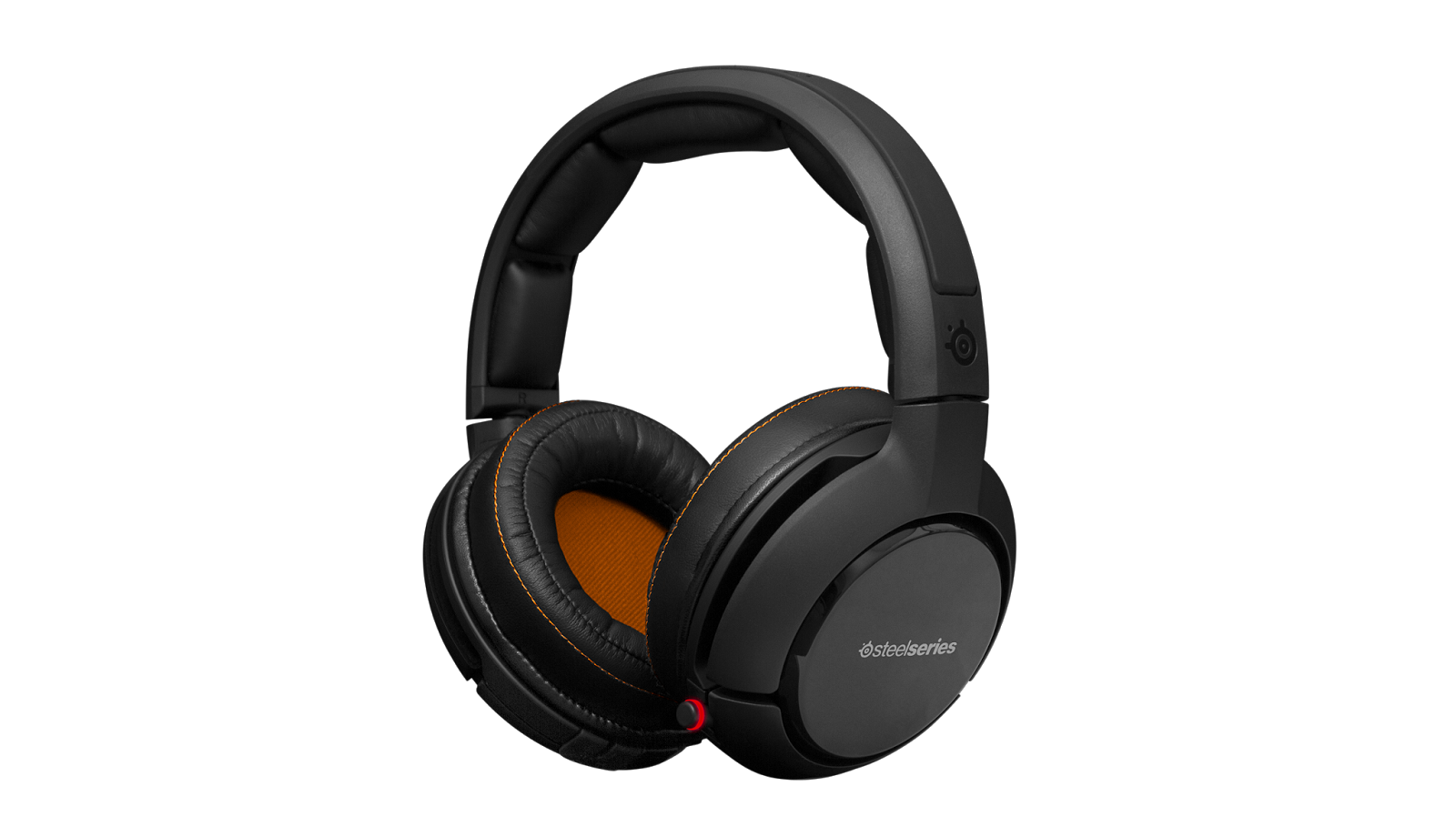 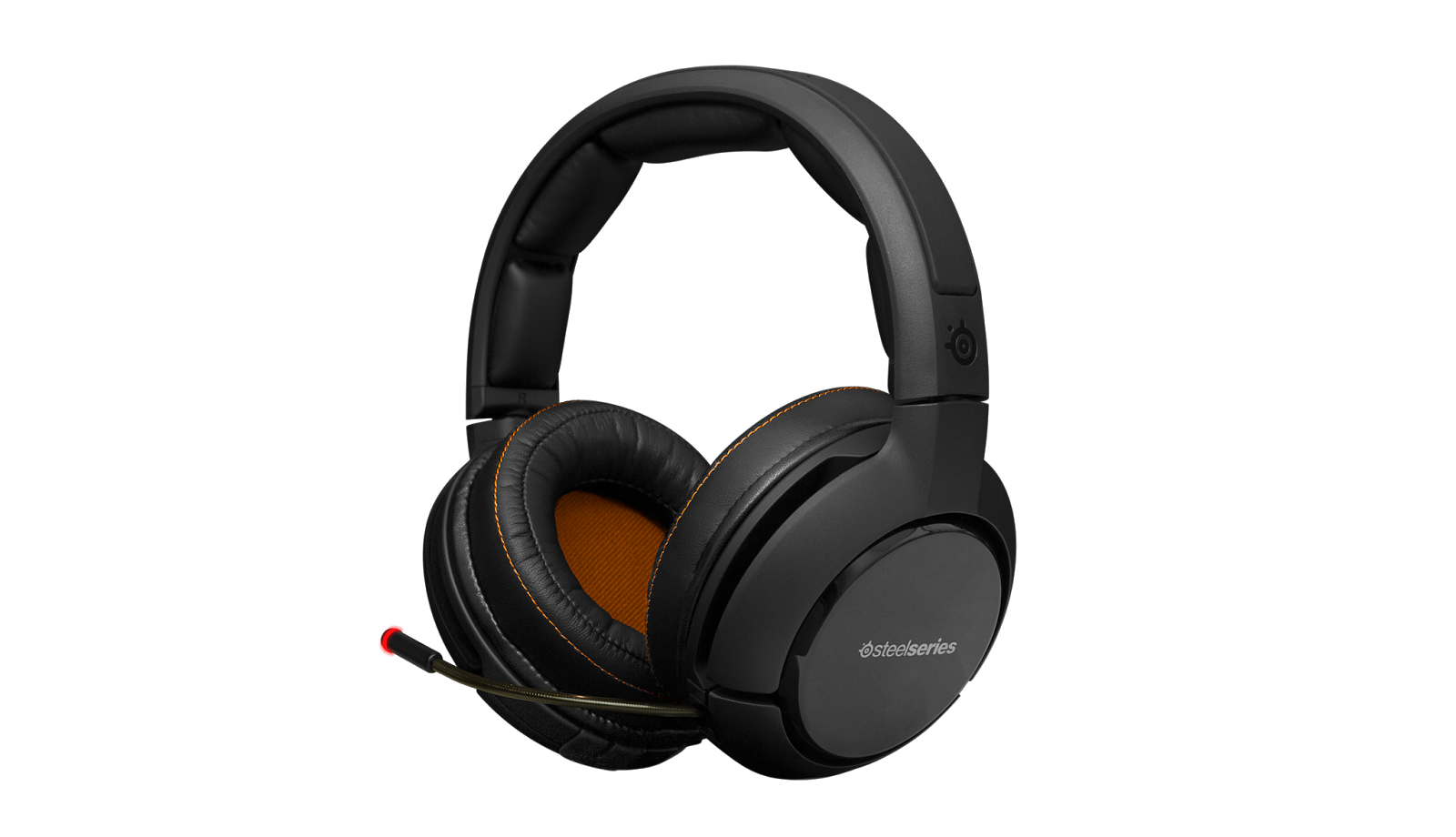 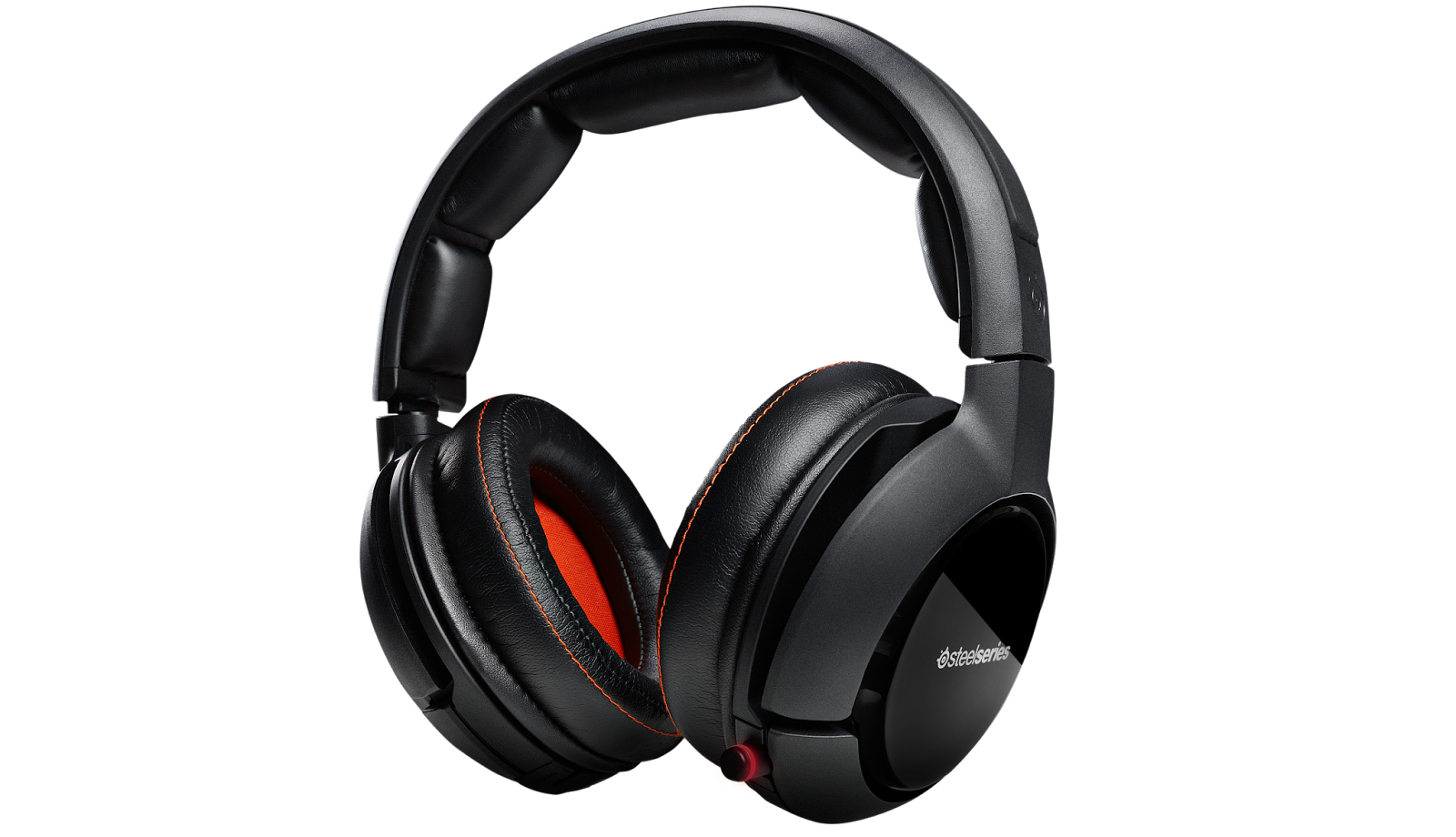 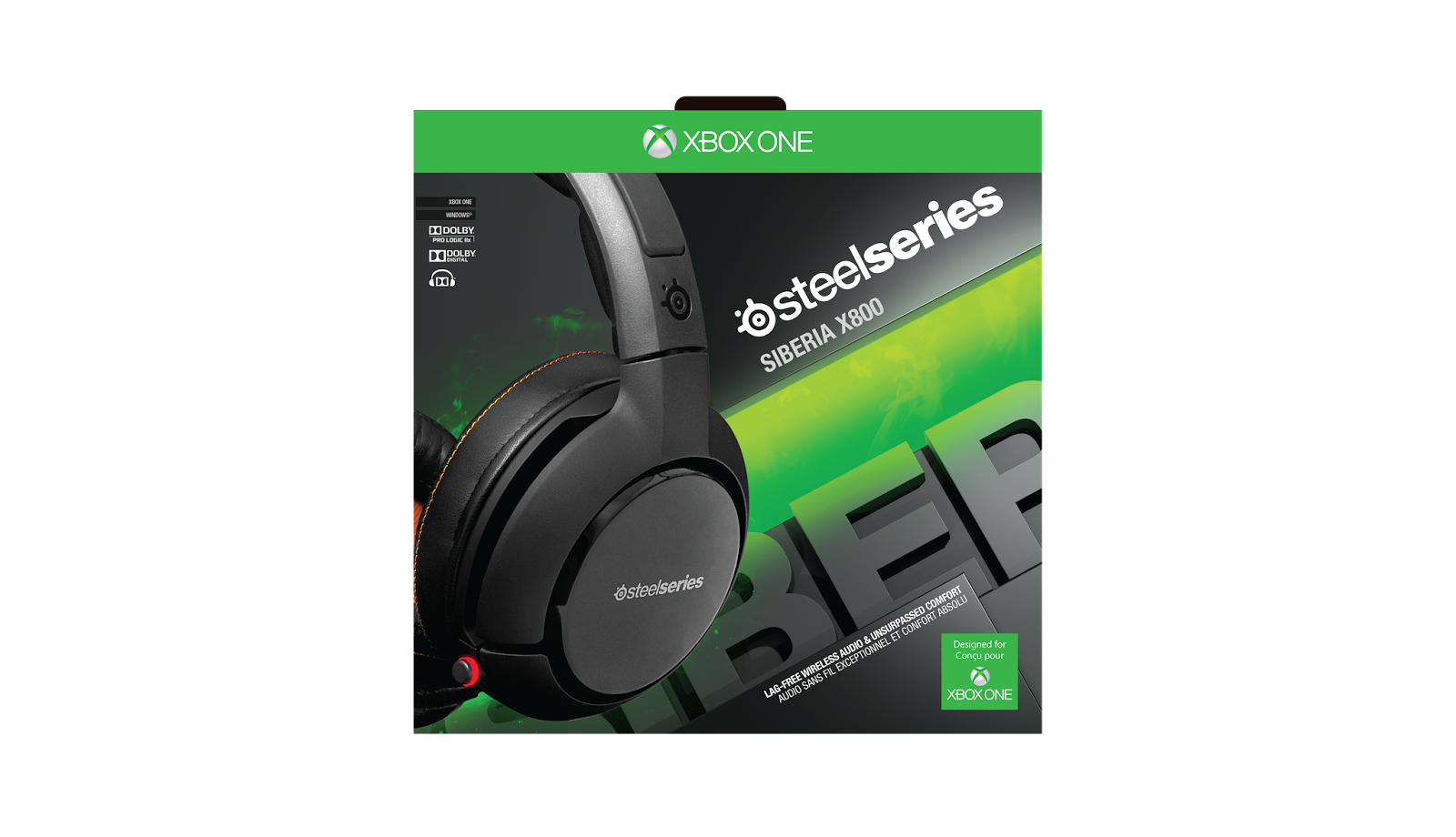 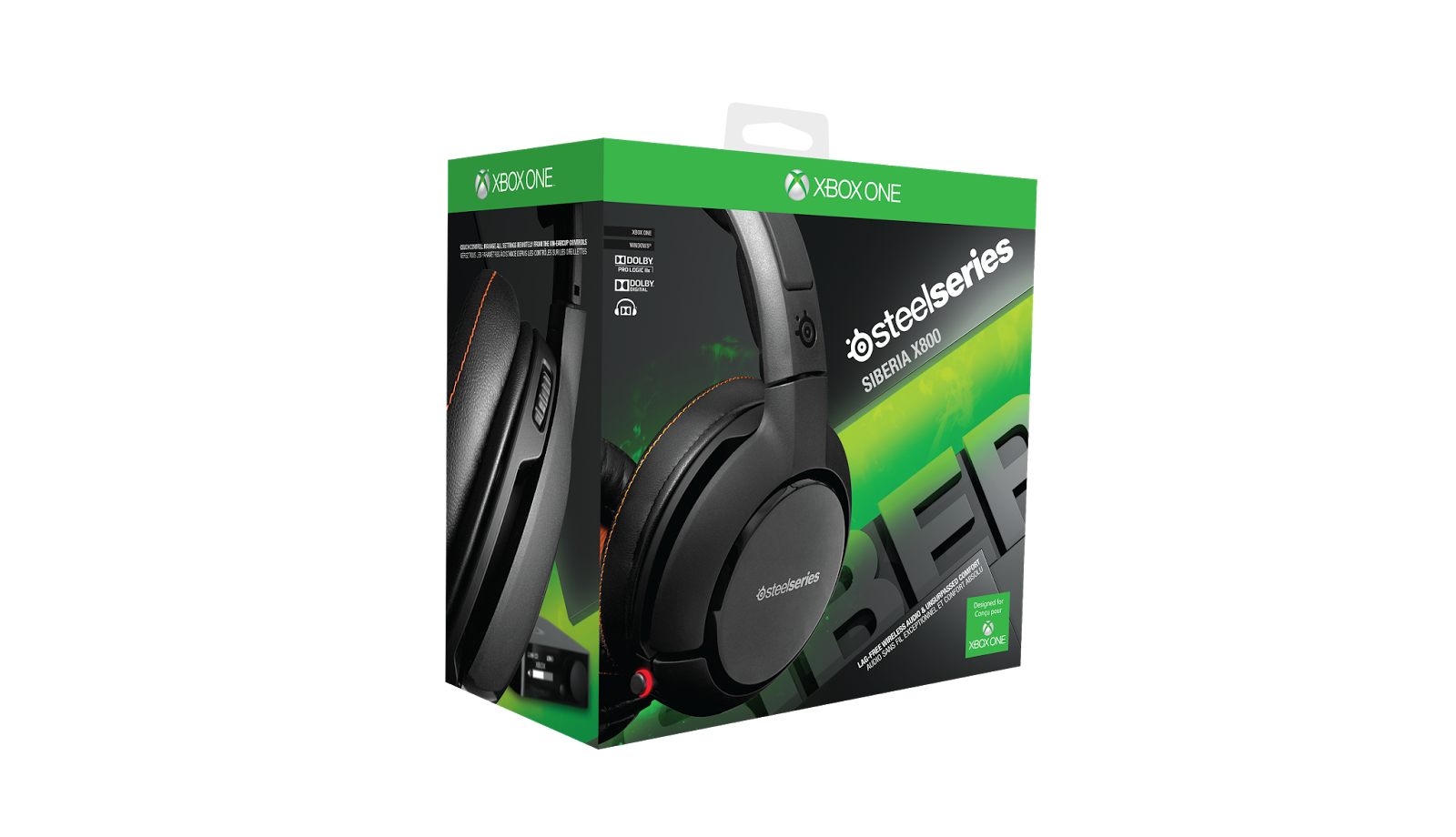