Visual novels have found a new home in Steam. In previous years it was difficult to get your hands on any translated VN’s and even those were a bit circumspect given that they were fan translations and often ran into issues with grammar. For the die-hards out there though, it was great. We were able to get a generally decent story (and often interesting) told in a new medium that we were able to enjoy in quick spats here and there. Along came publishers like Sekai Project that took advantage of the massive reach that Steam has and began bringing as many visual novels to the masses as they could. I for one am thankful. 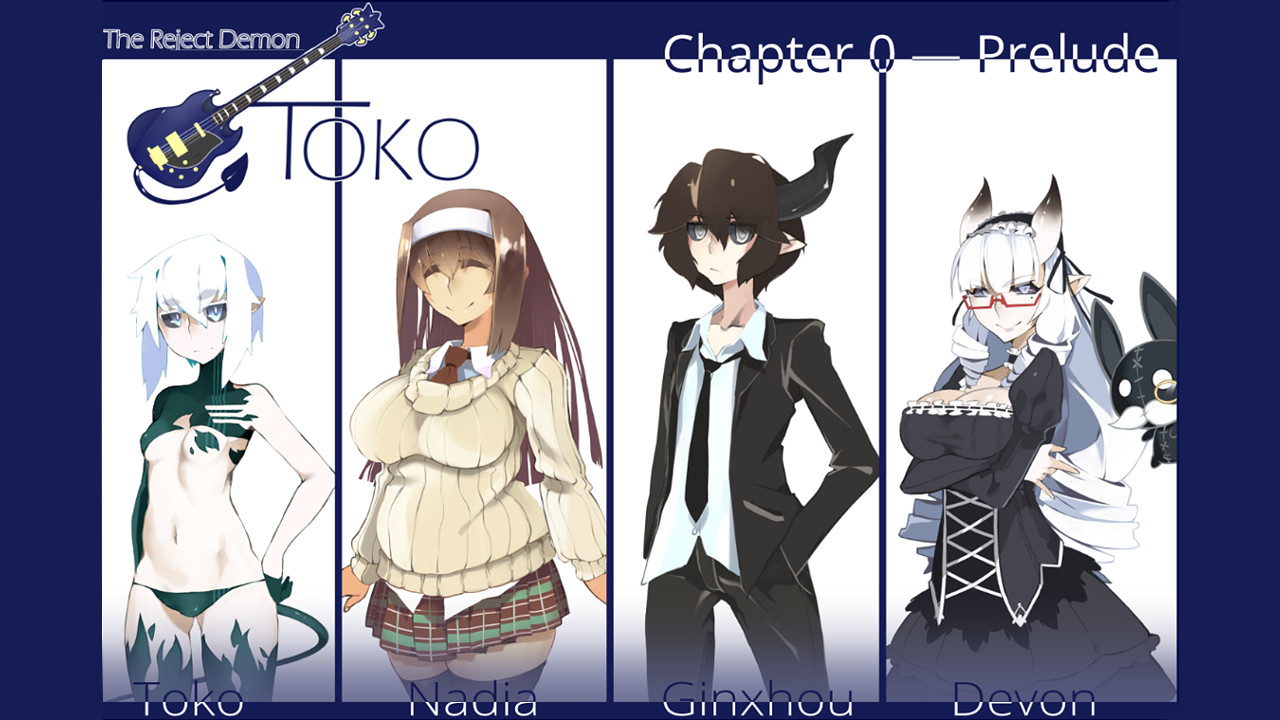 Sekai Project’s latest publishing is The Reject Demon: Toko Chapter 0 – Prelude where you follow a young demon exiled from Hell for her lack adhering to the rules and taking the souls of humans. As Toko you will be thrust into the uncomfortable role of being banished from Hell and then forced to wither away on Earth as a human unless she can finally ferry a soul to the afterlife.

Common to a number of more recent visual novels to be and released on Steam, fan service is found throughout The Reject Demon. However, unlike some of the other VNs that we have reviewed, the fan service is a bit understated which is rather refreshing. The art style as a whole is quite refreshing actually as one of the main characters, Nadia is actually a heavier character. Most anime-styled content depicts women in a hyper-sexualized fashion (well, not just women, men too) and while Nadia is far from unattractive she is, for lack of a better term (and I apologize for how brusque it is), quite chubby. 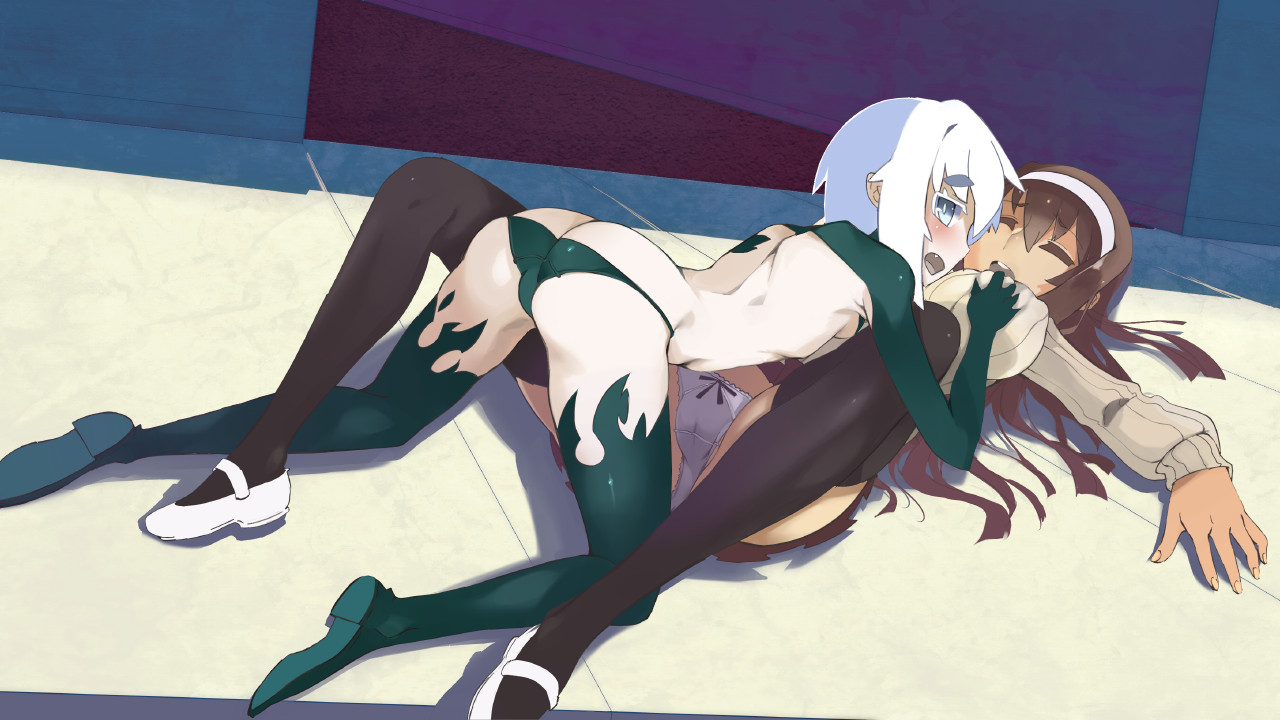 I was blown away, pleasantly surprised, and quite pleased that there was a large character written into a story, you just do not find that all that often in a visual novel, anime, manga, or other Japanese-inspired medium. Outside of the non-conventional character size, Toko Chapter 0 has some solid art and backgrounds though at times some of the more interesting images can be taken up by walls of text; a minor annoyance and one that is sort of expected given the fact that it is a visual novel.

The story is solid, something of a coming-of-age / deal-with-the-consequences style of story with a bit or eroge mixed in. I have read a number of visual novels and seen dozens upon dozens of different anime and rarely have I ever been uncomfortable the way that The Reject Demon makes me uncomfortable. There were times where I simply struggled to continue reading due to Nadia’s unwelcome and unnecessary sexual harassment of Toko; to be honest there are times it felt a lot like they were leading up to rape and that is, frankly, terrible. The mentioning of certain gestures and the way that Nadia would just happen to try to “help” Toko do something was basically molestation and that does not sit well with me. 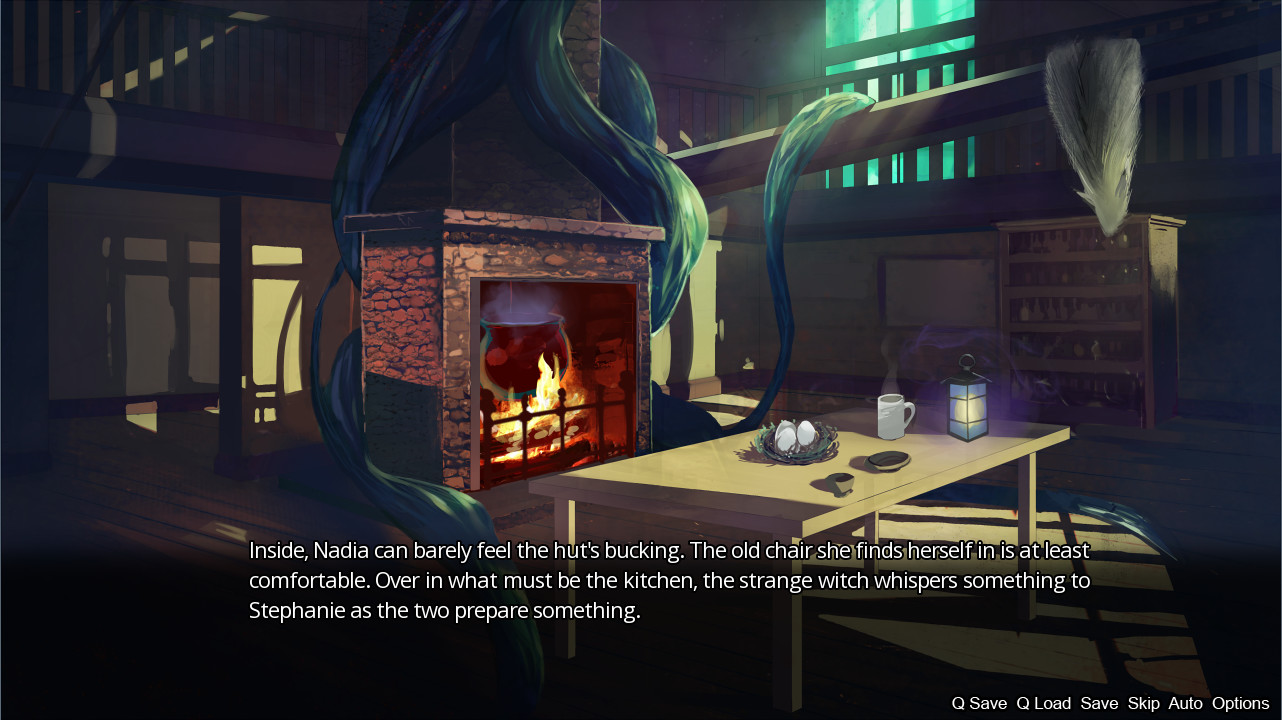 Fortunately there are only a few places where it really bothered me, as the rest of the time the weird affection that Nadia has is more subdued. Toko is written extremely well as a naïve demon-turned-human who is trying to learn the ways of the world; it would be nice to see the same level of care and appreciation used in writing Toko’s story spread throughout some of the other characters. I do have to say though, that Ginxhou a demon that is basically a zombie is well done and offers some solid laughs.

The Reject Demon: Toko Chapter 0 – Prelude could be the start to an excellent series, however using the dangerous and disgusting concepts of molestation and harassment really struck a negative chord with me. Fortunately some of the other characters, Toko especially are written well and help tear the focus away from such degrading acts, though that does not excuse the use of them. A solid art style with some unconventional character designs is quite appealing and certainly makes The Reject Demon one of the better looking visual novels out there. Even with the uncomfortable behaviors of Nadia, The Reject Demon is a solid visual novel and should definitely join the library of those fans of the genre out there (like me) that just cannot get enough.