There is no doubt that Deception is a quirky title that may not appeal to everyone (though the original game still ranks as one of my favorite PlayStation titles on the original console). For those of you on the fence about this game, Koei Tecmo as you covered with a playable demo. 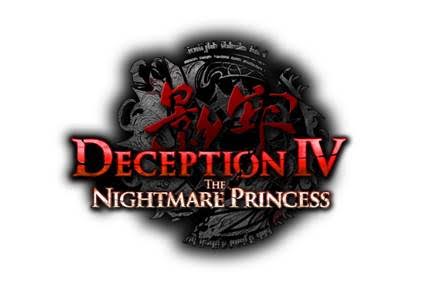 
KOEI TECMO America is pleased to announce the release of a free downloadable demo for upcoming guilty-pleasure, trap action title DECEPTION IV: The Nightmare Princess, the PlayStation®4 debut for the Deception series, produced by the creator of the Fatal Frame (aka Project Zero) series, Keisuke Kikuchi. KOEI TECMO America also released today a batch of new videos to demonstrate how players can use their creativity to create humiliating and over-the-top trap combinations.

This robust demo is available on the PlayStation®Network Store and will include a rich selection of content, geared to whet the appetites of both newcomers and experienced players of the series. Specifically, the demo will include the first two chapters of the Story Mode, which feature a detailed tutorial designed to teach new players how to maneuver their character, set traps, and activate them at the right moment to defeat their enemies before they attack. There will be no missions playable in this section.

For experienced players in the world of Deception, the demo will highlight the new Quest mode and the brand new character, Velguirie. There are a total of 12 Quests, which can also be saved, downloaded, and replayed from the Kagero Studio. To showcase what the gameplay would be like on higher levels, some features have been unlocked early. These include the ability to create 7-trap-long combo sequences, as well as some of Velguirie’s unique powers (Kick and Dash). Save data from the demo will not be transferrable to the full game as it includes a levelled-up character in the initial Quests. However, for those that would like to show off their combos, PS4 Share functionality will be enabled!

KOEI TECMO is also offering exclusive pre-order DLC bonus traps for those who decide to gain an early edge in creating the ultimate trap combo. Specifically, those who pre-order through GameStop will get an exclusive DLC set that includes: a ‘Grill’ trap (essentially a fire-walking pit), a ‘Kick-Off’ trap (a mechanical apparatus that kicks high speed soccer balls in the direction of the player’s adversaries), and a ‘Golden Toilet’ (a trap that shows up from the floor under the unsuspecting victim’s legs only to catapult them in the air with a jet of water!). PlayStation®Network will offer a ‘Golden Horse’ trap which takes its victims on an agonising and humiliating ride they will never forget.

About Deception IV: The Nightmare Princess

DECEPTION IV: The Nightmare Princess follows on the heels of Deception IV: Blood Ties, which revolved around Laegrinna, a deceitful fragment of the Devil’s soul who chose between Sadistic Torment, Elaborate Death, or Humiliating Demise, to defeat her foes through trickery. In this new installment players not only relive Laegrinna’s entire pursuit to free her father, the Devil, from his eternal prison, they also get introduced to an entirely new, wickedly sadistic, and infernally mischievous character: Velguirie, whose story is covered with a shroud of mystery. Taking the franchise’s spirit of casting the player in the side of evil up a notch, Velguirie has a unique set of abilities that develop as certain quests are completed. With an immense selection of traps at her disposal, she can also try to defeat the previous protagonists of the Deception series and add them to the player’s arsenal.