Whispering Willows is one of those titles that most people sadly did not pay a lot of attention to when it released on PC, despite solid reviews. That was a shame, because as PY noted in his review, this horror/adventure title was very well done and deserved notice. This makes us happy to see that Whispering Willows will be coming to a broader audience soon. 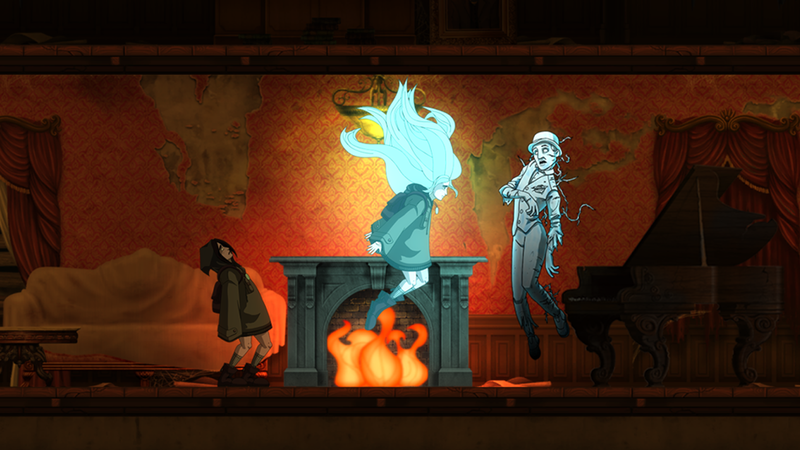 Indie publisher Abstraction Games is pleased to announce its partnership with developer Night Light Interactive to bring the acclaimed indie horror/adventure title, Whispering Willows, to Xbox One and the Wii U system this summer in conjunction with Night Light’s release of the game for Android and iPhone devices. Originating as one of the best-reviewed games on the crowd-funded Ouya platform, Whispering Willows is also in development for Windows 10.

Rich with narrative and filled with gorgeous hand-painted 2D visuals, Whispering Willows is a horror themed side-scrolling adventure where players take the role of Elena, a young girl determined to solve the mystery behind her missing father. Using a unique amulet gifted from her father, Elena possesses the extraordinary ability to project her spirit outside of her body. While in this spectral form, she can interact with the benevolent spirits and wicked wraiths that used to dwell within the walls of the sinister Willows Mansion. Help Elena use her astral projection to solve puzzles, help lost spirits, and uncover the mysteries behind her missing father.