I need to preface this with one particular statement. I suck at these.

XIIZEAL is a Vertical Shoot ‘Em Up that has some pretty crazy controls and a lot of fast paced action. I honestly haven’t played one of these since 1942 on the NES unless Resogun on the PS4 counts but that was a horizontal version. 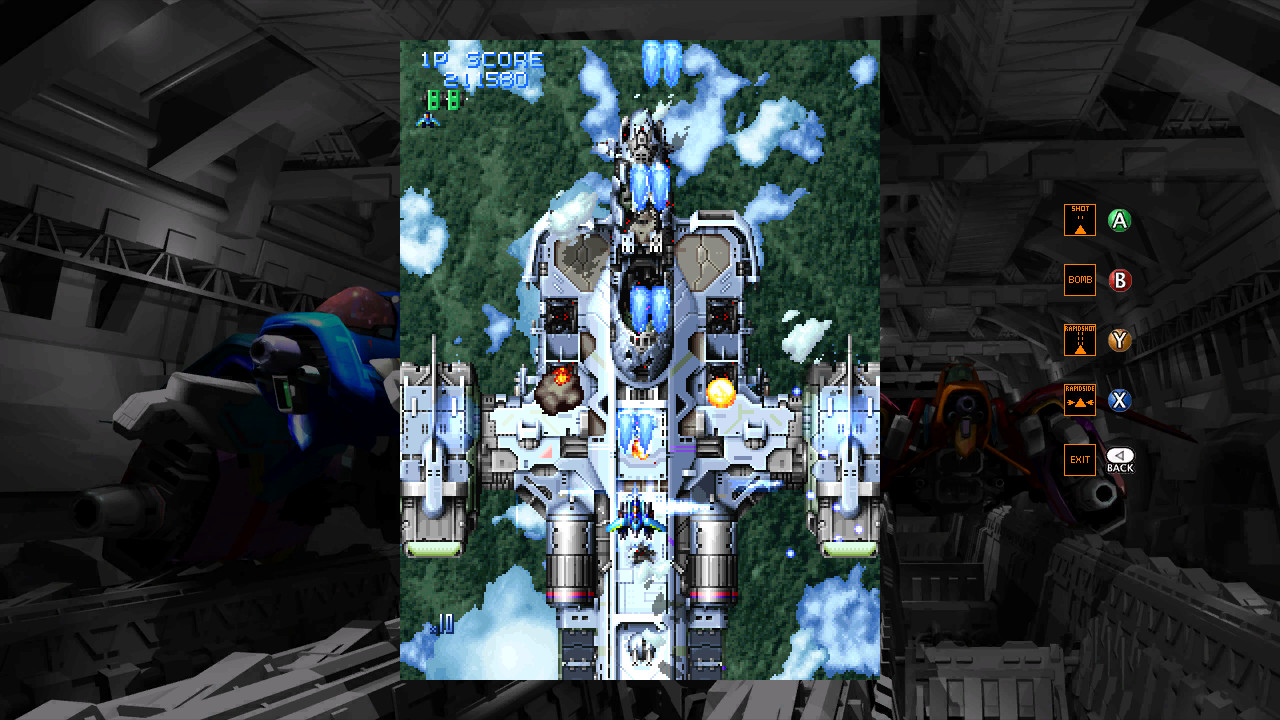 The aim of the game is to shoot anything that comes into sight and not be hit yourself. Available at any point in your arsenal are three different forms of shooting to blow up anything that would do you in first if you left them the chance to do so.

The first is your standard attack with a decent firing rate. The second is basically the same thing but with a turbo setting turned on which instead creates one massive stream of energy that can’t miss even if you tried. The third and most interesting which saved me in many cases is the option to shoot horizontally. Being able to hit anything coming up beside you instead of having to let it pass while dodging its shots was awesome! 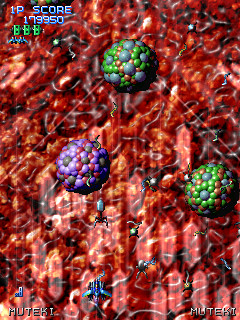 Finally outside of the realm of streaming bullets are bombs which can be detonated to not only blow up anything coming your way, but also absorb the bullets that are flying in giving you a few seconds of reprieve. Just try not to smack into anything else as you are not invulnerable to physical contact.

Working in the same manner as it was originally designed for back in the arcades, players have lives and tokens to keep track of. After your set of lives are used up, a message asking you if you wish to continue will appear. This message pauses the game and comes up with a counter asking for you to continue using up a token. On that note though, sorry everyone but there will be no spamming of the insert token to keep going after that last one has been used up. Instead there will need to be a careful mastery of each level and quick reflexes to not get hit my even just a stray bullet. I’ll let you all know when I manage to get to that point…

If you care for a laugh or really don’t believe me, here’s how bad I really am at these (editor’s note: I admit, I plan to have a bit of a laugh at PY’s expense).

XIIZEAL is a fun and quick paced Shoot ‘Em Up with solid controls that is easy to spend a lot of time on while continuously improving yourself. Now I just need to get better at these!